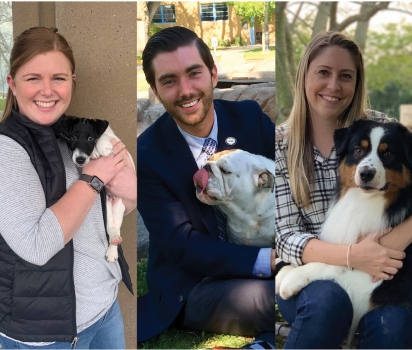 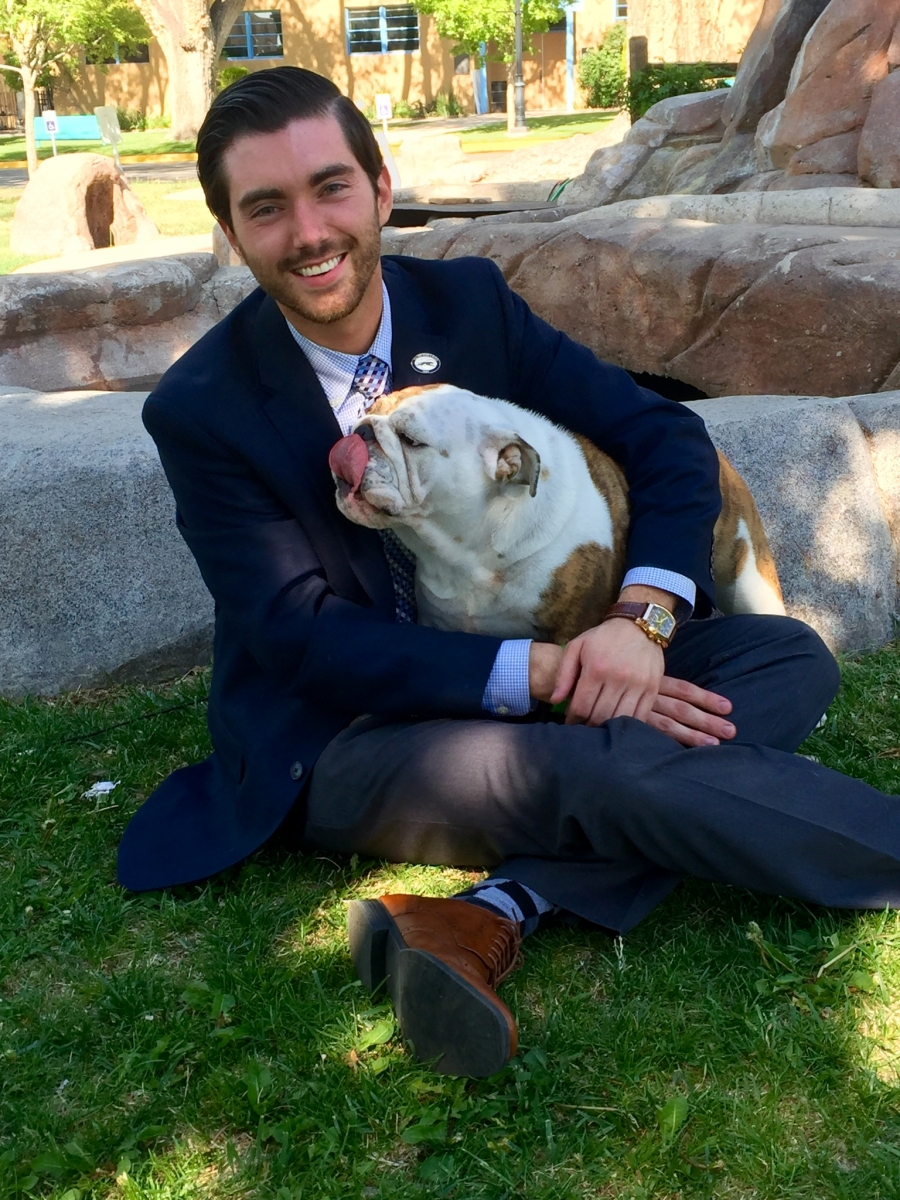 As we’re told over and over, much of our dog tradition comes by way of livestock, from anatomical names (hocks and withers, anyone?) to prioritizations in judging (shades of Annie Clark’s famous dairy-judging guide).

So it should come as no surprise that Brandon Edge’s grounding as one of AKC’s youngest judges comes from 4-H.

Growing up in a family that bred field Labs, Brandon exhibited cattle at 4-H shows, becoming a national junior judging champion at the tender age of 11.

In those intense competitions, constant quizzing by judges was the norm, covering everything from the standard to gestation periods to lifespan and even feed. “It didn’t necessarily come down to who could show cattle best – it was also who was knowledgeable,” Brandon remembers. “My years in cattle definitely laid a foundation for me, and really sparked my interest in judging.”

Acquiring his first French Bulldog as a teenager in 2006, Brandon began apprenticing for Chris Manelopoulos, attending shows throughout high school and college whenever he could – and sometimes when he couldn’t. (“I’m sure my professors were like, ‘This kid sure has a lot of family emergencies,’” he laughs.) Thanks to the mentorship of long-standing breeders such as Bob and Jean Hetherington in Bulldogs and Allen Weinberg in Frenchies, Brandon started to breed both, and showed for a small clutch of bullie clients. But when his career in pharmaceutical research began to burgeon, he made the decision not to become a professional handler, and instead applied to judge. He was first approved for Junior Showmanship three years ago. 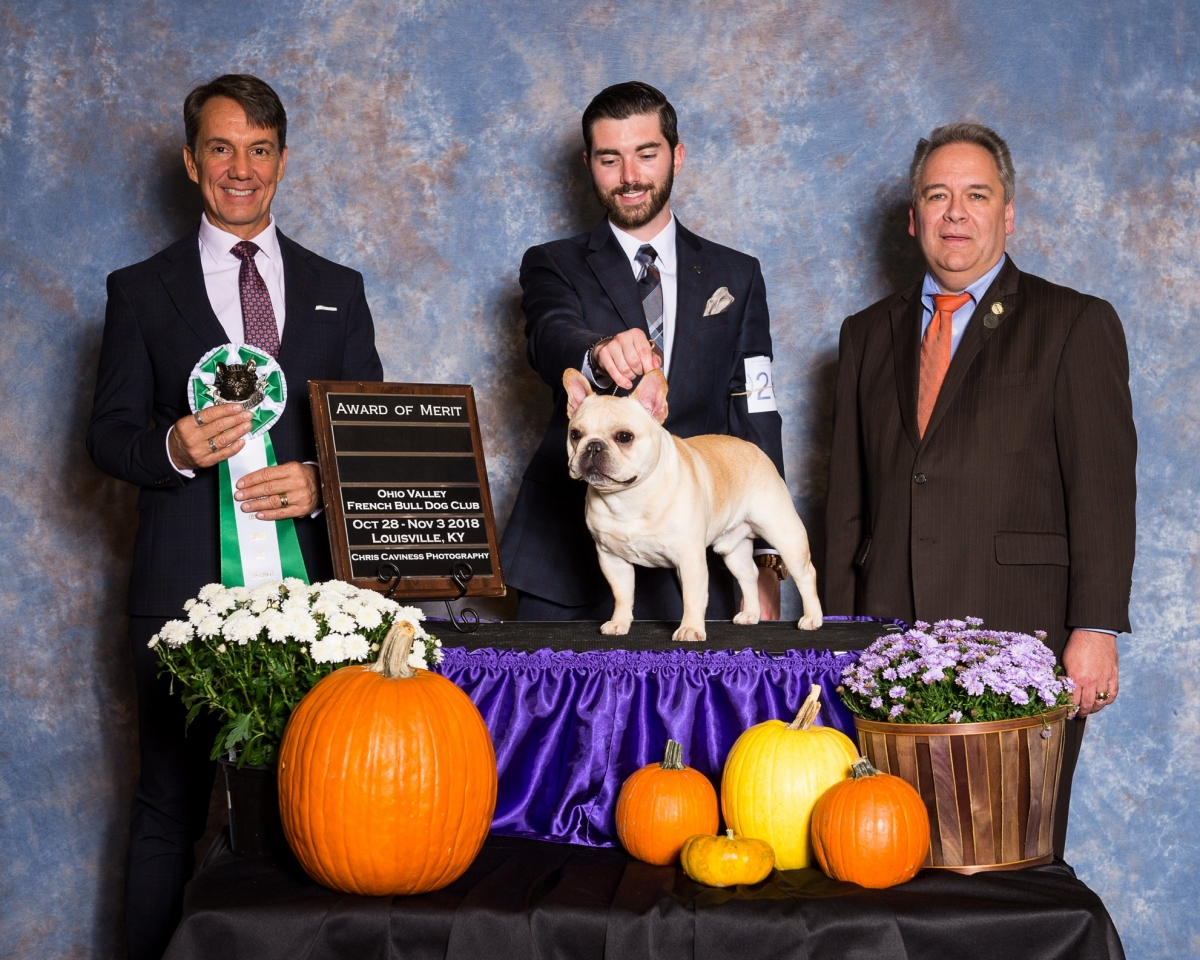 “Junior Showmanship is my favorite thing to judge, and unlike a lot of judges, I like to make the Juniors work,” he says. “Not every dog should be presented the same way, even dogs of the same breed, because they’re not going to have the same strengths and weaknesses. I want to see what their skill set is above the basics: Can you show off your dog’s virtues and minimize his faults?”

Last year, Brandon was approved to judge Bulldogs and Frenchies, and has just submitted his application for additional Non-Sporting breeds, as well as Cocker Spaniels: After traveling with Linda Pitts and striking up a close friendship, he has co-bred multiple litters with her over the years. 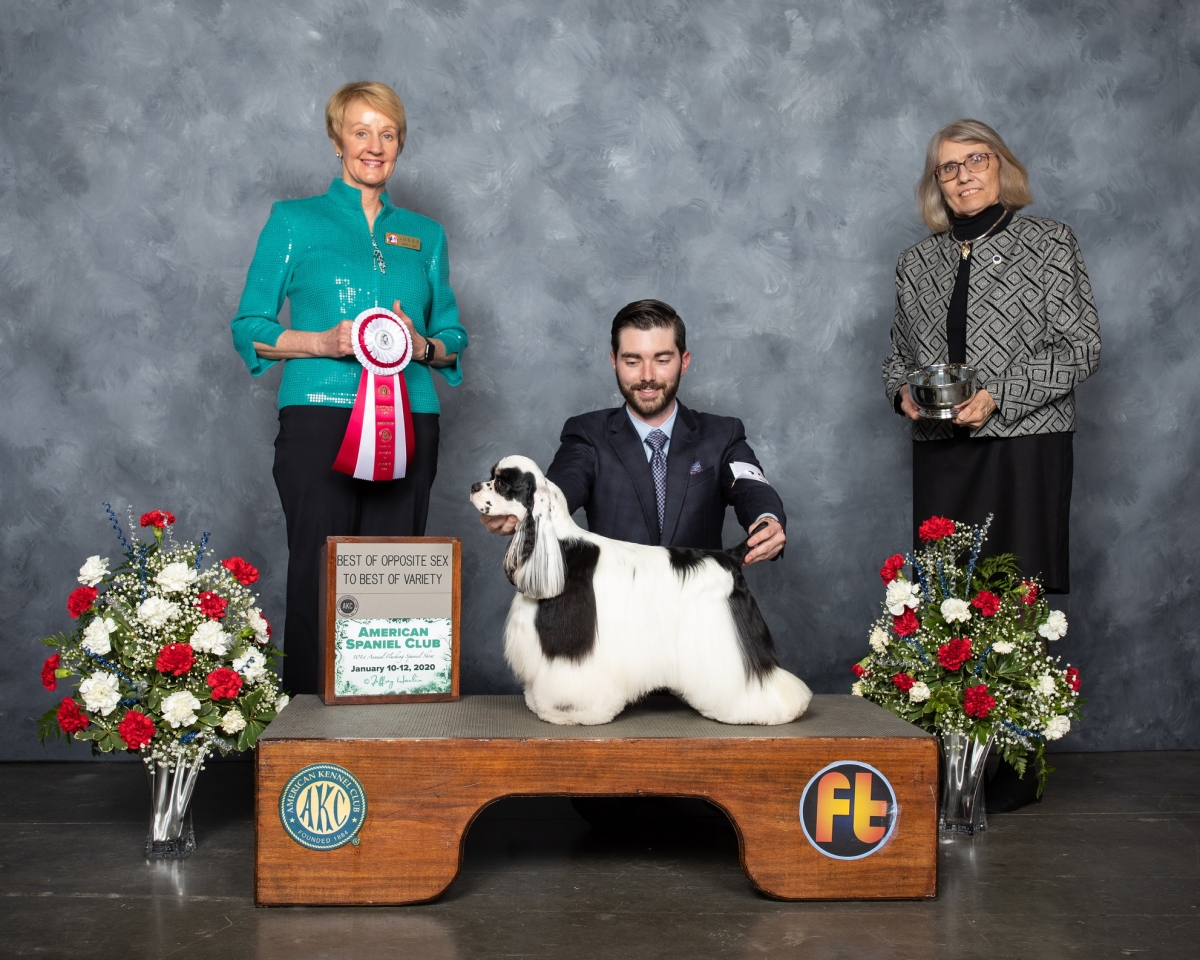 In a graying judging community where even 50-somethings can feel wet behind the ears, the age gap is sometimes unavoidably noticeable.

“When I show up on panels, some people are like, ‘I can’t believe you’re already judging,’ and as a younger person walking into a judges-hospitality room, you do kind of feel it,” he says, though many older judges have been incredibly supportive and welcoming. One gratifying byproduct of applying to judge, he says, is the feedback he’s gotten from other young fanciers who were initially leery of applying but reconsidered after seeing him succeed.

Currently on the boards of the Piedmont (NC) Bulldog Club and the Bulldog Club of Greater Greenville (SC), and recently nominated to be vice president of the French Bulldog Club of America, Brandon says the biggest lesson he’s learned is that one has to be open to knowledge – and not least of all, its source.

“To be successful is to listen,” he concludes. “You don't always have to be the voice in room – sometimes you have to be the ears. And make sure you’re in the right room.” 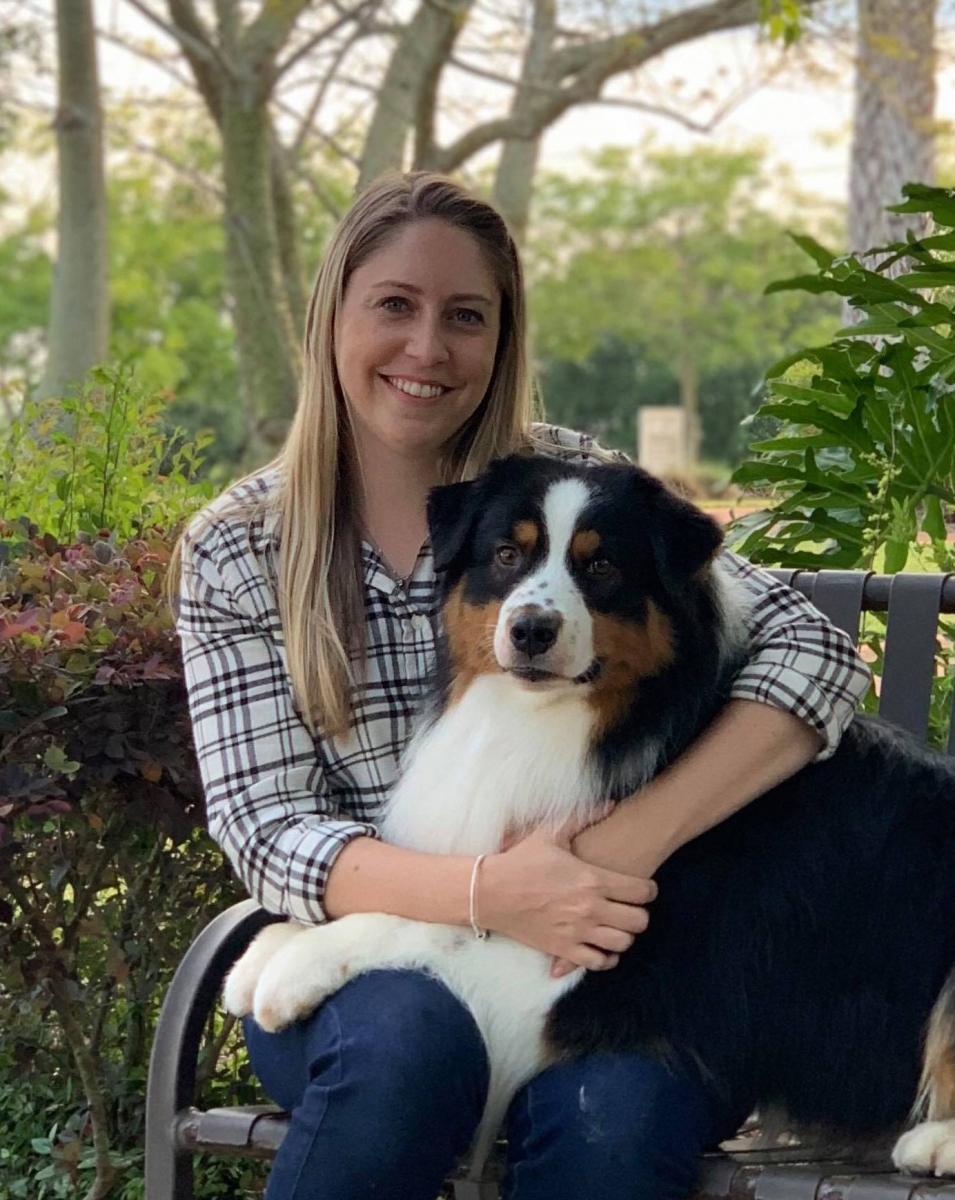 Lindsey Johns (formerly Grinels) checks off virtually all the boxes in terms of roles in our sport: In addition to breeding her Sandollar Australian Shepherds, she is a Junior Showmanship judge, a part-time professional handler specializing in Aussies and Poodles, and a board member of the Australian Shepherd Club of Central Florida. Maintaining a full-time job at Lockheed Martin, she spends her spare time – does it sound to you like she has any? – making grooming and handling videos for beginners on YouTube.

After a neighbor with Australian Shepherds introduced her family to the sport, Lindsey stepped into the ring for the first time at seven years old – with an Aussie, of course.

Among her mentors she counts her first handling instructor, Mary-Ellen Hatfield, who gave her a strong foundation for Juniors. “I remember her making me do crazy patterns in class, literally every letter in the alphabet.” Later, Lindsey worked for more than a decade for professional handler Kay Peiser, who taught her how to groom and present Poodles as well as other breeds, “how to run a successful set-up, communicate with clients, and get up NO LATER THAN 6:00 AM every … single … day.”

Eventually, Lindsey says, “I mastered the Poodle spray-up, and Kay trusted me to groom her Standard Poodle specials for all the prestigious shows.” Lindsey traveled internationally with Kay, even presenting a Standard at the World Dog Show in Paris, where she placed second in a class, besting her mentor. (“Whoops.”)

"I am forever thankful to Kay for the many tips and tricks she taught me about handling and bringing me on all her trips around the world," Lindsey adds. "Anyone who knows Kay knows she runs a tight ship. You’ve got to work hard day in and day out to earn your place and be successful in this sport! 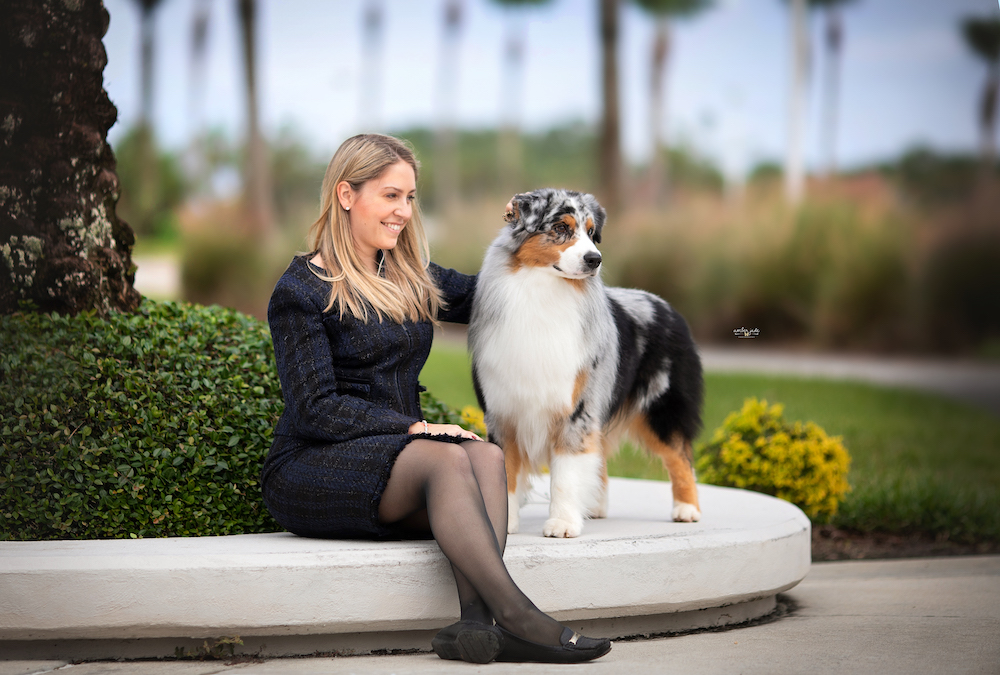 “The most important thing she has taught me is to see the best in people,” Lindsey says. “So many breeders don’t trust newcomers, and that makes it near impossible for them to get started in this world.”

Lindsey wishes that the AKC would encourage more communication between judges and the judged, such as requiring a short critique to explain placements after every class. “This would help new exhibitors not get discouraged,” she explains, “and also give some accountability to the judges.” Conversely, she’d like to see judges have the ability to ask breed-related questions of Juniors; they are, she reminds, “the future professionals of the sport and should be able to answer these questions in the ring.”

Also on the subject of Juniors, another thing Lindsey feels strongly about is not offering Junior Showmanship on Monday through Friday. “Juniors in public schools are unable to attend these shows, which gives an advantage to Juniors who travel with handlers and do school online,” she notes. “While I do applaud them for being able to do both, I believe AKC should even the playing field.” 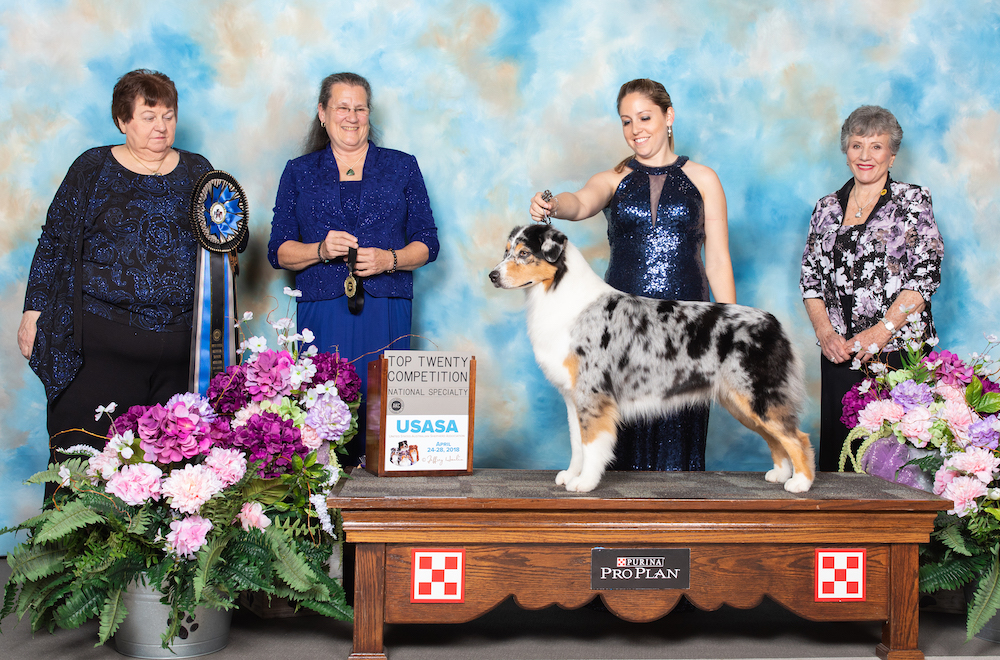 While Lindsey loves her Aussies, she admits it can be challenging to show such a popular breed. “There are many quality Aussies in the U.S., and I find it hard to stand out,” she says. “There have been many times that I’ve considered changing breeds to one that is less popular because – I think – it would be so much easier to stay in the rankings.”

And if she were forced to make a choice between staying on top or preserving the breed that she so loves? “Well … both, but I’ll keep doing the latter and however high we go is just a bonus!” she says. “It’s important to take a step back and be proud of what you’ve already done.” 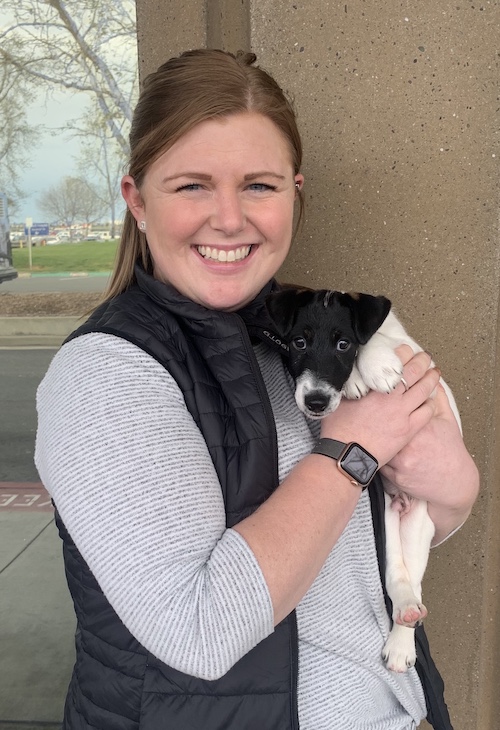 Baylee is a third-generation dog person in a family where each generation builds of the interests of those who came before: Her grandmother, Lynne Patterson, competed in obedience with her Siberian Huskies, while her mother, Bonny Lewis, continued with Siberians and became a professional handler. For her part, Baylee followed in her mother’s footsteps as a part-time pro – the two travel and show together – but gravitated toward her grandmother’s pet Smooth Fox Terrier, getting her first when she was 10. Like most young fanciers, she showed him in Juniors, but always found the breed ring to have a stronger gravitational pull.

“If I ever had a conflict between breed and Juniors, I’d always choose breed – I wanted to be in the Best in Show ring with the professional handlers,” Baylee says, noting that she piloted one of her later Juniors dogs into the Top 10 while showing in both. 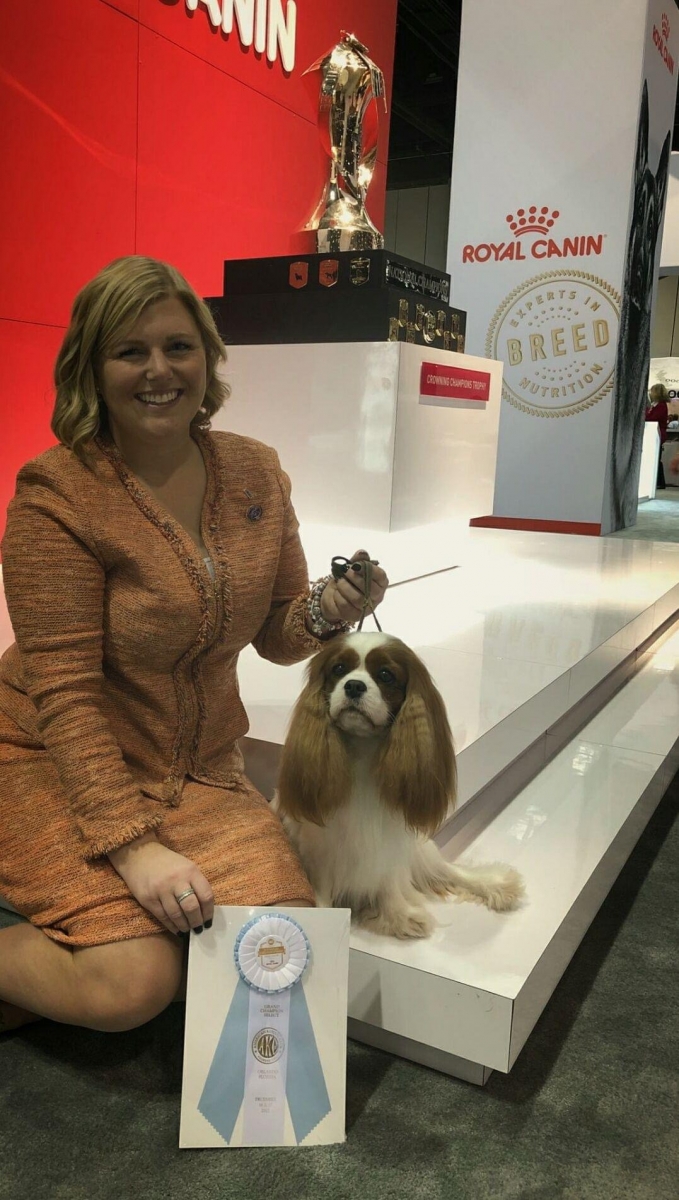 One reason she dropped out of Juniors by age 16 was frustration over judges who didn’t understand or reward breed-specific presentation. “With Fox Terriers, you just let them stand on their own,” she explains. “But most judges wanted you to be on the ground fussing with your dog – otherwise they didn’t look at you. I felt like I had to do things in Juniors that I wouldn't do in the breed ring just to place in the class.”

Baylee’s house dogs are something of a box of chocolates: Along with the Smooths, she has Tibetan Mastiffs and a Cavalier King Charles Spaniel. The Pacific Northwest is a hotbed of Tibetan Mastiff breeding, and after her mother specialed one in 2011, they acquired their first of these nocturnal-patrolling guardians, who, unlike the energetic terriers, prefer to snooze all day. Baylee added a Cavalier to the mix after showing a special that in 2017 became the first bitch of her breed to win a Best in Show in recent memory. (“We went back 12 years and stopped counting,” Baylee notes.)

Among her many mentors, Baylee worked for Linda Wells, who taught her how to groom various breeds. And Eddie Boyes, along with his late wife Lesley, is a “giant” mentor of hers. Baylee still remembers the advice he gave her when she was just getting into Smooths and was nervous about trimming her own dogs: “It’s just hair,” he said. “It’ll grow back.” 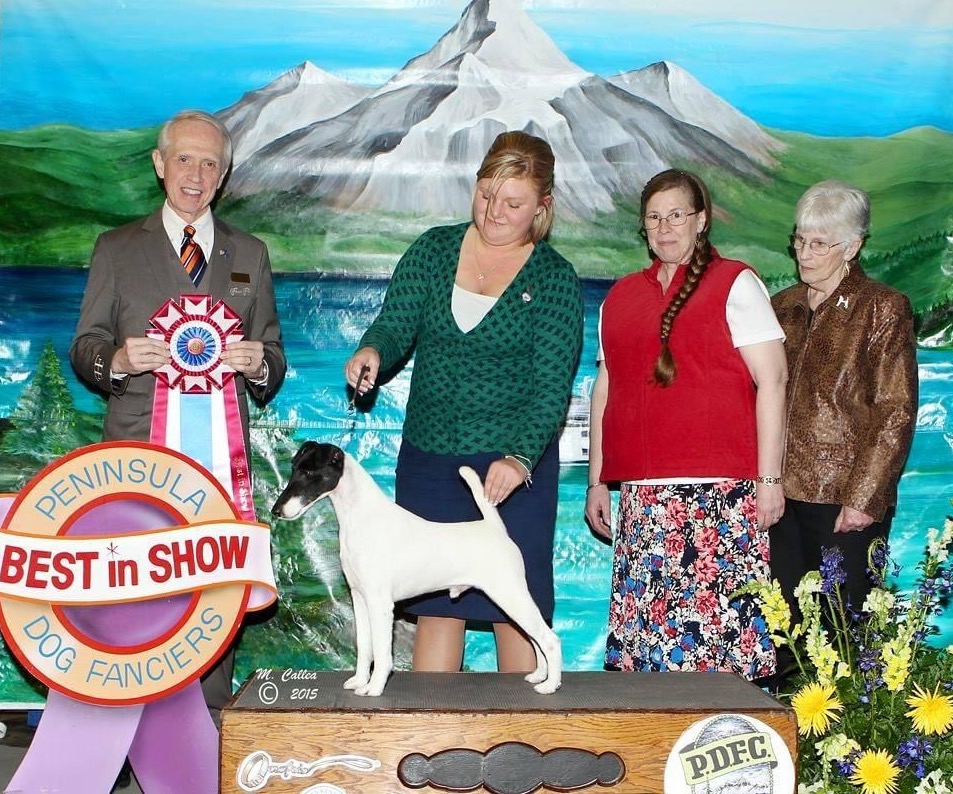 Like her mother, Baylee is a certified nursing assistant working in a skilled-nursing facility. Thankfully, none of her workplaces have had any COVID cases, “but we’re on lockdown and that’s hard for the residents,” she admits. Those mostly elderly residents know all about her extracurricular dog activities, “and they love hearing about it,” Baylee says, adding that before the pandemic she often brought her dogs in to visit. “They’re always asking, ‘Where are you going to next?’ And they especially like when we go to Westminster: ‘We’ll be watching!’”

In what is a bittersweet metaphor for what the larger dog world is going through these days, Baylee sometimes takes her two Tibetan Mastiffs and Smooth Fox Terrier puppy to a window outside the facility, where the residents can be reminded of what once was – and hopefully will be again soon.

Check out the other 30 Under 30s we've highlighted:

© Dog News. This article may not be reposted, reprinted, rewritten, excerpted or otherwise duplicated in any medium without the express written permission of the publisher.
Wed, 10/21/2020 - 7:28pm