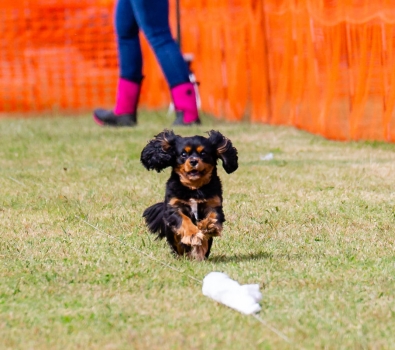 This and all accompanying photos courtesy of Tom Sweeney Photography.

Hayley Tamburello wanted a quiet, easygoing dog that would not need a lot of exercise.

Because she’d always had spaniels, she settled on a Clumber. But when she brought Pearl home, “she had so much energy!” she recalls. “I thought, “What have I gotten myself into?’”

The first outlet the two tried was agility. “But it’s hard for a Clumber to do the jumping,” Tamburello admits. “They are not light on their feet.”

Then she heard about FastCAT.

“CAT” stands for “Coursing Ability Test.” Started in 2016 as AKC’s newest dog sport, it is based on the Sighthound-centric sport of lure coursing, in which dogs chase a plastic bag, or lure, in a simulation of a rabbit hunt. In the shorter, more linear FASTCat, dogs of all breeds run 100 yards after a mechanized, pulley-drawn lure while their time is measured in miles per hour.

“I thought, ‘Running in a straight line is something she can handle,’” Tamburello remembers. And from the first day, Pearl loved it. 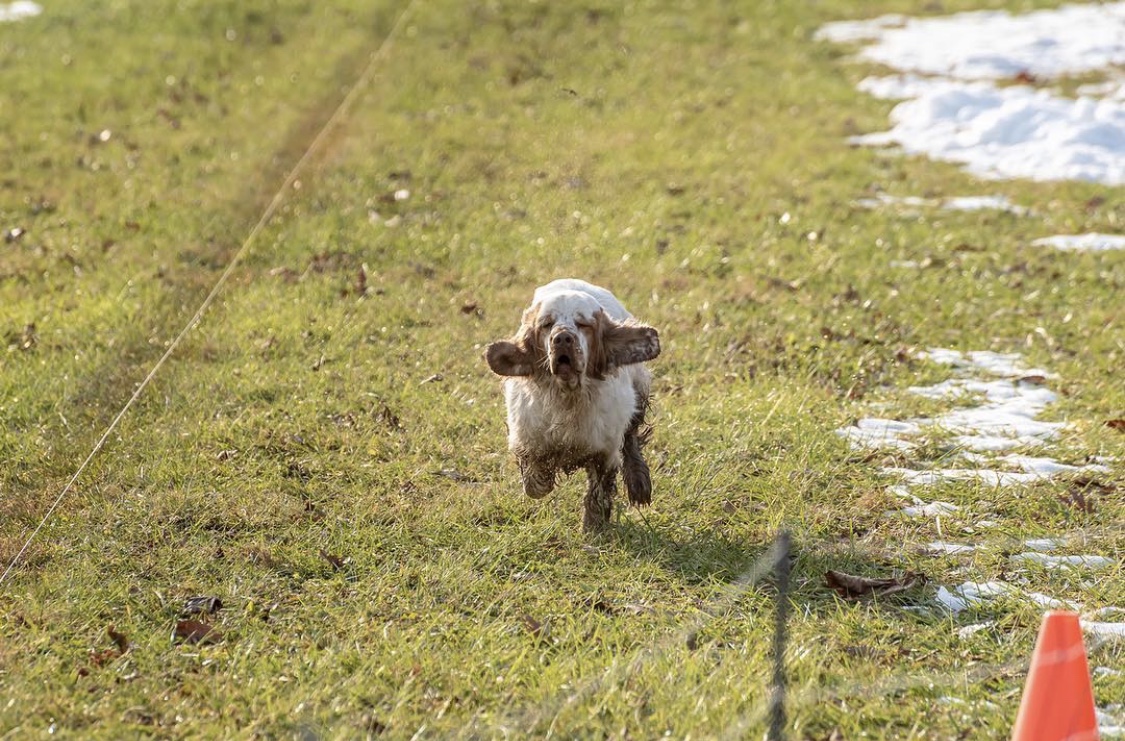 Tamburello encouraged her Clumber friends to come out and try FastCAT for themelves. “At one trial, we had eight Clumbers. You don’t see eight Clumbers anywhere, even in a conformation show!” she says. “They all really liked it and kept coming back.” In a case of be-careful-what-you-wish-for, 4-year-old Pearl now has to contend with “those skinny, lightweight one-year olds” who are “crushing her time.” 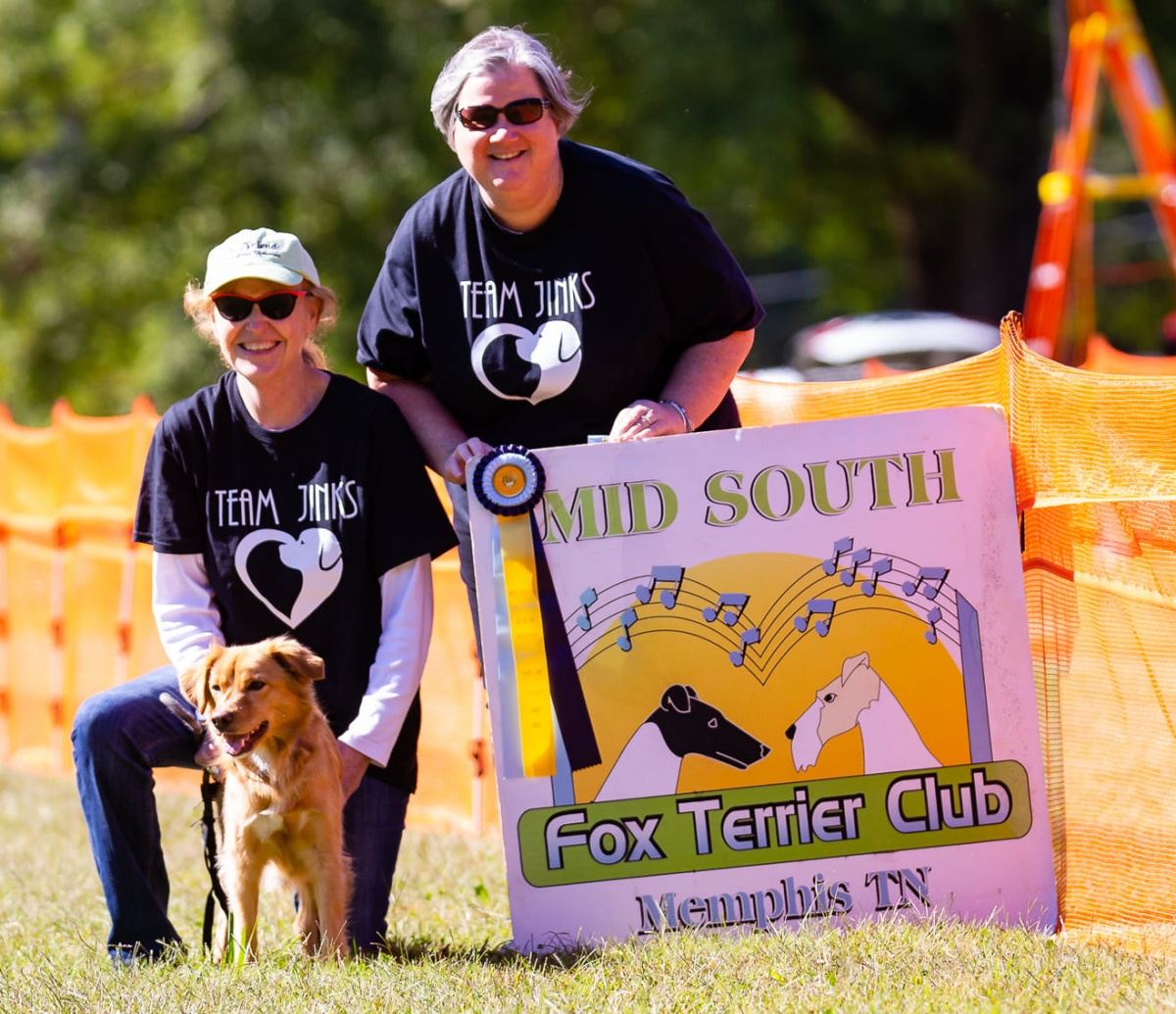 The Memphis-based Mid-South Fox Terrier Club came early to the FastCAT party. “One of our members saw one of the first events, in Nashville, and said, ‘We have got to do this. It’s really fun. The dogs get to run as fast as they can,’” says club show chair Krista Cummings. “At first, we rented the equipment, because it’s really expensive” – including a machine to pull the continuous-loop lure, temporary plastic fencing and the all-important electronic timer.

The club held its first meet in October 2016, and members were astonished at how much the dogs loved it. “They completely lose their minds,” Cummings says. “All their obedience training, the rally titles, the MACH titles, everything goes out the window.”

The owners enjoyed themselves, too. “It’s a much more fun, relaxed event. Everybody helps the new people,” says Cummings, who remembers the clueless Pointer that would stop and point at the lure every few feet. “The poor owner was so frustrated. We said, ‘Give her a little time.’ Eventually, she got it. She just couldn’t believe that it was OK to just run as fast as she could!”

The club enjoyed long lunches, reward ceremonies with ribbons for everybody (winners, best veteran, best junior, most improved, and the much-coveted turtle, for the slowest dog of the day), and lots of camaraderie. 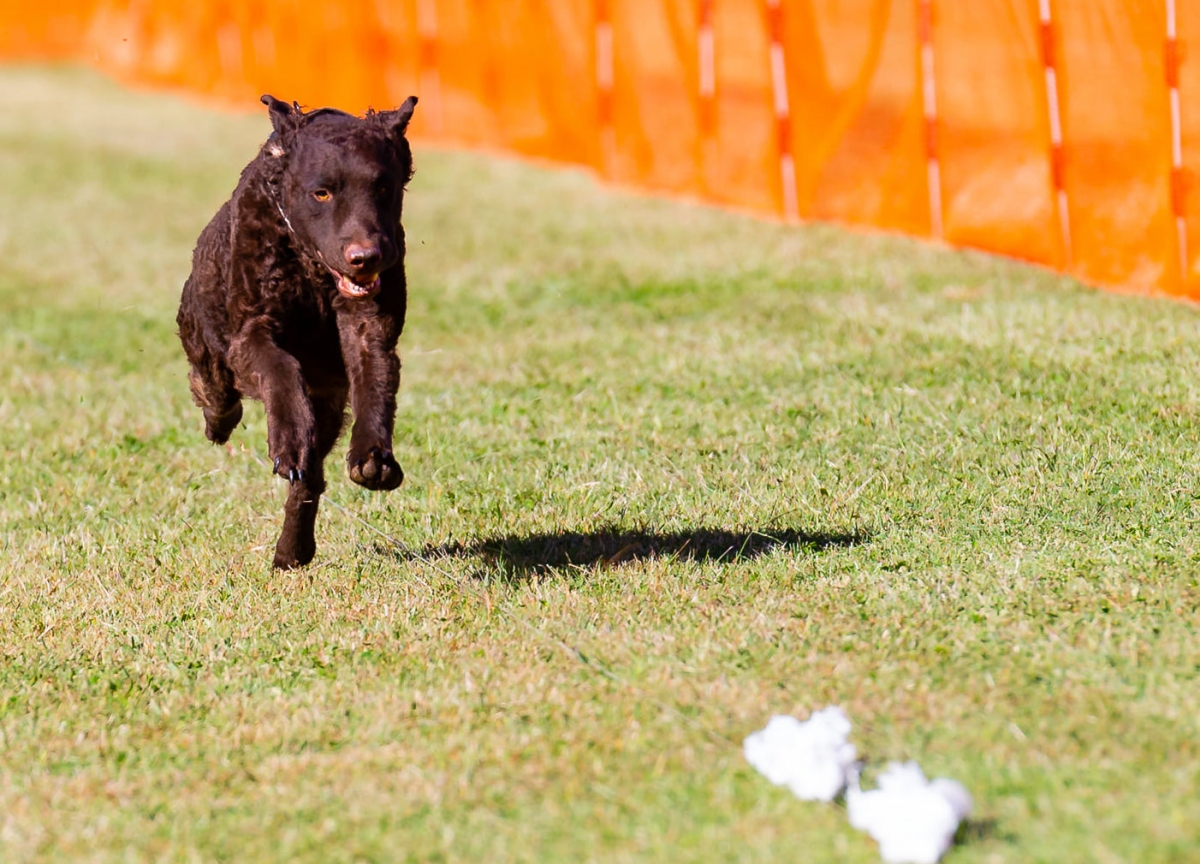 As with any competitive event, there are always disputes. When judges with stopwatches time the event, some owners doubt their dogs’ scores, sometimes angrily. When Greyhound racing electronic barrier breaks are used, they sometimes fail to catch the finishes of small breeds like mini-Dachshunds or Yorkshire Terriers. If the barrier-break beam is then mounted low to solve that problem, it sometimes doesn’t catch Salukis and Borzoi striding over it.

The Mid-South Fox Terrier Club solved the problem by purchasing a calf-roping competition timer. It was expensive, but has a six-inch beam fanning out from the ground that has been able to catch every breed, and save the club a lot of headaches.

The other advantage for a club in holding a FastCAT trial: It brings in revenue – and lots of it. Owners pay $25 to $30 for their dog’s 10-second run. It usually takes at least six runs to earn a title.

According to the AKC website, 110 FastCAT events were held in 2016, and since then, “its popularity has spread like wildfire … it’s one of the few events where all that is needed to compete is a dog’s natural instincts.” 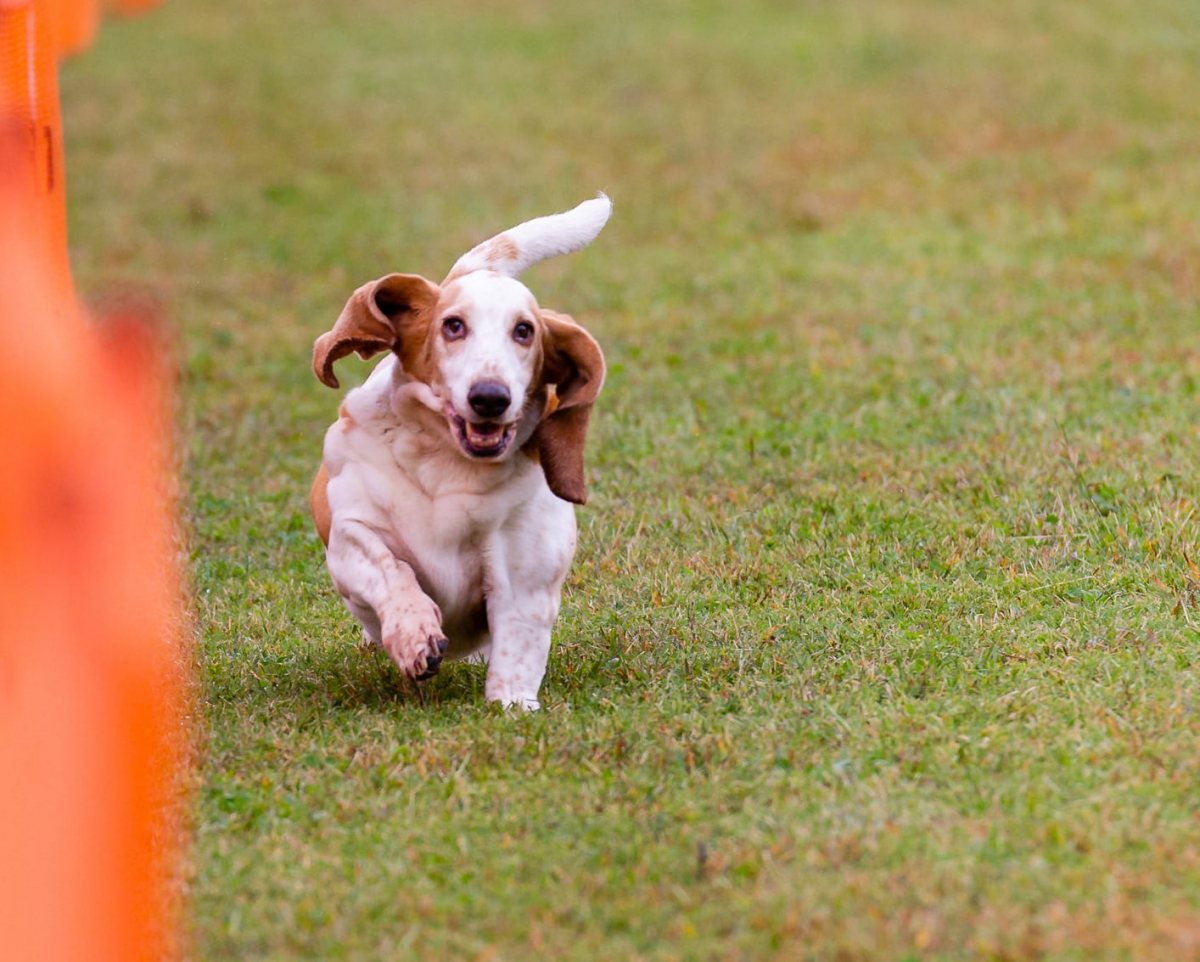 Hayley Tamburello lives in the Maryland-Virginia-New Jersey area, where FastCATs are so popular that events fill up online within two to five minutes after registration opens. “It’s so hard to get in. You have to be at your computer, ready to go,” she says. “Even midweek ones fill up, too.”

Checking the Top 20 Fastest Dog in every breed quickly shows you that in some breeds, show champions are out there running. Not surprisingly, the top dogs are Sighthounds. The fastest recorded is the Whippet Debmar Dark And Dangerous DCAT, running at 39.45/mph. Next the Greyhound Rb's The Sky's The Limit JC CA BCAT at 38.87/mph. Another Sighthound, Ibizan Hound GCHB DC Wirtu's Airs Above The Ground MC BCAT, ran 33.25/mph.

Top speed for a non-Sighthound breed, the Poodle Cinnfully Sweet That's Amore BCAT CGC TKN, was 33.10/mph – very impressive for a breed with no fast racing job in its history.

One reason for the great success of FastCAT in 2020 is that the event has proven fairly COVID-19-proof. It’s held outside, and participants were willing to mask, park vehicles at least one space apart, refrain from gathering in groups, and leave immediately after their dog’s runs. Organizers changed the format so that instead of running once in the morning and once in the afternoon, dogs run twice within a single hour, then leave the grounds. That way they can comply with those localities that limit the size of outdoor gatherings.

“We used to have lots of camaraderie, lots of helping people with their dogs, playing with puppies, long lunches and fun awards ceremonies,” Cummings sighs. “We can’t do any of that now. I miss that a lot.”

But she still finds things to enjoy. “My favorite is to see show Poodles running with their coats tied up in bands.”

With so many COVID-compliant FastCAT trials, there is only one question left to ask:

How fast can YOUR dog run?

© Dog News. This article may not be reposted, reprinted, rewritten, excerpted or otherwise duplicated in any medium without the express written permission of the publisher.
Thu, 12/10/2020 - 6:55am