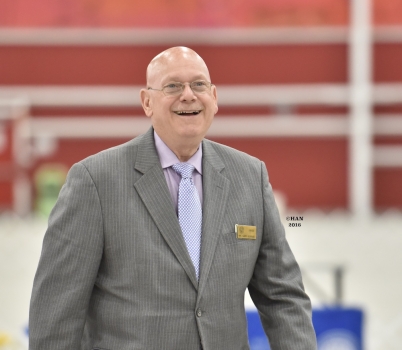 He was the Johnny Carson of the dog-show world, with quips and jokes that never needed a script. Gary Doerge’s passing on September 15 after a long and arduous battle with cancer took a good dog man and delightful person from our midst far too soon.

Born in Texas in 1949, Gary was a loveable Dennis the Menace type of kid whose older sisters had a hard time keeping up with him. He was a scholarly student whose interest in education led him into the classroom as a teacher of high school English after he graduated from the University of Houston. In time his love of dogs began a lifelong commitment to our sport, and he became an assistant to the late professional handler Don Walker before going out on his own.

During those apprentice years when they operated out of Louisville, Don and Gary enjoyed caravanning with dear friends such as Kyle Robinson, Michael Faulkner and the late David White. These contemporaries evaluated each other’s dogs, graded puppies from various breeds and shared their learning experiences. During this time, Gary’s friends realized he was gifted with an “eye for a dog.”

After opening K9Kennels in Jackson, Tennessee, with partner George McGrath, a breeder of Welsh Terriers, Gary soon became known in the South for handling several breeds in addition to terriers, including Whippets, Rhodesian Ridgebacks and other Hound breeds as well as Boxers. His best successes continued to be with terriers, including the multi-BIS Welsh Ch. Ledge Rock’s Benjamin, national winner at Montgomery in 1986, and Ch. Gregmar’s San Diego Charger, both owned by Carol Beattie. His successful handling career came to an end when he applied to judge in the early ’90s.

There’s an endearing story about Gary and his sister Julie Shannon after she became a widow at the beginning of the new millennium. Feeling lonely at home on her spread in Texas, Julie happened on a dog show on television. She called “baby brother,” who of course was already a multi-group judge, and told him having an interest like this would get her out of the house with something to do.

After a discussion on which breed to choose, Gary advised her to go to a show and look over all the dogs. “You’ll know when you find your breed,” he said.

Because some of the exhibitors were less than friendly, even though she appreciated all their dogs, Julie started to leave when the cutest dog she had ever seen walked by with its owner. Soon she called Gary and said she had found her breed – the PBGV. “And please can you find me a good one?”

In short order, a two-year-old champion bitch came to live with Julie; wonder of wonders, she was a litter sister to Valley Girl, the PBGV Julie had fallen in love with at the dog show. Soon their sister Carol Doerge joined in the PBGV project, and thanks to Gary, the sisters have bred some very nice PBGVs and are still active in the breed today.

Over the years Gary served in various offices of the Jackson Kennel Club in Tennessee, which he helped found. His brave fight with cancer became evident to his many friends when he did not make it to the March 2015 shows for which he was show chairman. Several of us went to visit him after the shows, and his great spirit and love of life were truly evident to all in spite of recent debilitating treatments. And he was soon back on his feet, returning to the dog shows and judging once more.

As the years went on, he continued his game battle, scheduling his various treatments around his judging assignments. Although he did not take on many new clients, he persevered with his pet-grooming business while keeping his sense of humor about coping with his devastating illness, and was grateful for the dedication and assistance of Josh Edwards. Those who knew about the radiation and chemo plus the continued antibiotic-resistant infections wondered how this stoic man did it all. After judging a full schedule for most of 2019, he was heartbroken to miss his December 2019 Orlando assignments.

Gary’s struggles this year were amplified by numerous hospital stays where he was unable to have dear ones visit because of COVID-19 regulations. Friends like Brucie Schwartz and David Kirkland shored him up with phone calls from afar. Soon he became too sick to even talk on the telephone with those dearest to him. Michael Faulkner said it all in Gary’s memory while reminiscing about his 36 years of enjoying what he termed Gary’s funny, sarcastic, smooth yet intelligent wit: “Your innate ability to find quality in and out of the ring will be sorely missed.”

Those who knew Gary describe him as “the life of the party,” “a loyal friend,” “one of a kind,” “a joy to know,” with “a true knack for judging.” Gary provided many wonderful memories, and he will be much missed. One friend even stated: “His presence in the hereafter should touch those there just as did us here.”

According to Gary’s sister Julie, due to COVID-19 no services will be held at this time. Fellow mourners are requested to remember Gary with a contribution to Take The Lead.

© Dog News. This article may not be reposted, reprinted, rewritten, excerpted or otherwise duplicated in any medium without the express written permission of the publisher.
Tue, 09/22/2020 - 4:05pm