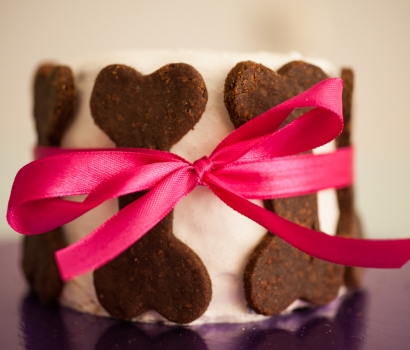 The Icing and The Cake

Would it be such a bad thing if our shows become more regional and breed focused?
By
Andrew H. Brace

These days most of my dog-watching is done from the comfort of home, and thanks to the wonders of live-streaming it is now possible to watch all the group and Best in Show judging at almost all of the UK’s general Championship shows. It is interesting to see judges expanding their portfolio at group level, some more quickly than others, and their performance is always fascinating to watch.

As well as studying the dogs in the ring, the camera angle is usually such that the “top table” is often in sight, and, being a compulsive people-watcher, I am highly amused to see the same faces, show after show, but most seem to be busier networking than actually watching the dogs competing!

Judging of groups and beyond requires a combination of deep knowledge and strength of character. It is imperative that the person in the center of the ring fully understands the elements of breed type that make each dog they handle unique. Just because this is variety competition it is not good enough to adopt the “I know what I like” kind of attitude. When dogs appeal it is necessary to understand WHY they appeal and whether the cause of that appeal coincides with the requirements of the relevant breed standard. Appeal should not just result from seeing a dog at the winning boards for the past six months!

Unfortunately, the way our dog shows have evolved has rather taken the impetus away from the breed ring (which is the most important of all if you still accept that the show ring is a means to evaluate breeding stock) and shifted it to the glamour of the group and Best ring. Breed judges often, by their own admission, judge with group competition in mind rather than what is correct for that breed. Consequently, there is a tendency for dogs that may be somewhat exaggerated in some areas – that exaggeration creating a level of “excitement” – to triumph over less extreme but more technically correct examples of the breed. “Showmanship” is now prized to such a degree that highly strung extrovert character is rewarded, even when such a mental attitude is quite untypical for the breed in question. If it’s a coated breed, the mantra now seems to be “the more hair the better,” even if its texture is quite wrong. When it comes to gait and movement across all breeds, a speedy, generic action is creeping in more and more, rather than a specific gait often dictated by unusual construction, and the correct speed to display typical action is abandoned for the fast “flying” movement beloved of some judges.

When studying group judging, the first cut is always a great indication of knowledge and commitment. All too often we see famous faces being brought in automatically for further consideration, even if the dog they happen to be showing on the day falls short of the better dogs they have presented in the past. Frequently the minority breeds that require deep and specialized knowledge, often being fostered by a handful of committed breeders who are working with a limited gene pool, produce representatives in the group that are wholly worthy of taking on top competition by virtue of their integrity to their breed standard, yet they are so often completely overlooked in favor of the “flash and dash” breeds with high-profile handlers.

The hands-on examination should give a judge the opportunity to study at close quarters every competing dog and bring to mind the essential characteristics required by the breed standard, evaluating physical conformation and then gait in a breed-specific manner.

Some popular breeds tend to be automatically short-listed, regardless of the quality of the individual specimen, whereas the “poor relations” are passed by. I will never forget the barrage of sarcasm I encountered when, many years ago, I had the audacity to award a Hound Group here in the UK to the most exquisite Ibizan Hound I had ever seen, a bitch who in my opinion satisfied her standard’s requirements far more comfortably than any of the other dogs in the ring on that day. But why? Are we not there to determine the best specimen of the breed and not resort to judging a glamour competition?

I have recently read several articles, mainly on social media, written by people I consider to be wholly credible, that have expressed concern at how this shift away from the breed ring is affecting the whole scene and the quality of the breeds. With fuel and energy prices soaring here in the UK it is obvious, looking at the size of breed entries, that exhibitors are of necessity becoming more discerning when it comes to entering dog shows. While the mighty all-breed Championship shows seem to be suffering, the breed-club specialty shows seem to be holding their own, with significantly smaller drops. This is probably due to a combination of factors, but mainly a much cheaper entry free, a more comfortable venue, a less hurried atmosphere and arguably most importantly a judge who has a real standing within the breed.

At the start of Covid I wrote about my vision of the future when I said that I could see the emphasis of our shows shifting back to smaller breeder-based events that would be more reminiscent of the original dog shows, where breeders met up to view the stock of other kennels and present their own.

Would it be such a bad thing if our shows become more regional and breed focused? Maybe we could then get back to thinking about the cake rather than the icing when judging our dogs.

© Dog News. This article may not be reposted, reprinted, rewritten, excerpted or otherwise duplicated in any medium without the express written permission of the publisher.
Thu, 09/01/2022 - 11:54am