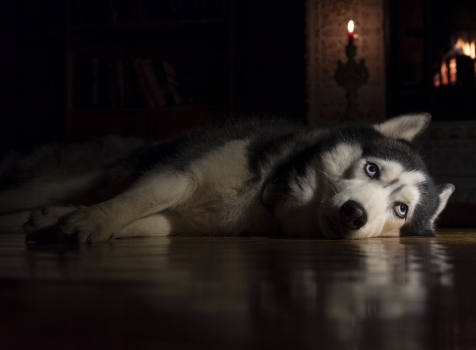 In the Bleak Winter

For some, now is the winter of our discontent with the American Kennel Club
By
Margaret Poindexter

From the AKC November Board minutes:

STAFF: Thirty-eight (38) individuals are back to work, one (1) went to work for AKC REUNITE and eleven (11) former employees were offered positions or have advised AKC that they would not return. Five (5) more positions are planning to return in 2020 and fifteen (15) in 2021, for a total of seventy (70) positions. There are an additional 16 positions that are approved for rehire in 2021 as workload requires.

If you can decipher this, you are smarter than I am. First of all, to be clear, AKC has never been transparent about how many people it actually laid off in April. The actual number and what percentage of AKC’s workforce was laid off have both human and legal significance. It was a layoff that was described in the letter to employees as “temporary,” which was “expected … to last until at least August 2020,” and which added, “AKC may communicate with you during this period.” (They didn’t.)

Based on what was reported in the Board minutes, 38 of the laid-off individuals have been brought back. One smartly jumped on an opportunity to work for AKC Reunite. And 11 “were offered positions or have advised AKC they would not return.” Those 11 are included in the “total of seventy (70) positions.”

What does that statement even mean? Are those positions vacant or not? And if those people declined to return, why are they counted in some “total” to make it appear as if AKC has brought them back or intends to? And lastly, even if you count those positions in a “total,” together with the 16 that are “approved for rehire in 2021 as workload requires,” that only accounts for 86. What happened to the rest? And again, how many are there, who are they —and how long have they been with the organization — and what positions did they occupy and what functions did they perform?

And don’t even get me started on the method utilized to jettison them —whether by voice mail or by a form letter put in the bottom of the box sent to return equipment to the company.

Merry Damn Christmas, as my grandmother used to say.

I have written before about my disdain for Christmas. In 2020, it’s probably worse than ever, and it appears I am not alone. This year has taken its toll on people’s goodwill, their celebratory mood, and from a practical standpoint, has limited our ability to gather with friends and family, as well as drained resources necessary to celebrate.

I try to push aside the commercialism, the obnoxious music and the premature decorations, and focus on the current season, which, to be clear, based on the Christian liturgical calendar, is Advent. After Advent comes Christmas. And after Christmas, Epiphany.

Advent is intended to be a season of preparation and reflection, of meditation and resolution, of darkness gradually pierced by the light of hope at Christmas. My fervent hope is that this period of Advent, which we have endured for much longer than these four weeks before Christmas, will yield much-needed change.

I hope that AKC finally realizes that its greatest asset — indeed the only thing that positions it to deliver any value — is the institutional knowledge, the passion and the commitment to the mission of its employees. That it begins to operate in a way that respects and rewards them — and not with fake “awards” or bonuses for those who are already the highest earners, but those who actually carry out the true work of the organization.

I hope that AKC’s Delegates will hold its Board accountable, and spurn those who are not responsive, not transparent, not mindful of whom they serve. That the pinnacle of Delegate service will not be 25-year recognition at a virtual meeting, but to have the courage to speak up and speak out about recalcitrant, business-as-usual Board members, and fight for election of a Board that finally serves the interests of the clubs and the sport.

I hope that preservationist breeders will reject the notion that a $10-per-puppy “breeder reward” for generating additional revenue for AKC through individual registrations and pet-health-insurance enrollments is adequate recognition of and support for the hard work of breeders who ensure survival of the organization and the sport. That they demand that AKC exhibit a true commitment to purpose-bred dogs and breeders’ efforts, and cease grabbing their money with one hand, while pandering to the doodle-loving public with the other.

I guess I hope for an epiphany.

But so far, things are looking pretty dark.

© Dog News. This article may not be reposted, reprinted, rewritten, excerpted or otherwise duplicated in any medium without the express written permission of the publisher.
Thu, 12/10/2020 - 7:18am