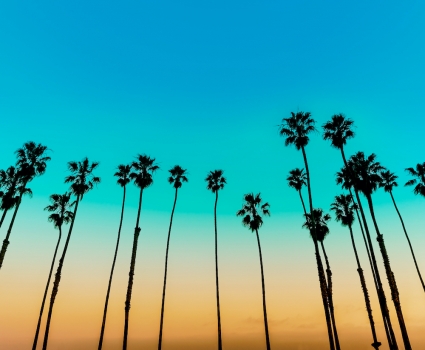 Compiled by Bo Bengtson on behalf of SBKC

The amount of money the visitors to Santa Barbara spend in a “normal” year is more than $1 billion.

What became later known as Santa Barbara was first inhabited by native Americans, the Chumash, who first arrived approximately 13,000 years ago. The Spanish came in the 18th Century.

The place you're at was first called Santa Barbara in 1602.

Mission Santa Barbara was founded in 1786.

The first SBKC dog show was held in the Palm Arena of the Belvedere Hotel grounds on Friday and Saturday, August 1 and 2, 1919. 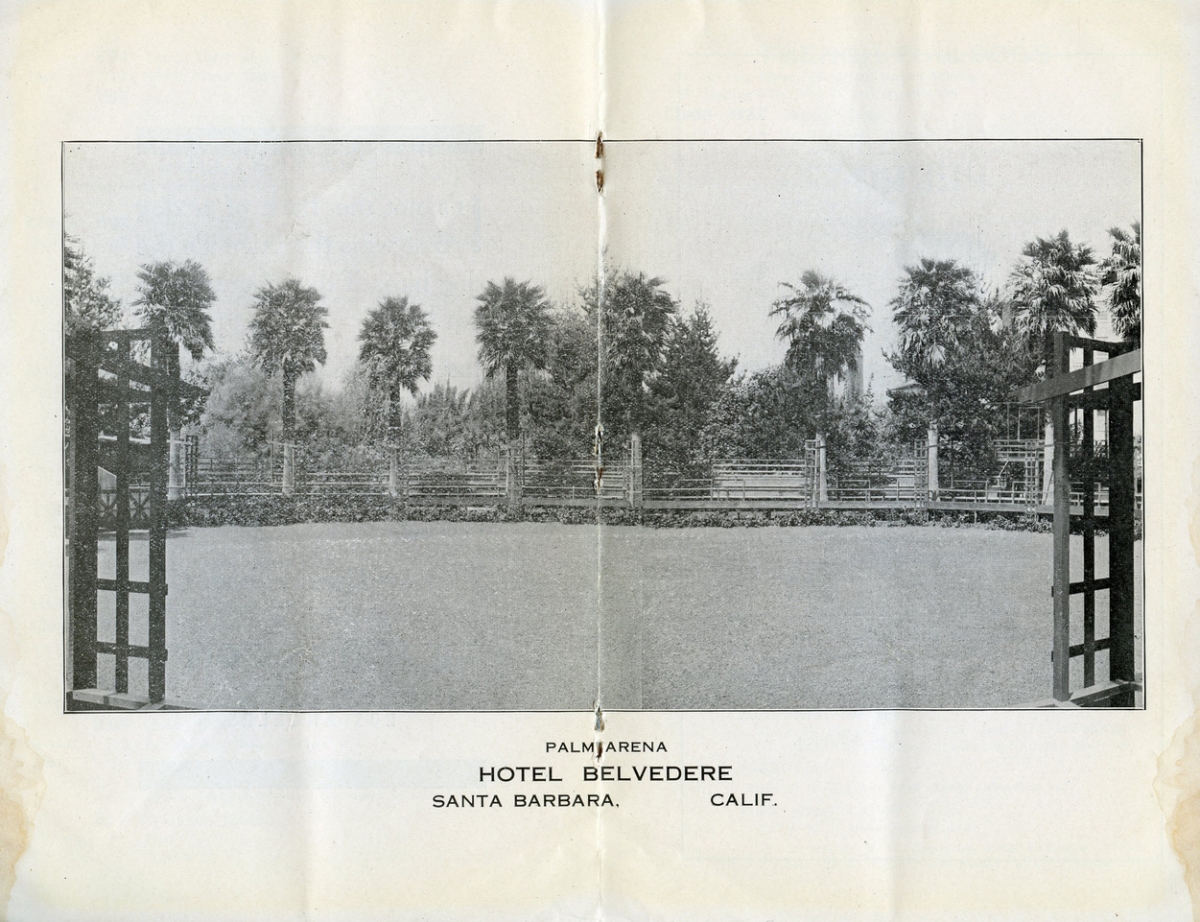 There were five judges for the 280 dogs entered at the first SBKC show.

Three of them judged one breed each – Boston Terriers, English Bulldogs and Bull Terriers. The other two shared all other breeds. 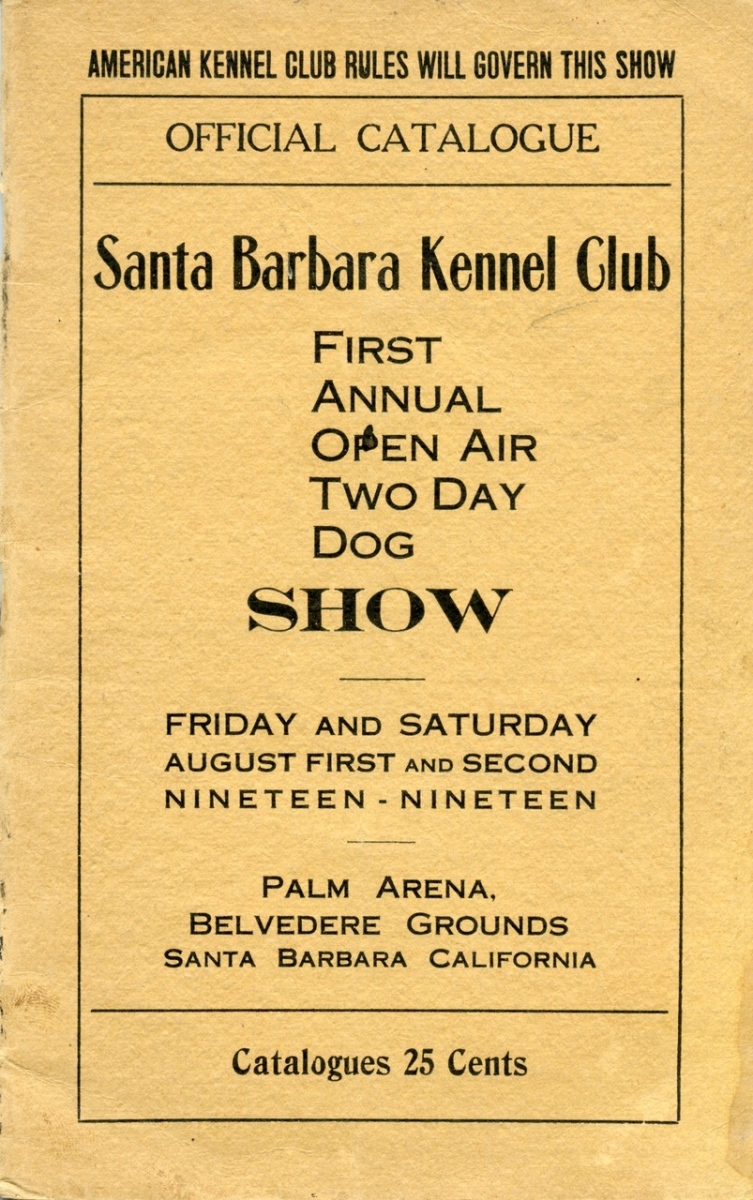 There was no separate point scale for dogs and bitches in those days; most breeds required little competition for a three-point major, but Boston Terriers were the country's most popular breed at the time and required eight dogs present for a single point, 25 for three points, and 60 dogs for a five-point major!

Best in Show at the 1919 show was a "black and white" Cocker Spaniel named Mission Silvie, born in Pasadena but owned by the Mission Kennels in San Francisco.

A second show was held in 1920, but the hotel where the show had been held burned down in early 1921 — and the club held no more dog shows for the next three years.

Most of Santa Barbara was devastated by a major earthquake on June 29, 1925 — only a few weeks before the SBKC show that was nevertheless held on August 1 and 2, 1925. A total of 388 dogs were entered.

Since most of downtown was flattened in the 1925 earthquake, a deliberate decision was made to rebuild it in the picturesque Spanish Colonial style that has since made Santa Barbara famous. The earthquake was seen as an opportunity to rebuild the city center in a unified architectural style.

The show has been held in many different locations, most memorably in Hope Ranch, on the polo grounds in Montecito, at Robertson Field at UCSB and — these days — at Earl Warren Showground. For a couple of years in the 1990s it was even held in the Santa Ynez Valley!

Earl Warren, whom this showground is named after, was Governor of California in the 1950s and Chief Justice of the U.S. He died in 1974.

The Santa Barbara show always enjoyed prestige as one of the premier dog events in the country. It became one of the largest and most innovative under the guardianship of Tom and Ann Stevenson in the 1970s. It frequently was the No. 1 dog show in the country, based on the number of exhibits. In 1987 there were more than 4,000 dogs entered.

Only one SBKC show per year was held through 1995; in 1996, for the first time, there were two back-to-back SBKC shows.

The owner who won the most BIS at SBKC was Col. E. E. Ferguson, whose dogs won BIS six times between 1938 and 1962. His first winner was a Great Dane; his second a Standard Poodle; the last four were all Miniature Poodles. 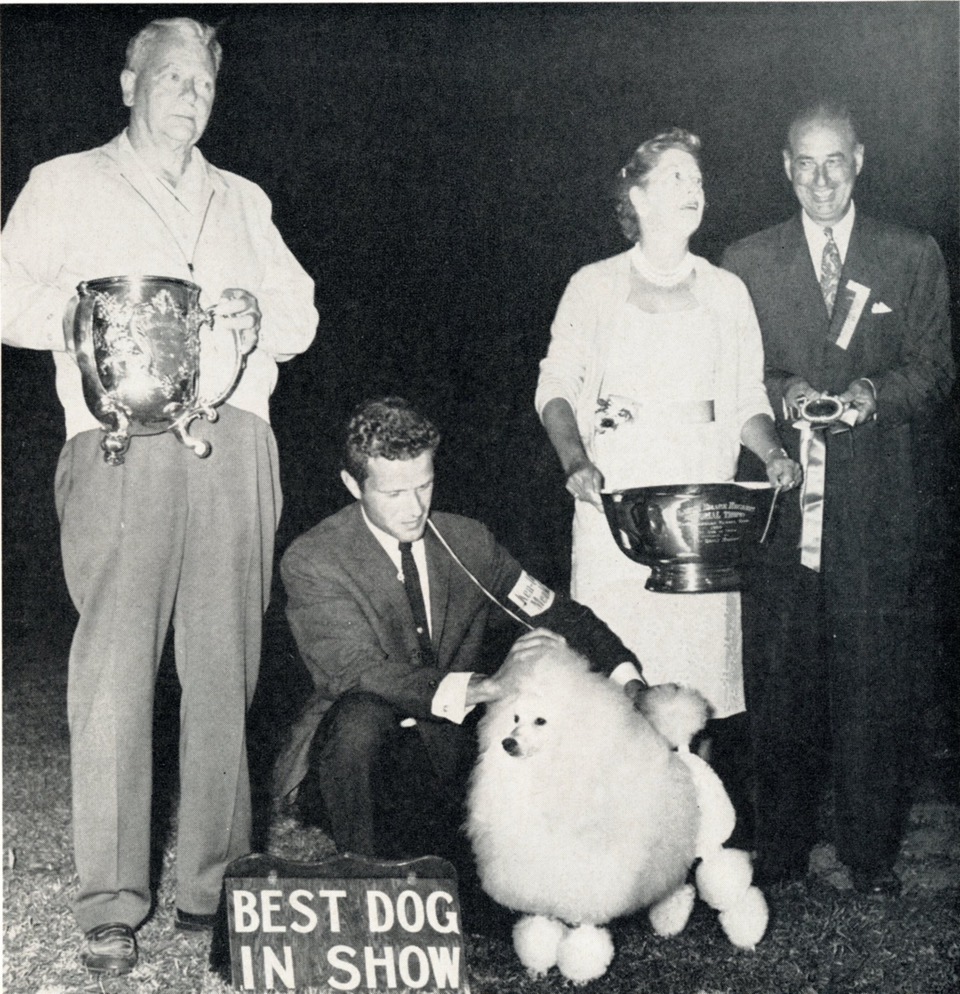 Terriers have won BIS at SBKC 27 times, more than breeds from any other of the seven AKC variety groups. Non-Sporting breeds won 23 times, Hounds won 17 BIS, Sporting and Herding Group breeds won 14 times each, with Working and Toy breeds winning nine times each. 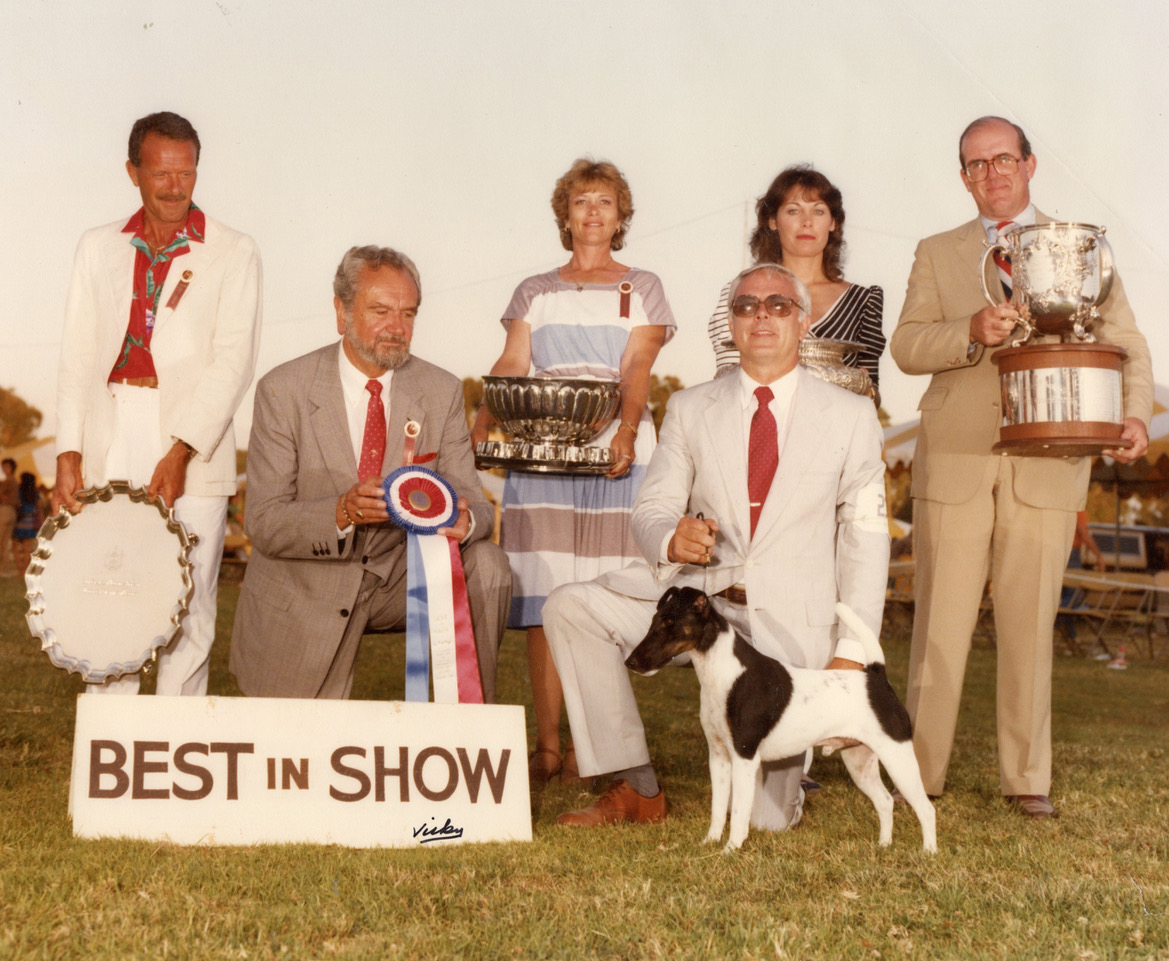 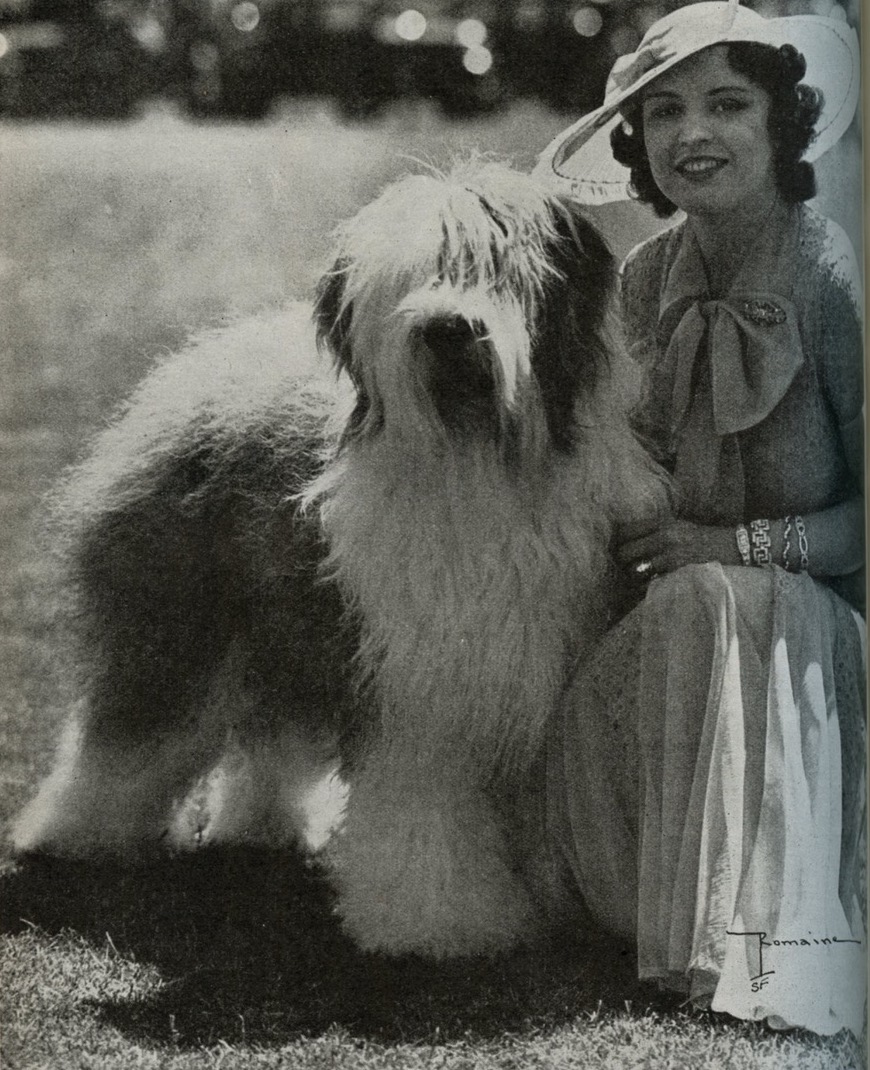 Mrs. Roy Del Ruth of Hollywood in 1934 with Canadian Ch. Smokey of Clearbrook.

The two most successful breeds at SBKC have been Wire Fox Terriers and Miniature Poodles, with eight BIS wins each. Cocker Spaniels, German Shorthaired Pointers and Old English Sheepdogs have won BIS five times each.

SBKC is the only club anywhere to offer both a Breeder's Showcase and a competition for best Foreign-Bred, and also the only one to organize special competitions for Best Sighthound and Best Bully Breed. In 2021 the Best Foreign-Bred will be judged on the Friday before the SBKC shows start, and hosted by Simi Valley Kennel Club. Judges are James Mitchell and David Haddock. Entries are taken on the day, but all competitors must be entered in regular competition at Simi Valley KC on Friday, August 27, 2021. Total prize money awarded is $1,150. 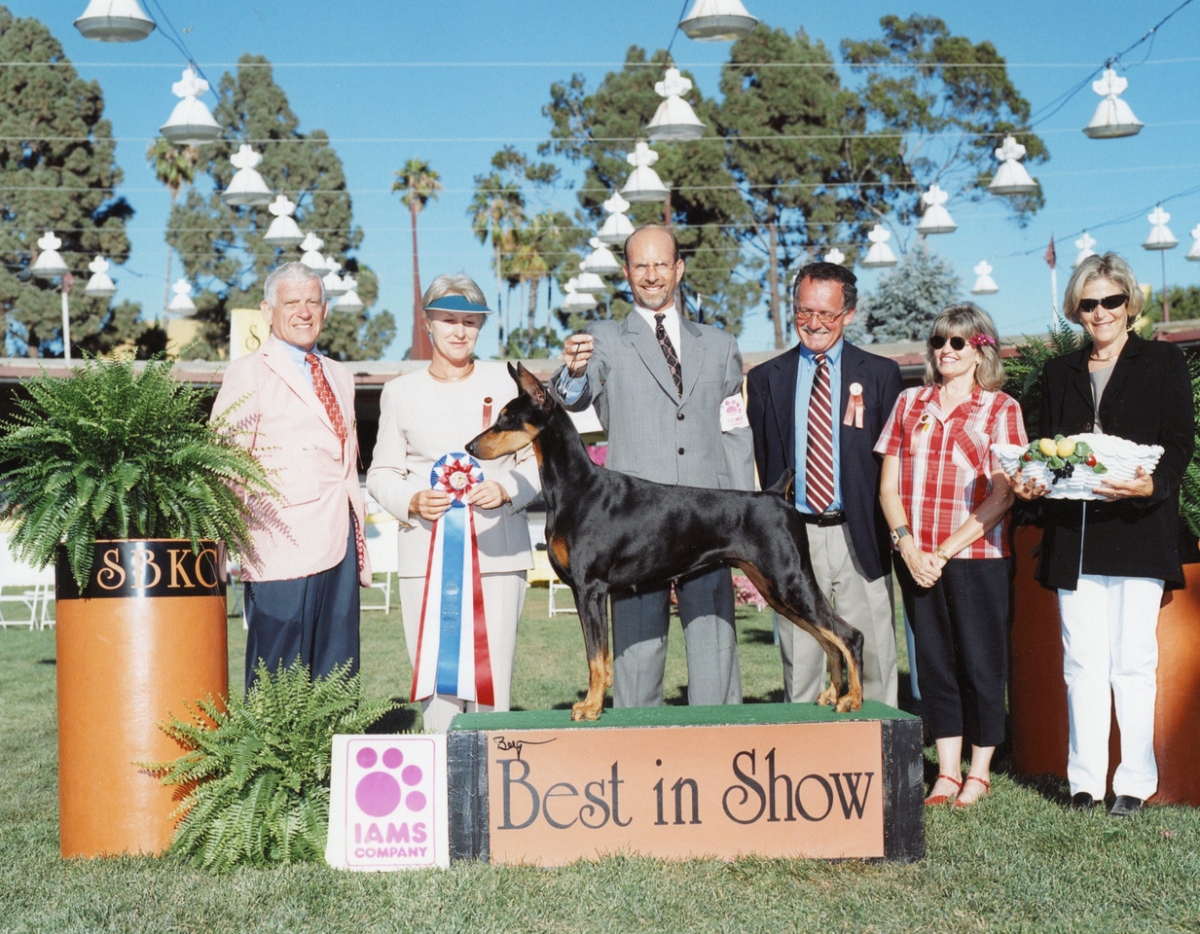 There was no 2020 show due to Covid-19, but the 2021 shows will be held at Earl Warren Showgrounds in Santa Barbara next to the freeway on Saturday and Sunday, August 28 and 29 (preceded by Simi Valley Kennel Club shows on the same grounds on August 26 and 27). The shows are sponsored by Purina ProPlan. A total of 14 specialty shows will be held at the same time, and 15 breeds have supported entries.

SBKC invites all exhibitors and handlers to a buffet dinner that will be served during the Breeders' Showcase. 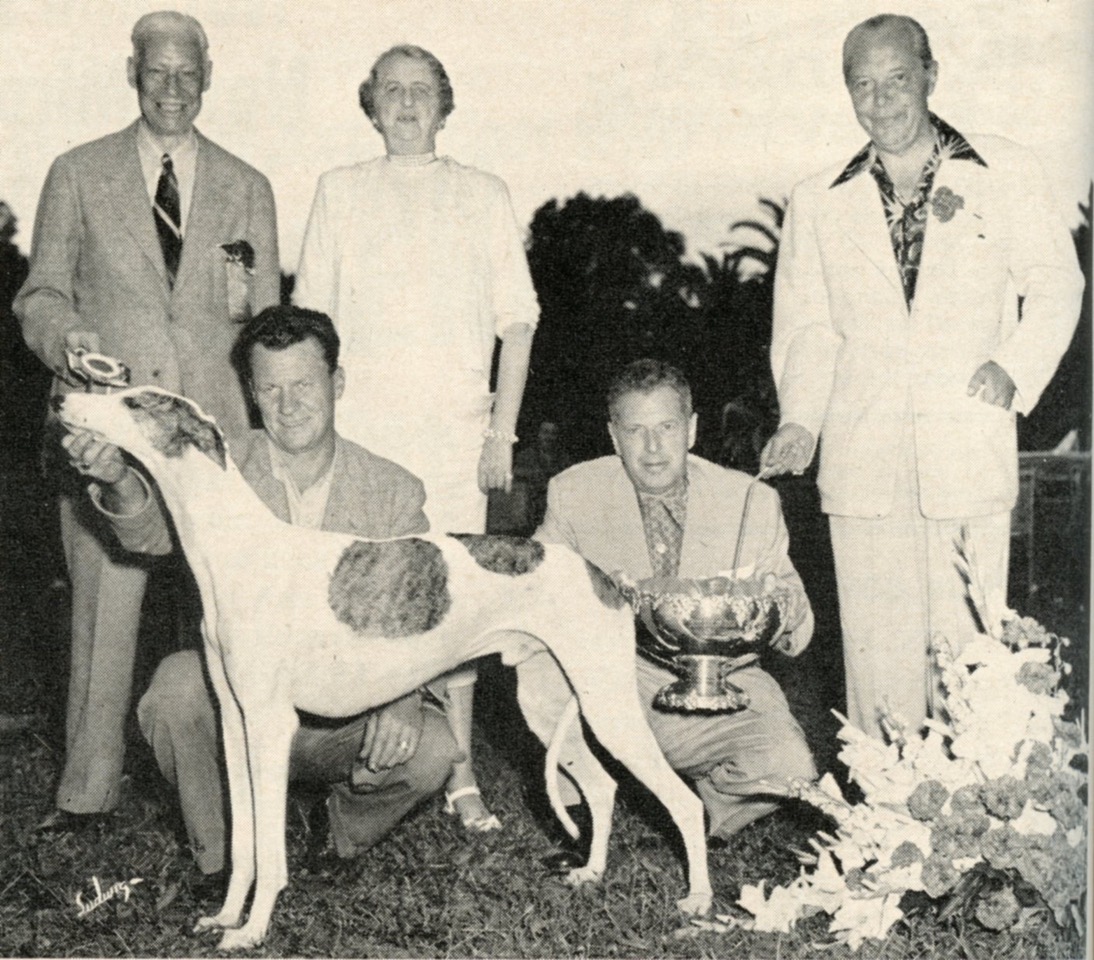 There is a “Junior Handler Clinic with the Professionals” on August 28, with AKC presenting “Judging Junior Showmanship” with Larry Cornelius. There is also Breeder's Veterinary Services, digital X-rays without sedation available on the showgrounds.

© Dog News. This article may not be reposted, reprinted, rewritten, excerpted or otherwise duplicated in any medium without the express written permission of the publisher.
Sat, 07/24/2021 - 7:02am