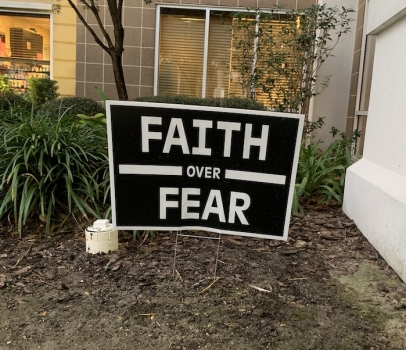 Faith and fear at the AKC National Championship
By
Denise Flaim 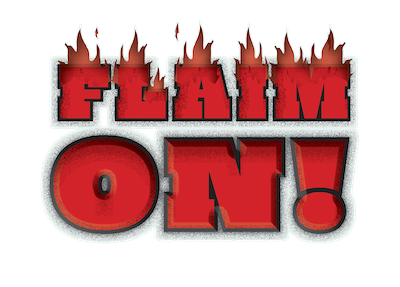 Depends on whom you ask.

In the aftermath of the American Kennel Club’s flagship show last month in Orlando, the scuttlebutt was less about who lost and won, and more about the ensuing coronavirus tally, both real and imagined. Reactions ranged from outrage over the event’s scope – thousands of dogs, owners and handlers convening over the better part of a week in anything-goes Florida while the nation’s daily death tolls ticked ever upward – to glowing appreciation for the lengths to which AKC went to prevent virus transmission, from daily temperature checks to mask mandates.

The following week, twitchy attendees of the AKC/DJAA Advanced Institute held on the Tuesday through Friday before the show learned that three judges attending the seminars had been diagnosed with COVID-19. Sadly, one fell ill on the trip home, was hospitalized, and subsequently passed away.

For those who are, in true Casablanca fashion, shocked, shocked, that some in Orlando showed up with coronavirus: What did you expect? Given the exploding numbers across the nation, it was naïve to think otherwise.

What was not inevitable, however, was the conclusion that these infections were contracted or spread at the event itself.

Admittedly, Florida is not the poster child for responsible and coordinated coronavirus mitigation, but neither is it a monolith in that regard. When I pulled up to the Hampton Inn in Ocala to judge the weekend before the Orlando show, a “Faith Over Fear” sign was stuck defiantly into the ground next to the automated entry door. In the lobby, where clearly visible signs announced the chain’s masks-required policy, some guests were channeling 2019, with as many as a third of them maskless.

But just an hour to the south, mask wearing in Orlando was near universal, if you’ll pardon the tourism pun. Even in public places outside the show, from supermarkets to drugstores, I saw only one unmasked person the entire week.

At the AKC event – both in the convention center’s third-floor seminar rooms and at the rings an escalator ride below – attendance was limited, masks were required, and enforcement was stringent. The show site was missing only tumbleweeds, so scant was the attendance – you were likely to have more human proximity prowling the aisles of CostCo. And while there was some inevitable clustering at ringside, it was supremely easy to maintain social distance – if you wanted to.

And those final four words are the source of all our angst.

As one AKC rep shared with me, while there have been cases of COVID-19 in the aftermath of dog shows throughout the year, contact tracing has revealed no evidence that any of them resulted from interactions in the rings or show grounds. While there’s no such thing as a sure thing, mask wearing appears to be surprisingly effective in muting the transmission of the virus.

If you are looking for the scene of the crime when it comes to COVID transmission at the National Championship, turn your gaze to the communally rented townhouses, the shared hotel suites, the restaurant tables of cocktail-hoisting friends – all the places where people lowered their masks and raised their risk. And the fact that the temperatures in Orlando were particularly frigid for much of the week, stubbornly refusing to reach even the 60s some days, drove even more fanciers indoors after hours.

Was it possible to attend the National Championship safely? Of course it was. I did. I wore a mask whenever I was in public, and even in private: My roommate and I wore masks in our car and in the common areas of our condo, except when eating on our patio or 12 feet across from one another at our kitchen island. We did not step foot in a restaurant unless it was to swiftly procure a take-out order.

Did I miss socializing with other good friends who hit all the familiar Orlando watering holes that I look forward to each year? Yes. Did that prompt me to abandon caution and join them anyway? Uh, no.

I agree that dog shows are not essential events. The world would have continued to spin on its axis if AKC had not held its National Championship. People who are immunocompromised or living with those who are, or who were so conflicted about attending that their anxiety levels would have negated any enjoyment of it, did well to stay home. There was no other way to ensure zero risk.

But dog shows are also an industry that employs people, and they have an economic ripple effect beyond handlers and vendors. Just ask the incredibly solicitous waiters at the seminar lunches, where the banquet tables seated only four and were placed a dozen feet apart – easily the safest eating space I’ve seen at a dog event so far. One of them told me that the AKC event was the first she has worked since February.

The flip side of the argument is just as valid: While AKC can monitor and control the behavior of attendees at its event, once they drive off the parking lot, all bets are off. A significant number of exhibitors and judges lack the self-control to truly socially distance themselves at an event of this magnitude: The social temptation is simply too great.

As for that “Faith Over Fear” sign in Ocala – which when I left for Orlando was still standing, despite my complaints to Hilton corporate about the presence of it and the maskless guests – I buy into both its F words, albeit with a different spin.

After a year of pandemia, fear is not the primary emotion we should engage with now. Fear comes from lack of familiarity, and we are unfortunately all too familiar with this virus and how it operates. We understand how to control it, which is to keep our social circles very small and to wear masks – religiously – when we can’t.

As for faith, I’m all in favor of that, although there are different kinds. This is not the time for blind faith: Before I headed to Orlando, Michael Canalizo and Tim Thomas endured my multiple queries about the exact policies and configurations that would be in place; if I didn’t think it was safe, I wouldn’t have attended the show or seminars. The answers they provided convinced me of the particular brand of faith I was after – which is to say good faith.

Good faith doesn’t require a higher power or divine intervention. As all lawyers know, good faith simply means you will keep up your end of an agreement. And in enacting and enforcing precise, science-based safety rules to limit the spread of the virus at its event, the American Kennel Club did just that.

Dog shows are supposed to be about the evaluation of breeding stock – or at least that’s what we tell ourselves. But they have an undeniable social component, too. Is it possible to suppress our very human desire for the latter so that we can still execute the former during an unprecedented pandemic? Should we not have dog shows because they pose too great a temptation for those who cannot – or will not – keep their peers safe? Why should those who are responsible enough to protect themselves and others – not just when the AKC rep is looking, but all the time – be forced to pay for those who are reckless and selfish?

If you’re looking for a conclusion, sorry to disappoint. I don’t have many answers. Just a lot more questions.

© Dog News. This article may not be reposted, reprinted, rewritten, excerpted or otherwise duplicated in any medium without the express written permission of the publisher.
Wed, 01/06/2021 - 6:15pm