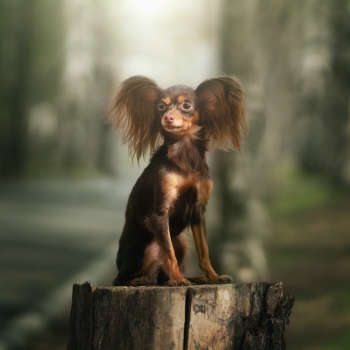 The Russian Toy Dog is one of three new breeds that will be entering AKC rings in 2022.

The Gang's All Here

Everything seems to move faster these days – and that includes the steady pace of new breeds either receiving official AKC recognition or moving into the on-deck Miscellaneous class.

Often unfamiliar and sometimes with names that are challenging to pronounce, these newcomers are as divergent in terms of their breed cultures as they are in appearance. What they all have in common are varying degrees of culture shock as fanciers learn to adjust to the more competitive AKC environment, starting with the mad rush to amass those “firsts” – from championships to Bests in Show – that will live on in the record books. 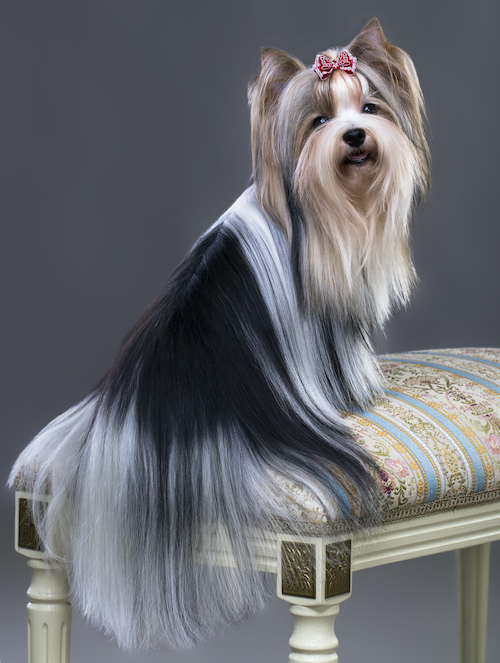 Many newly recognized breeds are challenged by anemic numbers. But that certainly can’t be said of the newest AKC breed and the only one to achieve full recognition this year: the Biewer Terrier.

An eye-catchingly coated Toy breed with distinctive white highlights, the Biewer (pronounced “beaver”) evolved as combination of several purebreds, the most obvious of which is the Yorkshire Terrier. After spending several years in FSS®, the Biewer had enough numbers to all but speed through its time in the Miscellaneous Class, basically the farm team for aspiring breeds before they achieve formal recognition by the AKC. Before bowing in the Toy Group this summer, the Biewer frequently had the largest entries in Miscellaneous, and those numbers endure: A whopping 38 Biewers are entered at the AKC National Championship this month – exactly double the number of Toy Poodles entered at the Florida show. 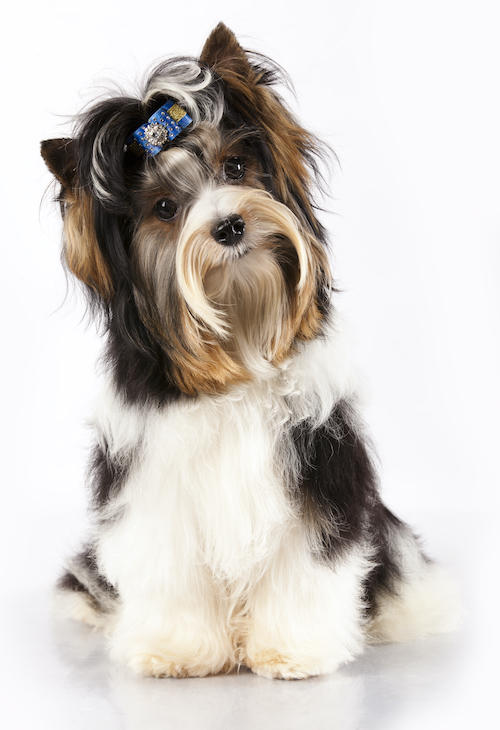 Though the Biewer Terrier was developed in Europe by a German couple who bred Yorkies and lent their last name to the nascent breed they founded, it is not yet recognized by the FCI.

To some degree, the steady stream of Biewers has been accompanied by a commensurate degree of confusion. Judges have struggled over conflicting instructions on whether to have the handler lift the dog to check for brown or liver paw pads, and more specifically tan on the body, both of which are DQs. (The verdict: Do it.) Then there’s the head-fall hoopla, in which the breed’s “signature ponytail” has started to become shellacked into topknots and roll-overs, in either defiance or lack of awareness of the standard’s strict prohibition against them.

While the Biewer Terrier spent 2021 fighting the gravitational pull of Yorkie wanna-bes, two more rustic breeds quietly took up residence in the Miscellaneous Class: the Danish-Swedish Farmdog and the Small Musterlander.

Frequently mistaken for a Terrier or even a Beagle, the Danish-Swedish Farmdog derives, as its name proclaims, from southern Scandinavia. While the Farmdog was a ratter on the agricultural holdings where it also served as a good-natured family companion, its deepest roots are with European pinschers, not British terriers, which is why it is classified as a Working dog. And its pint size means that when the Danish-Swedish Farmdog does gain recognition, it will be the first breed in the Working Group to be examined on the table. 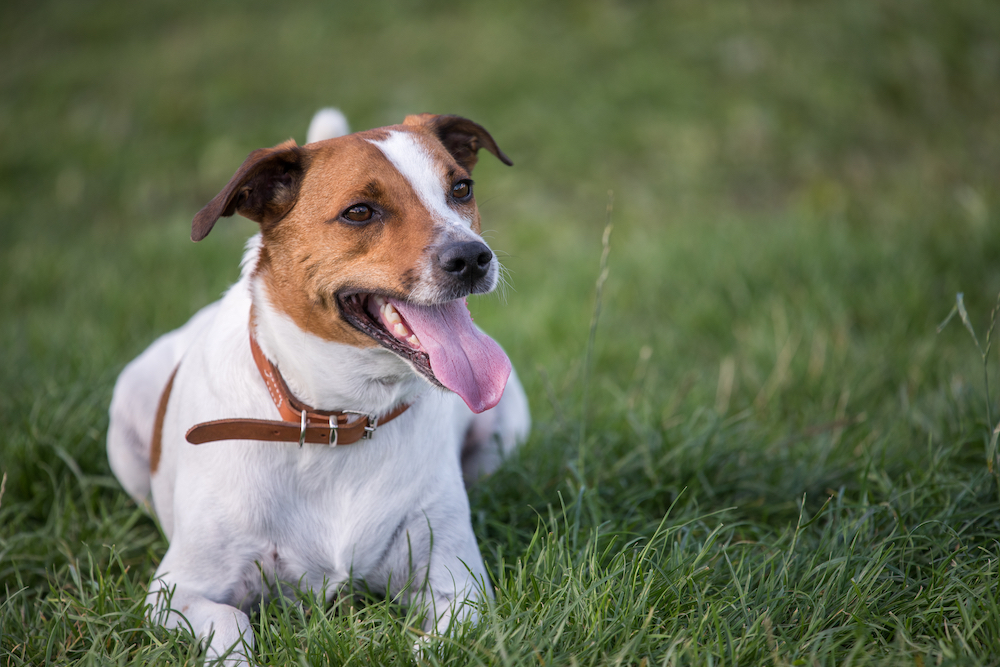 Above: Danish-Swedish Farmdog. Below: Small Musterlander. 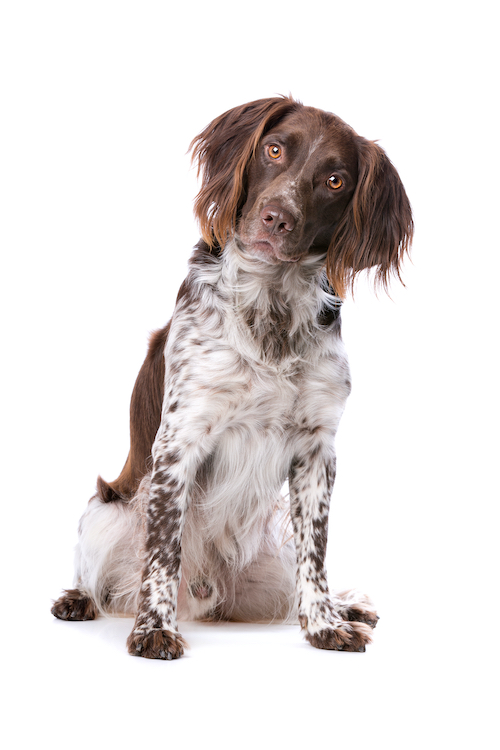 As the Small Musterlander’s name suggests, there is also a breed officially known as the Large Musterlander, though the two, both from the Munster region of northern Germany, are unrelated. Another difference: Only the smaller of these two all-purpose German hunting dogs has advanced from the first-step Foundation Stock Service® – where pedigrees are amassed and the process toward recognition begun – to the final hurdle that is Miscellaneous.

While Small Musterlanders excel at hunting feather, they are versatile enough to be used on big game as well. The U.S. population is relatively small, though the breed is popular with American hunters who value its origins as a “meat dog” to put food on the table. In addition to solid tracking skills and a love of water, the dogs are appreciated for their sense of style, particularly on point.

Get Ready for More

Now, as these three newcomers have settled into their respective berths at the AKC, another trio is readying for official recognition – two of them in less than a month.

On December 29, the Herding Group lineup will make room for the Mudi. Having been preceded by the Puli and more recently the Pumi, the Mudi is the third four-letter Hungarian herder to achieve AKC recognition, though it is believed to be the oldest of them all. The three native breeds have interbred over history, but there are some who speculate that the Mudi may have been crossed with the German Spitz. That may be the source of the prick ears, oval and obliquely set eyes, and curly coat that differentiate the Mudi from its two Hungarian cousins. 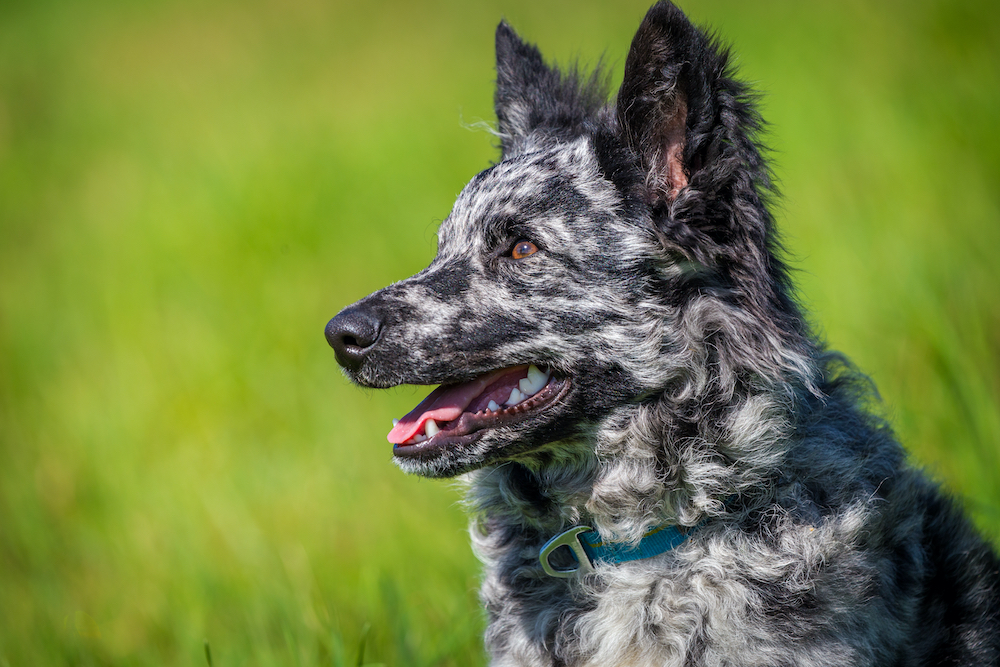 Just as the Biewer Terrier’s newness has begun wear off, the Toy Group will gain another newcomer in the Russian Toy Dog, also on December 29. This elegant dog – among the smallest breeds in the world at between eight to 10 inches at the withers – can be either long coated or smooth. Initially developed by the Russian aristocracy, its origins go back to English Toy Terriers imported in the 18th Century; later the dainty breed navigated an altogether different type of fragility in the 1920s, when it was banned outright by the Soviet government because of its association with czarist Russia. With its high skull, round eyes, fringed ears and petite size, the breed is sometimes mistaken for a leggy Chihuahua or a Papillon lacking coat by the uninitiated. 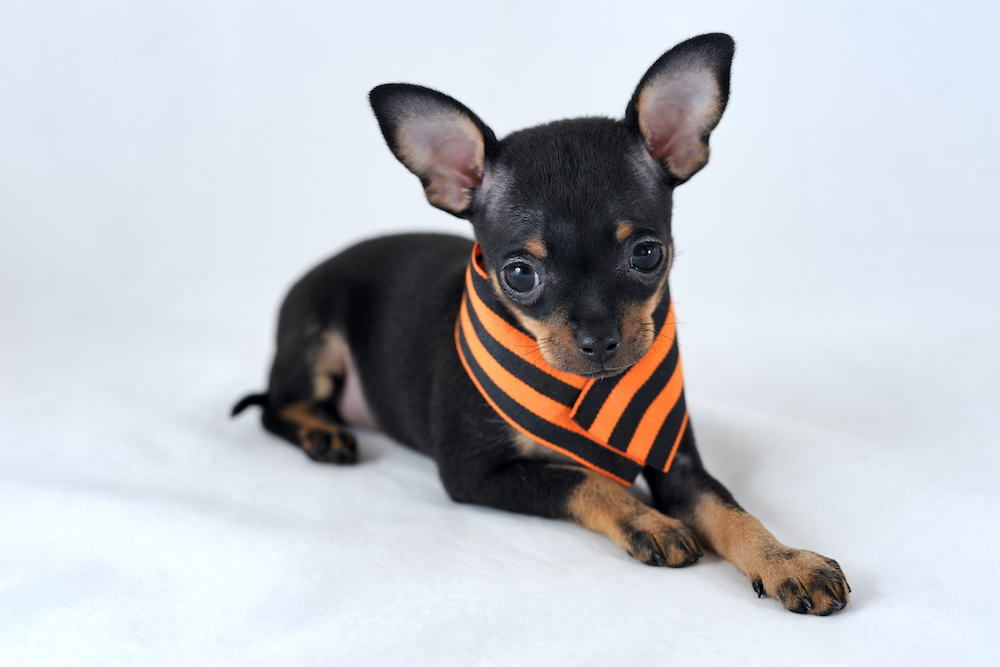 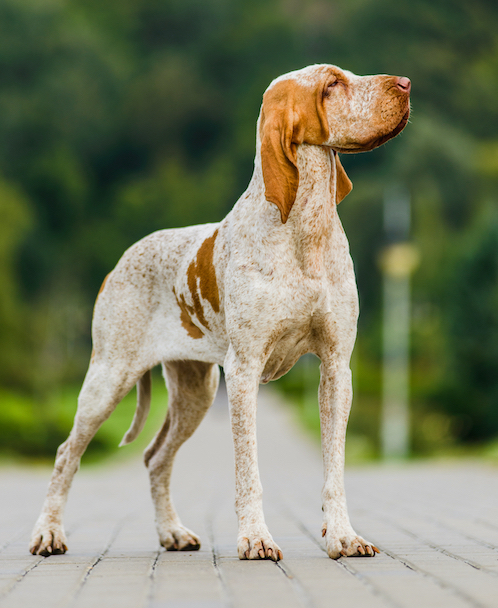 While both the Mudi and Russian Toy Dog will be admitted into their respective groups before the new year, the Bracco Italiano will have to wait until June 29 before it can sail into the Sporting Group with its powerful, extended trot. Indeed, it was that unforgettably ring-covering gait that caught the eye of American fanciers when “Axel” the Bracco Italiano won the 2009 Eukanuba World Challenge in Long Beach, California, to explosive applause. (The AKC’s flagship show has since permanently decamped to Orlando each December, and the World Challenge is but a memory on these shores.)

Believed to be one of the most ancient European pointers, the Bracco hails from Northern Italy, and by medieval times was the darling of Italian aristocrats like the Medici of Florence. Any family that helped invent opera and funded the likes of Michelangelo and da Vinci had an implacable sense of style, found in the Bracco’s “markedly sculpted” head; the breed’s powerful bone and double dewlap nod back to early mastiff-type contributions, though the Bracco at all costs should never be lumbering. The breed has a unique “two-piece” topline that hopefully will not become the victim of generic judging. 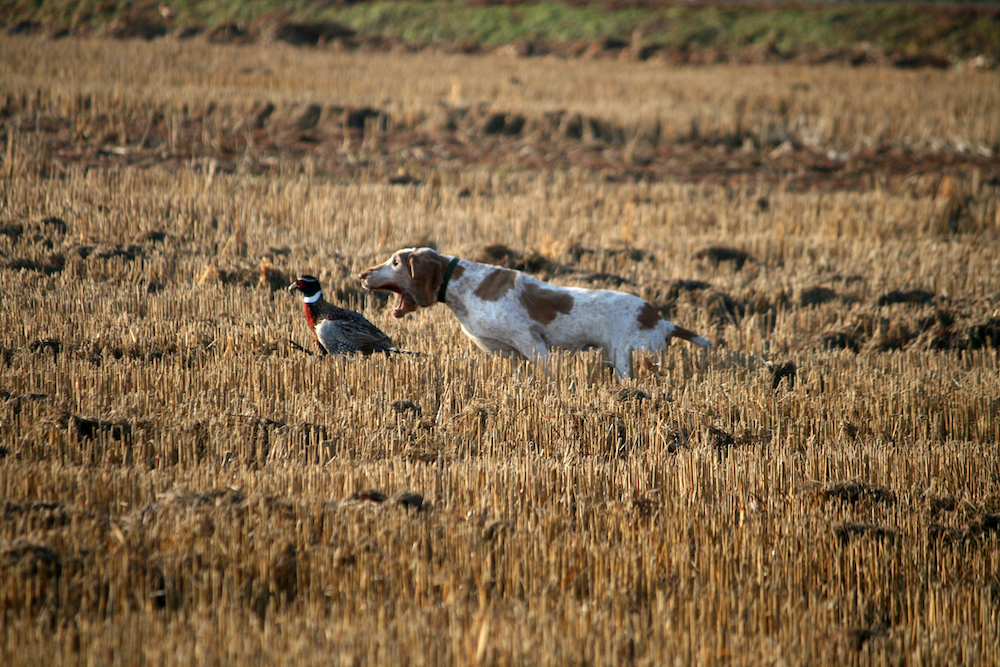 Finally, July 2022 will see another breed advance to Miscellaneous. The Kai Ken is rare even in Japan, where it is one of six native breeds, alongside the already AKC-recognized Akita (split into the Akita Inu and American Akita overseas) and the Shiba Inu. After a false start in the 1960s, where some Kai Ken imports were relegated to a Utah zoo without ever producing offspring, the breed was reintroduced to the U.S. in the 1990s. Referred to as the Tiger Dog for its brindle coat, the medium-sized Kai Ken is an adept climber and was traditionally used to hunt the Japanese serow (a kind of goat-antelope) as well as deer, boar and even bear on the steep mountainsides of the remote Yamanashi region.

After a tough stint like that, gaining AKC recognition should be a relative breeze.

Soon To Be Recognized

New to Miscellaneous in 2021

Moving to Miscellaneous in 2022 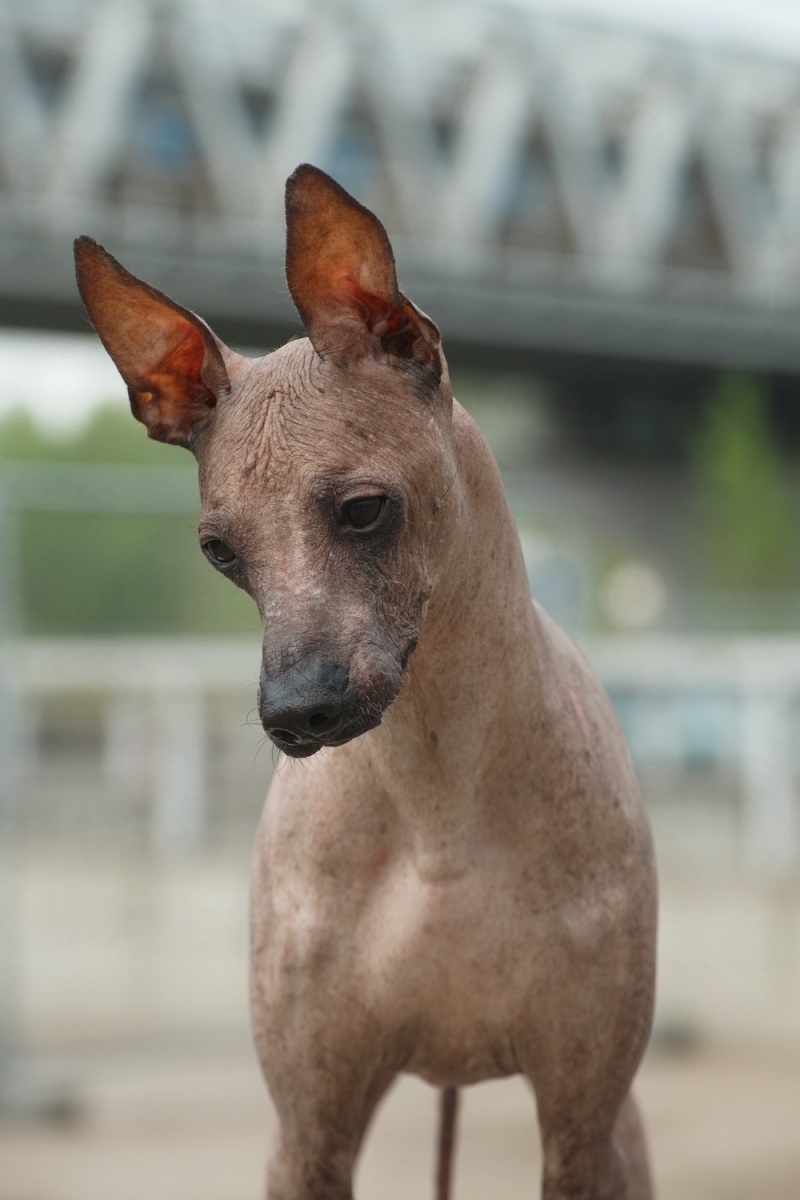 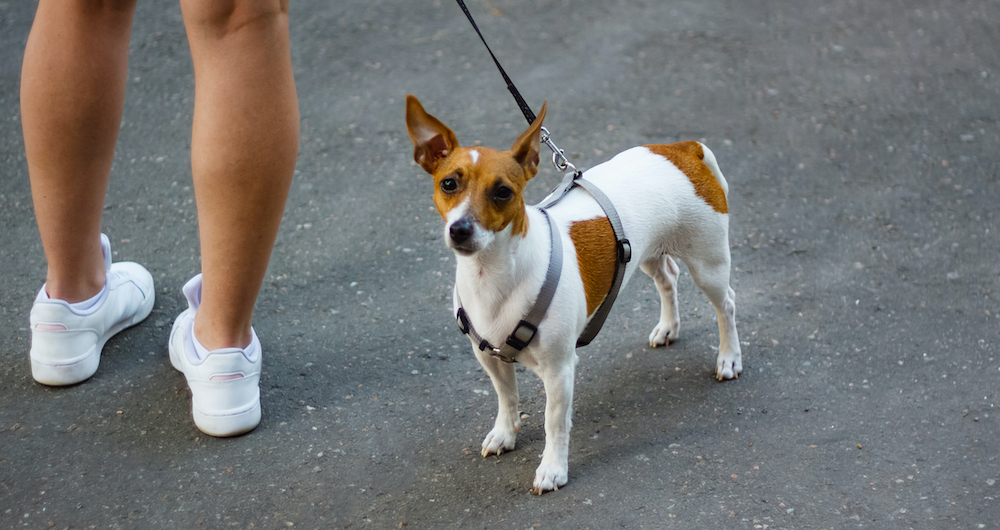 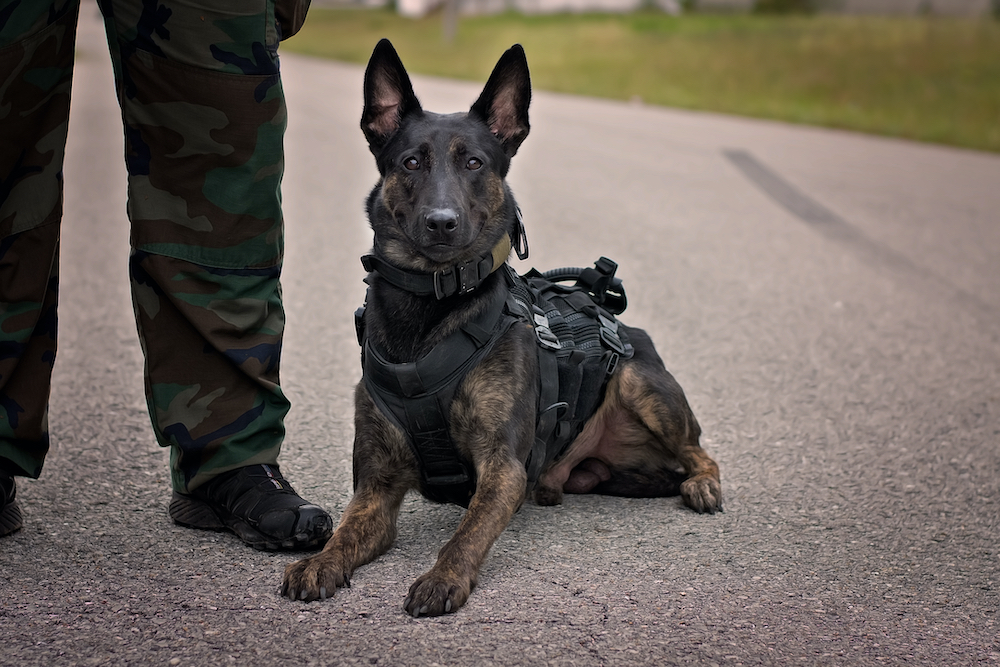 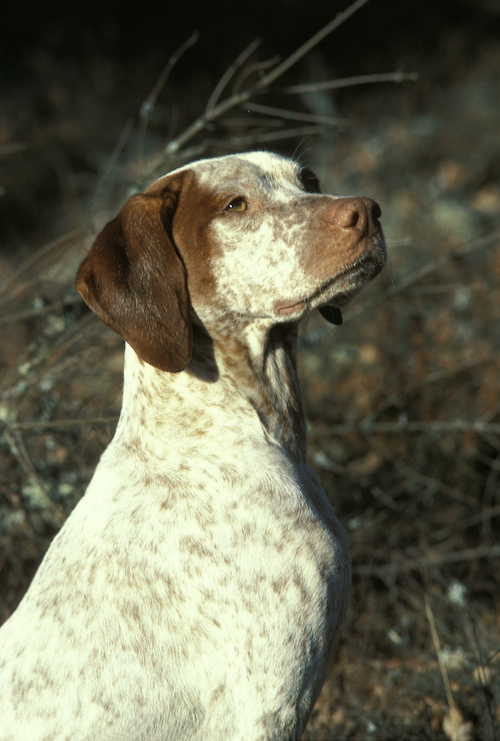 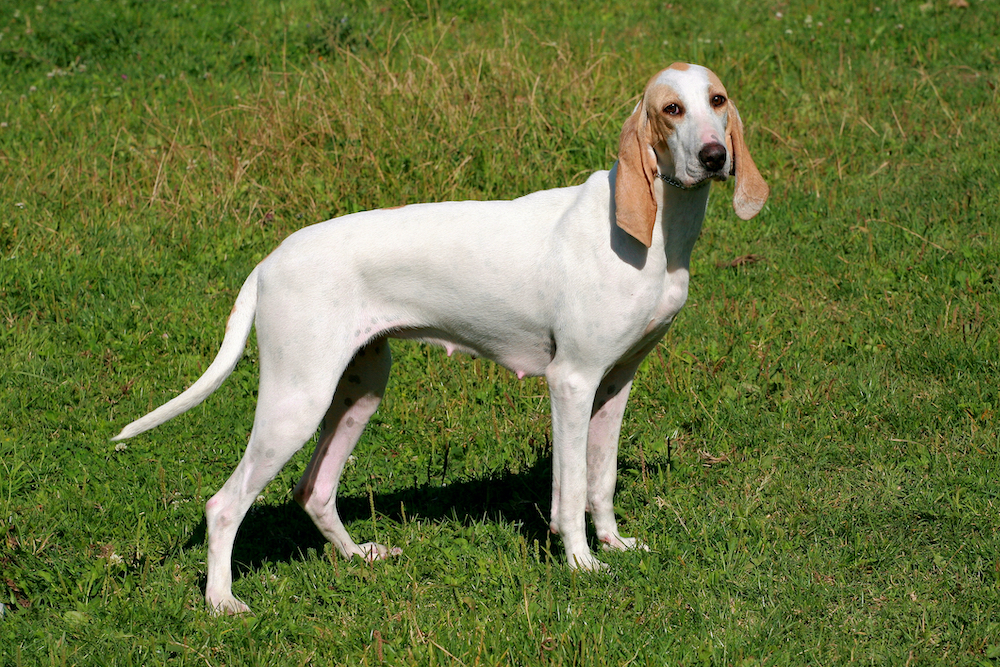 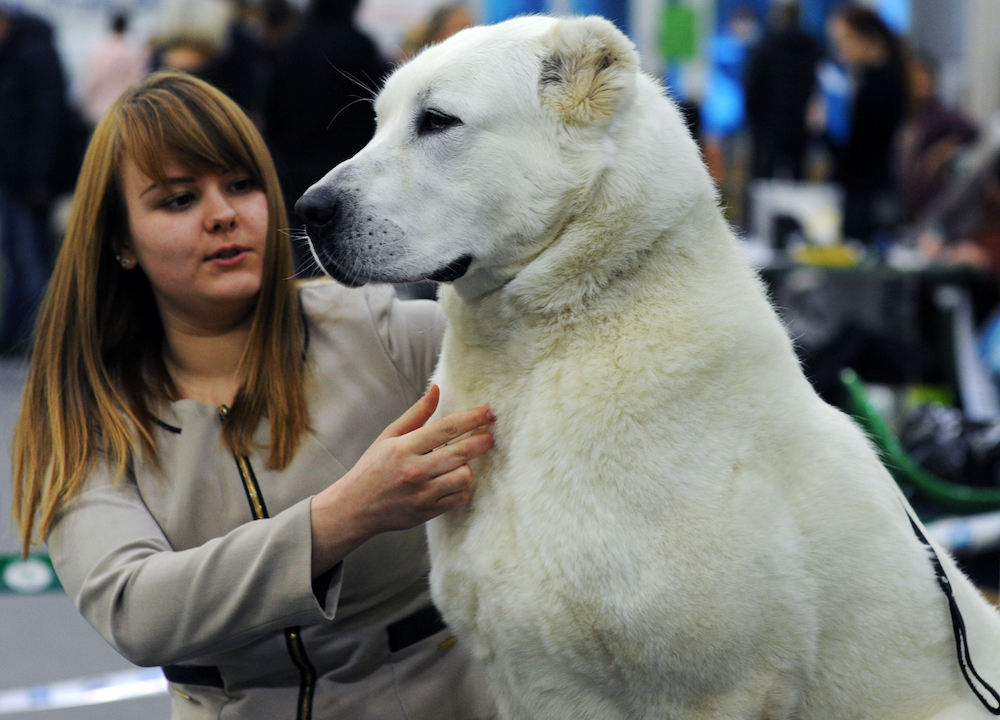 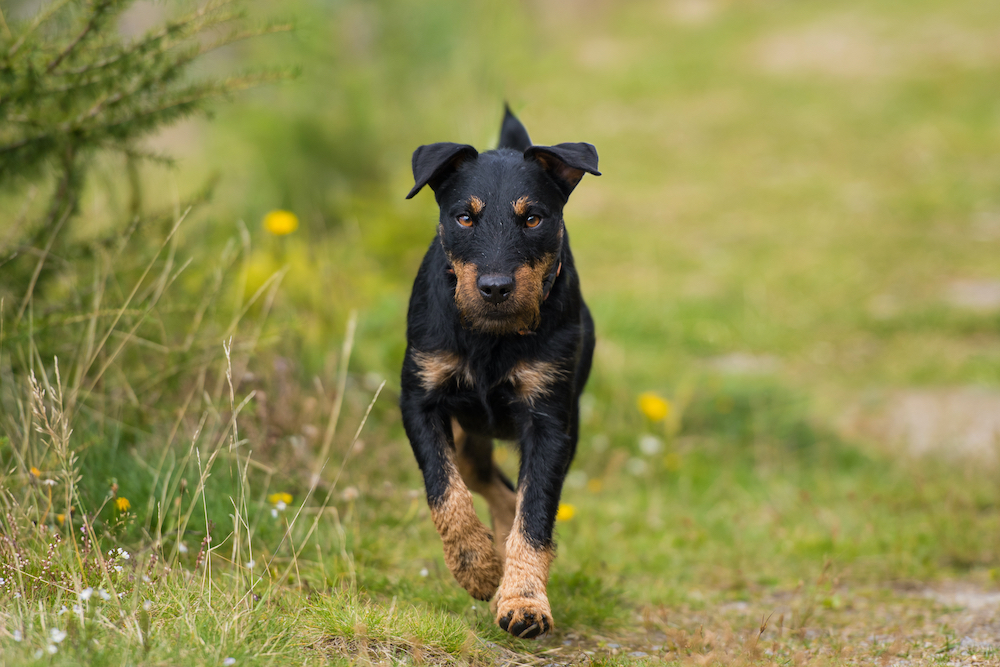 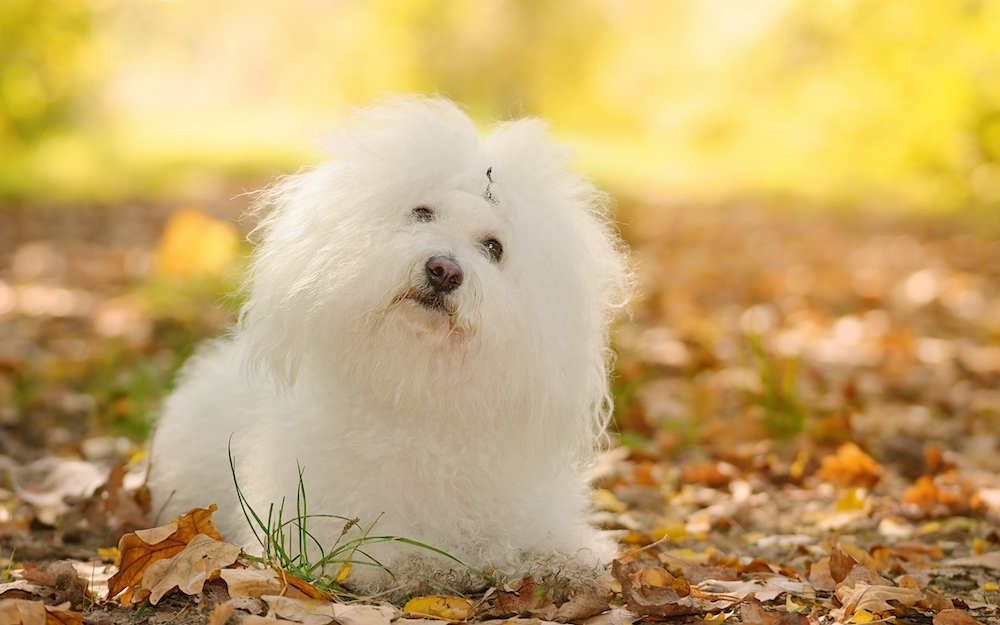 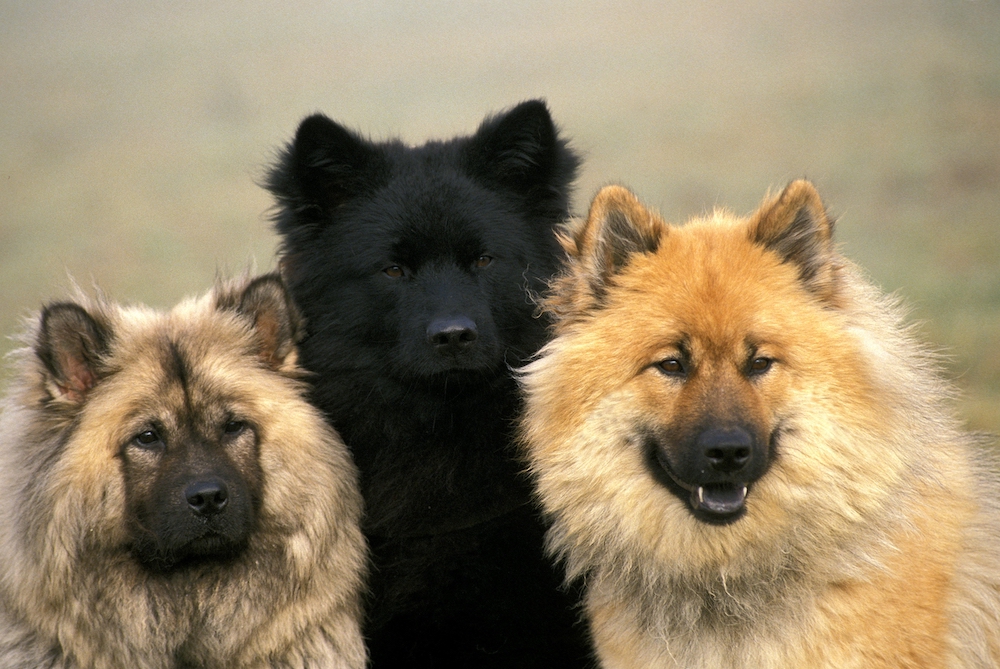 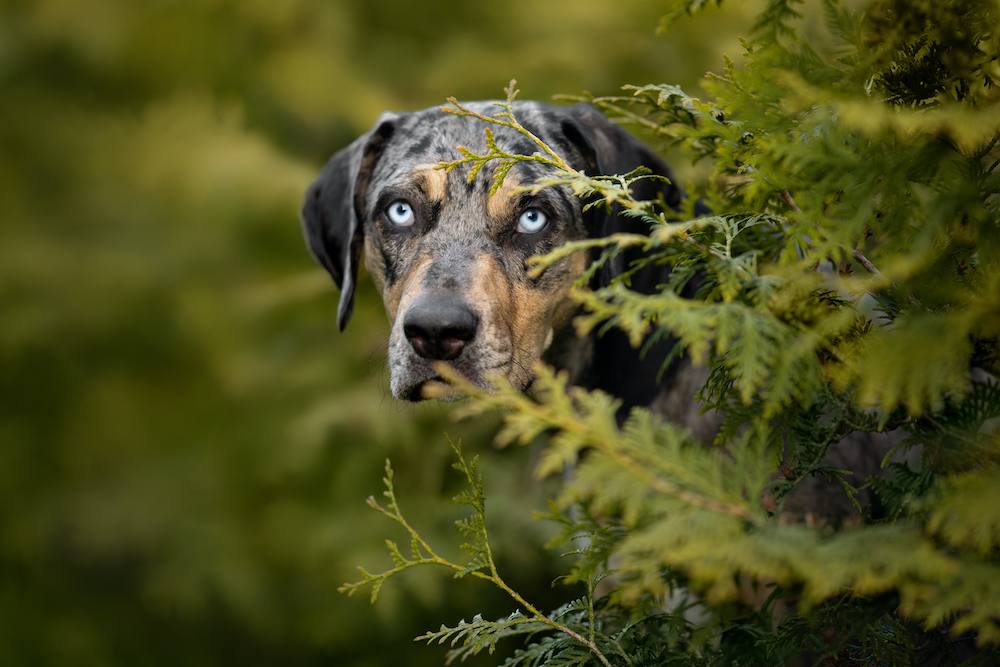 © Dog News. This article may not be reposted, reprinted, rewritten, excerpted or otherwise duplicated in any medium without the express written permission of the publisher.
Sat, 12/18/2021 - 1:22pm