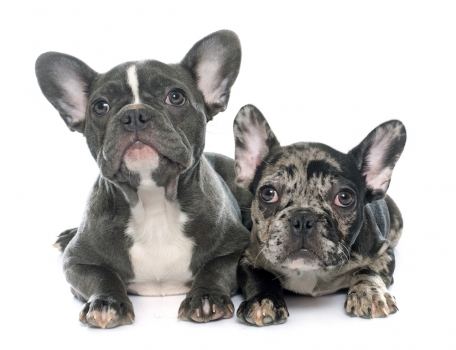 Like it or not, we have become a society obsessed with fame and stardom. We look to celebrities for fashion advice, travel destinations, food and diet obsessions, and social mores. Just look at your Facebook account and see all the tributes to Olivia Newton-John, who passed away this week — someone once very popular but nowhere near the superstars of today. Imagine if someone as red hot in the entertainment business as Beyonce got behind a cause. Actors, singers and sports figures — we hang on their words and follow them on social media. Sadly, that’s something the American Kennel Club has never figured out: Hire celebrities to push the product — in our case, purebred dogs. So it comes as no surprise that when former NBA basketball star and ESPN analyst Kendrick Perkins started breeding French Bulldogs, it got a lot of press. According to a New York Post article written by Ryan Glasspiegel, Kendrick Perkins was allegedly approached by his brother-in-law several years ago and was told “Man, we need to get into this dog-breeding business.” After breeding a litter, his brother-in-law allegedly said, “I need you to post this on your Instagram. Let’s start it up.” The six puppies, according to this article, sold for $8,000 to $20,000 apiece. All sold in three days for a total of $60,000. The brothers-in-law formed a business with new partners and now breed Frenchies in rainbow of colors. Not the traditional and accepted American Kennel Club colors as outlined in the parent-club standard, but a rainbow of colors that are topped by a pink fluffy male named Jay-Z bred in England. (Note again the reliance on a famous name for the dog.) We have no reason to believe that the dogs are not well treated and cared for. We write about it for two obvious reasons: That, right or wrong, celebrity has a big place in our society. They are influencers beyond measure. Just like the doodle explosion, Frenchies that are not accepted colors are proving to be more valuable than those that are. These bastardized breeds and colors are leaving us behind like high-buttoned shoes. The time has come and gone, but it isn’t too late to start a national campaign to promote the uniqueness and quality of purebred dogs that conform to a written standard bred by dedicated people who put health over beauty, but whose dogs are beautiful because they are pure to their breed characteristics, both in looks and temperament. We may not be able to get purebred-dog lovers like Queen Elizabeth II and her Corgis or President Biden and his German Shepherd, but there are famous influencers out there who could help our cause.

© Dog News. This article may not be reposted, reprinted, rewritten, excerpted or otherwise duplicated in any medium without the express written permission of the publisher.
Fri, 08/12/2022 - 11:22pm