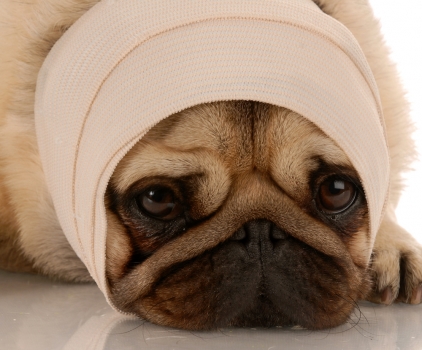 Thumbs up to pet insurance, thumbs down to mixed-breed juniors

While the American Kennel Club went off on these money-losing ideas, the sales of pet insurance continued to grow in the background, slowly but surely, without much fanfare. This past year, as the country was in lockdown, many families decided to purchase a dog. The sales of puppies nationwide flourished. Many in our purebred dog community were inundated with requests for puppies. As many new pet owners are unaware of veterinary costs in today’s world, pet insurance is a viable answer to those unexpected expenses.

So it comes as good news that the American Kennel Club and PetPartners have stepped up their expanded relationship, which can only benefit pet owners nationwide. With AKC Responsible Pet Promise, there is a complimentary initial vet appointment through their network, lifetime microchip enrollment and the thirty-day pet insurance coverage through AKC Pet Insurance, which provides a link to TailTrax, an app that instantly retrieves pet medical records, pet insurance claims and connects to a 24-hour vet helpline for pet-health support and advice. Finally, perhaps, the powers-that-be at the kennel club are channeling their considerable resources in the right direction.

Let’s start at the beginning … The American Kennel Club’s mission statement: “The American Kennel Club is dedicated to upholding the integrity of its registry, promoting the sport of purebred dogs and breeding for type and function.” As the American Kennel Club fell behind in its benign battle against the animal-rights organizations, we caved and started to include mixed-breed dogs in more than a dozen events in our purebred sport – some of which included titles. The intent was not to appear elitist or only caring for dogs that were purebred, but perhaps there was an underlying profit motive, too. Of course, we already help all in the canine world with the woefully under-publicized AKC Humane Fund, with its disaster trailers, and the AKC Canine Health Foundation, which is the purebred community’s biggest secret to the world. Investing in some public-relations muscle for these two organizations would be a far greater boost for the American Kennel Club in the eyes of the public than the recent proposal of having mixed-breed dogs compete in Junior Showmanship. There are other ways to introduce the public the sport of showing dogs, and even though clubs now have the option to opt out of mixed-breed Juniors, it’s time to put the brakes on this proposed “trial run”: Who remembers that with the gas crisis of the 1970s came the “temporary” solution of cluster dog shows? We have watered down the sport to where it is almost drowning.

© Dog News. This article may not be reposted, reprinted, rewritten, excerpted or otherwise duplicated in any medium without the express written permission of the publisher.
Mon, 03/08/2021 - 8:24am