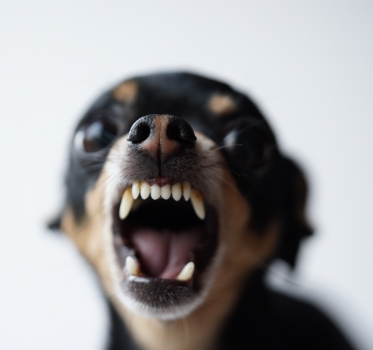 Breed is not destiny when it comes to aggression, a new study finds.

The late, great judge Alva Rosenberg, who passed away in 1973 and was considered by many to be one of the greatest judges of all time, was often quoted as saying “The two breeds to be careful of when judging Best in Show are the Saint Bernard and the Skye Terrier.” Having been involved with one of those breeds for 50 years, that remark was met with some trepidation and resistance. But it was a sentiment long felt by many others in the sport. Breeds were and still are graded as to their ability to be trained and to co-exist in society. All breeds were bred for different purposes, whether to work or just be a companion. But owners of these so-called more difficult breeds were often given a long sigh and words of wonder and encouragement for taking them on. Those negative opinions are comparable to not encouraging a child to be all he or she can be. Telling someone repeatedly that they are a failure, some live up to the expectations. I can remember in 1984, the late judge and Whippet breeder Doris Wear came to our home to pick a Whippet puppy from a litter that we had bred. Asked to enter the kitchen to select her puppy, she hesitated when she saw several Skyes in and among the Whippets. She then told us that Jim Clark (husband of Annie Clark), who at one time was the kennel manager for the late Consuelo Vanderbilt Earl’s Iradell Skye Terrier kennel, said never go near a loose Skye. We politely disagreed as she came into the kitchen, and all the Skyes greeted her with great affection.

But those days in which a dog’s behavior was defined by breed is now in question. Times have changed, and the days of large kennels and extensive breeding programs are long gone. Today, with smaller numbers, each dog is afforded more personal time, resulting in a more well-rounded dog. Which might explain the newest theory of dog behavior. According to a study based on a survey of 18,000 owners and genetic sequencing from more than 2,000 dogs, breed ancestry wasn't such an accurate indicator of how dogs react when provoked by uncomfortable situations. “If you want to know about your dog’s behavior, you shouldn’t be listening to what somebody’s telling you about that dog’s breed and how they’re supposed to behave,” explains lead author Elinor Karlsson, a professor of bioinformatics at the University of Massachusetts Chan Medical School. Physical traits were more closely linked with breed type. Howling was one of the traits most connected to breed ancestry. The realists affirm the role that socialization and experience play in dictating behavior. “It’s no different than a human family, where you can have six or ten children all born to the same two parents. The range of the behaviors in those 10 humans can be enormous,” said Dr. Dan O’Neill, associate professor of companion animals at the United Kingdom’s Royal Veterinary College. So the question remains: Is it Nature or Nurture?

© Dog News. This article may not be reposted, reprinted, rewritten, excerpted or otherwise duplicated in any medium without the express written permission of the publisher.
Fri, 05/06/2022 - 9:33pm