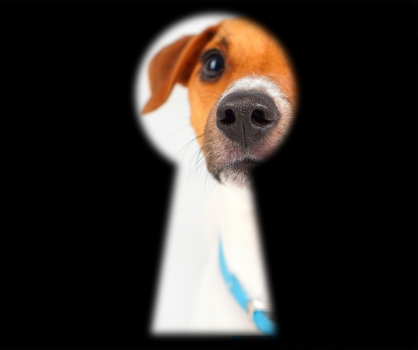 As far back as I can remember, which is pretty far by now, one story has repeated itself.

One dog takes off for the “Higher Spheres,” winning breed after breed, group after group, and then ends up among the country’s top dogs with countless Best in Show wins to his or her record. Totally without any support or admiration from the grass-root breed people.

In Europe this is considered more a U.S. phenomenon, but I have seen it happen everywhere! Even in the U.K., which is in a way surprising, as a majority of judges, at least in the “traditionally British breeds,” are themselves involved in the breed. No doubt, more than anywhere else in the world, in the U.K. breed experts rule the world … But I think that even “over there” considerable changes have happened, as many of the influential breeders who ruled the world – and who the majority of breeders leaned on for help and support – simply don’t exist anymore. Of course, there were people not included in the flock of worshippers, following their own idea of how to interpret the breed bible, aka the breed standard, but they certainly were made aware of their exclusion.

In many ways the show scene in Scandinavia is more comparable to what we see in the U.S. Many shows have generally low breed entries, which means there is neither time nor money to involve breed experts at the same rate as in the U.K. In addition to the rather small number of all-rounders, we had a larger number of “group experts,” which again proved the vast differences in what was considered right and wrong. If you happened to be one of the blessed ones who was approved by the Setter, Pointer or Vorsteh (German Shorthaired and Wirehaired Pointer) clubs to judge their breeds, it seemed a natural progression to also “hand” you Spaniels and Retrievers! But if you belonged to the first-named category, you were most certainly a member of the hunting brigade, for whom beauty was secondary to function and hunting ability. And originally this brotherhood was the dominating group that ruled the kennel clubs in Norway, Sweden and I think even Denmark. The positive side effect was that only the Gundog Group was in their interest. The remainder were free to live and act according to their own breed clubs’ gospel.

If you happen to be familiar with the field-trial version of most of the Setter and Pointer breeds, you know that they are very, very different from what is to be seen in the show ring.

Attempts were tried by some breeders in Norway in the ’60s to beautify the breeds while still retaining their working ability. They seemed to fall flat on their faces. I have never been able to find out what happened next, but recall vividly a lovely lady making an effort to improve Irish Setters by importing a male from the Kinvarra kennels in the U.S. and a bitch from the famous Wendower in the U.K. I remember a litter was born, but there my knowledge about the continued Irish Setter saga ends.

However, a slightly more successful attempt was made for English Setters, which at the time, like their Irish cousins, were dominated by small, lightweight, but extremely fit animals – and the offspring from an imported Ernford bitch actually made quite an impact in the show ring. Ernford at that time was a successful British kennel, famous for dual-purpose dogs. And they did well in both areas, but this did not impress the “hunting brigade,” who still stood their ground.

I have so often wondered why imports from the countries of origin were condemned and classified as detrimental to the breeds – but that was just a fact.

For those of us who focused our attention on the Spaniel and Retriever section of the group, it became at times very difficult to decide which dogs to show where and when. Entries in general were fairly small, so those of us who were aiming for “of the Year” titles realized that if a Spaniel/Retriever person judged the breed and a Hunting person judged the group, your chances of moving onward and upward were seriously affected. To judge Best in Show in those days you had to be an all-rounder (and a lot of famous British judges were given unofficial all-breed status), which meant that hardly ever did you see a field-trial type setter or pointer in the final line-up … Nor would the Brits normally be impressed by what the same judges sent into the ring! And I even remember one of the visiting judges asking which breeds the English and Irish setters were … Obviously not easily recognizable.

The old saying “Different strokes for different folks” can certainly be applied to the entire world.

I have had many a discussion with experienced and sensible judges, both breed fanatics as well as all-rounders, and I think my conclusion has always been that what happened in the U.K., where the breed experts dominated and influenced their own breed, is simply not possible anywhere else.

Of course, within each breed there are often vast differences in what’s prioritized, but normally within a certain framework. In one of my original breeds, Wire Fox Terriers, we had judges in the U.K. under whom you could win with a head on a stick. Provided it was long enough, lean enough and had that desired varminty expression. The rest didn’t seem to matter.

Then other judges had a more balanced view, and of course ongoing discussions within each breed about the input of all-rounders from time to time. There are many breeds in which for decades and generations breeders have worked toward a target concerning very specific and for them important features, but which for the general public – including either all-rounders or judges from “outside” the breed – seem less important. If they were even aware of the significance and sacrifice breeders had gone through to achieve this.

At one time a ratio of something like 80 percent breeder-judges to 20 percent “outsiders” was considered not only practical, but also necessary in order to make sure that general soundness, movement, etc., were part of the equation. And for many breeds in the U.K., this was about reality.

We imported a couple of champions with considerable success in the U.K. that were close to unshowable in Scandinavia due to movement. Perfectly parallel coming and going, but hardly any ability to impress from the side. This seemed to shock a number of my friends, as they thought we had paid a fortune for these dogs. We never did. But then when using these animals in our breeding program, their offspring moved very differently, so we decided it had to do with lifestyle rather than genetics. As well as the fact that side movement in the U.K. at the time was so much less important for some breed specialists in certain breeds than in the U.S. or Scandinavia. So  my conclusion is that all-rounders do have a mission.

But in countries where the percentage of breed experts on judging panels is few and far between, it happens again and again that dogs not admired by their own breed experts take off and reach the heights.

These days I judge a number of breeds myself – and for me even my own breeds involve an eternal learning process. New issues face you when you least expect it, and I must admit that I have great admiration for those with all-round status who without fear step into the ring, at times meeting breeds they have never even seen before. Because that’s actually happening in this world, the result at times being a bunch of generically sound dogs that might not even look like their own breed. Still impressing the onlookers, including other judges who choose to automatically follow the leader, and then “a new type” ends up on top of the lists. And changes the image of what the breed is supposed to look like forever …

Sounds scary – but could never happen in the U.S.?

Or could it, and has it? And if so, probably gonna happen even more frequently!

© Dog News. This article may not be reposted, reprinted, rewritten, excerpted or otherwise duplicated in any medium without the express written permission of the publisher.
Fri, 11/04/2022 - 1:36pm