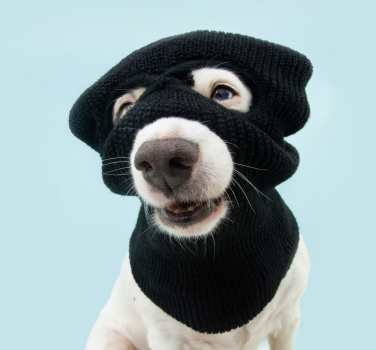 Blurring lines in the purebred dog world
By
Geir Flyckt-Pedersen

If anybody reads this, you are most likely fed up by my comparisons between the various European countries of my past life and the rules and regulations of this country.

But still, here I go again!

Living in Norway, one of the issues I had reading American dog magazines was the fact that there could be two (or more) ads with different breeds using the same prefix or affix, despite being bred by different people. Could never happen in my world.

My mindset is obviously still in the past, as when I found a Toy dog with the prefix Silhouette, which is used by Cindy Cassidy of Sarasota for her very successful Weimaraners – and who is nowadays also doing great things in Pumis. My immediate thought was: Never heard that she also bred … ! But this dog had nothing to do with her.

Random is another prefix I know well. To me it is a synonym for Wire Fox Terriers and Bill McFadden – and only a short while ago I had the same experience flipping through a magazine, surprised to see that he also bred … ! But, again, no connection.

And over the years, again and again I had the same experience.

When starting out as a keen teenager, one of my ambitions was to register my kennel name.

I cannot remember why it took so long, but what clearly comes to mind is that my first choices, three or four of them, were refused, as they were already in use in different countries. I think in a couple of cases it was either Brazil or Argentina, which although members of the FCI were totally out of reach for us due to quarantine restrictions.

So in the end I decided to create my own, copying a Norwegian Poodle breeder who started the … line based on an important male or female in their foundation. So my Lady Lou became the base for my Louline, although you will never find her name in any current pedigrees. But that’s another story!

A lot of my friends went through the same process trying to find a “breed specific” name or one with a personal or historic connection. It was very important, as we all knew that once registered by FCI, no one else could use it as either a prefix or even as part of a name!

And of course all new applications were published in the kennel club’s magazine – and I successfully objected to a Swedish breeder of Leonbergers who applied for Leoline, as phonetically (particularly for Swedes with a southern dialect) it sounded exactly like Louline!

So whenever names like Hubbestad, Sober, Sandyland, Bohem, Marsten, Ragtime, Raglan, Travis, Örliden, El Khyrias, Airescot etc. were found in any list of results or as part of a pedigree, we knew immediately who the breeders were, the breed or breeds, and where they came from. And in a majority of cases the kennel name was like a synonym for the breed that carried it.

Rules have changed these days, and I think after having bred two litters you now have to register a kennel name to be able to register any further litters in your name.

So for us under FCI rules the prefix/affix became our very personal “hallmark,” which we would protect with our lives if necessary! Well, nearly ...

Then moving to the U.K., the first thing we did was to register our prefixes, as until that was done anybody could use them. Easily done and with an annual renewal fee, which even at a low cost certainly brings The Kennel Club a substantial amount of revenue each year.

I knew of course that TKC and FCI had no intentions of synchronizing their kennel-name rules, but once registered in both jurisdictions, as long as you kept renewing, you were

I think going back a few decades there were really no rules regarding naming of dogs and use of kennel names, which has proved to be a problem for those poor people who are trying to do serious work on breed history.

I don’t know what the current rule is, but in the olden days if you purchased a dog already registered you were allowed to change the name to whatever you wanted, provided it had not already won its way into the stud book. And frequently when you purchased a puppy/dog you received a handwritten pedigree, and it would be up to you if you found registration necessary – and if so you could use any name you wanted. I think that if it was too short the KC staff would add the affix Kenstaff!

I believe that in recent years the rules have been “tightened,” but if you own the sire of a dog you may register the dog with your kennel name only. But without any connection you will be able to add your name to the already existing name. So very confusing.

I can of course understand that going back in time it could be complicated to co-ordinate the rules and processes, but at this time with all available technology it is my hope that kennel names could be registered with global protection. At least within the kennel clubs working together: TKC, AKC, FCI!

One of my reasons for considering this an important issue is that, particularly if successful, the name becomes part of your identity. In my case I am frequently referred to as Mr. Louline – in addition of course to all my other names …

It breaks my heart when I see substandard animals in different countries with names like Salgray, Salilyn, Montfleuri, Greenfield, etc., and of course when my own name is being used or – as I see it – abused!

In the U.K., most breed clubs “protect” famous, influential names from being used for eternity, which I think is a great way to protect the respectability of great, hardworking breeders.

I don’t know if that ever happens in the U.S.? When I first moved here, I paid $100 for five years protection, but only from being used in my breed!

As you probably have noticed by now, when it comes to dogs I am “omnivorous,” or maybe a better description is I take an interest in all breeds, and have followed the history and progress of so many kennels and breeders for some 60-plus years. And some breeders really deserve a place on a pedestal for the quality they produced and supplied to the world decade after decade! Then for some reason due to health, age or death the breeding stops, and the kennel name is left to a relative or – in some cases – an employee.

When I first started judging in the U.K., I judged a show in a part of the country that for many years was a hotbed for a certain hound breed. For this breed in particular I had high expectations. Being totally shocked by the lack of quality, I mentioned this to my steward, who told me the reason was that Mrs. XX had died a few years earlier. What she didn’t tell me was that this world-famous prefix was passed on to a relative who was supposed to continue the line.

I was seriously shocked checking the catalog that evening to read my results, realizing that all these (from a show point of view) worthless dogs carried that very famous

prefix. It happened nearly 40 years ago and is still etched in my mind as something I will never forget. Just sad to see this name being dragged down to a whole new and unacceptable level.

I could come up with a long list of kennel names made famous for their high standards and contributions to the improvement of certain breeds that are still in use by a new generation without living up to their own historic reputation. Sadly destroying the reputation and image created by decades of competent, planned breeding.

If a prefix/affix upon someone’s death is “willed” to a specific person, there is probably nothing you can do, but for those left available there are opportunities to make use of.

The world is getting smaller day by day. Life has changed in so many ways, not least of all when it comes to changes in quarantine restrictions, which have resulted in a huge exchange of dogs and bloodlines between different continents.

In addition to being a source of income for the AKC it would be great if we could adopt a system that protects the identity of each and every breeder/kennel, and work with TKC as well as FCI so whenever I see Random it means McFadden, Broxden means Booth, Wolfpit means Hutchinson, Silhouette means Cassidy, and on and on. No matter where I happen to be in the world.

It would of course need some work, but in the long run it would surely be helpful both for the sake of current identification as well as for those focusing on breed histories in the future.

Or is this just another stupid idea coming from a poor immigrant?

© Dog News. This article may not be reposted, reprinted, rewritten, excerpted or otherwise duplicated in any medium without the express written permission of the publisher.
Wed, 05/26/2021 - 12:43pm