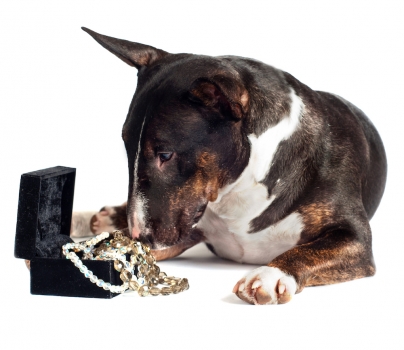 That old quote doesn’t relate to dogs or other animals, but is frequently cited as an illustration of experts’ — and at times amateurs’ — different opinions about real value as well as potential.

So in a way it has relevance to what we observe in the show ring these days — and has most likely been a phenomenon at any time in history. And face facts: Diversity regarding interpretation of our breed standards is an important factor in so many ways and continually the basis for so many heated discussions …

I recently had the enormous privilege of judging at a few European all-breed shows in the pleasant company of judges from all corners of the world — and at times very obviously with substantial differences of opinion on right and wrong, typical or atypical, etc. In many cases, this is simply due to the fact that a number of these modern all-rounders don’t have these breeds in their home country, or in certain breeds have an average population below what we would consider to be an acceptable standard.

At one of these events, a couple of exhibitors told me that due to appointed judges for their breed, they chose not to show their “A” team, as those would not be appreciated — and entered dogs they would not show to breed specialists, as they would not impress … They were then very upset when there was a change of judge to one with more specific breed knowledge and/or interest. As expected, they did not do well under the new appointee, but the next day did really well under the “generic” judge.

Also, looking through entries for different judges: In many cases the numbers were considerably higher for the “generic” than for the experts, which is interesting.

Personally, I consider it a compliment when people don’t enter because they know what I like and dislike — and then choose to spend their money on the “unpredictable” judge whom they know little or nothing about.

This is what we in the Olden Days described as the “bingo effect”! Which I hope is self-explanatory … And I happen to know for sure some judges in my old world who were unpredictable by choice, as they knew it would affect their entries in a positive way!

At one show there was — if you checked breed allocations — clearly an ambition to give most of these all-rounders breeds with which they had no connection. I think this might have been a tactical decision, hoping to boost the number of entries. And as usual, some did not have any problems, while others seemed totally lost. But I think even the exhibitors were prepared for this to happen — and didn’t seem too upset, even if a number of sarcastic remarks were overheard! Well, what do you expect? It is a dog show!

I think the best indicator of how seriously the AKC and TKC (UK) take the judging process is the low number of fully fledged all-round judges in both countries, while if you only cross the border to our next-door northern neighbor, you find a very different situation. And if you check other parts of the world, it is even more significant.

What I find most ironic is, of, course that some of the countries with the lowest numbers of breeds, registrations and sizes of dog shows have the highest number of all-rounders. And if then associated with FCI, they are qualified to judge all breeds in FCI countries worldwide. The sad fact is that without a large number of all-round judges in FCI countries, many with small entries — and the rule that any breed recognized by FCI in any country might become a champion or at least be awarded a certificate toward a title without having beaten, or even met, a single other dog of that breed — the entire system would need to change!

That a large number of these globetrotters also hold high offices within either their own countries’ kennel clubs or even FCI is very interesting.

For those of us who grew up in Scandinavia, the entire World of Dogs was made up of the three Nordic countries, the U.K., Germany and the U.S. — and then came France, Italy, Spain, Holland and Belgium. Basically, they were the only countries from which judges were invited, plus the odd “stray” from Australia, Canada and South America. Although exchange of bloodlines was virtually impossible — or at least excessively expensive due to the then quarantine restrictions.

When we observe considerable differences in opinions between judges from different countries or continents, we often refer to the differences in breed standard. For FCI there is the general agreement that they follow the standard from the breed’s country of origin, which can make a huge difference. But nowadays the breeds considered to be under jurisdiction of TKC (UK) have standards that in many cases are not very helpful. And when asked, I recommend that everybody check the U.K., U.S. as well as FCI standards for safety’s sake. If judging in the U.S., you naturally live by the AKC standard regarding height, weight, proportions, color, etc., etc., as in those areas there are considerable differences. And of course TKC has no DQs, while for breeds with origins from other countries you at times find DQs in abundance. But I still think reading all standards available can give you a better picture of the breeds involved — and then, if anything is still in doubt, it provides a very excellent basis for discussions with your mentors.

Whenever I have had the opportunity, I have claimed that when TKC “rationalized and abbreviated” their breed standards some 40 years ago, they must have taken for granted that whomever the standards were aimed at already had fairly good insight into the breed concerned. Which sadly is not always the case.

In some of my own breeds I learned from seasoned breeders about important details that HAD to be correct to make a dog worth even looking at. But several of these parts are not even included in the modern versions, which of course has led to many a discussion and confusion that could so easily have been avoided!

I must shamefully admit that when I recently judged in Europe and was asked to have a few student judges in the ring, I brought with me the AKC set of standards, as they include important features (for some breeds) by now edited out from TKC /FCI versions for the ones with similar ideals and outlines. And I personally consider head planes, length of neck, eye shape, color, tailset, etc., to be features that should be included.

Then in a number of standards the word symmetry is used to describe the breed’s outline, which has always been a problem for me to understand. In Merriam-Webster, symmetry is explained as “A figure or shape that can be divided into two equal parts by a line is called a symmetric figure.”

Doesn’t say anything about the size or length of those parts … and without that information included, I suppose it is all left to your own ideas and imagination.

It is still fairly obvious that many standards were written by breeders of livestock, including horses.

The Wire Fox Terrier standard (U.K.) says: “Standing like a short backed hunter, covering a lot of ground”! Very similarly expressed in the AKC version, but how many of those judging the breed these days fully understand what that means?

But did you ever see an overangulated hunter?

If you find one, take a picture and share it with me.

© Dog News. This article may not be reposted, reprinted, rewritten, excerpted or otherwise duplicated in any medium without the express written permission of the publisher.
Thu, 01/19/2023 - 6:51pm