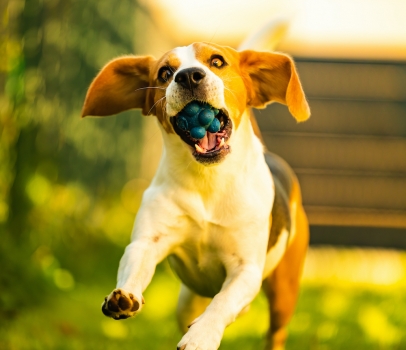 When it comes to the sport of dogs, try and see the glass as half full
By
Geir Flyckt-Pedersen

I don’t know if this is a very subjective perception of mine. But, having had time to reflect about anything related to the very special sphere we live in – aka the World of Pedigree Dogs and Dog Shows – whenever you ask a question about a special dog or specific judge, a large percentage of the responses come through as very negative.

Therefore, in the aftermath of the Westminster 2021, it has been a true and very pleasant surprise that as far as my eyes and ears are concerned, not a single negative word has been read or heard!

Is it possible that a positive side effect of this dreadful pandemic has been that people in general have learned to appreciate things we previously took for granted?

I think we all have, in so many ways.

As some of you know already, I am just a poor immigrant who was never seriously involved with either breeding or showing dogs in the U.S.A., although I had the privilege of exporting dogs from Europe to some very lovely owners who left them in the hands of some, mostly, even lovelier, but – more important – seriously skilled handlers.

I have never been able to add the total number of group and Best in Show wins these dogs amassed, but they were in the hundreds!

So lovely to watch the fruits of your own thinking and planning blossom. Especially as other people did the hard work … To be honest, with a level of presentation that I could probably never match.

To follow the careers of these dogs was in itself fun, but in reality more like an ego trip.

Then where do the real “fun parts” come into the picture?

In those days we used to spend a few months in Florida every winter, but planned things so the trip across the pond included both the Florida shows in January as well as Westminster in February.

Of course, just attending these shows was in itself fun and very enjoyable, but even more so was socializing with handlers and judges between the shows in Florida, where in addition to some very lovely dinners, we “all” took part in the Hackers and Handlers Tournament. And let me tell you, these handlers were as competitive on the golf course as they were in the show ring … Fun to be part of and fun to watch.

Then the next stop was for us Westminster. When the entire event took place in the Garden, this was the most magical event, filled with atmosphere and excitement. Just wandering about in the grooming section was a fascinating experience – and observing how everything was orchestrated to get all these dogs into the ring was unbelievable.

I have previously mentioned that one year I made it my task to follow one of my idols, Mrs. Jane Forsyth, from ring to ring all day, as I had counted in the catalog that Team Forsyth had 79 dogs entered … And they all were shown – and a majority won!

But the real “fun” part, even for Westminster, was all that went on before and after the show.

I know a number of people criticized the late-night theater event, but I loved it. A very different experience. But long before that, in addition to dinners with friends from all over the world, there were those Parties: Iris Love’s Tavern on The Green, the Sosnoffs’ Extravaganza at their beautiful Dakota building residence, and also the LeFrak Party, to which we were never invited despite buying one of Mrs. Karen’s excellent children’s books for 15 dollars. But then who said life is always fair?

Then, after long, long, exhausting days, the enthusiasts gathered in the hotel bar until the early hours to make right all the mistakes we had observed being made during the day…

Feeling lucky and happy to have survived this week in the Big Apple, we crossed the Atlantic to make sure we never missed showing our own dogs at the major shows in England or Scandinavia.

Then, for a number of years, back to the U.S. for a few weeks during the summer, spending time in Constantine and visiting Mackinac Island with the incredible Amelia and Dan Musser. I also had the privilege of joining Mr. and Mrs. Ward at a number of shows in Illinois, Indiana, Ohio and of course Michigan. Always learning from the Master Himself, I also had the benefit of getting to know a lot of people in those states, which I will forever treasure.

But very important: In between, or sometimes during the summer, after the shows there was always time for some fun, usually at a local eatery, but of course preferably on a golf course. And the always competitive Mr. Ward was always better company when he won than when he lost!

I will forever miss him! Plus the money I occasionally won from him ….

Then of course back home, but we would return for the Event of the Year outside dog shows: Dog Days at Mackinac Island on Labor Day weekend, where I think 150-plus breeders, handlers and judges gathered for a long weekend of golfing and socializing.

As an “outsider” looking into this part of the U.S. dog world, this was as much fun and excitement as a regular human body could possibly tolerate. Every year, I left the island with a sack full of memories. And again, for those who golfed, the competition was serious.

One of my favorite memories involved two favorites: Captain Jean Heath and Jane Forsyth! Always serious competition between the two, but this time Jean was pissed as Jane gloated over the fact that a teenage Sioux had beaten Jean in the Longest Drive Competition! Golf can be more serious than any non-golfer can ever imagine!

On the social side were the benefit and privilege of getting to know people better. Not least Julia Gasow, whom I had been a long-time, long-distance admirer of for years. But also a number of prominent breeders, judges and handlers whose company and friendship have lasted for years. For me personally, I realized what a huge difference in general attitude toward our sport comparing the U.S.A. to Europe.

Major influences: Professionalism vs. Amateurism, both regarding exhibitors and judges, but then add clients and expectations! Clients of course expected to be rewarded for what they paid for. We didn’t have any clients in Europe: We were our own clients! Makes a huge difference.

After a few short weeks back home, it was virtually mandatory for anyone who considered themselves anything as exclusive as a Terrier Person to head for Montgomery! Just being at the show, wandering about looking at all those fabulously well-groomed terriers, was in itself more than serious fun! But also meeting friends and acquaintances from different corners of the U.S. as well as the entire world.

Then add those after parties where again we had the chance to exchange views and opinions with people just as crazy about and involved with this game as we were ourselves.

Always returning home enriched with inspiration and new thoughts of what to put into practice, both regarding breeding and grooming.

If you were a Terrier Person who had no fun during Montgomery week? Well, then, you probably should remove the Terrier part from your personal profile …

Even if I think our sport needs to be taken seriously (I never say, “It’s just a dog show …”), I think it is important to take a step back from time to time and mix in some basic fun.

© Dog News. This article may not be reposted, reprinted, rewritten, excerpted or otherwise duplicated in any medium without the express written permission of the publisher.
Fri, 07/09/2021 - 12:58pm