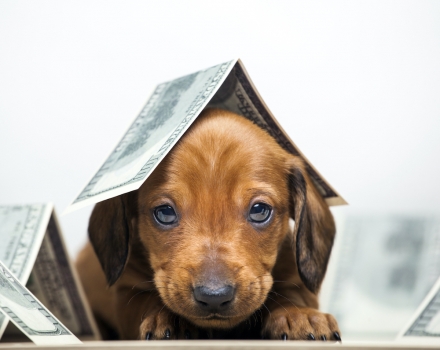 Financial incentives are certainly not a motivation for showing dogs!

What It's All About?

I suppose I am not the only person obsessed from a relatively early age with any animal – mainly dogs, but really anything on four legs?

How, where and why this interest affected me so early are questions that will never be answered – which in itself may be a good thing … !?

That “our sport” is considered a meaningless waste of time by many – even some of my equestrian-obsessed friends – has at times upset me and really hurt. And I think that a major factor to the lack of “prestige” is that compared to other sports – or interests – there is very little money involved, and also that the TV and press coverage is very limited.

Based on personal experience, the only times you can obtain feedback of acceptance is when you share that you actually showed your dogs at Crufts or Westminster and – maybe even better – judged at any of these shows. And any time these high-profile shows, including the AKC National Championship, appear on the screen, you realize the enormous influence this medium has on life in general, but also how important this is for promotion of our sport. And not least of all a rarely given opportunity to broadcast what we, hopefully, are aiming for: healthy, purebred, AKC-registered dogs that within their pedigrees have generations of efforts to breed not only beautiful, but also sound, healthy animals with the added bonus of longevity!

Although you will always come across exceptions, the number of unselfish, idealistic breeders in our midst is the majority. (Although most of us also want to win!)

Like so many others, I happened to really appreciate Pat Trotter’s speech at Westminster this year. She grasped the opportunity with both hands, declaring: “All pets are not show dogs, but all show dogs are pets!”

I remember vividly a Stockholm show many moons ago. We had a team of Cockers, Fox Terriers and a Norfolk, and one of our “horsey” friends turned up at ringside – his first-ever visit to a dog show. After following us as we rushed from ring to ring – which when you have more than one breed as always happens at nearly the same time – his comment was: “If you win these competitions, how much money do you bring to the bank upon your  return home?”

Which of course could make us feel slightly awkward based on the countless hours of grooming , exercising and traveling, in addition to the cost involved: entry fees, gasoline, hotel, restaurants and not least of all time spent preparing for this as well as any show we went to … Why? And particularly difficult to explain and justify on the occasions we returned home in the middle of the night, after a long weekend of dog shows , empty handed and without anything to show for it …

Definitely not easy for any outsider to comprehend!

I know the scene is different in various parts of the world, but I still think the majority of serious breeders and exhibitors have to spend tons of money to pursue their interest.

And for all those who ask: What’s the point of all this?

What’s the point of spending hours hitting a ball back and forth on a tennis court? (The same with golf, soccer, swimming, running marathons, etc., etc.?)

Or spending hundreds of thousands on hopeful racehorses that in seconds can be wiped out (if it hadn’t been for the insurance money…). And which you often hardly ever see?

What’s it all about?

I have not yet come up with an answer other than that we are all different. Whenever I need something to “hold on to,” I remember the Dalai Lama’s reply to the question from a journalist: “What’s the meaning of life?”

“That we shall all be happy!”

So whatever you do in life that makes you happy, without hurting anybody, is according to him your entitlement! So following his advice should definitely make you feel happier and more accomplished. Despite all remarks and comments from friends and family that you are wasting your time and life by your involvement in this useless activity!

But another of many questions that have remained on my mind since the early days (in addition to trying to grasp the concept of infinity) has been the fact that around the world there are some 300 or 400 breeds of dogs that all have established groups of staunch and enthusiastic supporters.

I just wonder how this happens: That every breed lives on and in most cases increase in numbers, both regarding dogs as well as breeders.

There have been times during my, by now, more than 60 years of involvement when we have seen breeds reaching levels of amazing numbers and popularity that have virtually destroyed the breeds. And ruined reputations both regarding overall health as well as temperament.

In both areas you can in different countries find that happening to Wire Fox Terriers, Cocker Spaniels, Poodles and German Shepherds, to name but a few. And bit by bit some of these breeds’ popularity evaporated into thin air and was of course then shunned by the commercial breeders. Finally leaving it to the serious enthusiasts (who for decades had been fighting a losing battle) to keep doing what they had been trying to do all the time: restoring the breeds and their reputation to what they once were! Something they were never really given credit for by anybody outside their own spheres.

I have a feeling that by now the pet market in general has moved on from dogs with exclusive pedigrees, which in days gone by was made a rather “snobbish” decision, as having a dog descending from a famous Stockholm, Oslo, Crufts or Westminster winner was something to brag about! I remember well in the late ’60s grooming a Scottie in Norway owned by the American NATO general who, when he brought the dog, proudly announced that his littermate had won Best in Show at Westminster! Very proudly!

I think that when we in a few years look back at the current pet scene, we will find that the illusion of the healthy Doodles or rescued mongrels will have been rectified!

Even in my own family we have a little girl who is hell bent on getting a Golden Doodle, which immediately had a response from a veterinarian and family friend warning her about the increasingly serious health issues with this variety! (Oops … nearly said “breed”!)

So maybe after all in the end it is a good thing that these varieties have taken off and thus save our breeds from future destruction. Hoping that the serious breeders in the meantime have been able to find good homes for their puppies bred for the right reasons …

Above the clouds the sun will always shine brightly!

© Dog News. This article may not be reposted, reprinted, rewritten, excerpted or otherwise duplicated in any medium without the express written permission of the publisher.
Mon, 09/06/2021 - 9:59pm