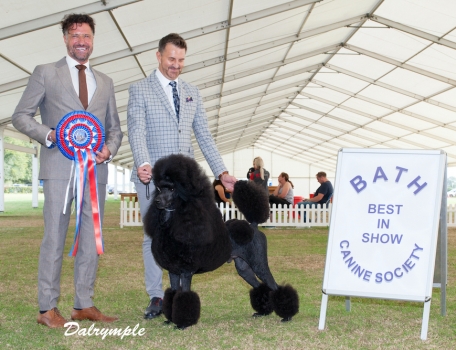 A Round-Up of Summer Shows 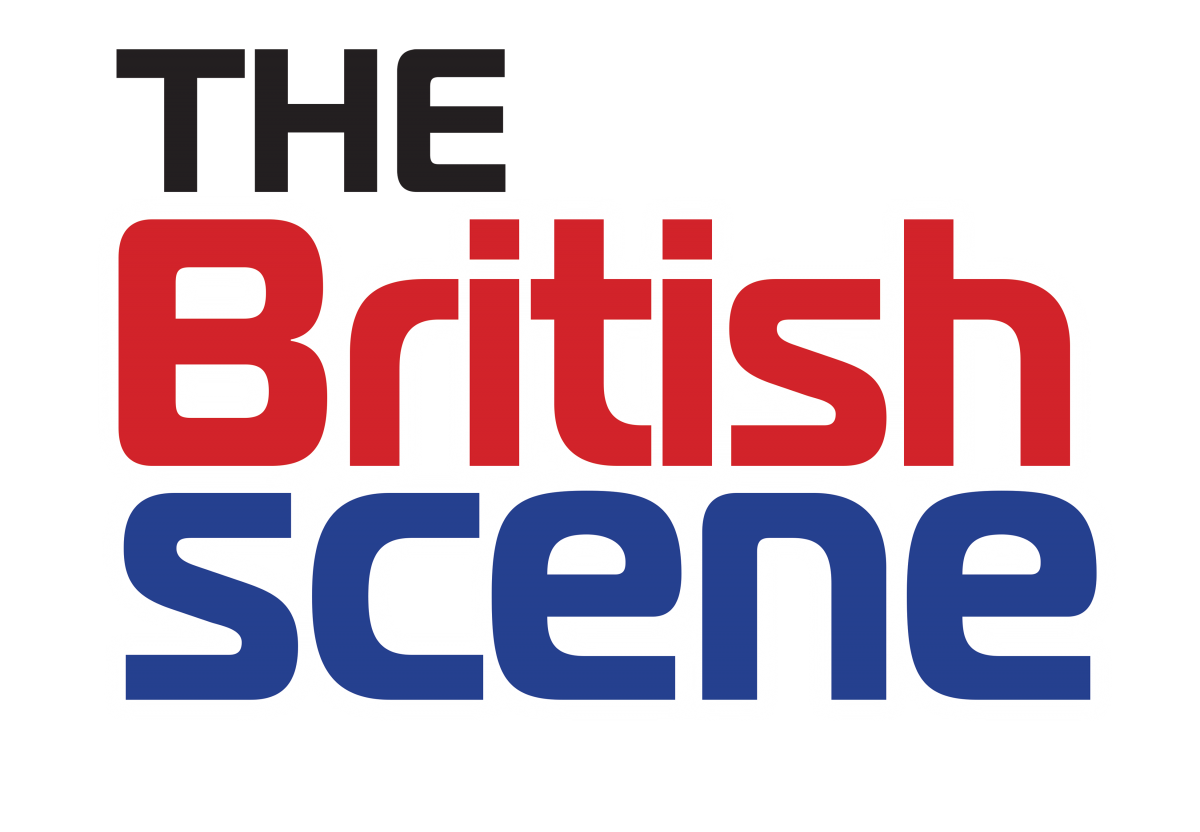 Once the dog scene restarted in the U.K., everything was out of sync. Some shows were simply cancelled, but those usually held early in the year moved to a later date. It certainly made planning quite difficult as I suppose we were all used to regular shows in the same months.

One of the first shows was the very popular Bath Canine Society (July 31-August 3, 2021). Bath is an old Roman city in the west country not far from the Cotswolds and so is situated in a very picturesque part of the country. The society-owned grounds are high above the city and are one of the best showgrounds in the country. You could bowl on them, they are that good! And so it's a very popular show with dog folk. In this part of the country cider is very popular, especially its famous “Lilley's Cider.”

Bath was also one of the first shows to be without benching tents due to Covid restrictions. Gazebos were in use, and I think they worked very well.

Over the four days, the group winners for Mark Coccoza to select from were the Dobe, Bearded Collie, Chinese Crested, Welsh Terrier (handled by Peter Green's cousin), Norwegian Elkhound, Standard Poodle and the blue roan Cocker Spaniel. His choice was the lovely black Standard Poodle Huffish Rewrite The Stars with Atastar, bred in Sweden by that great breeder Lotta Sandall, and owned by Philip Langdon. For reserve Mark chose the Scottish-owned Chinese Crested Habiba Hold My Purse, owned by Sarah Dunlop and Karen McLennan and handed by Robert Dunlop. 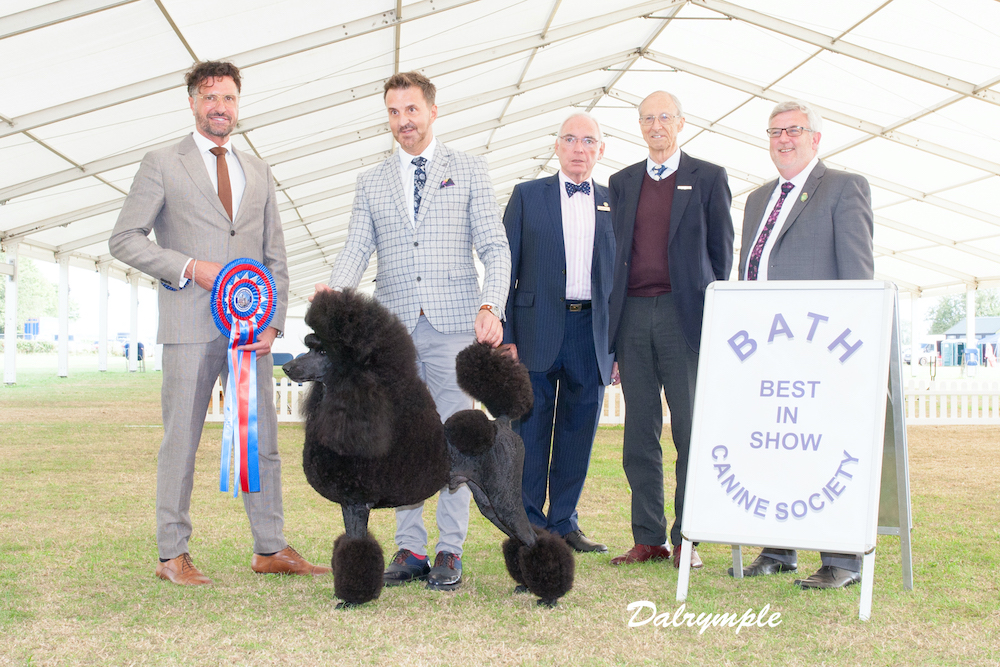 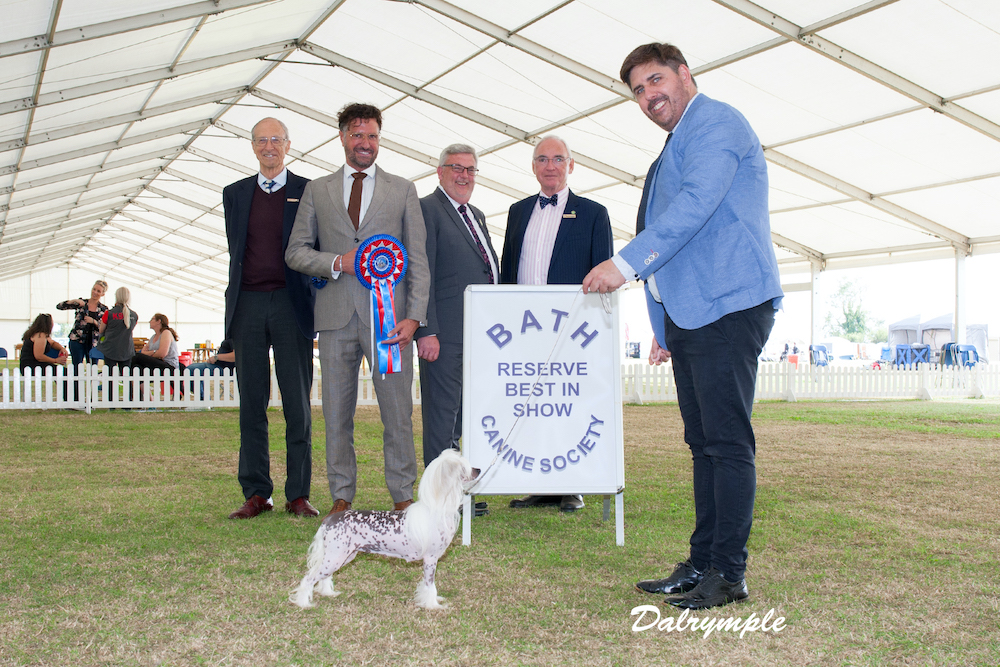 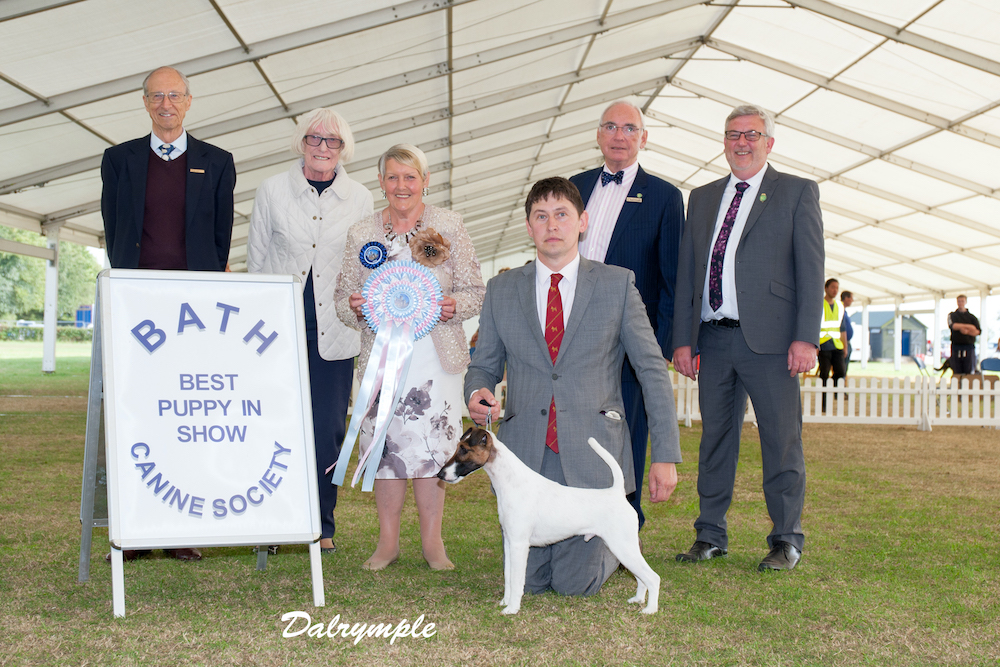 Another “holiday” show is even farther down the country than Bath, and that is Paignton in Devon (August 7-9, 2021). Devon really is a lovely part of the country, and so again many make this show part of their annual holiday. The caravan set-up is usually huge. Here the Chinese Crested from Bath went a step up and was awarded BIS, with the record-holding Tibetan Spaniel Ch. Souska I Need Your Love in Reserve. 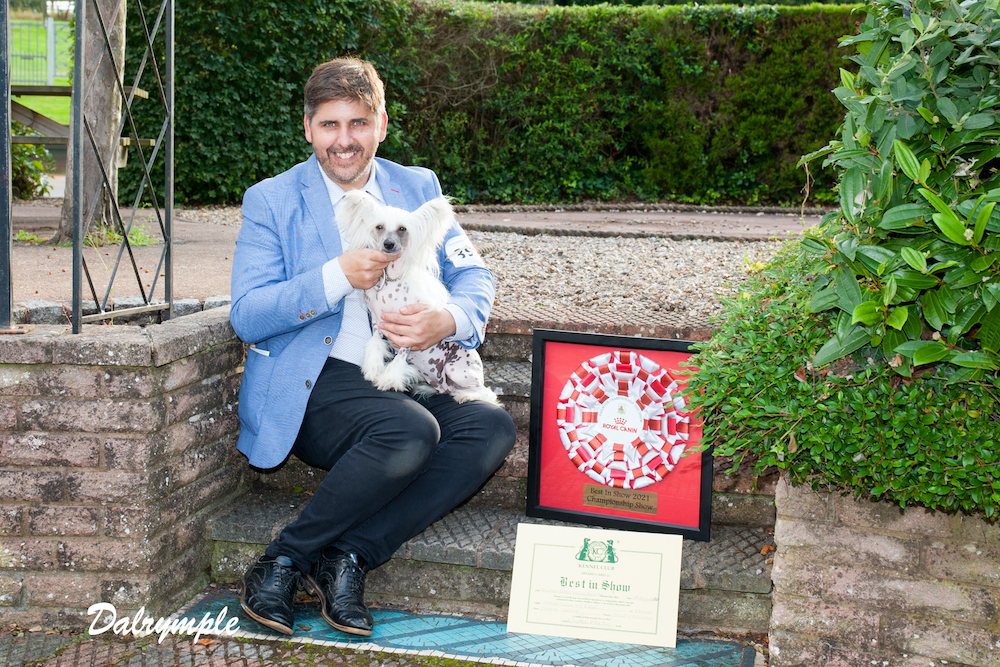 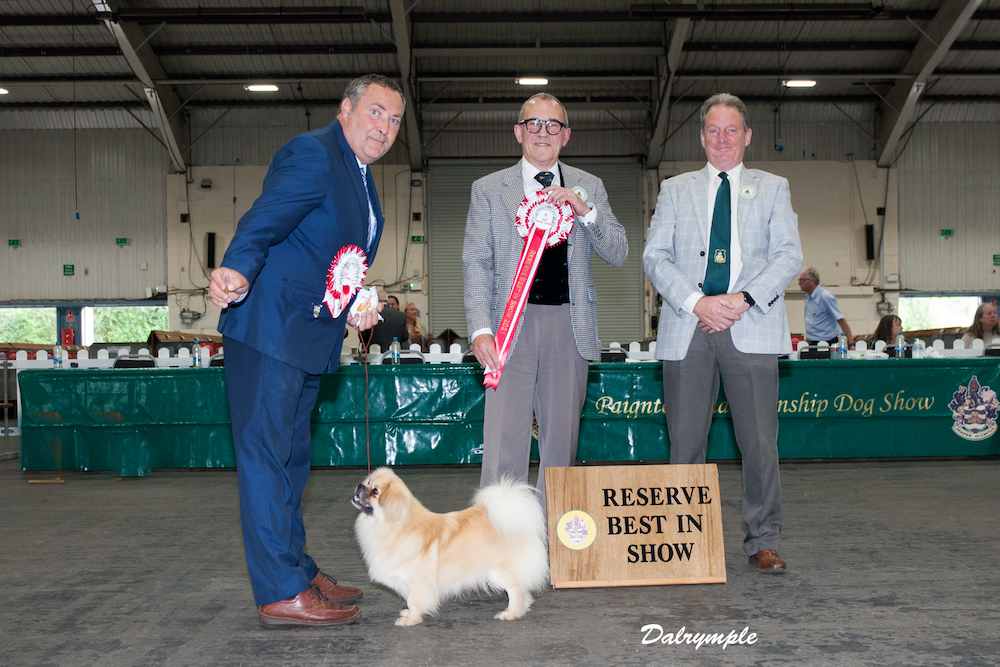 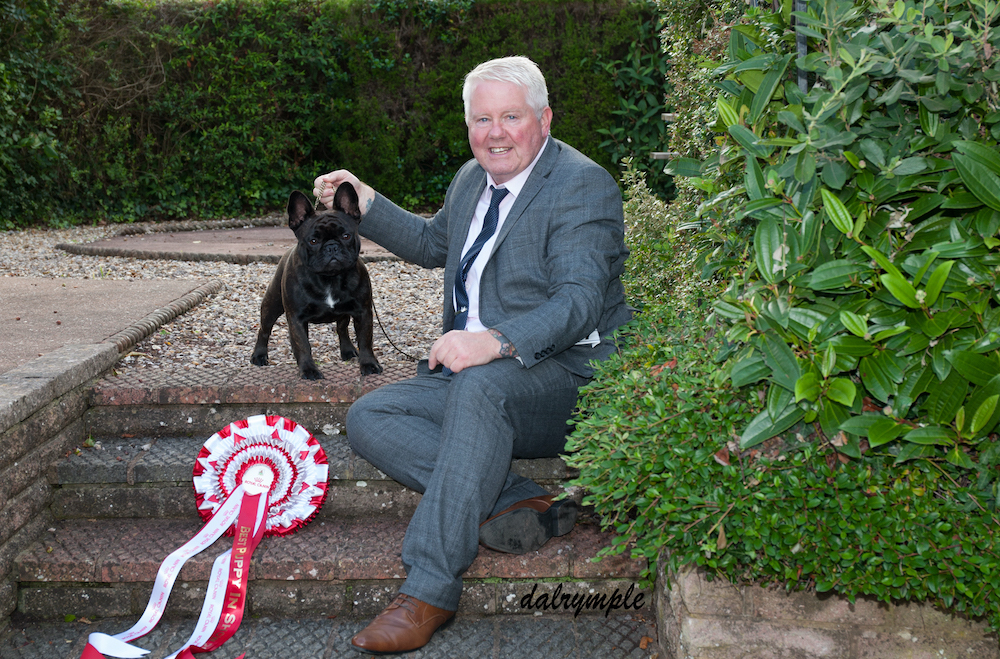 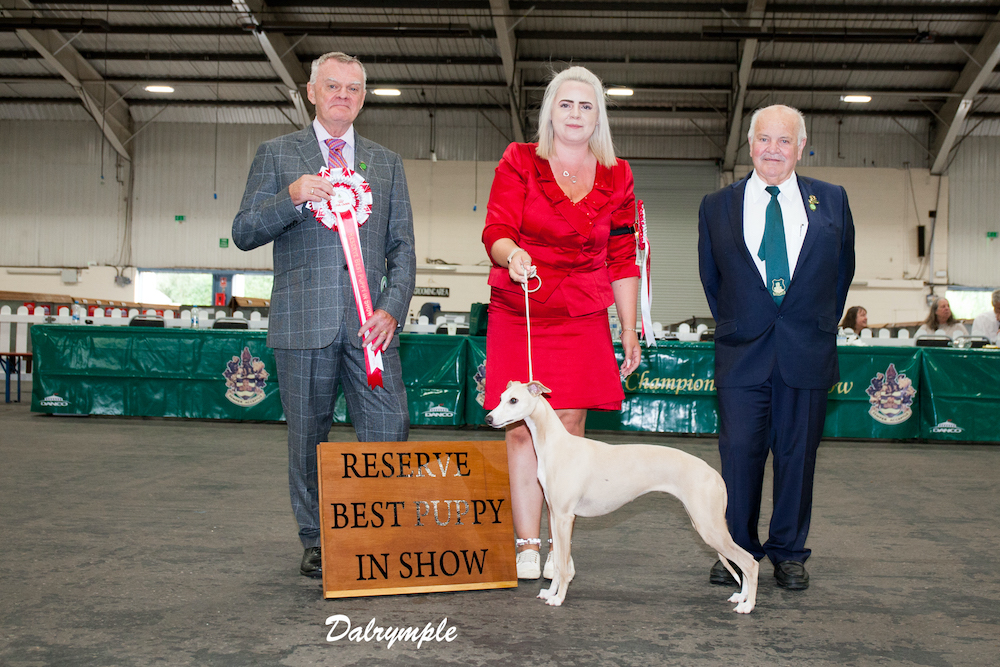 The last show now that's held in the London area is Richmond (September 10-12). At one time it was held at Olympia, which really is in the center of the city, but sadly parking and logistics have made it nearly impossible now to hold a show there. So now it’s moved south to an outdoor venue about an hour away at Loseley Park, a grand estate with a lord and lady in residence who often attend the show and are very welcoming to the society. Again, Covid regulations changed the outlook of the show, and being late in the season the weather can be very unkind. Luckily this year that was not the case, and the three days were basking in sunshine. 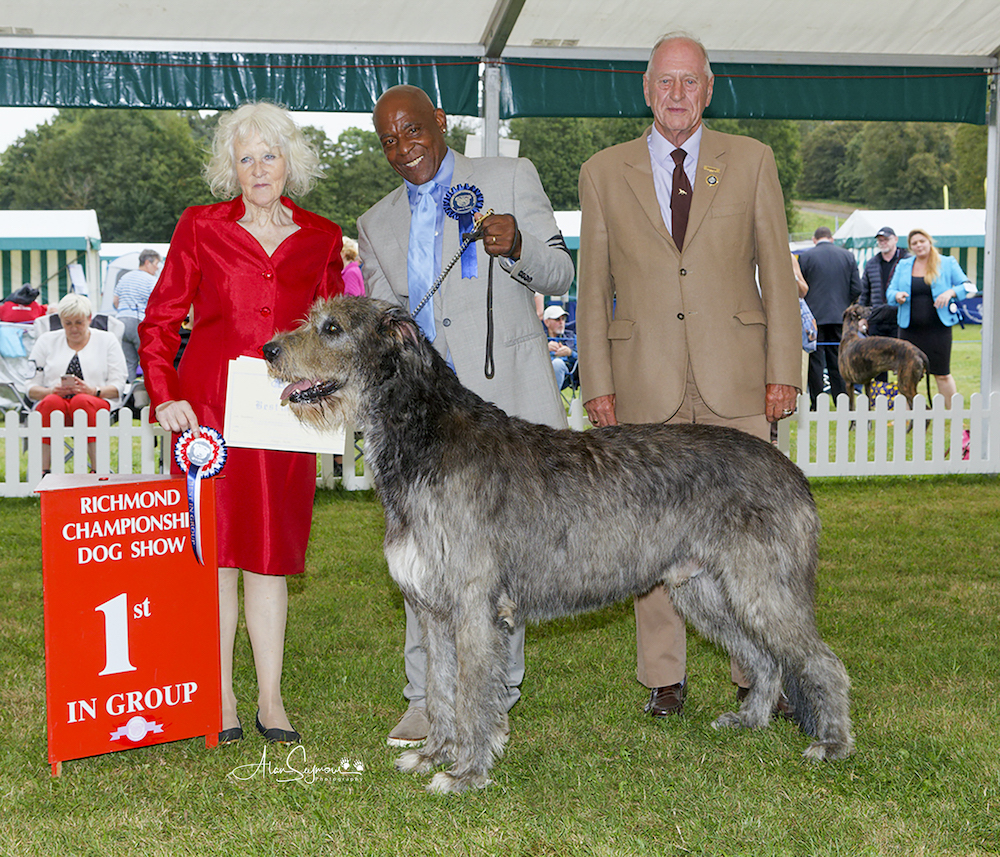 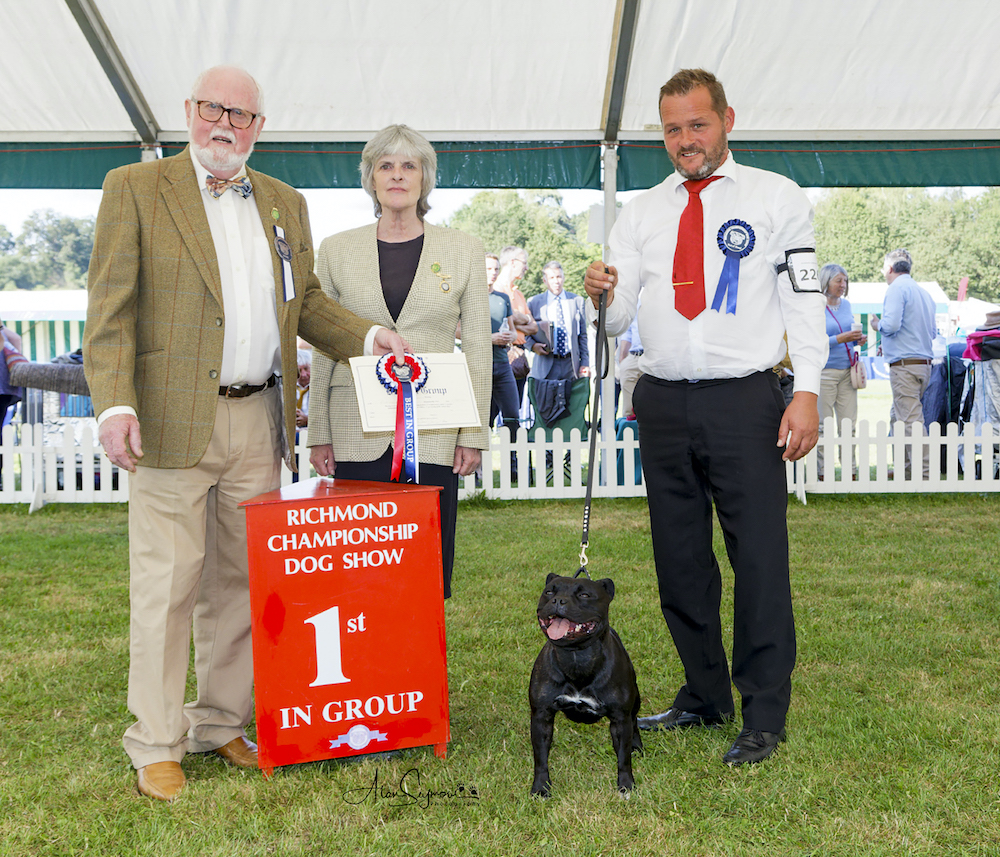 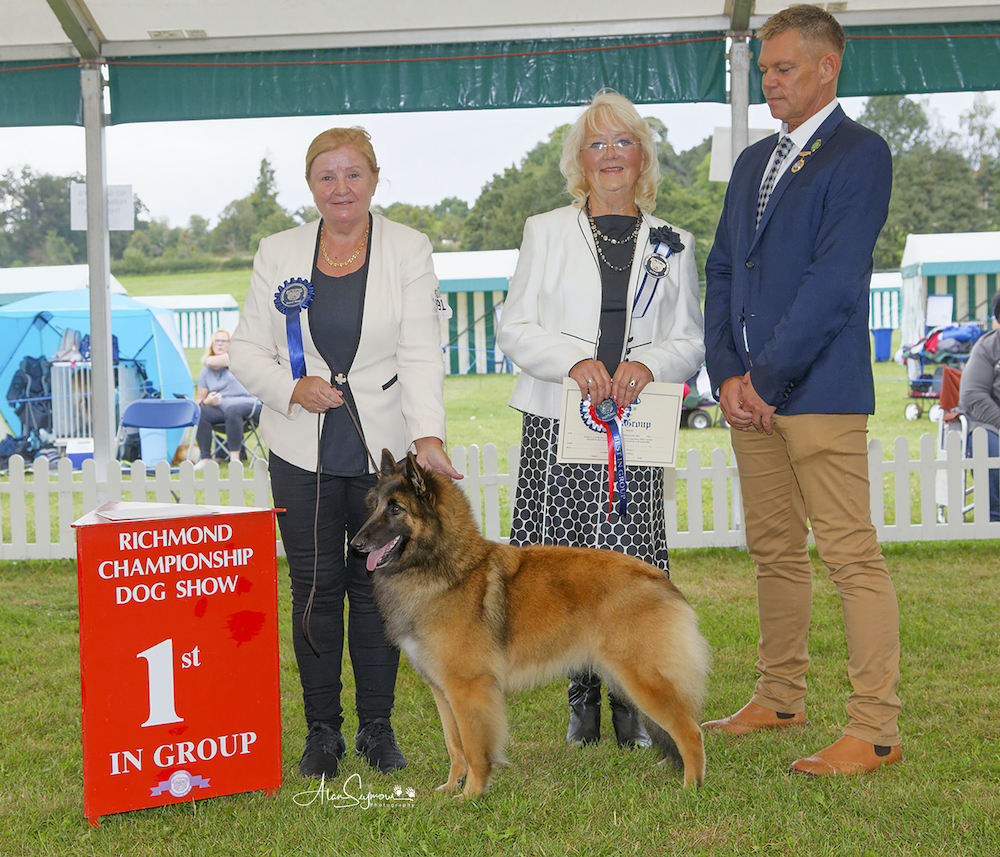 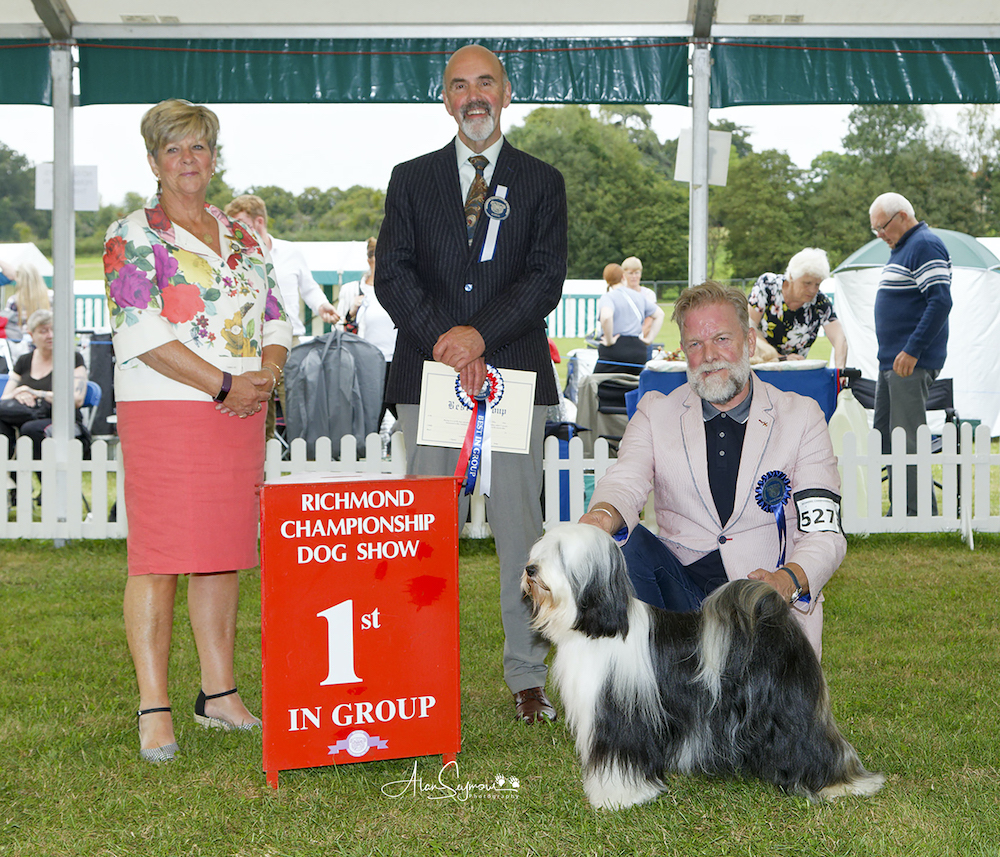 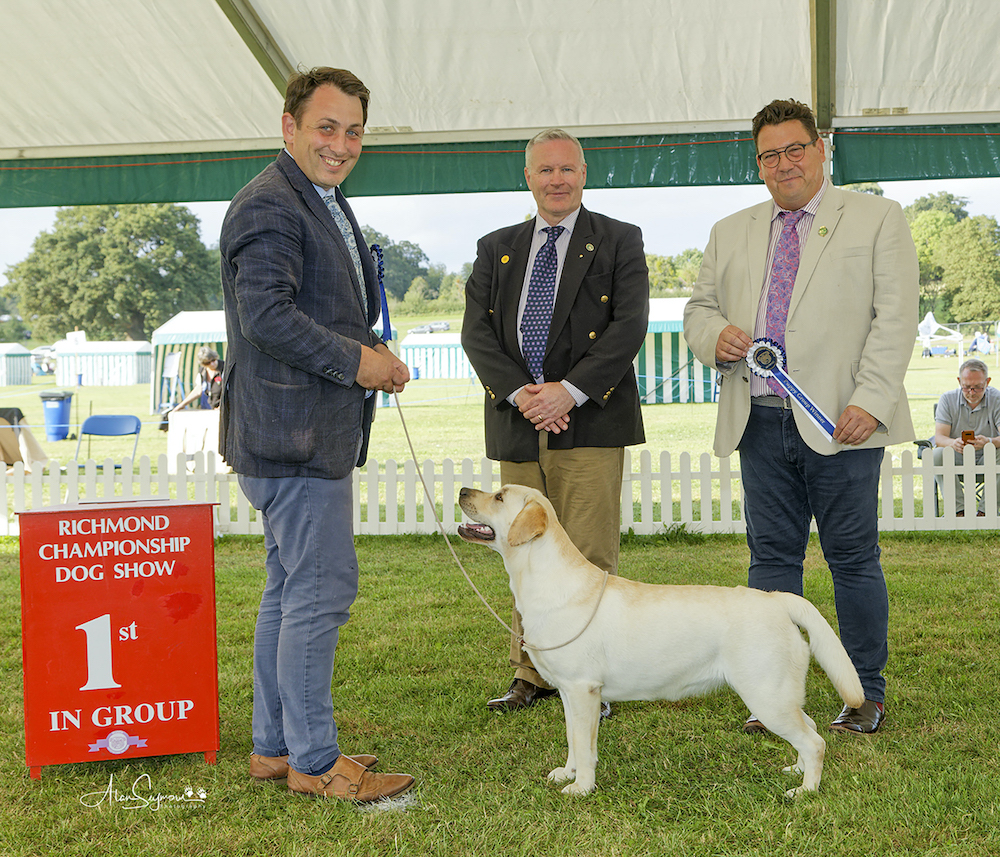 Here we had new face taking the top spot: the Bullmastiff Ch. Optimus Danny Jones, a multiple group winner. His owners Peter Myers and Deborah Morgan told us that they had imported semen from the U.S. from the sire US Ch. Dal Primo In The Making. Known as "Seven," he was a big winner in the U.S. with drive and reach and a superb topline. The breeder-owner in the U.S. is Crystal Corner. The dam is their current bitch Challenge Certificate winner with 38 CCs. 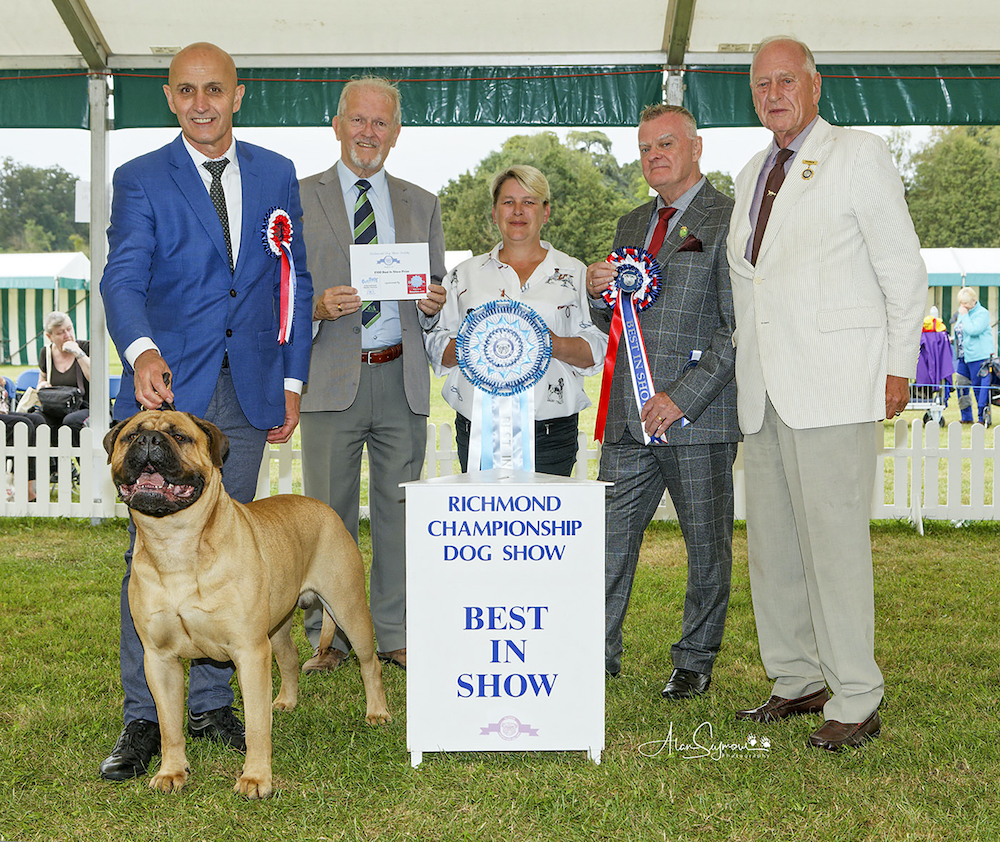 For Reserve Best in Show it was the big-winning Chinese Crested that I've mentioned several times continuing her big-winning ways. 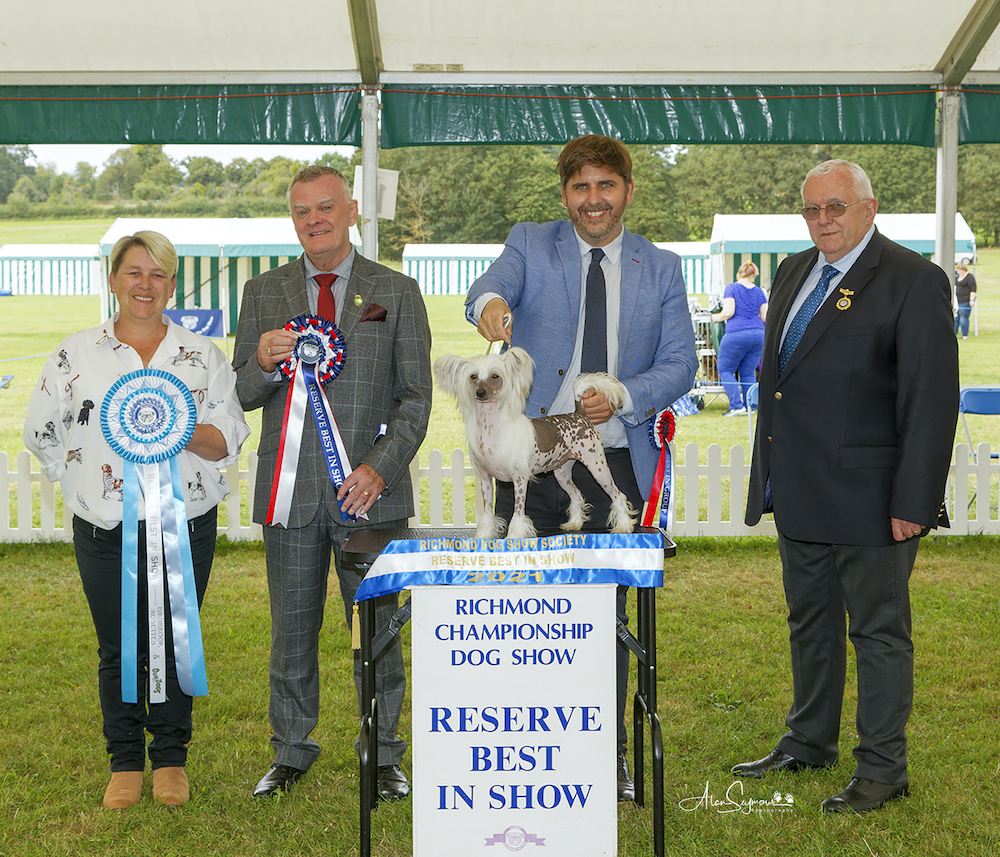 © Dog News. This article may not be reposted, reprinted, rewritten, excerpted or otherwise duplicated in any medium without the express written permission of the publisher.
Sat, 01/22/2022 - 7:24pm