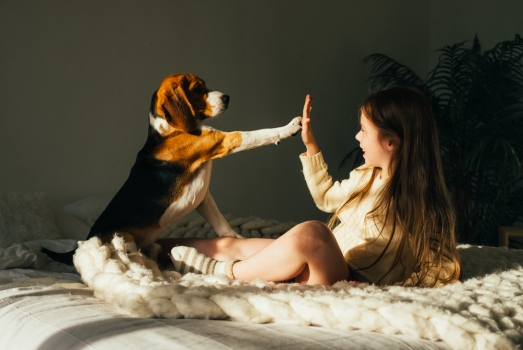 Meet the Breeds is a great way for families to meet their future breed.

The Question of the Week in the August 27 issue of Dog News addressed the operational cost of producing Meet the Breeds events across the country. We asked who should pay the expenses for the fanciers who bring their dogs and support the event. Most responses came down on the side of the American Kennel Club, then the parent clubs and then the individual.

Meet the Breeds is one of if not the best way to reach the general public and let them see, touch and feel the breeds that interest them. There they can get firsthand information from breeders who have invested and devoted so much time, energy and money into their chosen breed. Rarely do the American Kennel Club and the sport of purebred dogs get an opportunity like this to present the best side of our purebred dogs, which have been cast aside by the designer breeds and shelter dogs that occupy the national press. Their campaign against purebred dogs has quite frankly left us in the dust. With no national advertising campaign promoting purebred dogs, Meet the Breeds is the best we have.

It would behoove the American Kennel Club to organize a committee that would oversee and organize local breeders to attend these events. It is not an easy task, so it needs full-time attention. Committee members could be divided by variety groups in different sections of the country, and send press releases to local new outlets and television stations to promote the event. There is no question that the American Kennel Club should absorb some of the cost, whether it be a stipend or a daily allowance for the participants.

Certainly, with an operating budget as large as that of the American Kennel Club, monies could be found to underwrite this important event. Monies spent on superficial feel-good programs like the Puppy of Achievement could be done away with and invested in Meet the Breeds.

The American Kennel Club has a dual role, in that it takes care of its core constituency, registering dogs and keeping pedigrees, in addition to promoting purebred dogs. We within the sport don’t need the promotion; it’s the general public that is not being served. The general public needs to hear of the investments that we in the sport make and support, like the much-under-advertised and rarely heard from Canine Health Foundation. It is virtually unheard of among dog owners and the general public. The strides made in canine health thanks to research underwritten by the foundation go unheard of, even in the veterinary schools they support. These are big accomplishments that need national attention, not just attention within our sport. We need to rally totally around Meet the Breeds and get it moving across the country.

© Dog News. This article may not be reposted, reprinted, rewritten, excerpted or otherwise duplicated in any medium without the express written permission of the publisher.
Tue, 09/07/2021 - 2:45pm