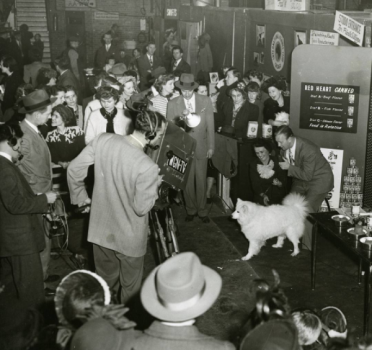 Media frenzy at the International Kennel Club of Chicago in the 1950s. The Samoyed is Ch. Dawn of the Arctic. Photo courtesy AKC Archives. 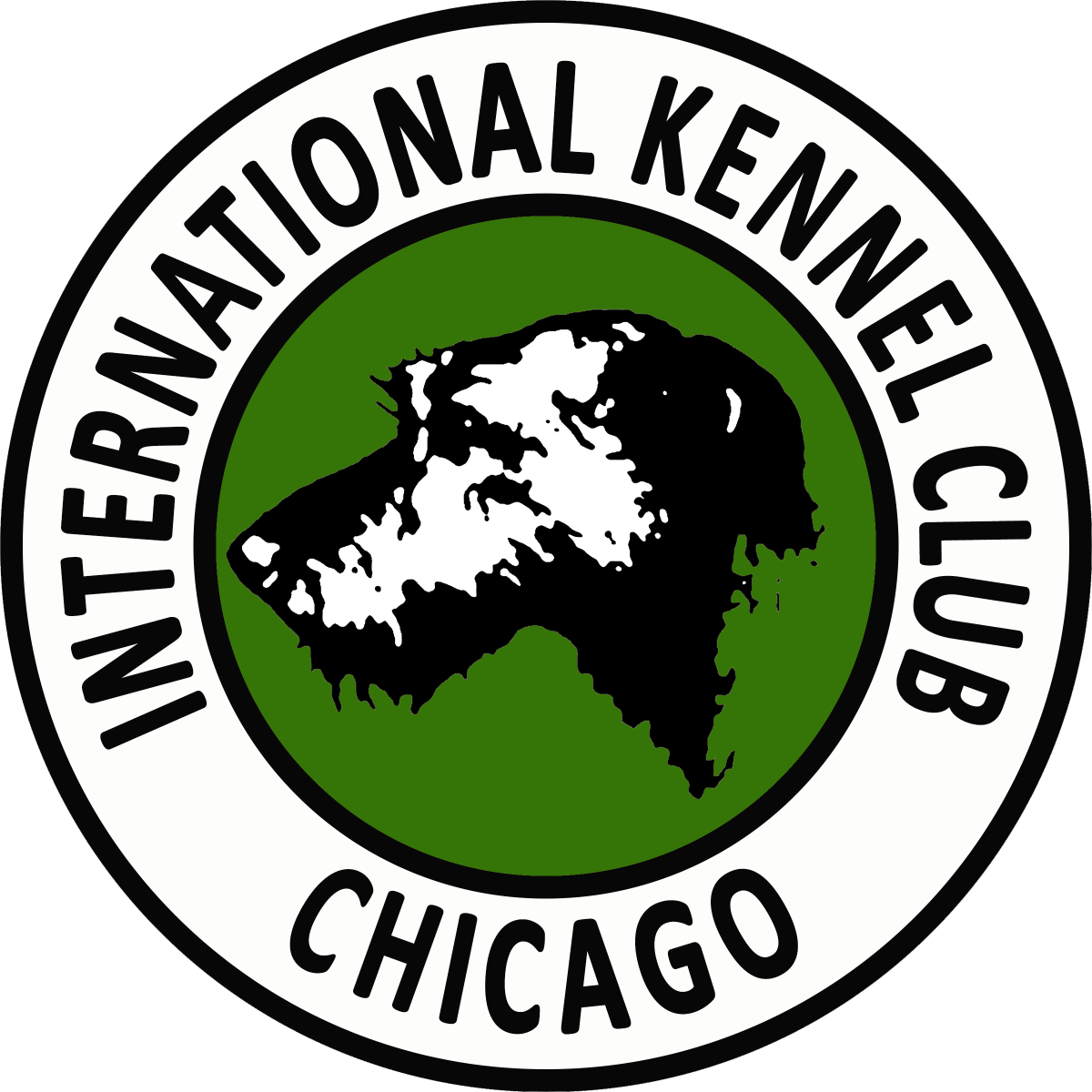 “You haven’t seen a dog show until you have seen the International,” raved a dog writer in a 1951 American Kennel Club Gazette magazine.

Today, more than a half-century later, what that scribe called “the most colorful show in America” is poised for a comeback: After a multi-year hiatus, the International Kennel Club of Chicago show will return in 2023, along with a complement of special attractions for exhibitors, judges and spectators alike.

In addition to its new ownership team, the IKC will also have a new exhibitor-friendly venue, to be announced shortly.

“I’ve lived in the Chicago area for most of my adult life, and the International was always the highlight of the year,” says Ken Murray, who along with D. Scott Pfeil and Erika N. Wyatt recently acquired ownership of the IKC. “It was never just a great local show, or just a great Midwestern show, or even just a great American show. It has the word ‘International’ in its name for a reason: It was always a show that could stand among the best in the world. And we’re excited to be bringing it back.

One of the few privately owned dog clubs in the United States, the International Kennel Club is the successor to the venerable Chicago Kennel Club, which was founded in 1900. Originally held in Chicago’s Union Stock Yards starting in the 1930s, the show later moved to McCormack Place Convention Center on the Chicago lakefront. Under the leadership of the late Louis Auslander and his wife, Seme Auslander, the IKC was considered one of the premier shows in America, drawing some 3,000 entries and 60,000 spectators at its peak. To acknowledge the Auslanders’ indelible influence, the top award at the newly revived show will be the Louis and Seme Auslander Memorial Best in Show Trophy.

“The Auslander family is pleased to pass the baton to Ken Murray, Scott Pfeil and Erika Wyatt to continue to honor the legacy built by our parents, Louis and Seme Auslander, and to restore IKC to its former glory as one of the most prestigious dog shows in the United States,” says Louis and Seme’s son Carter Auslander. 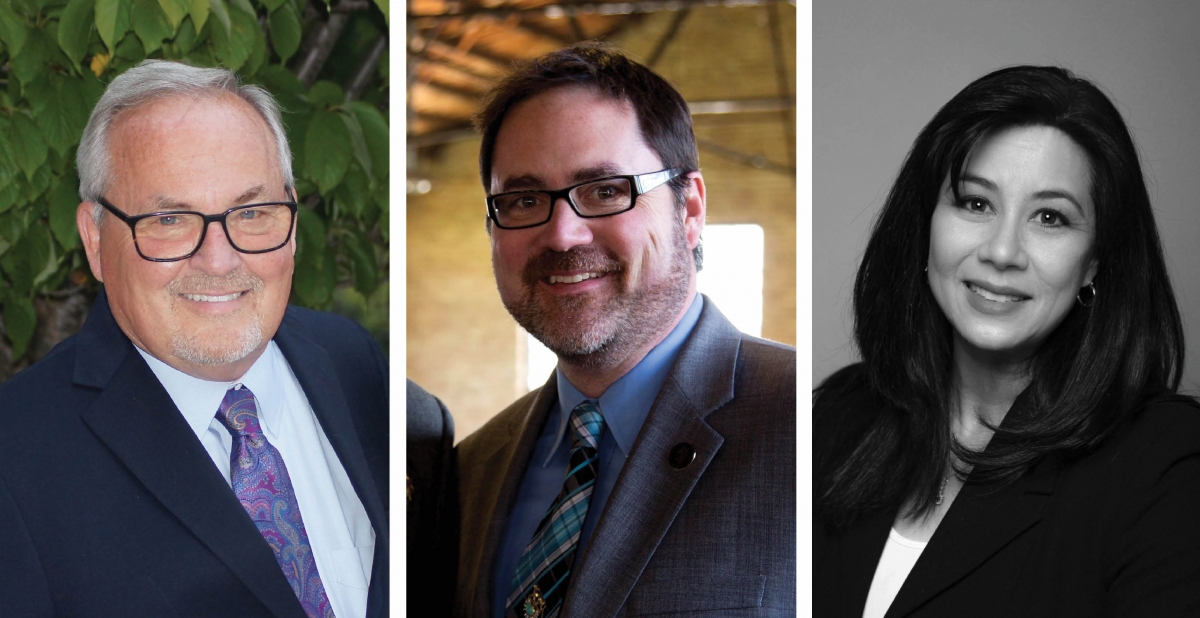 Ken J. Murray of Island Lake, Illinois, showed his first dog at age 13. As a high-profile professional handler, he piloted some of the nation’s best dogs to the very top of their game over the course of a career that spanned three decades, winning Groups and Bests in Show with breeds from every group. A respected American Kennel Club judge since 2007, Ken judges five groups, and has adjudicated at some of the nation’s most prestigious shows, including Westminster and the National Dog Show. Ken is the president of the Little Fort Kennel Club of Waukegan and the Chain O’Lakes Kennel Club, and with his wife and fellow judge Virginia Murray is the longtime owner of Dominoe pet resort.

D. Scott Pfeil of Ingleside, Illinois, is an internationally respected Sighthound authority who along with his husband James Donahue has had great success breeding and exhibiting Afghan Hounds, Salukis, Italian Greyhounds and, most recently, Greyhounds. Scott has judged at some of the world’s most high-profile shows, including the AKC National Dog Show and the Donaueschingen Sighthound Festival in Sweden, and has had the ultimate honor of adjudicating the Afghan Hound National Specialty and the upcoming 2024 Beagle national. The director of procurement for a large for-profit education company, Scott is the cluster chair for the hugely successful, Illinois-based Windy City and Cool Clusters.

Erika N. Wyatt of Saint Charles, Illinois, is the vice president, AKC delegate and judges-education chair for the American Sloughi Association. Her passion for this rare Sighthound has led her and husband Andrew Wyatt to travel throughout Morocco to obtain authentic breeding stock from traditional North African breeders. Her Ocerico kennel has produced the breed’s first AKC champion, grand champion, Reserve Best in Show winner, group winner and group placer. Erika is the treasurer of Little Fort Kennel Club, a director of the Chicagoland Hound Association, and coordinator of the highly successful seminar series at the Windy City Cluster. A competitive dressage rider, she is a partner at Schiller DuCanto & Fleck, and a Lecturer at Law at her alma mater, The University of Chicago Law School.

For more information about the International Kennel Club of Chicago:

To request to be added to the IKC newsletter and stay informed about future plans and developments: https://mailchi.mp/8a9f85522b12/ikcchicago.

For corporate sponsorship opportunities, contact Erika Wyatt at (773) 609-3647 or wyatt@ikcchicago.com.

© Dog News. This article may not be reposted, reprinted, rewritten, excerpted or otherwise duplicated in any medium without the express written permission of the publisher.
Sun, 10/24/2021 - 4:59am