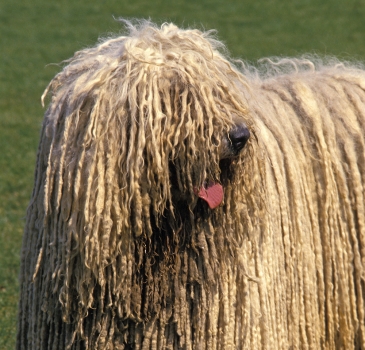 Is there such a thing as an all-breed expert?
By
Sid Marx

We all know that to win Best in Show requires that a dog be chosen by at least two judges on that day. More often than not, after a dog (notice I did not say handler or owner) wins BIS, we can expect to soon see the win advertised with the words, "Thank you to (breed or group) expert Sally Bestjudge."

In one of my recent articles, I stated that although there are a few all-breed judges, I don't believe it is possible for anyone to truly be an "expert" in all breeds -- and I believe most "all-breed" judges would agree with that. I guess the next logical question is what is a breed/group "expert"? At the risk of putting my foot in my mouth (again), I will share my thoughts here.

In the business world, a consultant or expert is humorously referred to as someone who lives far enough away that he has to fly into your city.

Wikipedia defines an expert as "a person with extensive knowledge or ability based on research, experience or occupation and in a particular area of study. Experts are called in for advice on their respective subject, but they do not always agree on the particulars of a field of study." That definition certainly sounds like a conformation judge. Any judge approved for a group or more has done extensive research on each breed within that group, which includes any combination of travel to national and regional specialties, seminars, breed discussions with successful breeders and parent-club-approved mentors, and ringside observations with approved mentors. As a matter of fact, many judges have done this for each breed for which they are approved.

There are similarities within most groups, often determined by the breeds/group function, with the Non-Sporting group being the outlier. During the normal process for advancement Jessica Breeder starts out with her first breed, has some success, and at some point she decides she would like to judge, and applies to do so. It is my belief that the only true breed expert is someone who has lived with that breed, raised some from puppies throughout their lifespan, and has shown the breed on a consistent basis -- often with some level of success. I am not saying that everyone that has bred or shown a breed is an expert. In fact, some never get past the top veneer of the breed regardless of the amount of success. It is my hope that Jessica Breeder brings her passion for her breed to her judging career.

While learning the important nuances that makes her Snifflehound a Snifflehound, it is natural that Jessica Breeder observes and gets to compare and contrast her breed with others in the same group. Since groups are basically determined by breed function, what Jessica needs to learn in order to move on is why the structure of a Ruffhound makes it work differently than her Snifflehound, and she does this for every breed within that group. Many breeds within a group can be studied by a compare/contrast method. For example, the four Setter breeds have similarities and definite differences. The same can be said for many of the Spaniel breeds, Sighthound breeds, Terriers, etc. The different ways a Herding dog works, and the different jobs performed by Working breeds determines nuances in those breeds. So if Jessica Breeder applies herself to learn additional breeds with the same passion she has for her own breed, she can eventually work her way through the AKC process to be approved as a group judge.

While Jessica is studying and judging, it is natural that she would attend more and more shows and intently watch the judging of other breeds/groups. If she has "AN EYE," she will absorb some truths about other breeds almost by osmosis -- and this is her start to studying additional breeds. With some quality experience and continual learning, eventually Jessica Breeder can be considered Jessica Judge. If Jessica truly wants to be a good judge, she will continue to be educated until she is prepared -- not just until she has accumulated enough credits to apply.

So if I believe that there aren't any all-breed experts, how do I judge Best in Show? Let's start with the fact that I have been passionately involved with our dog community since 1963, starting out just as Jessica Breeder did. I showed my own dogs with some success, and then became an assistant to a professional handler, absorbing valuable experiences working at a Pointer and Labrador kennel, which helped me to understand why a dog had to be built a certain way in order to perform the breed's function. I then became a professional handler on my own, primarily showing Sporting and Hound breeds.

Going to a show almost every weekend -- which could be done while living on the East Coast -- I continued to study my own breed(s) and those of my competition. I was approved to judge Irish, English, and Gordon Setters in 1974, and eventually was approved for the Sporting Group in 2002. Over the next 18 years, I added two more groups plus three more breeds. You might say I -- like many other judges -- paid my dues. I had the honor and privilege of showing with, against and learning from such great as the Forsyths, Bill Trainor, George Alston, Laddie Carswell, Joyce Nilsen, Marcia Foy, Anna Katherine Nicolas, Alva Rosenberg and many others who are icons in our history. 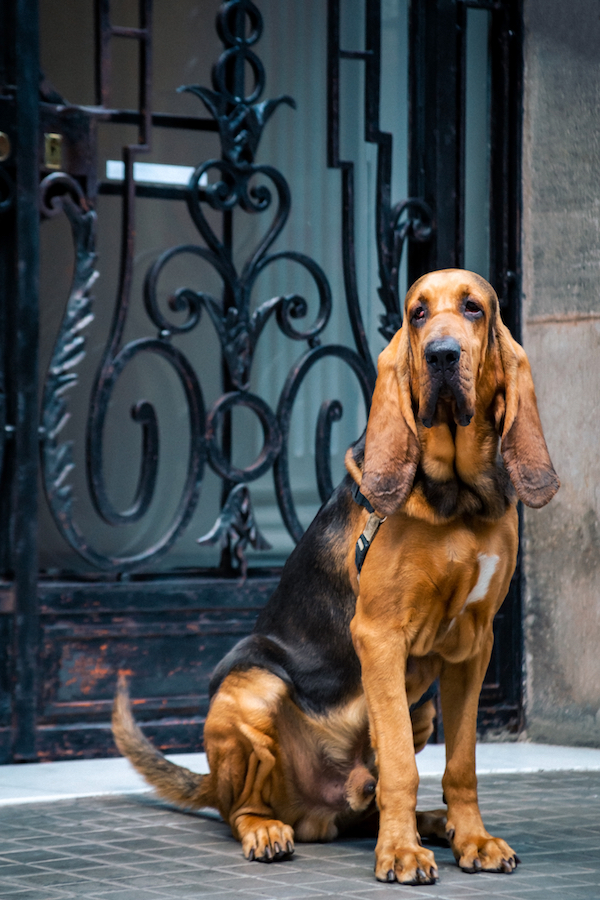 If you watch where the judges sit while the groups are being judged, you will often see the judge who is scheduled to do Best in Show paying attention to each group-winning breed. That judge often then will look up the standard of each winning breed to refresh his or her memory on its nuances.

There were comments made in two AKC webinars that struck a familiar chord with me. During the Bloodhound webinar, Susan Hamil reminded us to make our decisions based on which dog has the most virtues -- not the most faults. Anyone can fault-judge -- that is not judging dogs properly and it certainly does nothing to help breeders learn what they should set as their goals.

During the Komondor webinar Dr. Eric Liebes said, "The key to judging the Komondor is to judge the dog underneath the coat." Although the type and quality of coat is of importance to all breeds, aren't judges really trying to discern what is under that glorious coat? Don't get me wrong; I am not talking about generic judging. I am talking about understanding proper conformation for that breed to perform its function.

Finally, what about flash in the BIS ring? We have all heard dogs described as "Breed dogs" or "Group dogs," usually meaning the Group dog is bigger and flashier. Well, I have seen breeds with a lot of flash -- flying coat, wagging tails and exuberance -- ruined by these very characteristics. As far as I am concerned, a dog that properly represents his breed's conformation and temperament is more elegant than just the "yak yak" dog.

There are breeds that should appear as an "... aristocrat... gazing into the distance as if in memory of ages past" or "... Elegant in appearance, of proud carriage, reflecting great nobility and temperament," or " ... with the wear-and-tear look of the hound that can last in the chase and follow his quarry to the death."

Each is different, yet each is elegant with the correct "LOOK" for that breed. So even though I am judging Best in Show, I am still looking for the correct BREED representative.

© Dog News. This article may not be reposted, reprinted, rewritten, excerpted or otherwise duplicated in any medium without the express written permission of the publisher.
Fri, 07/17/2020 - 4:16pm