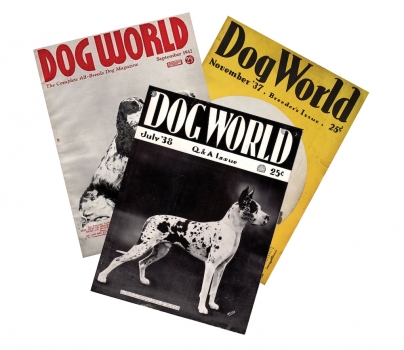 Words From the Past

... and what they can teach us in the future
By
Johnny Shoemaker 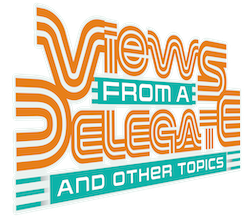 I love to go through old magazines and reflect on some of the thoughts and words of those who came before us.

In 1937, the most popular canine magazine was DOG WORLD. It was founded in 1916 by Dr. Fred Formaneck, who was born in 1862 in Wisconsin. He established a medical practice in Chicago and was also a police surgeon there. After retiring from medical practice, as he could not deal with the deaths of any of his patients, he went into patent medicine.

Dr. Formaneck edited and published DOG WORLD from 1916 until 1923, when Captain Will Judy bought the magazine. Judy was the editor and the author of many dog books, including “Training the Dog” and “Care of the Dog.” He also wrote a standard reference work, “The Dog Encyclopedia,” several frequently revised and updated works on dog showing, breeding and training, and books on various breeds, including the Chow Chow. He helped found the Dog Writers Association of America, serving as its president, and created National Dog Week in 1923. Many fanciers know of him to this day because of the Will Judy Award, the distinction given to dogs that earn at least 195 out of 200 points at three high-level obedience competitions during a single year. 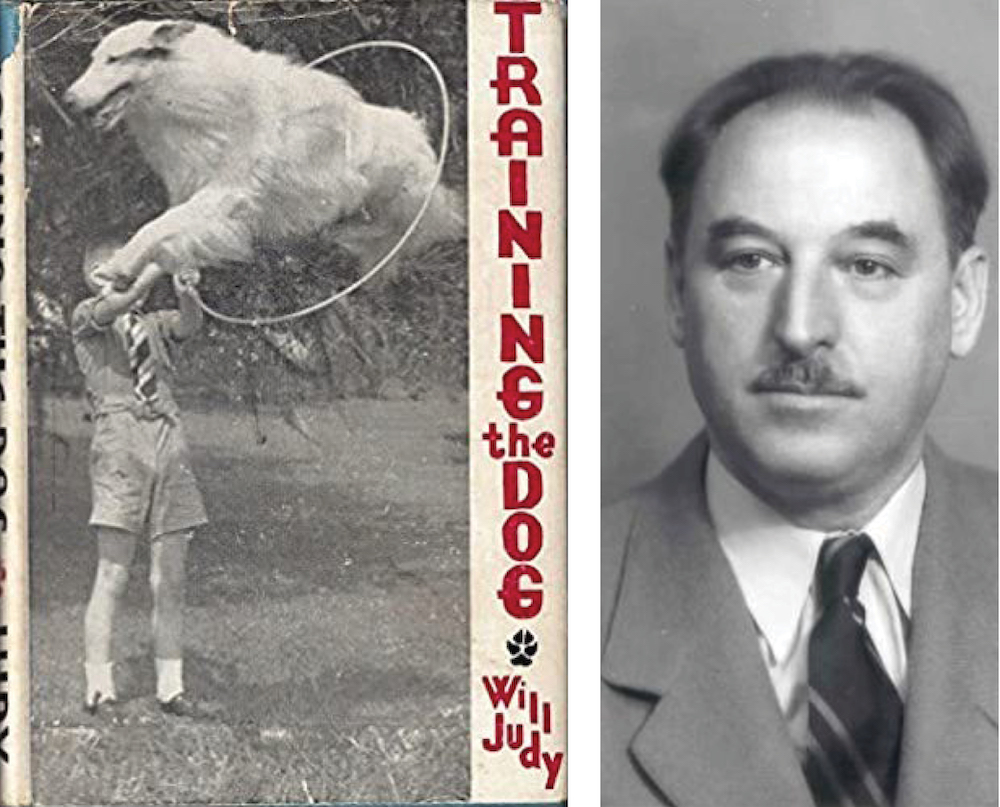 Will Judy (above right) was the publisher of Dog World and author of dog books such as "Training the Dog" (above left).

“Judy was many things to many people in his lifetime, but his role as a social reformer who used the power of the pen to make the world a better place for dogs, and their guardians in every conceivable way, may be his greatest legacy,” writes Lisa Begin-Kruysman, author of “Dog’s Best Friend: Will Judy, Founder of National Dog Week and Dog World Publisher.” Judy passed away in 1973 at the age of 82. 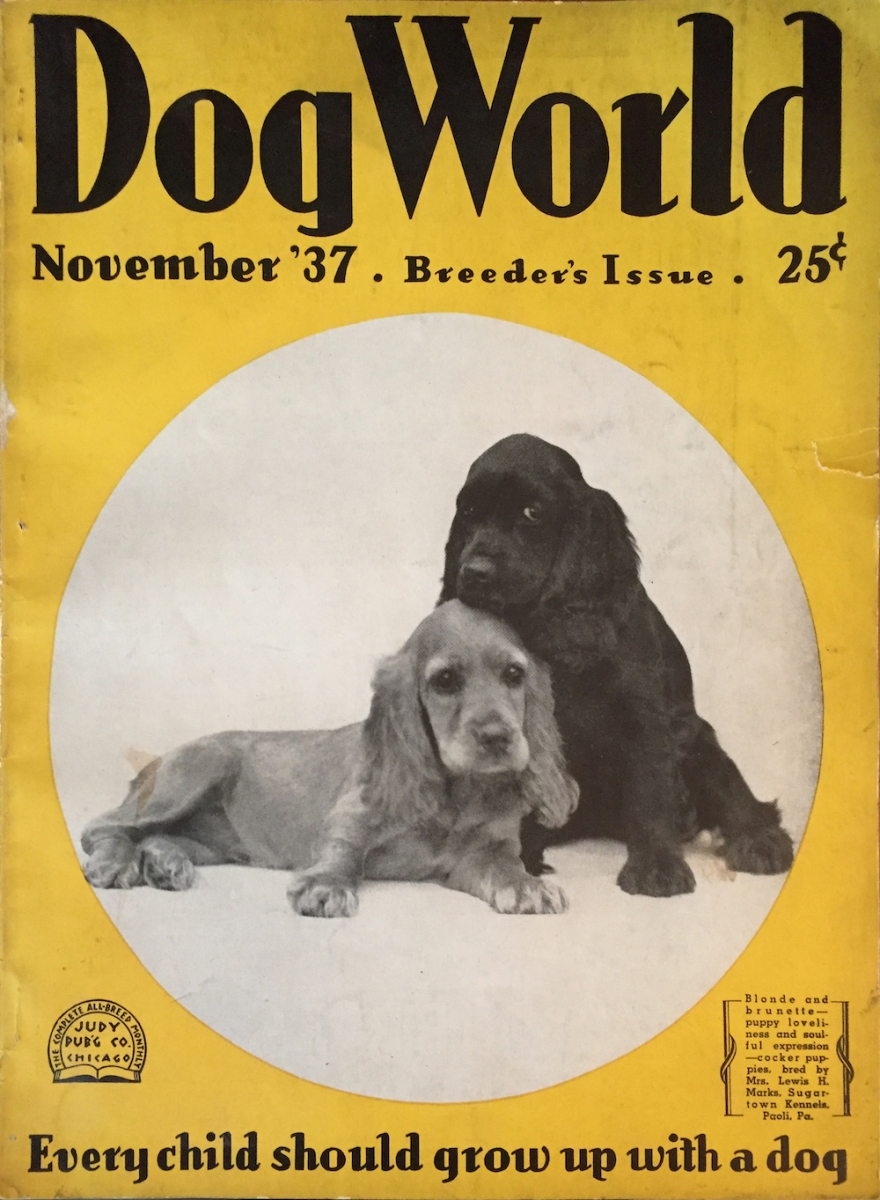 Here are some items I saw paging through the November 1937 issue:

“A music shop owned by W.H. Bruce closed its shop on September 3 to pay tribute to Frowsy, a French poodle who had guarded the store for almost 13 years.  Mr. Bruce used to take Frowsy to his music shop every morning and take him home at night. He never left his position at the store and everyone knew him. Frowsy was given a splendid funeral and about fifty people attended it.”

“Veterinarian (inquiring after dog that swallowed a quarter): ‘How is the dog today?’

“All America and much of the rest of the world will be thinking of New York City in 1939 for in that year will be held the NYC World’s Fair with the theme The World of Tomorrow. A dog show in America’s largest city conducted directly by the AKC itself in its hometown, with at least 5,000 dogs entered, would be a fitting representation of America’s progress and activity in pedigreed dogs, for presentation to millions of the public as part of the World’s Fair. The English KC holds its own dog show. The first and only held by the AKC itself was the Philadelphia Sesquicentennial in 1927.”

“Cockers and Boston Terriers lead all breeds in registrations. Then why is it that they seldom go best in show?

P.S. The bull terrier has not gone best in show since 1919 and then at Westminster.” 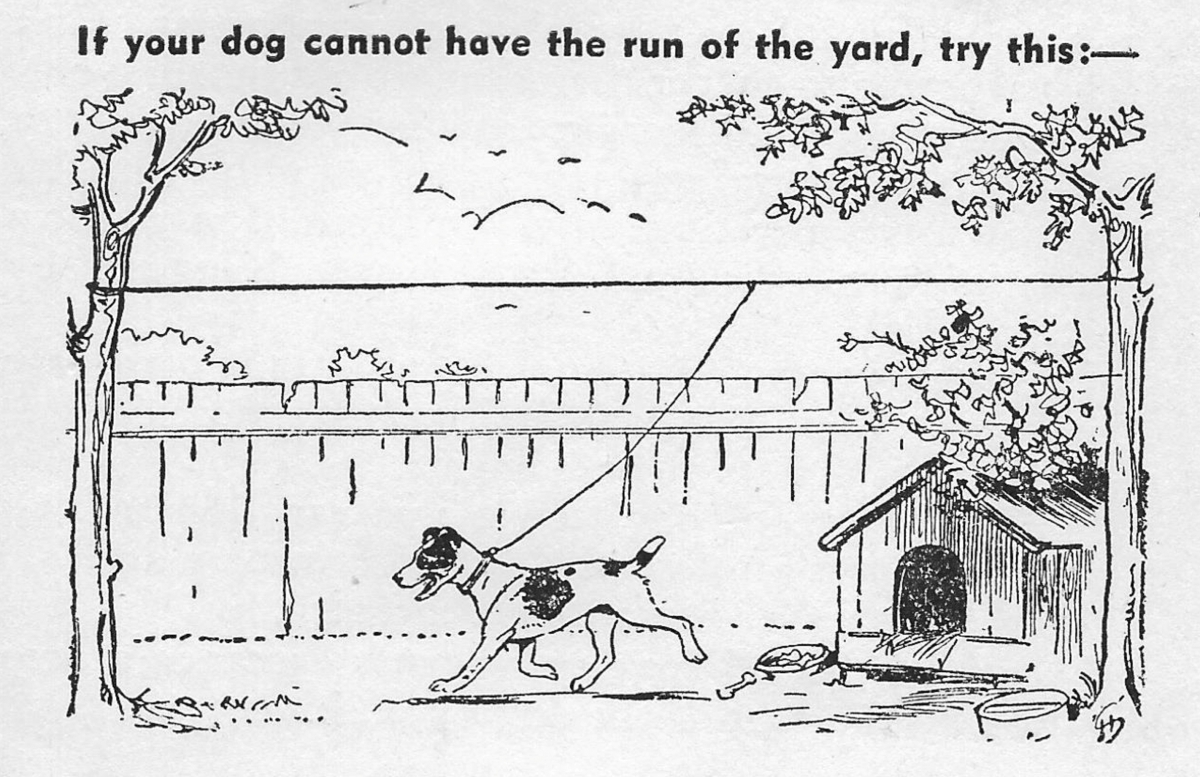 “It is worthy of comment that only one club of the three hundred show giving clubs in the U.S. has scheduled a three day show for 1938. The club is the Westminster K.C., which holds the NYC all-breed show known as the Madison Square Garden show.

As the show is held in the middle of Feb., when weather and traveling conditions may be extremely unfavorable, the duration of the show for three days becomes a matter of consideration.

Particularly is this true when it is sought to have exhibitors from a distance bring their dogs to NYC paying expenses of travel, express charges on dogs, hotel bills in NYC and all the costs of the return journey, plus what is often more important –the loss occasioned by absence from one’s work or business.

The criticism leveled against the club last year on the ground that the show hall was crowded and ill-ventilated is met somewhat by the announced decision of the club to limit entries to 3,000 dogs.

It is interesting to note that the judges announced for the 1938 event are heralded as All-American judges, somewhat in contrast to the previous policy of having a goodly number of foreign judges on the list.”

[I think the Westminster show has come a long way and is the most prestigious show in the U.S., with a well-organized group of people running it. – J.S.]

“Much of the guilt for the crimes committed by a vicious dog should be placed upon the master, for a dog is what his master makes him. A dog is not to be judged according to his master as much as the master is to be judged by the nature of his dog. Judge a man not by his wealth, his house or his auto but by this dog’s disposition. – Judy’s Training the Dog, 5th ed.”

I encourage all dog fanciers to look at books or articles from the past, not only on breeding or showing dogs, but the health, care and training of them, too. I think it will encourage you to seek help from current dog books, articles and magazines to find out what you know – and also what you don’t.

© Dog News. This article may not be reposted, reprinted, rewritten, excerpted or otherwise duplicated in any medium without the express written permission of the publisher.
Sun, 03/07/2021 - 7:59pm