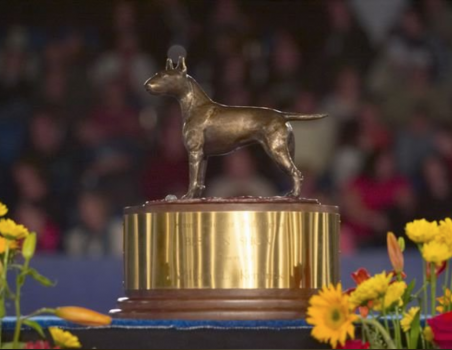 Never mind the ginormous Snoopy balloon and Santa waving from his iconic float: Thanksgiving just wouldn’t be the same without NBC’s post-parade broadcast of the Kennel Club of Philadelphia Dog Show.

Yesterday, the venerable kennel club – which has been hosting dog shows since 1876 – announced that its November show will indeed go on, albeit with a number of COVID-minded modifications.

As in previous years, the club will hold its show at the Greater Philadelphia Expo Center in Oaks, Pennsylvania, on November 14 and 15, two weeks before Thanksgiving. It will also continue to offer $20,000 in prize money.

Local authorities, including the Montgomery County Board of Commissioners and the County Health Department, approved the 2020 event with these changes:

• Instead of holding two shows, on Saturday and Sunday, respectively, the club will only one show divided over the two days. (Four groups will be held on Saturday, and three groups and Best in Show on Sunday.)

• All entries must be AKC champions.

• No spectators or vendors will be permitted.

• While Philadelphia is one of a handful of benched shows left in the United States, the 2020 event will not be benched.

• The two shows that are normally held on the days before the Philadelphia Kennel Club weekend – the Greater Philadelphia Dog Fanciers Association on Thursday and Penn Treaty Kennel Club on Friday – will not be held that weekend. (Instead, those clubs have teamed up with the Chesapeake Kennel Club of Maryland and the Wilmington Kennel Club to hold what they are calling "The Last Minute Cluster" October 21-25 in Doswell, Virginia.)

Dates for the opening of the entry process and closing date will be announced shortly by the show superintendent, MB-F (www.infodog.com).

As for the famous New York City parade that the Philadelphia Kennel Club show has become so indelibly associated with, it, too, will be held, albeit in a television-only format with no spectators. The “reimagined” event will be taped over two days in the Herald Square area, rather than along the 2.5-mile sky-scraper-lined parade route. Your favorite floats will still be on view, but balloon handlers will be replaced with specially rigged cars.

Welcome to the new normal!

© Dog News. This article may not be reposted, reprinted, rewritten, excerpted or otherwise duplicated in any medium without the express written permission of the publisher.
Fri, 09/18/2020 - 12:07am