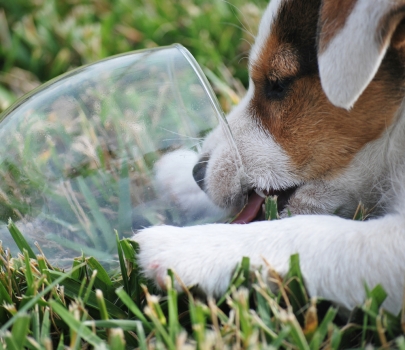 Basic human decency? I'll raise a glass to that
By
Margaret Poindexter

I heard the news about Leslie Jordan’s passing last week, and I cried.

I felt like I had a lost a family member or a close friend.

Back in 2006, while I was going through a divorce, someone advised me to make sure I found a way to laugh every single day. And so, every night, when I went to bed, I turned on the tee-vee to watch syndicated reruns of “Will and Grace” and laughed myself to sleep.

I loved all the characters, but Jordan’s Beverly Leslie was the one I most adored. His strong, sing-songy Southern accent, and use of familiar, cutting Southern expressions, reminded me of my childhood. He sounded like the people who gathered in the late afternoon on my grandparents’ front porch in East Jesus, who told stories most of them had heard many times, but which never grew old. People shared a cocktail and used witty phrases to describe other friends and neighbors, and their situations, observations that were hilarious and pointed, but never mean or cruel.

My grandparents, you see, were people committed to service, in work, in church, in their community. They had no time to be petty or small; if people needed help, if people asked for a favor, if they got wind of someone requiring assistance, my grandparents were there, with a ride, a meal, a helping hand. As often as folks felt welcome to sit and visit on their porch, they felt welcome to knock on their door and request help, without fear of being turned on or away. As much as I miss them, one of my comforts is that my grandparents are not alive to see all the division and hatred ripping society to shreds.

This past weekend, someone posted on Facebook that an immune-compromised judge was “requiring” that exhibitors wear masks in her ring at shows in Texas. The post was subsequently edited to change the word to “requesting,” but not before all manner of low-lifes with no known science, health or immunology background, and worse, no apparent home training, emerged to pontificate on all the reasons the judge could not make such a request and all the reasons her doing so was futile.

Let’s just pause for a minute and reflect on the fact that while we are three years into this COVID pandemic, that’s still not enough time for you all to have obtained your medical degree, even assuming you started school the same day that the infected monkey jumped into Nancy Pelosi’s Louis Vuitton bag in Wuhan, and she smuggled him back to San Francisco and kicked off the whole thing. So sit down and shut it with the unsupported and unsolicited medical advice and opinions.

Second, how utterly ironic and painfully tragic that on a weekend when many in the fancy were honoring the late Jamie Donelson, who by all accounts was one of the kindest, most generous, most gracious people in our sport, and urging others to “be like Jamie,” some instead chose to be like the lowest common denominator. By publicly attacking a judge — I am old enough to recall when that got you suspended by AKC — over a very simple and straightforward request, with which we have all had to comply these past few years, and still do, in doctor’s offices, hospitals, nursing homes and other settings.

Last, but certainly not least, at what is surely an inflection point in our sport, if not in our democracy and society as a whole, people are intentionally choosing to fling vitriol rather than choosing to be kind (or just, my gracious, say absolutely nothing and scroll on). Someone shared their personal and private medical history — which was not required because it’s none of your business — on social media, in support of her request, and even then, some people chose to respond with a recitation of what the pillow man or the fake doctor or some Russian-produced YouTube video has convinced them is the truth. What happened to, “Yes, Ma’am, happy to, anything else I may do, please and thank you”?

As people keep saying, after Every. Single. Weekend: “Is it any wonder people are leaving the sport?”

Back in the day, at my grandparents’, someone who acted like that would have been shamed and shunned and invited to leave the porch. In fact, I dare say, they wouldn’t be there in the first place, because my grandparents didn’t give their countenance (or the good liquor) to people who were ill behaved and rude. We shouldn’t give them any in our dog family either. At least, not if we want it to survive.

Bless all our hearts.

© Dog News. This article may not be reposted, reprinted, rewritten, excerpted or otherwise duplicated in any medium without the express written permission of the publisher.
Fri, 11/04/2022 - 2:09pm