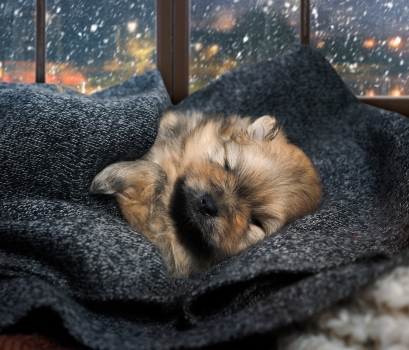 It Was a Dark and Stormy Night

An imaginary conversation at the American Kennel Club
By
Margaret Poindexter

“Guuurl, look how hard it’s snowing; I cannot believe we are stuck in this office.”

“I know, right?! But we have to get this Board presentation done by tomorrow.”

“I know, right?! Like, if they only knew… no one said you will be treated like second class because you’re not really a dog person.”

“Raleigh left early. Four inches of snow and they closed. We’re having a blizzard, and we have to be in the office.”

“I know, right?! But, like, Raleigh doesn’t do anything. The boss says we’re purely a marketing company now, and we’re Marketing. So we have to be here. Now help me finish these decks.”

“I know, right?! Not to mention, they still haven’t figured out there’s, like, no connection between what we do and actual program results.”

“Guuurl, that’s the best! I mean, the boss tells them registrations are up 17% and takes credit for it!”

“Um, hello, never mind that people are stuck at home, so puppy demand is through the roof, and breeders are the ones pumping out puppies and registering whole litters, and it, like, supposedly has something to do with us?!”

“I know, right?! And, better, we ‘reward’ the breeders by getting them to enroll all the puppies in pet insurance and get credit for that, too!”

“Guuurl, guess we non-dog people know what we’re doing after all.”

“I know, right?! But who are you calling a non-dog person? I’m a proud mixed-breed person.”

“And I’m a proud doodle person. Speaking of mixes, did you hear about the proposal to add mixes to Junior whatever they call that, you know, those kids who show the dogs and get judged on how they show?”

“Yes, I heard about it. Some play to open up conformation to, like, kids who can’t afford a purebred and try to get them hooked on showing.”

“I know, right?! But I guess if some kid doesn’t own a purebred but wants to show, they can now show their mix in Juniors. Wouldn’t it be hilarious if they, like, actually won?”

“Guuurl, can you imagine? Some kid with a doodle starts winning. And we create this whole storyline around it.  Kid with a rescue — wait, adopted from a shelter on its last day — doodle, wins!”

“I know, right?! And the kid had to have the doodle because, as we all know, they are totally hypoallergenic.”

“Guuurl, and it’s an emotional-support dog, too! ESPN would eat it up!”

“I know, right?! And all the doodle people would, like, go crazy and start flocking to events and wanting to participate. And the boss would say, well, hey, we can leverage this enthusiasm into millions of additional registrations, not to mention event fees, if we actually allow them into conformation.”

“Guuurl, he would totally say ‘leverage.’ And, don’t forget, ‘They would help support our legislative agenda.’”

“I know, right?! And they would broker some deal with the Doodle Club of America to bring all their registrations over. I mean, three generation-pedigree, DNA — cha-ching — and, like a foreign dog, boom, they’re all registered.”

“Guuurl, and the Doodle Club of America would become a parent club, with the biggest membership of any parent club. And I could be their delegate — and chairman of the Parent Club Committee! And then I would pick up the phone and say, ‘Why are you making these poor people work in a snowstorm?!’”

© Dog News. This article may not be reposted, reprinted, rewritten, excerpted or otherwise duplicated in any medium without the express written permission of the publisher.
Thu, 02/18/2021 - 6:21am