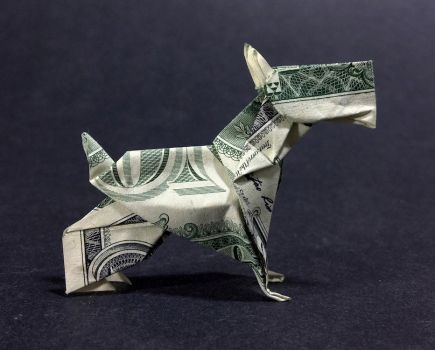 Extraordinary and unprecedented layoffs at the American Kennel Club

On Sunday afternoon, about three hours after I posted on Facebook for the third time in as many days about the extraordinary and unprecedented layoff at AKC that took place on Thursday afternoon, the Chairman and Vice Chairman of the AKC finally released a statement. In it, they attempted to describe the process and justification for arriving at and implementing the decision to “temporarily reduce staff,” a move that impacted over one-third of AKC’s employees (approximately 115 people) across most departments. The letter makes clear that it was a decision about which the Board was informed after the fact.

But even though the Board wasn’t consulted, and had no opportunity to question the decision in advance, the Chairman asks that we “trust one another’s judgment” and “allow our leadership to do what is necessary.”

So the “leadership” didn’t trust the Board to be involved in this monumental move affecting the lives of over one-third of the organization’s employees, many of whom have given their entire careers to the AKC, but we’re supposed to trust “leadership"?

In the words of the Church Lady: “Isn’t that special?”

The letter noted that in “mid-March as it became clear that lock-downs and social distancing requirements would necessitate the cancellation of every AKC event in the foreseeable future, AKC President Dennis Sprung and the executive management of AKC were faced with the same awful decisions that many of us are facing in our personal and professional lives.”

That’s an interesting statement because of what it fails to say. Despite the fact that virtually every sports league and organization wiped out their entire events calendars starting back in February, we have yet to hear AKC President Dennis Sprung announce that AKC was cancelling or suspending events. AKC’s failure to act appears to be in reliance on its trite and convenient fallback, that, under its regulatory scheme, clubs “control” their own events, inasmuch as clubs make their own contractual arrangements with event sites, with judges, with vendors, with superintendents. Entry fees come to the clubs, not AKC — with the exception of that portion that must be paid to AKC. However, AKC sets the rules which, among other things, apply to how events should be held; it reviews applications for compliance with the rules; it issues approval for the holding of such events (or withholds that approval for a whole host of reasons). Under that scheme, why can’t AKC direct clubs to cancel or suspend events? And perhaps more to the point, why hasn’t it stepped up to do so?

And so the Chairman’s letter would have us believe that the “leadership,” who will not even be dragged into following the lead of every sports regulatory body in the world, has sufficient vision and judgment to take the “necessary” steps to ensure the organization’s and the sport’s future?

How, by sacrificing the futures of its employees?

The Chairman says that “management examined all aspects of the business and all of the options available to it,” to address these “escalating” problems. He then cites the lack of availability of relief from the CARES Act, and the fact that the AKC’s operating reserve has taken a hit from the recent stock market declines. First of all, the CARES Act was not even signed into law until March 27, less than a week before the layoff was announced to employees. So examining that as an option available to management could have hardly factored into the decision to execute a layoff of this magnitude. Second, the recent market declines have essentially wiped away the tremendous gains everyone realized from the robust 2019 market; in AKC’s case that was reportedly $15M, but the AKC still has a healthy reserve fund.

Again, that statement is more interesting because of what it fails to say. It doesn’t address what other, much more obvious options were considered and why they were dismissed. What about elimination or delays in scheduled bonuses and salary increases that typically come in April, the elimination of all travel, a reduction in Board and Delegate expenses (the Board expense alone is almost a half a million dollars), limitations on hours, service levels and certain operations? What about a short term loan or line of credit (the AKC just retired a $23M LOC for the office and museum build)?

And most obviously, what about pay cuts, especially to executive compensation? In 2018 (the most recent year available), the AKC’s Form 990 tax return reflected compensation to its highest-paid individuals totaled over $5.2 million dollars. For sixteen individuals. That included their bonus compensation which totaled over $950,000. The President’s total compensation alone in 2018 was almost a million dollars, or $985,877. A 20% compensation cut to those 16 highest earners would save $1,040,000. Meanwhile, extending six months’ worth of individual and spouse health insurance premiums (costing $1450/month) for 115 laid off employees would cost $1,000,500.

If the President followed the lead of CEOs of other organizations, and took a deeper cut, that would return additional savings. The CEO of Marriott Arne Sorenson announced he will take no salary in 2020 and his executive team was taking a cut of 50%. Virtually all of the major airlines’ CEOs have announced significant cuts to or complete deferral of their pay. And FedEx founder and CEO Fred Smith announced this week that he’s taking a 91% reduction in salary, amounting to his receiving approximately $1.00 per pay period until at least September.

Not only could pay cuts net significant savings, they would send a message from the leadership that all of the employees in the organization are valued, and reassure them that everyone is joining together to get through this crisis. Instead, the Chairman wants us to be reassured that, when all this is over, dismissed employees will be able to get right back to work because they’ve still got their laptops!

You should disabuse your mind of the notion that the employees’ retention of their laptops is indicative of the temporary nature of this layoff and a sign that they will all be brought back in short order. As of Friday, they were all locked out of their laptops, and couldn’t even complete tasks that they were in the process of doing for the benefit of AKC’s clubs, judges, and constituents when they were suddenly let go, much less complete necessary forms or obtain needed information for their personal benefit. The fact that they are “retaining” their laptops is more a function of their being remotely located and under shelter in place orders and locked out of their buildings, than it represents AKC’s goodwill toward them.

The Chair stated that the Board called for a “Special Meeting” to take place on April 6. Please understand that the characterization of the meeting as “special” is a term of art in the AKC’s bylaws (Article VII, Section 5), which permits the Board members to meet via telephone conference or “similar communications technology.” It gives them the ability to meet, and vote, remotely, nothing more. Please don’t interpret “special” to mean that the Board reacted and responded to pleas from the delegate body or the fancy to respond to the crisis, much less to give desperate employees relief.

As of the time of writing this, there were no announcements coming out of the Board Meeting, and it appears there will be no short or long term assistance given to the laid-off employees.

There’s nothing special about that.

© Dog News. This article may not be reposted, redistributed or otherwise duplicated in any medium without the express written permission of the publisher.
Tue, 04/07/2020 - 6:22pm