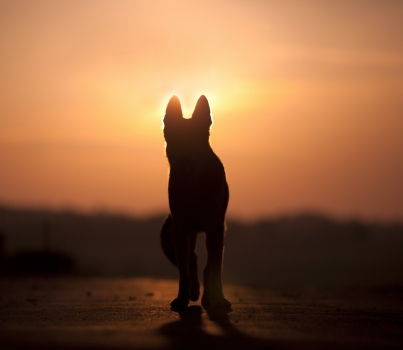 It doesn’t really matter where you’re going, as long as you know who you are.
By
Margaret Poindexter

NBC has a new drama in its fall lineup that follows a three-prong story line of a young man faced with a choice on the day of his college graduation. Depending on which choice he makes, we see his life play out following three parallel but distinctly different paths.

It’s an intriguing premise to me because I tend to get caught up in the “what-if” game. What if I had chosen that college instead? What if I had taken that job or declined that other one? What if I had kicked that guy to the curb?

The interesting thing about the show is that despite which choice the main character makes, he is still, at his core, a good and decent guy, and conducts himself, whether as a nurse or a cop or a rock star, with the same sense of self, the same priorities and the same core values.

It’s a great reminder that it doesn’t really matter where you’re going, as long as you know who you are.

I think a lot about the pivotal choices that AKC has made. It’s faced many of those proverbial forks in the road over the years. Whether to relocate to and build an events venue in Raleigh. (It didn’t.) Whether to enter into an agreement with Petland for point-of-sale registration of puppies. (It didn’t after the delegates rioted, but did so quietly a couple of years later.) Whether to permit mixed-breed dogs to compete in events. (It did, asserting it would create a whole new group to provide support for its legislative agenda. It didn’t.)

Those choices have arguably changed the trajectory of the organization, taking it on a distinctly different path. And there have been others, equally as significant.

But the thing that has remained the same, and that which should have driven Every. Single. One. Of those decisions by AKC’s leadership was the mission statement. And yet…

When I heard the sad news this week that Bob Slay had passed away, I couldn’t help but wonder again about AKC’s choices. I didn’t know him well, and I regret that, but everyone who did says the same thing about him: He was humble, kind, decent, and lived a life of service and commitment to our sport and to purebred dogs.

My life’s trajectory changed dramatically because of Bob Slay. He served from 1997 to 2004 as AKC’s Vice President, overseeing its Compliance Division, including Inspections and Investigations, DNA and Case Management. He assembled a team of consummate professionals in that department, which was charged with “upholding the integrity of the registry.” After Bob retired, Tom Sharp took his place, and when Tom left to go to then-AKC CAR, I was hired to take his place. The staff that I inherited knew their responsibilities well, they executed them efficiently and effectively, and they approached their jobs with passion. They reflected Bob’s management philosophy and work ethic, which he expressed in a March 2020 interview with Joan Harrigan in the Canine Chronicle: “You must be very careful who you hire and promote. Then, you need to give the people the support and latitude that they need to do the job and do it well — without trying to micromanage everybody.”

When Bob was at AKC, some disparagingly referred to him as “Robo-cop” because of his role as an enforcer of the rules. I doubt what was intended as an insult by a certain group affected him much; in fact, I suspect he wore that badge proudly. To have a registry, a sport and an organization with meaning and substance, much less one that endures, you have to have values and integrity. And you often have to make hard decisions, but when you make them fairly and transparently and objectively, you have people’s respect.

When I wrote in Dog News in April 2020 about AKC’s decision to lay off more than 100 people and strip them of health benefits in the early days of the COVID-19 pandemic, I heard from Bob. We were not Facebook friends, nor correspondents. We had exchanged pleasantries over the years when we ran into each other at shows or events. So it was a surprise to receive a private message from him.

He told me that he thought my column in support of staff and criticizing AKC management’s decision to lay people off was “great,” and that he shared my “disappointment” with our former employer. Knowing what I know about Bob, his feelings about that piece and his taking the time to reach out to me should not have been a surprise. He spoke out of concern for many of the folks he hired, out of dismay at an organizational choice that reflected callous disregard for its staff, and out of fear for AKC’s future.

Any of us who care about that future should look long and hard at the choices AKC is making, and more importantly, the character, values and priorities of those whom we entrust to make those choices.

© Dog News. This article may not be reposted, reprinted, rewritten, excerpted or otherwise duplicated in any medium without the express written permission of the publisher.
Sat, 10/30/2021 - 9:45pm