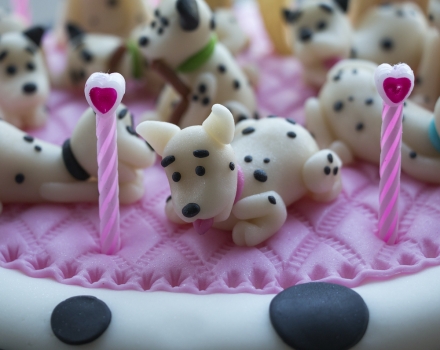 The most dreaded words of my childhood were, “We have dessert at home.”

They were uttered by my father, at the end of a meal in a restaurant (itself a rare occasion), when I would long for Shoney’s hot fudge cake or strawberry pie. Unless it was my birthday, for which Shoney’s gave you a free hot fudge sundae, the response was always, “We have dessert at home.”

Never mind that usually meant we had apples, fruit cocktail or maybe, possibly, rarely, popsicles. In other words, nothing that actually constituted dessert. Not to mention, by the time we got home, if I asked for one of those things, I was told it was too late to eat, and I needed to get ready for bed.

For me, the dream of one day being an adult meant one thing: opting for dessert away from home.

Imagine my chagrin, when upon becoming an adult, “We have dessert at home” was replaced by “You can’t have your cake and eat it too.”

Why can’t I both have my cake and eat it?

Don’t you have to have your cake in order to eat it?

If you have to pick one, what good does that do? I mean, what’s the point in having cake if you can’t eat it, and how are you gonna eat cake if you don’t have it?

Needless to say, after having waited patiently to reach dessert-away-from-home age, I was not going to be thwarted by some idiom that was intended to deprive me of it.

Don’t tell me I can’t have it both ways.

Don’t tell me I have to choose.

We don’t have to choose.

We can have an organization that works to preserve and protect our beloved purpose-bred dogs and also makes money.

We can have an organization that promotes our heritage breeds and our traditional sports and also attracts newcomers to the fold.

We can have an organization that invests in supporting and building stronger clubs and also has the resources to invest in the future.

If you’re attending Westminster or watching the coverage on television, look at the surroundings. Take in the splendor of the setting: Lyndhurst, a National Trust Historic Site. Note how fitting it is that this grand property, built in 1838, once home to wealthy dog fanciers, now hosts the most prestigious event in our sport.

For iconic Westminster to choose historic Lyndhurst for its show, and for iconic Lyndhurst to temporarily close in order to offer up its grounds for historic Westminster, is the merging of two institutions into one glorious event.

It’s like a Tina Yuhl-made buttercream delight that never runs out.

Lyndhurst is owned by the National Trust for Historic Preservation, a 501c3 privately funded organization. On its website, www.savingplaces.org – I’m just going to stop right there and say, imagine an organization’s website that has as its domain name the essence of what it does – the National Trust says it “led a movement” – again, gonna stop and say, imagine an organization that describes what it does as a “movement” – to save our country’s historic places. It goes on to elaborate about its mission: “to save America’s historic sites; tell the full American story; build stronger communities; and invest in preservation’s future.”

To be fair, AKC is not a charity and does not receive contributions as its primary source of revenue. But in comparison, in that same year, AKC reported almost equal total revenue of $79M, while paying $4M, or 4.2% of expenses, in executive compensation, of which $873K was paid to its CEO. AKC reported a loss of $17.7M in net income in 2019.

Proof that, under certain circumstances, you can manage to neither have cake nor to eat it.

That’s even sadder than dessert at home.

© Dog News. This article may not be reposted, reprinted, rewritten, excerpted or otherwise duplicated in any medium without the express written permission of the publisher.
Sun, 06/13/2021 - 12:46am