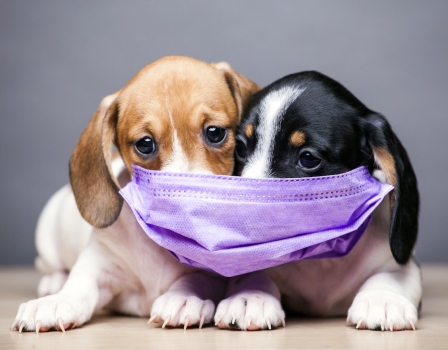 When Did We Stop Caring About One Another?

From mask deniers to corporate callousness, a lamentation over our lack of compassion
By
Margaret Poindexter

As the number of COVID-19 cases, hospitalizations and deaths rapidly climb throughout the country, including my own small county in coastal North Carolina, public-health officials continue to plead with us that simply wearing masks, washing our hands and observing social distancing will slow the rampant spread.

And yet, people refuse, screaming at retail workers, at protests and political rallies, on social media, that they will not have their “rights” infringed upon.

What about the knowledge that relatively simple, non-invasive actions on your part will serve to protect your family, your friends, your neighbors, not to mention people you don’t even know? Not to mention YOU?

A recent study done by the State University of Londrina in Brazil found that people with “antisocial” traits – namely, low levels of empathy and high levels of callousness – were less likely to wear a mask and take other precautions like social distancing in order to help prevent the spread of the virus.

It’s interesting to me that people who can’t be bothered to wear a mask, or invoke some distorted notion of personal freedom when going out in their community to the grocery or hardware store, will don a mask when directed to do so in order to do something they really want to do – like attend a dog show. What is it about the possibility of being deprived of one’s ability to show dogs that motivates folks to comply with mask-wearing mandates?

Maybe we should have bench show committees and potential suspension of privileges at all our local Walmarts. Or award points toward a mask-wearing championship.

Maybe we just treat members of our local communities with the same concern and caring that we have traditionally treated members of our dog-show family.

In his 2019 book, “Alienated America,” Timothy P. Carney describes a social isolation and unraveling of community in this country, precipitated by a decline of organizations and institutions that formerly helped promote and connect us through our shared values.  Those are organizations like churches and charities, but also those that are deemed “social welfare organizations,” in which we join with others of like mind, to further the “common good” and advocate for the “general welfare” of the community, and advance our shared beliefs.

Setting aside the question of whether and how it actually achieves those stated goals, does its responsibility for “social welfare” stop there? Or is the AKC obligated to help ensure the general welfare of its own community, not to mention the broader community beyond Park Avenue?

Is an organization truly engaged in promoting the common good when roughly one-third of its workforce is sent home in April under the auspices of a “temporary layoff” that is “expected to last until at least August 2020,” and then most are left to languish in suspense with no further official corporate contact?

Is an organization truly committed to the general welfare of the community when employees with 20-plus years of service to the organization are left to wonder about their status until they are contacted via voice mail to be informed their position has been eliminated?

Is an organization truly dedicated to advancing common values when, in the midst of a pandemic and an economic crisis, it realizes a net profit more than adequate to retain the employees it jettisoned, but instead, drops a large percentage of them from the rolls?

© Dog News. This article may not be reposted, reprinted, rewritten, excerpted or otherwise duplicated in any medium without the express written permission of the publisher.
Mon, 11/16/2020 - 9:07pm