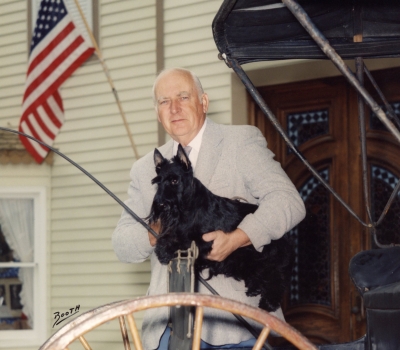 Time flies; so passes the glory of this world.
By
Mark Threlfall 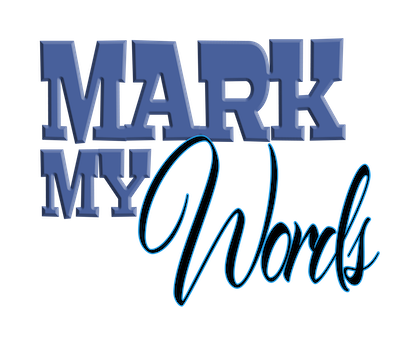 George Ward was a better person to have as a friend than as an enemy. I suppose that’s true of many people, but George’s opinion as an elder member in the ranks of dog handlers carried considerable weight. George had a lot of friends, a lot of opinions and he wasn’t afraid to share his opinions with his friends.

As a handler, I had only one run-in with George. The subject matter isn’t important, but in the aftermath of our exchange, a couple of mutual friends stepped in on my behalf to calm the waters. Later on, they cautioned me against getting into any future arguments with George.

My friends seemed to have done a good job. George and I became, if not best of friends, at least friendly. The fact that we had a number of mutual friends certainly helped. I also had a couple of clients for whom George had a lot of respect. But it came that if we were both at the same show, one of us would make our way over to the other one early on and catch up on things. When we both had time we’d often get into discussions about the sport, dogs, the AKC, certain judges or people or whatever other subjects came to mind.

I remember one such instance that occurred about 15-plus years ago at shows in Fort Wayne, Indiana. I had stopped by George’s crates, and after the usual greeting we started discussing the sport as we customarily would. In the course of that discussion, George made a statement that has stuck with me to this day. He paused, looked me right in the eye and said, “We’ve seen the best days of this sport. The way things are going now, you won’t recognize this sport in twenty years.”

I have heard this sentiment echoed by a good number of good dog people who are old enough to remember “the good old days.” These people are not notorious naysayers. They are people who have spent years in this sport and are dismayed with the transitions they have witnessed over the years. They sometimes lay the responsibility for the changes we’ve seen in the sport at the feet of the changing demographic of the exhibitors, but more often they assign responsibility to the American Kennel Club.

George flat out blamed the AKC. George was a dog person, through and through. He loved dogs. He put a great deal of work into the care and conditioning of the dogs in his charge. He enjoyed them. If he was at his crates it seemed there were always dogs on tables and dogs in the exercise pens. George didn’t take shortcuts in his trimming; everything was done by hand. He was the first person at the dog show in the morning and usually among the last to leave. He believed dog shows were about one thing: the dogs. He blamed the AKC for turning the sport into a caricature of what it had once been.

First and foremost, George thought there were too many dog shows. Registration numbers had fallen off and showed no signs of recovery. AKC’s response? More dog shows! He knew that more dog shows combined with dropping entries resulted in lesser-quality dogs finishing championships as well as winning Groups and Best in Shows. He was disgusted with the overall quality of new judges. He said there were fewer and fewer places judges could see worthwhile entries with a capable judge officiating.

Was George wrong? As with most things dog related, George was mostly right. He tended to see things in black and white, with no shades of gray. He had strong opinions and wasn’t afraid to share them. He loved dogs and the sport he had made his life’s work. But he didn’t like what was happening to either.

So here we are, almost 20 years out from that day in Fort Wayne. We have seen a lot of changes to our sport, our dogs, our exhibitors and to the AKC. As we face the future, do we let go of the past? Or should we try to return to the “glory days” of yesterday? We do have people today who are still active in the sport who would welcome a return to the way things were just 20 short years ago. In 20 years in the future we will have very few people who will have experienced our glory days and who might have a real interest in returning to the way things were when the sport saw its largest growth.

Can it be that our glory days are gone for good?

© Dog News. This article may not be reposted, reprinted, rewritten, excerpted or otherwise duplicated in any medium without the express written permission of the publisher.
Fri, 03/06/2020 - 6:19pm