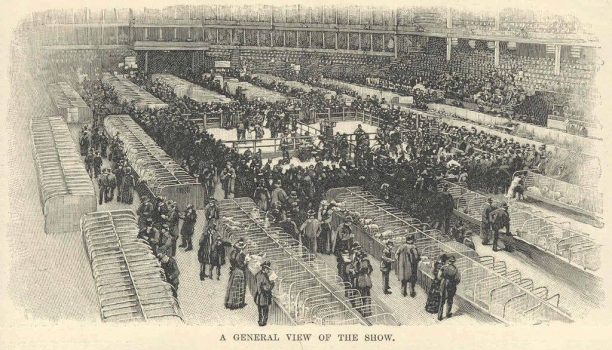 Westminster: A Look Back

Since 1877, this New York City shows brings out people and dogs looking their best
By
Mark Threlfall

The annual Westminster Kennel Club is upon us. This yearly competition brings out show dogs looking their best as well as exhibitors dressed in finery that many times has been purchased just for the occasion. If you look around you’ll see clothes that have been chosen to accent the dog(s) the exhibitor will be showing or a choice that befits the occasion.

It seems that Westminster has always brought out people and dogs looking their best. In the singular book “The Dog Show, 125 Years of Westminster,” written by the venerable William F. Stifel, the following excerpt from the magazine Forest & Stream, June 7, 1877 appeared:

“To the liberal patronage of the ladies was due in no small measure the success of the show financially, for where the ladies go for amusement there all the world will go; and bench shows promise to be a more fashionable resort than the opera.” It seems Westminster has always been a trendsetter.

The original site for the WKC event was where the New York Life Building now stands. The structure that stood there at the time was a railroad station and it was leased by none other than P. T. Barnum. Barnum tore down most of the existing building and created an open-air arena with a high wall around the perimeter. The property was diagonally adjacent to Madison Square Park. Where have we heard that name before?

Barnum sold the lease on the property within a year to Patrick Gilmore, a bandmaster, known for having written “When Johnny Comes Marching Home Again.” Gilmore decorated the interior of the arena with shrubs and flowers and changed its name from “Barnum’s Monster Classical and Geological Hippodrome” to “Gilmore’s Hippodrome.”

The “First Annual New York Bench Show of Dogs, Given Under the Auspices of the Westminster Kennel Club” was held on May 8-10, 1877. By all measures, it was a resounding success. On the opening day, the streets were blocked with carriages as people clamored to buy tickets. On each of the two subsequent days, paid admission reached 20,000. This success, far beyond the expectations of the club, convinced them to extend the show an extra day.

The entry form of the day was in many ways different from those used today. It asked tor the class the dog would be entered in, the name of the dog, its color, age, sire and dam, and its price. Many times, one of the reasons for entering a dog at the show was to sell the animal. If an owner was not interested in selling the dog, an exorbitant price was listed, such as $500 or $1,000, basically signifying that the dog was not for sale. One great difference in entry qualifications of the day was that there seemed to be no age limits, either young or old. Many entered females were nursing pups at the show.

The arena was, in 1880, renamed Madison Square Garden. In April of that year, six days before the opening of the show, an unfortunate collapse of new construction outside the main entrance to the building killed four people, one of whom was William M. Tileston, the show manager.

The next year, Madison Square Garden and Westminster could not reach an agreement on rent for the facility. Westminster chose to leave the Garden and moved to the former Empire City Skating Rink, located at the intersection of 63rd Street and Third Avenue. There were those who thought the move from the Garden would affect the gate, but the crowds were such that moving through the aisles was very difficult.

In 1884, Westminster chose for the first (and only) time to hold two shows; one in May for all breeds and a second show in October for “Non-Sporting” dogs. The term “Non-Sporting” held a somewhat different meaning than it does today. At this show, the group included such breeds as Poodles, Bulldogs, St. Bernards, Sheepdogs, Bull Terriers, Mastiffs and Mexican Hairless. 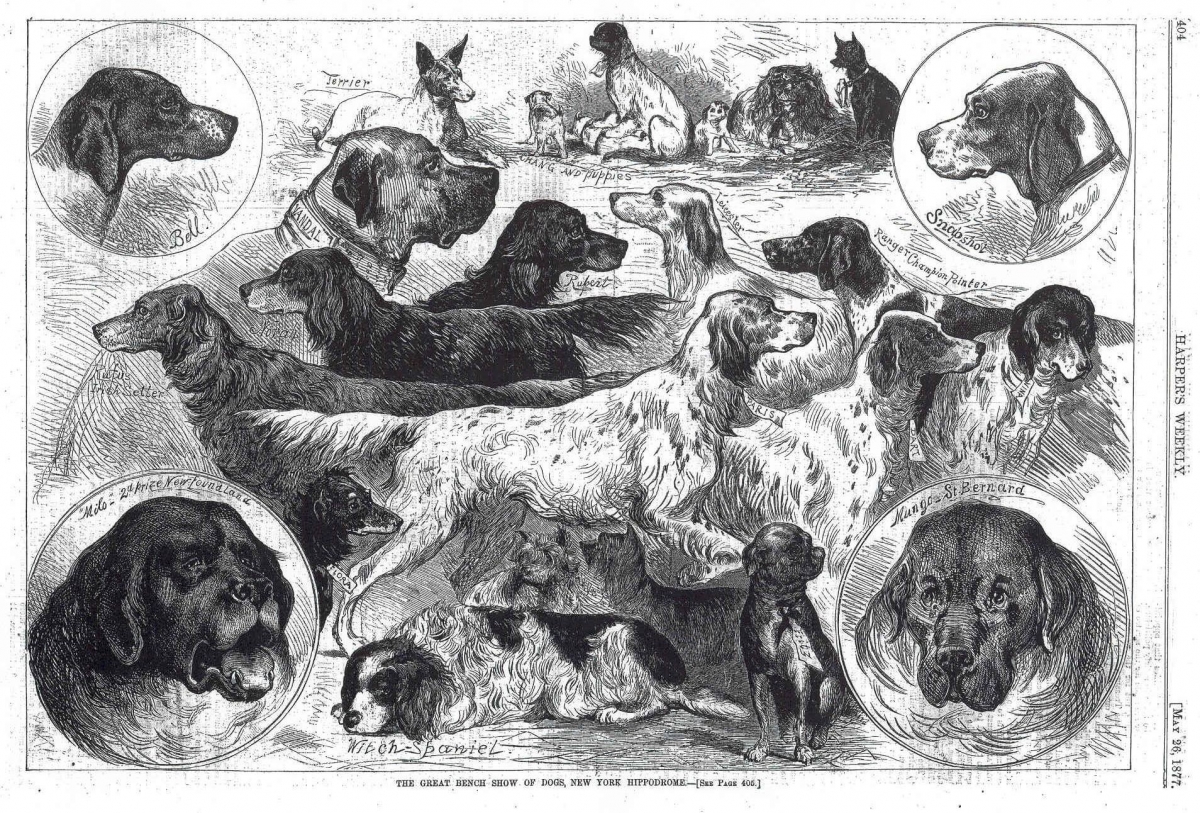 In 1890, Westminster returned to “The Rink” for one year. The next year brought the completion of a new Madison Square Garden that was constructed close to the site of the previous structure of that name. The biggest complaint regarding the new site was the lack of space, as much of the square footage was set apart to house a theater and a restaurant. Work-arounds were created and the show went on at this space for a total of 31 events. Many exhibitors missed the "Old Garden," mostly because of the loss of the rings and benching being located on the same floor. The Old Garden had not yet been torn down and the WKC moved its event back there for the years 1912-1914 and again for the 1920 fixture. In 1925 there was construction beginning at a new venue the West 40s. Beginning in 1926, Westminster moved into its new home at 8th Avenue between 49th and 50th Streets.

The New Madison Square Garden was to be the home for 43 Westminster Best in Shows. The building closed in 1968, with the final Best In Show that was to be awarded in that venue going to the Lakeland Terrier Ch. Stingray of Derryabah, handled by a young Welshman, Mr. Peter Green.

So goes a short history of Westminster. If you are interested in knowing more about the show and its history, I sincerely recommend the aforementioned tome by the late Mr. William F. Stifel. I leaned heavily on it in the writing of this article.

Have a great Westminster!

© Dog News. This article may not be reposted, reprinted, rewritten, excerpted or otherwise duplicated in any medium without the express written permission of the publisher.
Fri, 02/07/2020 - 9:10pm