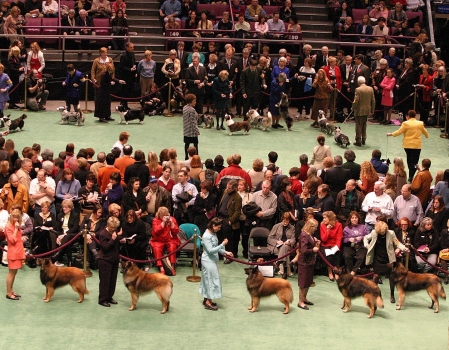 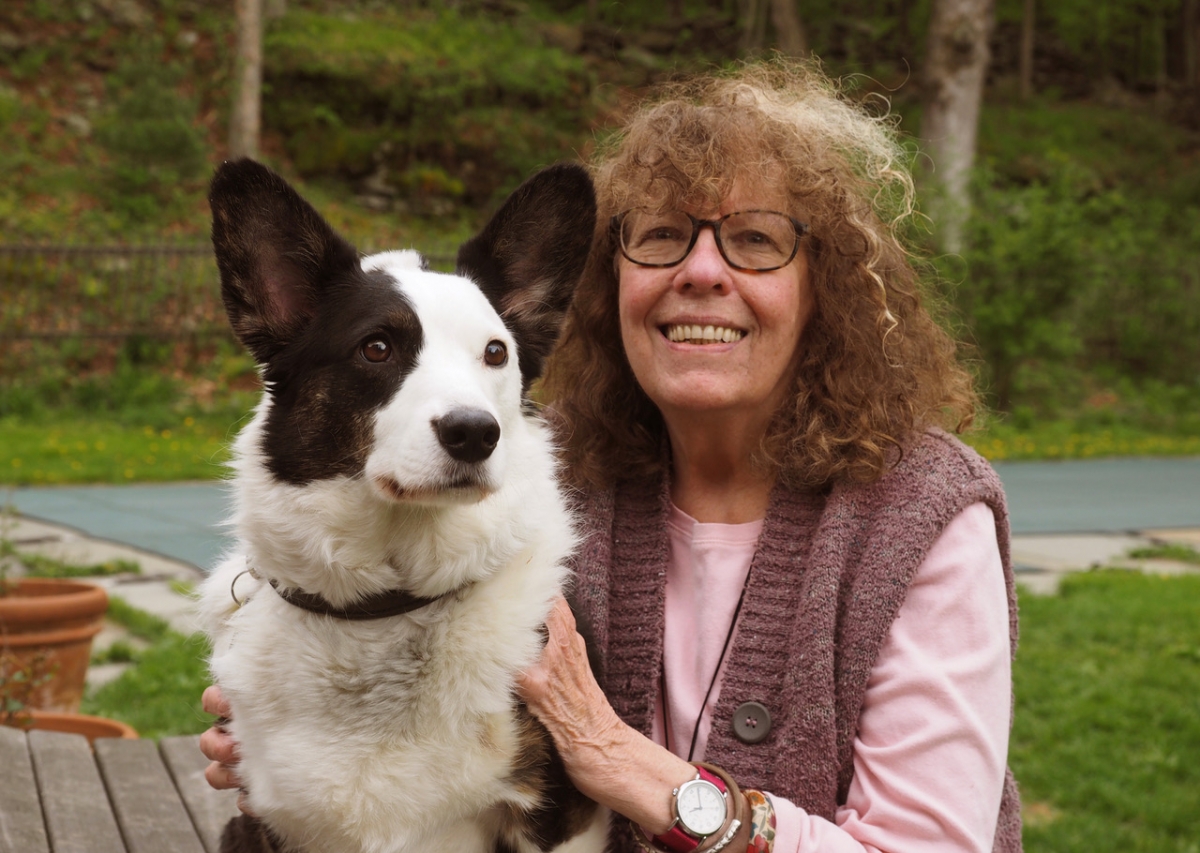 As a child growing up in New York City, I doubt I ever slept without a dog in my bed. My mother raised Poodles and Dalmatians. She had high hopes that our dogs would bring home some ribbons, but they never did. In following all the latest dog show news I subscribed to Popular Dogs and Dog World, which were bibles to me, the first place I learned about dog shows. I was constantly looking at the show photos on their pages.

I especially loved the Dog World Annual. It was thicker than the others and rich with so many images it took me hours and hours to look at them all. I guess I read the articles, but it was the photos of the famous dogs of the 1940s that are still vivid in my mind. I wanted some of those dogs. I wanted to live with them in the beautiful settings that were backdrops in the photos. I wanted to groom our Poodles the way they looked on those pages. I was greatly inspired by these magazines.

Photo of Mary and Pi by Tina Bromberg 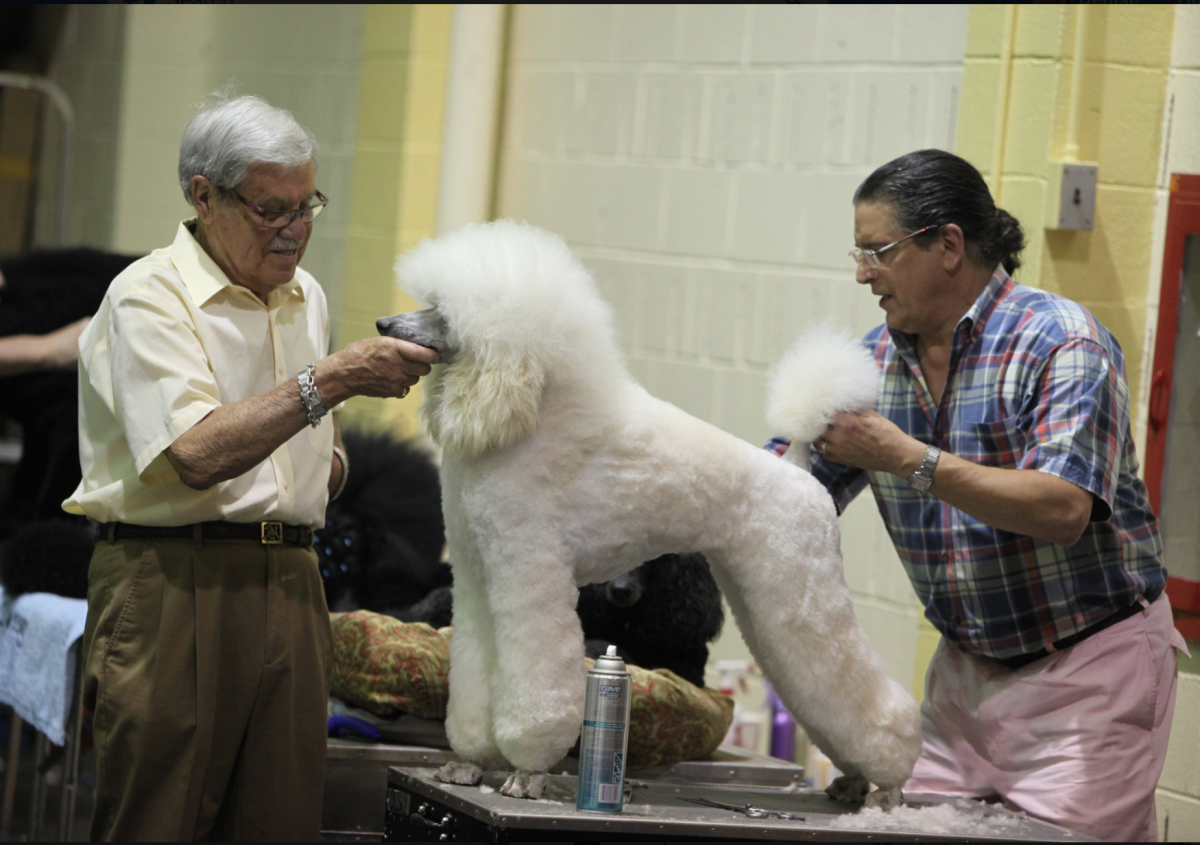 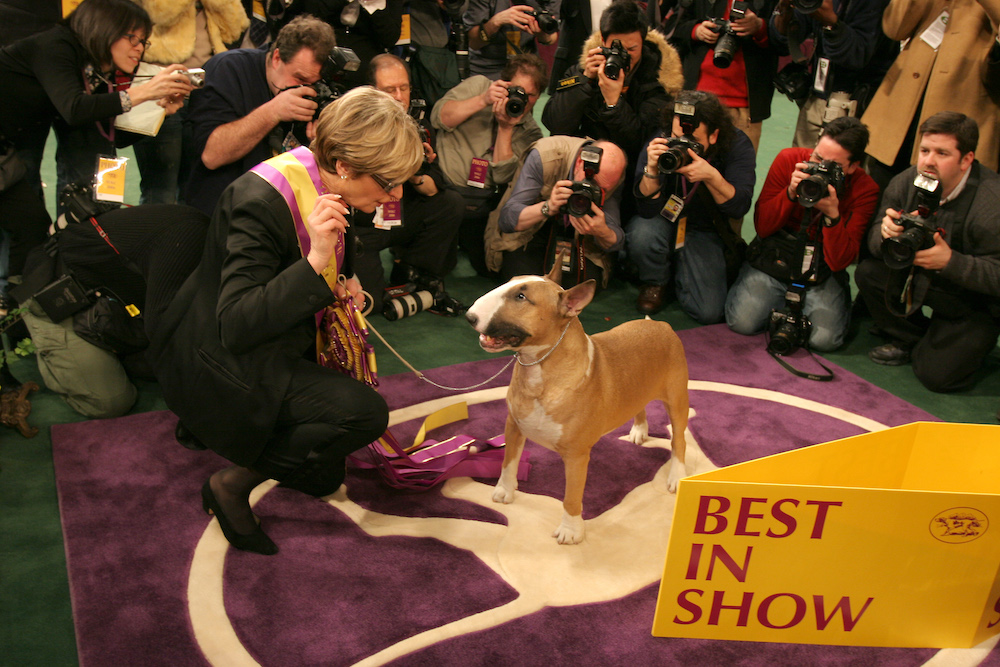 In Dog World, I learned about Geraldine Rockefeller Dodge and her beloved Giralda Farms. I devoured every word printed about her. Along with Roy Rogers and Dale Evans, she was on the list of my heroes. I was ready to move to Madison, New Jersey, and follow her everywhere. 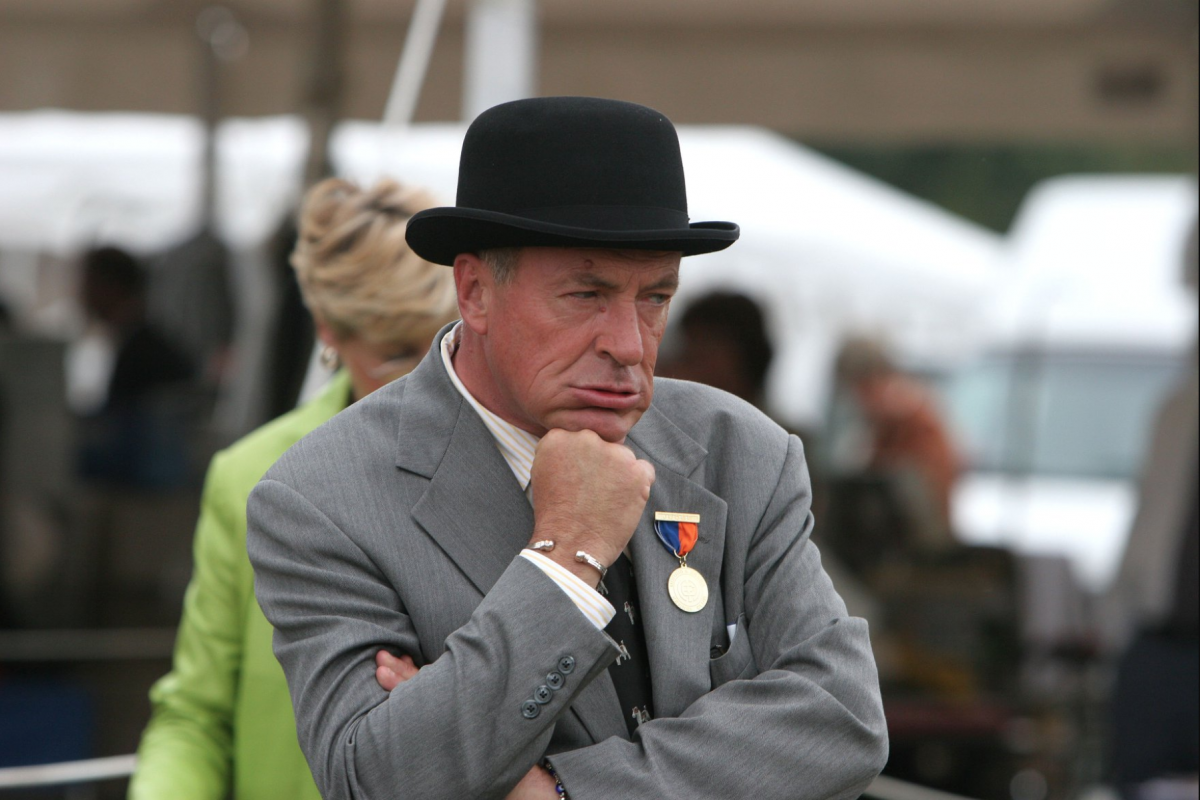 I was brought to the Westminster Dog Show, which was just a subway ride away, starting at age six. As I grew up all I ever wanted for Christmas was the promise of a ticket to Madison Square Garden. I saw some of the same dogs there that were featured on the pages of Dog World. I was among celebrities. 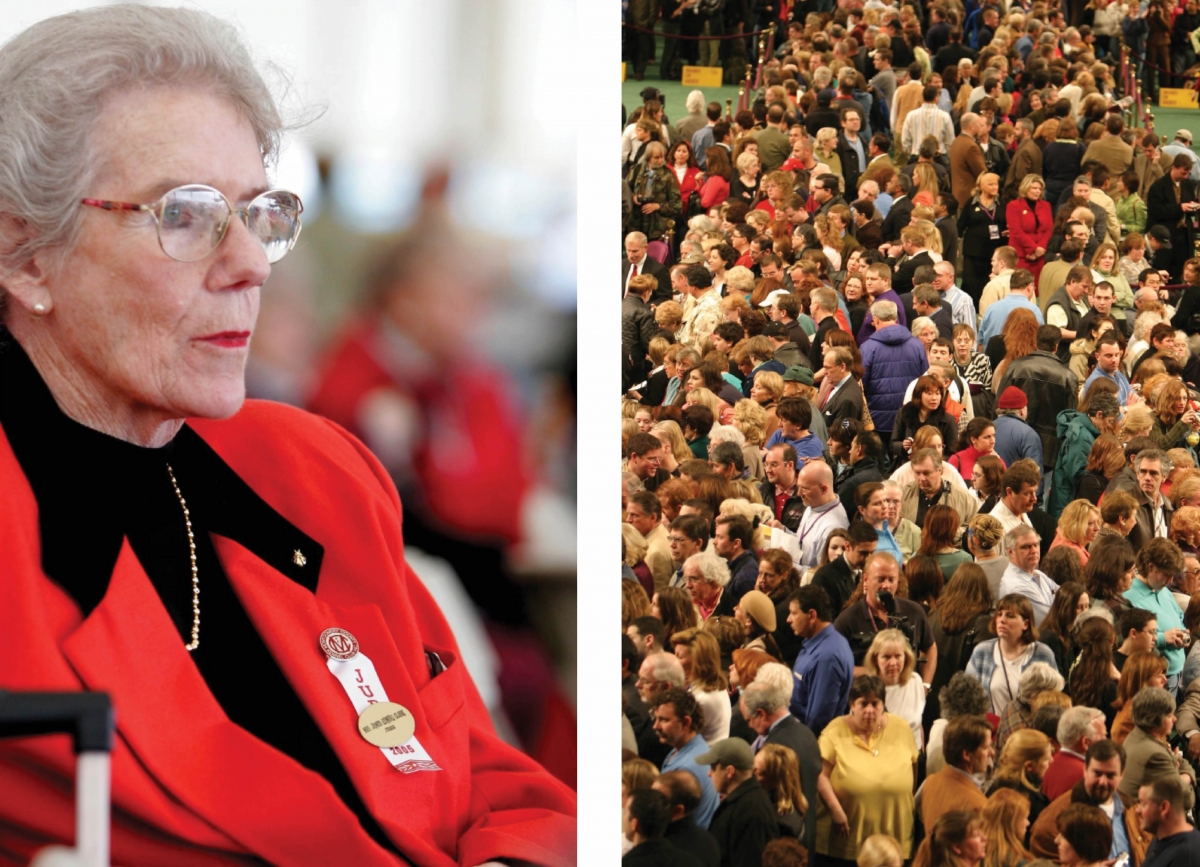 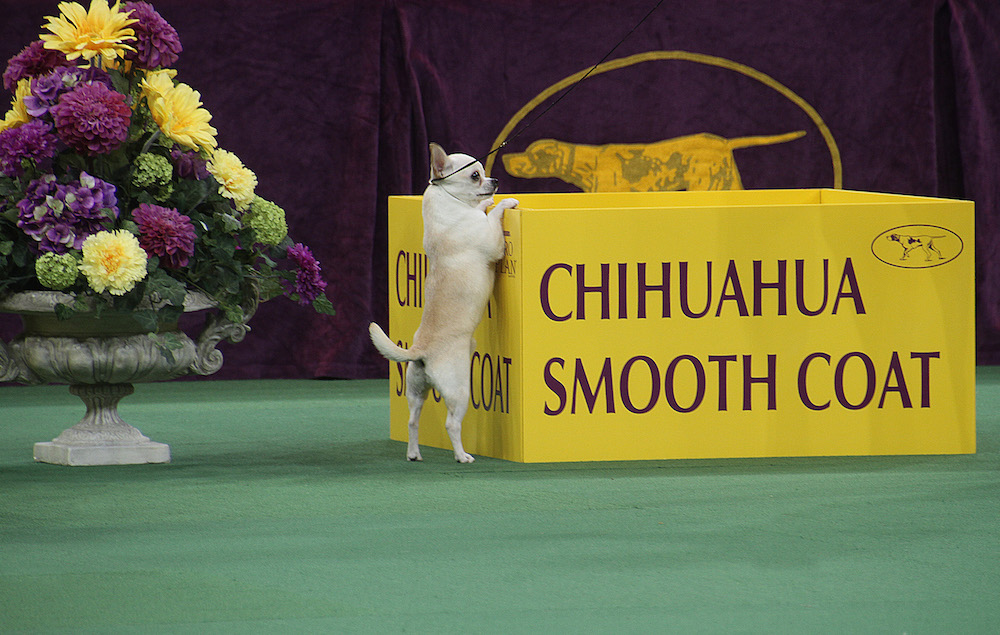 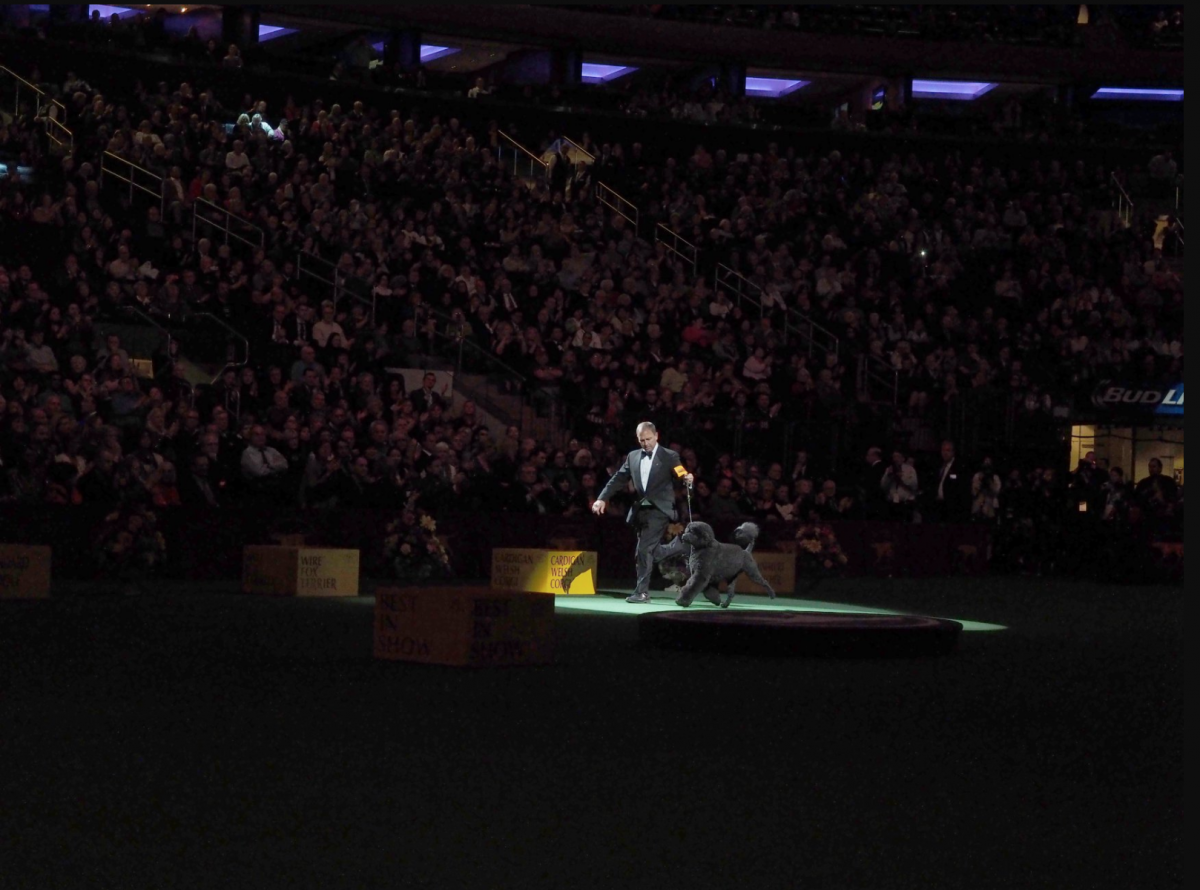 My early work years were in the corporate world, and I didn't own a camera until I was in my late 30s. Volunteering at the ASPCA, I started taking snapshots of dogs that had special needs, which helped get them adopted. I realized then that photography would be my life work. Who’s to say if my career choice was influenced by my childhood passion? 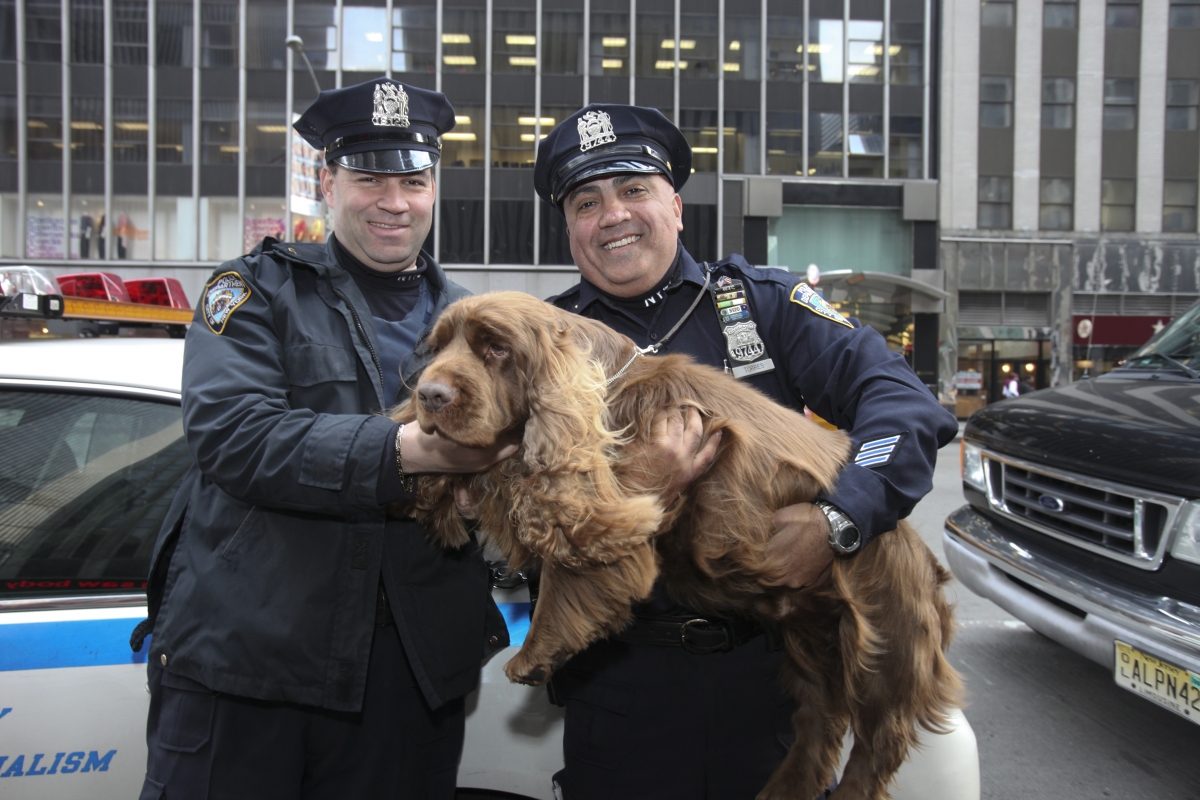 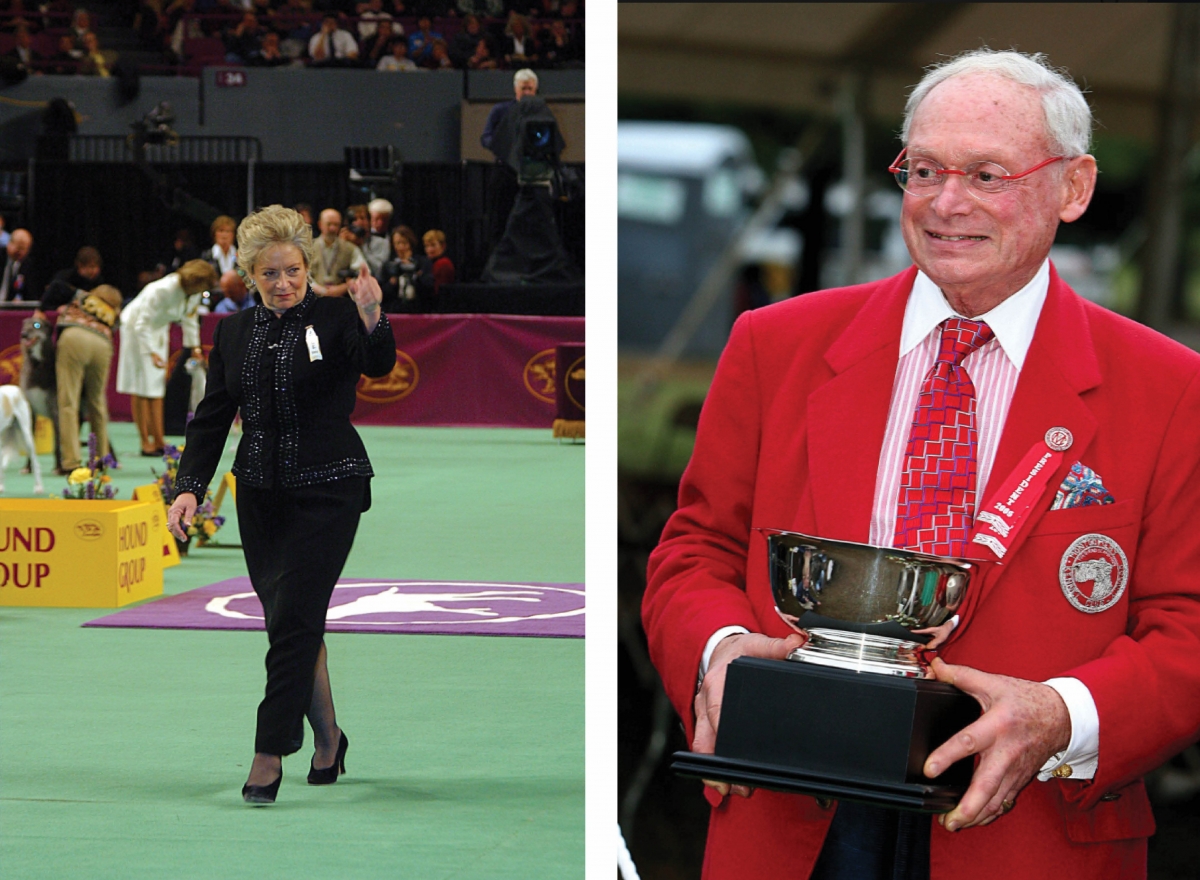 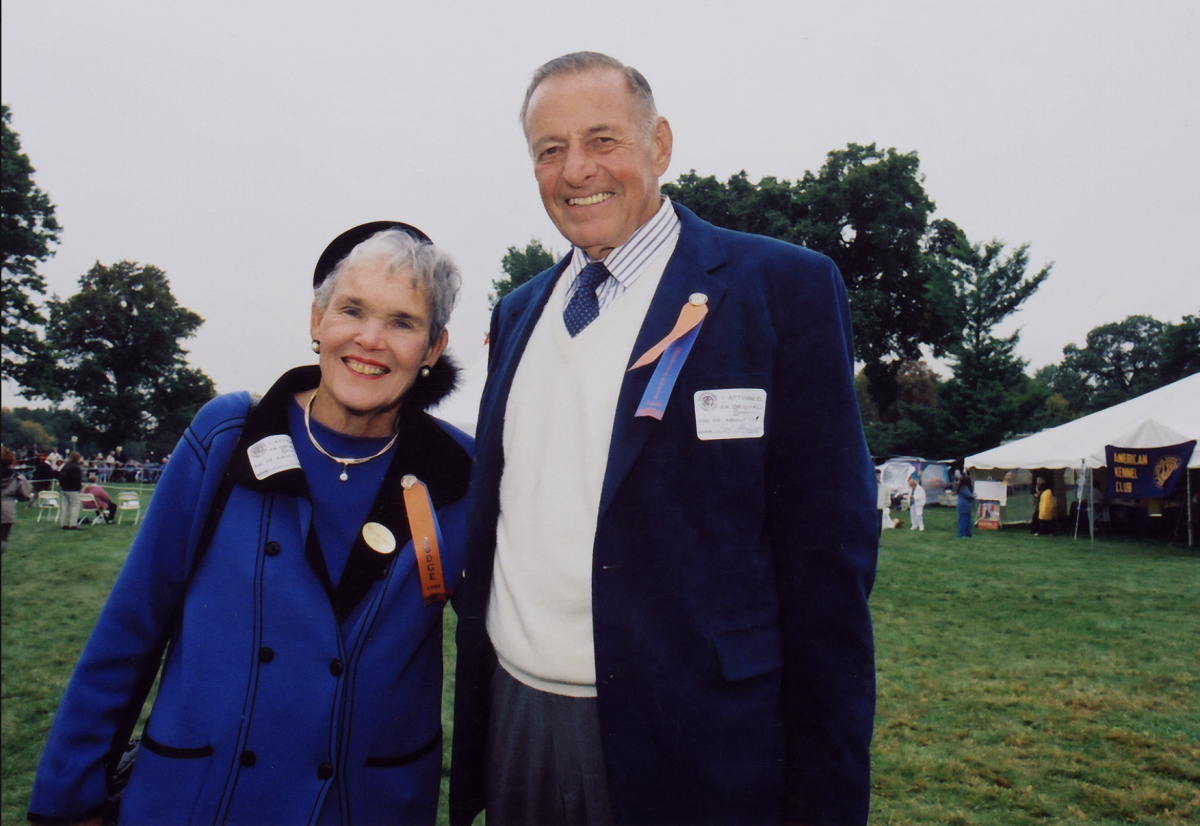 My life took a direction I felt was heartfelt, but the opportunities to do what I longed to do came from three mentors who gave me confidence because they believed in me. One was Chet Collier, who brought me to the AKC to work with their publications and film projects, and then on to the Westminster Kennel Club. Truly, without him I’m not sure if any of my dreams could have come true. Another was Bill Stifel, the former president of the American Kennel Club and Westminster member who wrote "The Dog Show: 125 Years of Westminster," giving me the chance to shoot images he needed for that prestigious book. It was Bill who recommended that I be a permanent fixture at Westminster from then on. 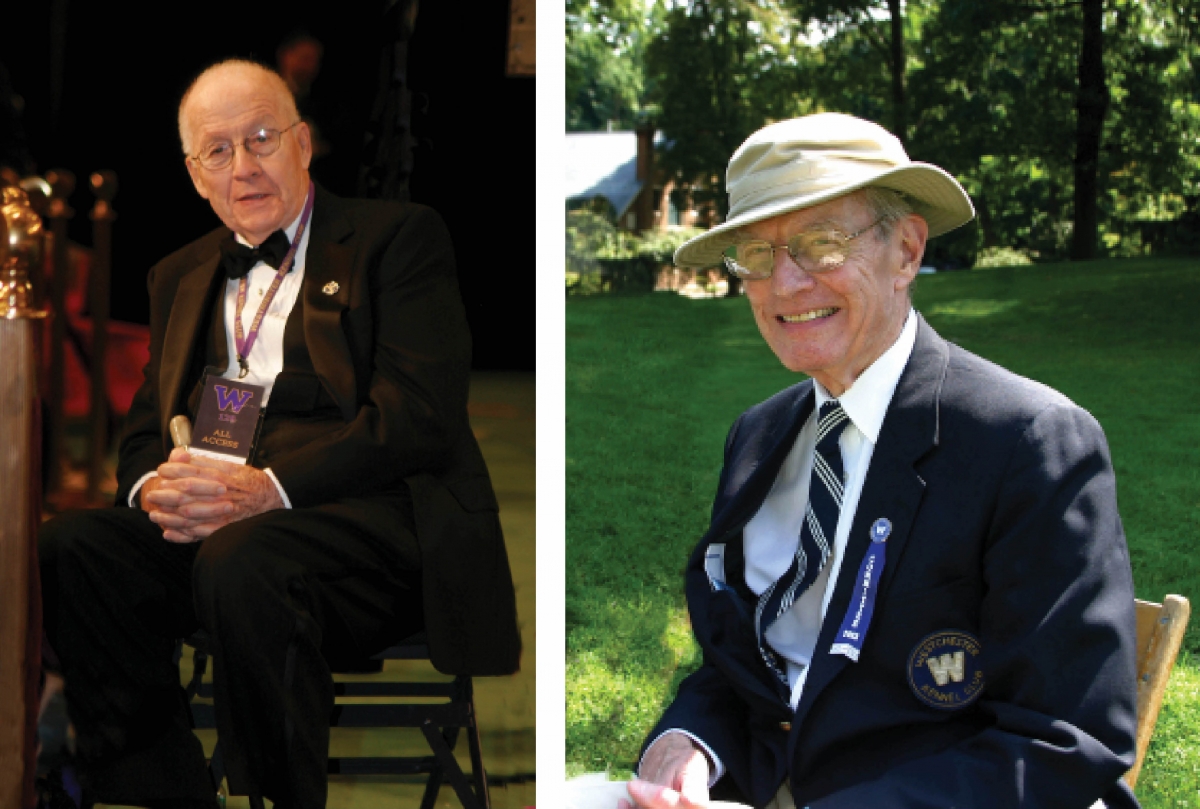 The third, who has become a dear friend, is David Frei. As then head of the press room, he made sure I got a pass along with the big guys from the press agencies and The New York Times. His confidence and moral support were fuel to do well, as he did for all his staff. He got the best we could do out of us. 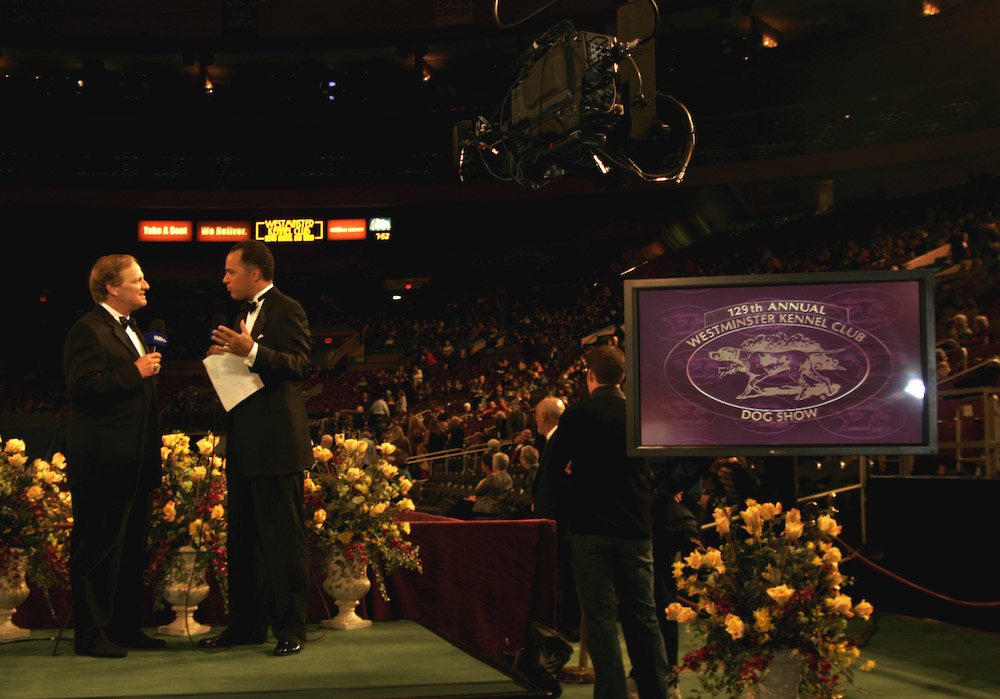 David took the Westminster-winning dog on the road to places like the Thanksgiving Day parade, museum talks, TV stations – all over the place – and always I was invited to come. He made that dog show a major part of my life. 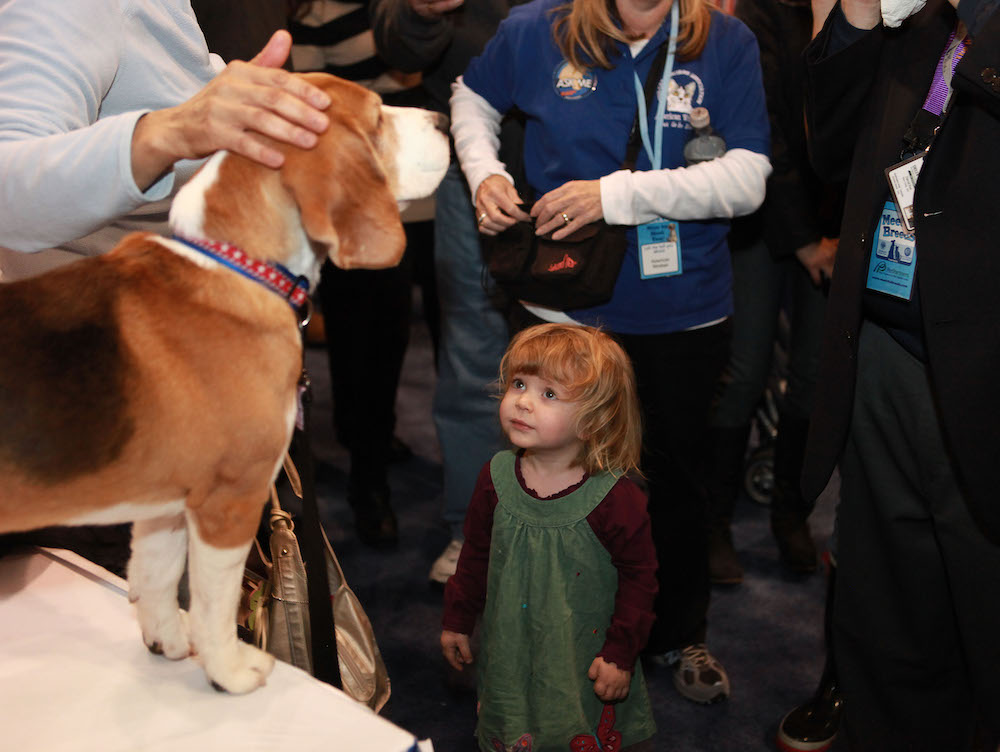 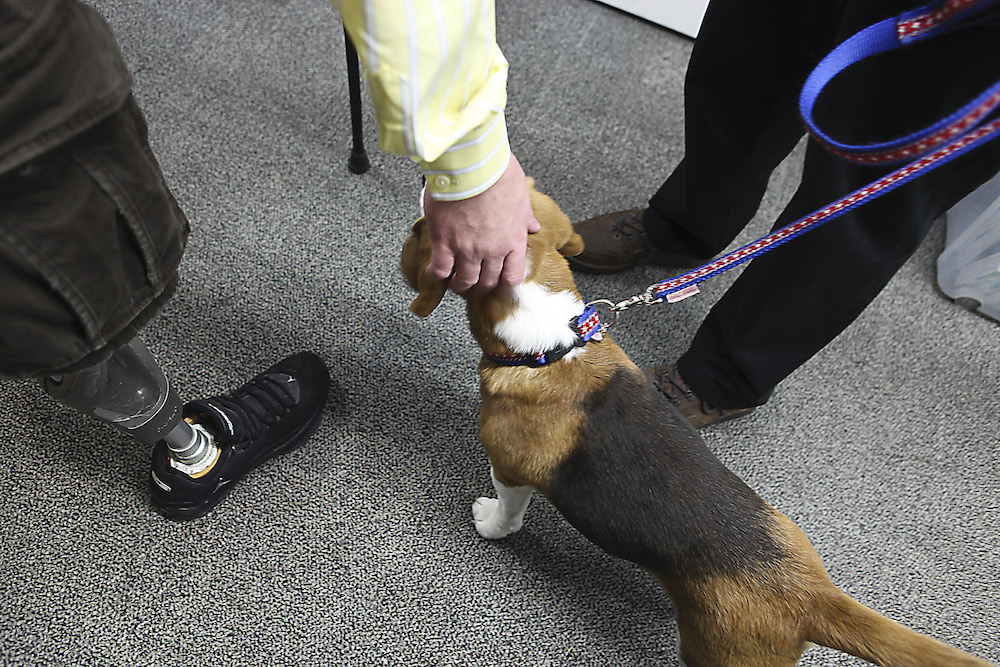 A highlight of dog shows for me is of course seeing all the wonderful dogs, but what I get to witness is the joy especially when an owner handler wins. That one moment they worked for a good long time, maybe years, and I was there to share it with my camera. 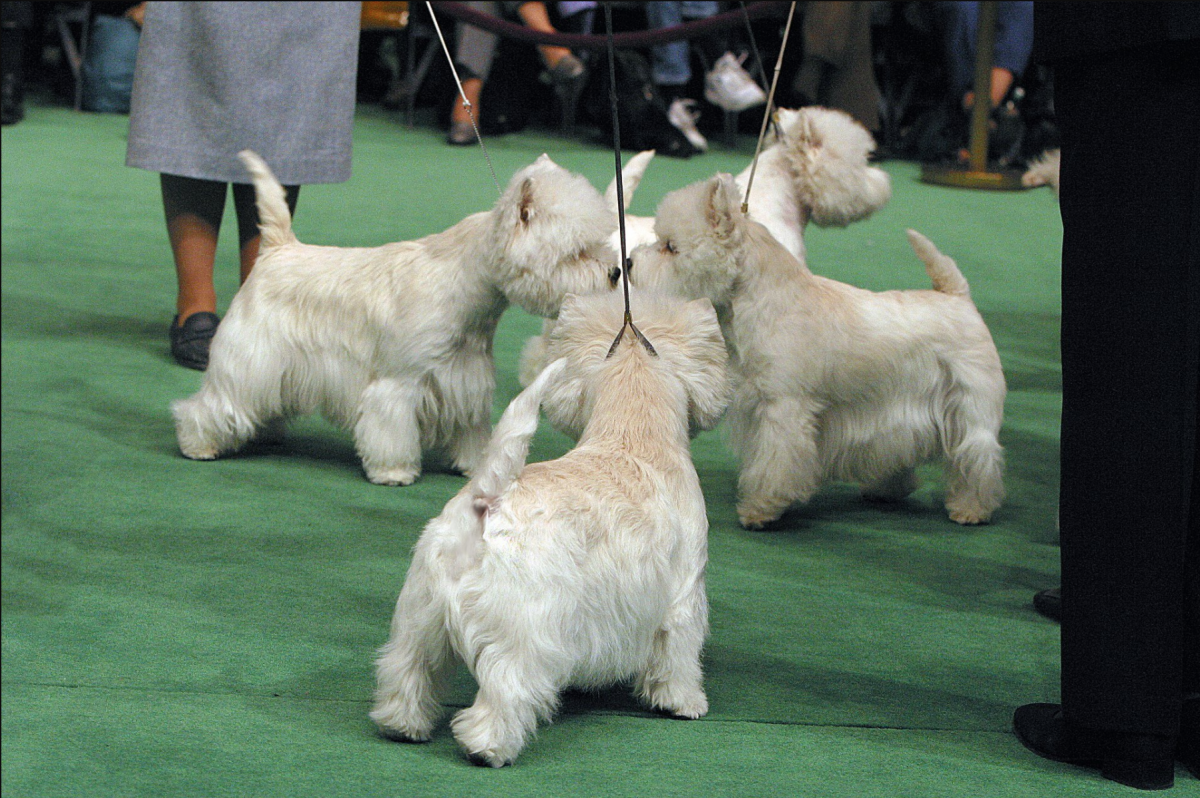 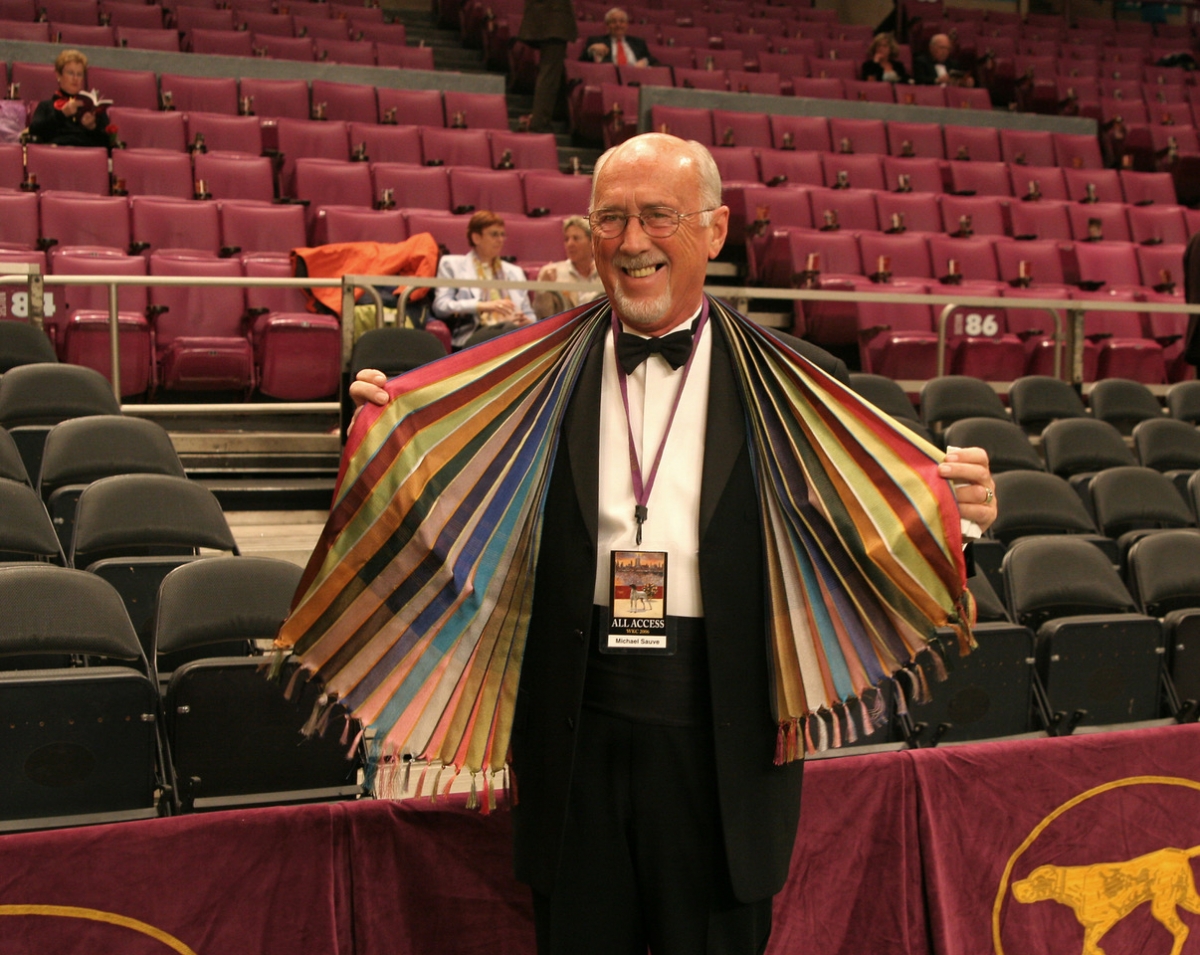 Thanks to a few mentors and a love of dogs, I was able to spend 40 years taking photos at dog shows similar to images I saw many years ago in a magazine. Dreams do come true.

To see some of the standout Westminster photos from Mary Bloom's archive, visit the Facebook page Mary Bloom 40 Years of Dog Show Memories.

© Dog News. This article may not be reposted, reprinted, rewritten, excerpted or otherwise duplicated in any medium without the express written permission of the publisher.
Sat, 06/08/2019 - 5:05pm