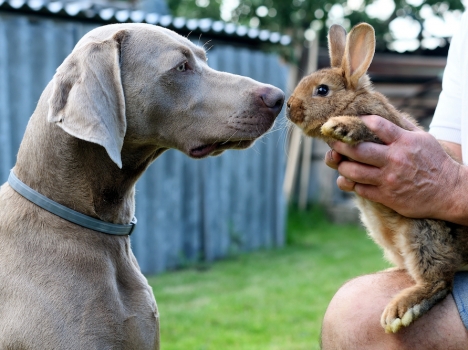 A Day of Questions

In this column, we usually discuss one or two topics in detail, but this week I thought it might be interesting to share some of the questions I get asked in a day. For starters…

Can I give my dog wheat germ for fiber?

Omega-3 fatty acids are also found in wheat germ. These supplements control dry, itchy skin, boost the immune system, and fight allergies, asthma, and inflammatory diseases. You may want to consult with your veterinarian about the amount to give. A good starting dose is one tablespoon of ground wheat germ or wheat germ oil per pound of your dog’s food (not your dog’s body weight). You can mix it right into the food.

Should I give folic acid to my pregnant bitch?

Folate, or folic acid, is also known as Vitamin B9. This safe B vitamin is important in stopping several birth defects that involve neural tube, cleft palate and spinal defects. Research on cleft palates in brachycephalic dog breeds has shown folic-acid supplementation can decrease the incidence as much as 48 to 76 percent. A normal dose would be 400 mcg for a large dog, 200 mcg for a medium dog, and 50 mcg for a small dog, given once daily.

While premium dog foods should contain enough folate, supplementation of B vitamins is not harmful. Any excess would be excreted unchanged in the urine. Food sources that are high in this vitamin include pork, poultry and liver. Malt-O-Meal cereal that is fortified with folic acid can also be fed to bitches that are pregnant and those soon to be bred. It is important for these females to have folic acid at least two months before breeding, as well as during the fetal growth stage of pregnancy.

Do I need to postpone OFA radiographs if my bitch comes in season?

Yes. According to the Orthopedic Foundation for Animals (OFA), radiography of females in estrus or pregnant should be avoided due to possible increased joint laxity (looseness) from hormonal fluctuations. OFA recommends radiographs be taken one month after weaning pups and one month before or after a heat cycle. Physical inactivity because of illness, weather or the owner’s management practices may also result in some degree of joint laxity. The OFA recommends doing a radiographic evaluation when the dog is in good physical condition.

Can I update my bitch’s vaccinations after she is bred?

No. Administration of modified live – or any – vaccines is not recommended at any time following breeding or during pregnancy. Canine distemper virus, parvovirus, Lyme disease and even rabies titers are blood tests that will measure the level of immunity present.

As many of us know from our sore arms after COVID-19 vaccinations, inflammation can occur with immunization. Inflammation of any kind has been shown to decrease the number of embryos carried to term. It can also prevent implantation or disrupt the placenta, causing the embryo to die. Days 18 to 25 after breeding are the most important, but inflammation at any time during the first 30 days can be a problem.

Vaccinating a pregnant bitch is unlikely to boost immunity for her puppies. When given early in pregnancy, vaccines are dangerous, and they are ineffective when given in the second half of gestation. It takes at least 30 to 45 days to get antibodies high enough in the blood to increase the level in the colostrum of the bitch’s milk.

Routine vaccinations should be current or done prior to breeding. Puppies’ early immunity depends on their consumption of their mother’s colostrum, which should contain high levels of antibodies based on the bitch’s immune status.

There is carrageenan in my dog’s food. Is it safe to eat?

Carrageenan (care-a-GHEE-nan) is a natural extract of red seaweed that has been used as a food additive for hundreds of years. It is mixed into both human and pet food as a thickener, stabilizer, texturizer and preservative.

In human food, carrageenan can be found in all sorts of products, from soy milk and yogurt to prepared meals and deli meats. In pet foods, carrageenan is most often added in small amounts to paté and loaf-type wet foods to give them their characteristic firm consistency. When it is added in such small amounts, it does not need to be declared by the manufacturer.

Since the late 1960s, there has been controversy surrounding the health effects of carrageenan. Some evidence suggests it triggers inflammation, ulcers of the stomach and intestines, and may cause damage and tumors in the digestive system. However, for every study suggesting carrageenan could be problematic, there is another study indicating that it is perfectly safe.

The very small amount of carrageenan added to pet foods is not likely to cause any upsets, but if your dog has a sensitive gastrointestinal system, caution may be warranted. In this case, it would be best to look for a food that is free of carrageenan. Read the ingredient list on the food bag, can or container. Changing the diet occasionally would also help to limit the chances of carrageenan building up in the dog’s system over time.

I think my dog ate baby bunnies. What should I do?

The treatment would depend on the size of the dog and the number of bunnies ingested. Most dogs would be fine and digest the poor babies. Mother bunnies should be more careful where they build their nests.

However, Poison Control does recommend inducing vomiting if the bunnies were consumed within the last hour. Hydrogen peroxide can be given orally to induce vomiting. The dosage for hydrogen peroxide 3% is one teaspoon (5 milliliters) per five pounds of body weight, not to exceed three tablespoons (45 milliliters). Vomiting usually occurs within 10 minutes, and the dose can be repeated once if not initially successful.

The medication you sent home with my dog flew out of my car window and was run over and crushed by another car. Can I get a refill?

© Dog News. This article may not be reposted, reprinted, rewritten, excerpted or otherwise duplicated in any medium without the express written permission of the publisher.
Sat, 05/01/2021 - 10:49pm