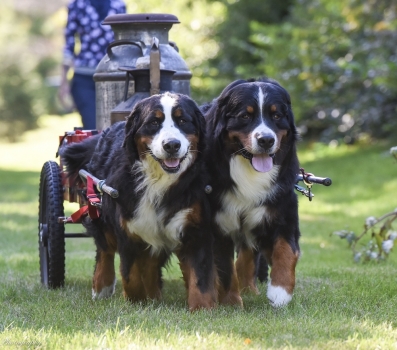 Cheese has long been a staple in the diet of the Swiss, and the people of Switzerland take cheese seriously. There are more than 450 different varieties of cheese produced in Switzerland, including Raclette, Tilsiter, Emmentaler, Gruyère and Tête de Moine, well known to cheese lovers everywhere, and hundreds of others that are not so well known. Even today, just under half of all the milk produced in the country is made into cheese, and there are about 600 cheese-makers in the country.

Cattle were bred on the land that would become Switzerland as early as the Neolithic period, and the ancient Romans brought hard cheese as far as the Alps. Indeed, there are mentions of Gruyère in writings that date as far back as 1115, and in the early days of the Swiss Confederation, cheese was not only a food staple but also a commonly used means of payment. Often tradesmen, day laborers and even priests were paid in both money and cheese. Later, in the 15th and 16th centuries, the Alpine herdsmen began taking their surplus cheese down to the valleys to sell.

However, these Alpine herdsmen soon discovered that a person could only transport just so much cheese, and the trek from the mountains to the villages in the valleys was arduous, to say the least. In other words, they were doing a lot of work for not much return. Since horses were impractical on the steep mountain trails, some other means had to be devised to get larger amounts of cheese to markets. That means turned out to be their farm dogs hitched to carts. Since the dogs already performed a number of tasks around the farms, including being watchdogs and companions, it was easy to add “draft dog” to their resume. 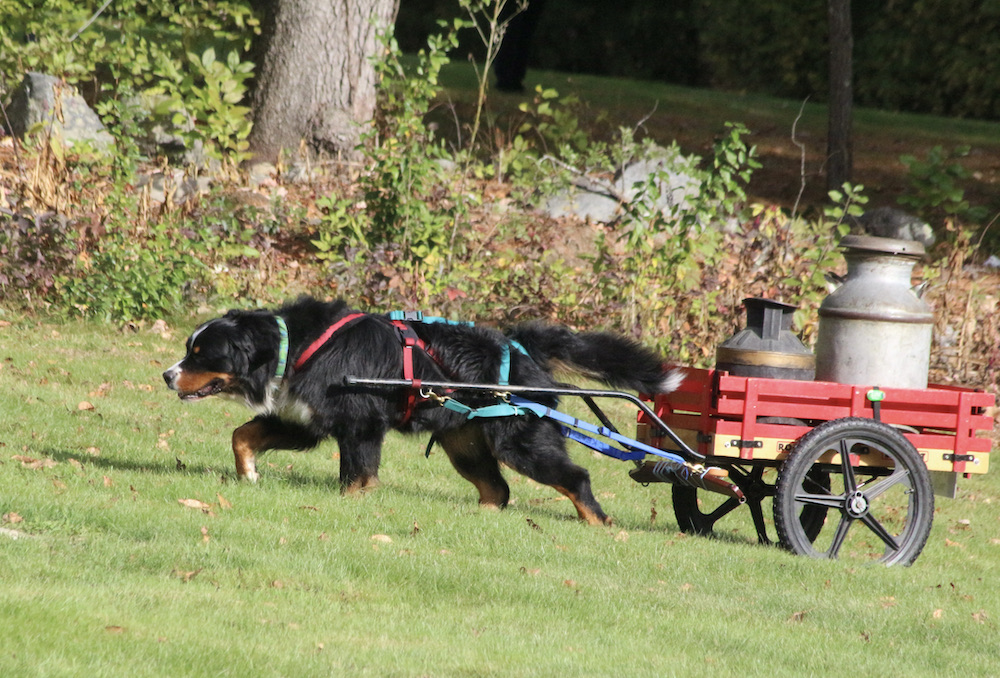 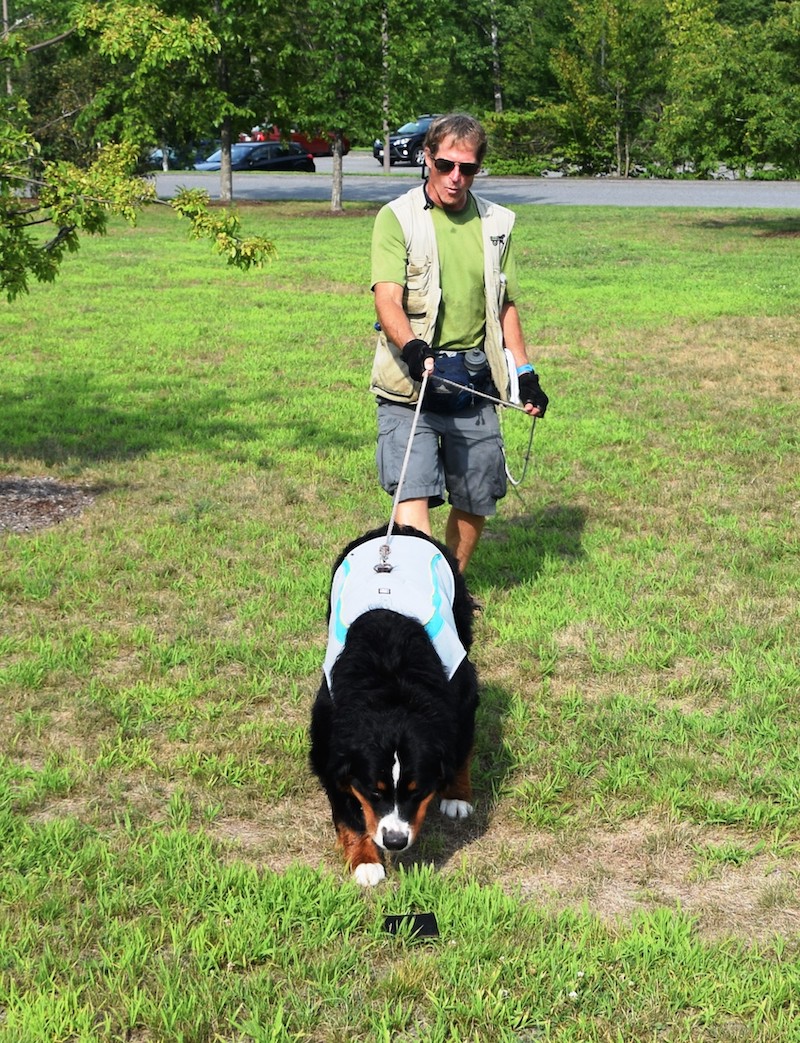 Kelyn found tracking to be his favorite. Here he makes a wallet find for Beth Atkinson’s husband, Phil.

Because of this draft work, the Bernese Mountain Dog — or Berner, as it’s commonly known — were called “cheese dogs” by the people who bought the cheese shipments from the Alpine herdsmen. With the wide variety of jobs the breed was expected to do, there is little wonder that their modern-day descendants are successful in many different dog sports.

“They are willing to do whatever you ask of them,” says Valerie Horney, who has competed in many sports, including conformation, agility, obedience herding and draft work, with her dogs Kuza (GChB. Indian Ivanhoe from Orsina’s Land CDX NFP MXP MJP2 ANDD ABNDD MDD MBDD), Roger (GCh. Backcountry Say Roger That CD RI AXP OJP ANDD ABNDD MDD MBDD) and Cliff (Ch. Right on the Edge From Orsina’s Land CDX OJP OAP). “Anything that allows them to be with their people is what is most important to them. They are working dogs and most enjoy having a job. They are kind, smart, affectionate and willing to learn and do just about anything very happily.”

“Berners love doing anything with their people,” adds Alison Jaskiewicz, who owned Fig (Ch. OTCH Ledgewood’s Largo Al Figaro UDX3 OM4 GMDD) and Tumble (OTCH Ledgewood’s T for Tumble UDX OM3 TD ANDD ABNDD MDD MBDD), and whose current dog is Tristan (GCh PACH Kaibab’s Invitation To The Dance VCD2 UD MJP5 MJPS T2BP XFP MXP6 MXPS PAX GMDD). “Keep any activity engaging, entertaining and rewarding for them, and they are delighted to play with tails, wagging and grins on their faces. They are historically all-purpose farm dogs, and thus they easily adjust to diverse environments around people and other animals. Their strength, agility and eagerness to engage with their people mean they are well suited for a wide range of different dog sports.” 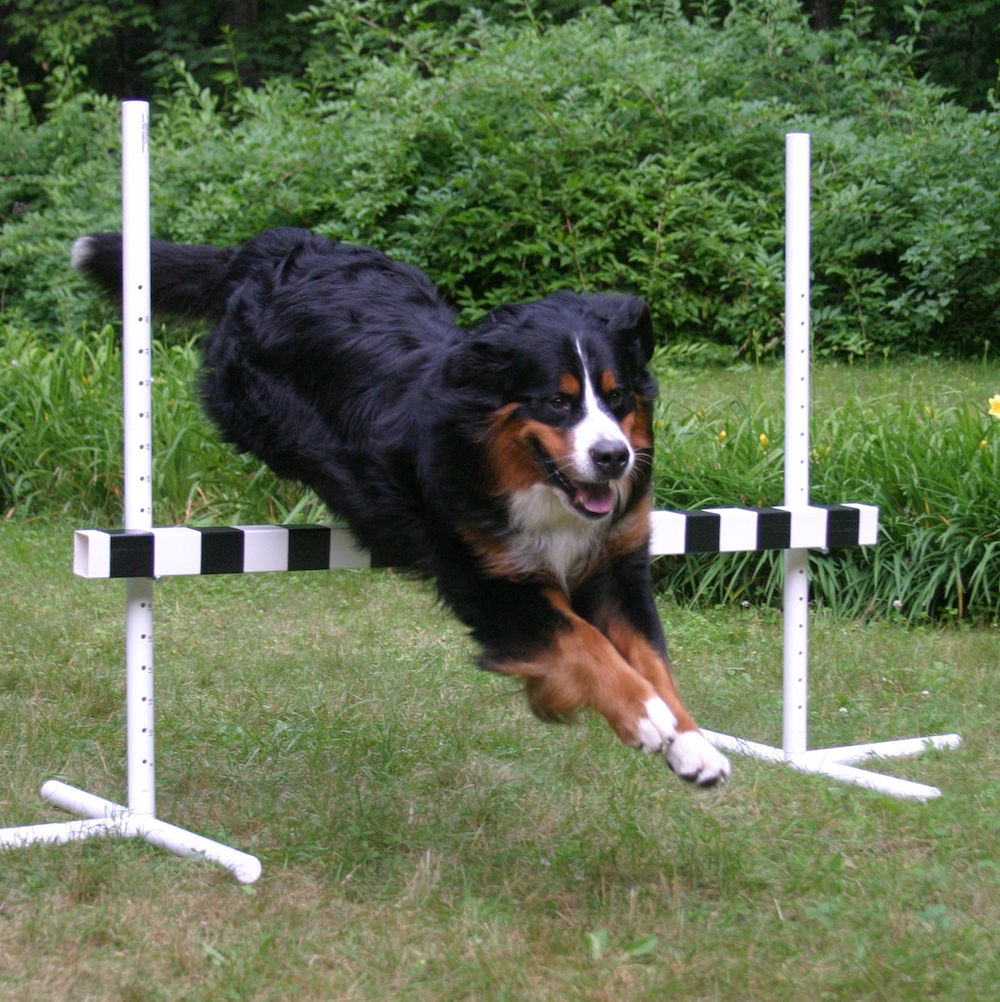 Beth Atkinson notes that Berners historically were used for droving, drafting, protecting the farm and being wonderful family companions.

“They are true working dogs and like to have jobs to do. Their intelligence, biddability and desire to please make them good candidates for just about any dog sport,” says Atkinson, who currently owns Kelyn (GCh. CT Backcountry Xcelsior CD TKA ANDD MDD ABNDD MBDD). “They are big, strong and powerful, yet can be very agile and precise in their work. Many of my BMDs have chosen tracking as their favorite sport. There’s nothing more rewarding for them than finding the ‘glove.’” 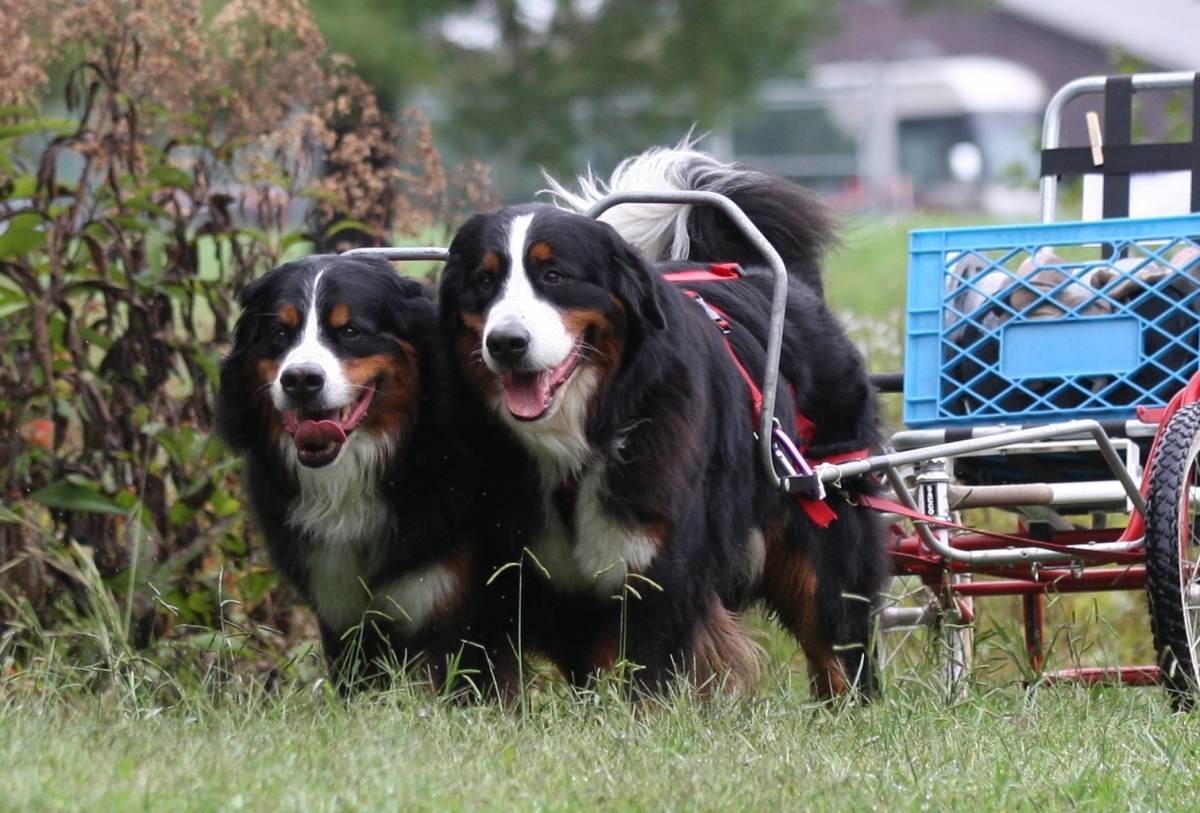 Fig and his son Tumble (OTCH Ledgewood’s T for Tumble UDX OM3 TD ANDD ABNDD MDD MBDD), another Jaskiewicz BMD and one of the other two BMDs to have an OTCH, also enjoyed carting.

As near as can be determined, the Bernese Mountain Dog was developed from breedings between the farm dogs common in the Swiss Alps and the Molosser or Mastiff-like dogs brought to Switzerland by the Roman legions. Named for the Canton of Berne, Berners are one of four breeds of Swiss mountain dogs: The Appenzeller, Entlebucher Mountain Dog and the Greater Swiss Mountain Dog are the other three. All four of the regional breeds that constitute the Sennenhund type have a black, white and rust colored coat, but only the Bernese Mountain Dog has long hair.

While draft work and droving were two things the Bernese Mountain Dog did on Swiss farms — hauling milk and cheese to market and taking the milk cows to the Alpine pastures and back — they are not fast-paced herding dogs, but rather a more controlled drover, as the last thing a dairy farmer wants is for his or her milk cows to be upset as stress substantially reduces milk production.

Though herding trials are typically much faster paced than the droving of cattle on the Swiss dairy farm would be, as they utilize sheep, many BMDs nonetheless excel in this sport. The Bernese Mountain Dog Club of America sponsors draft tests around the country simulate work on the farm with a maneuvering course and a half-mile freight haul. 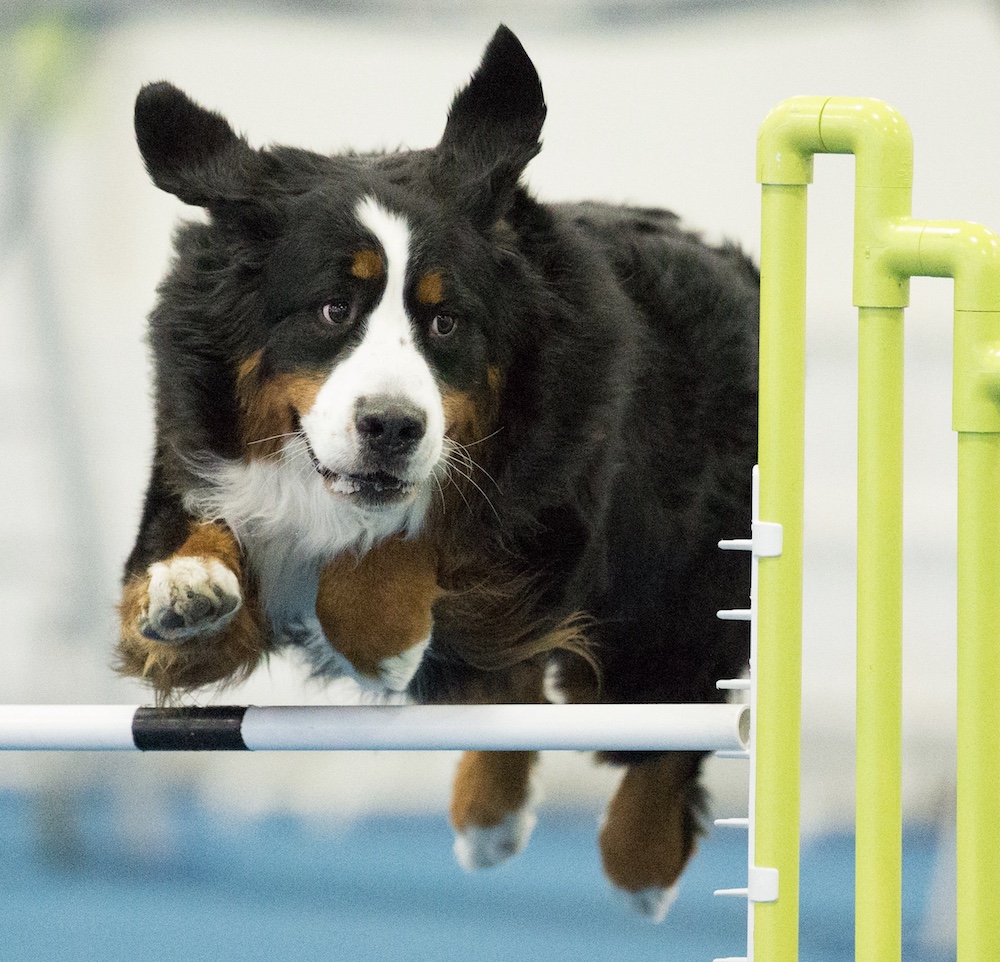 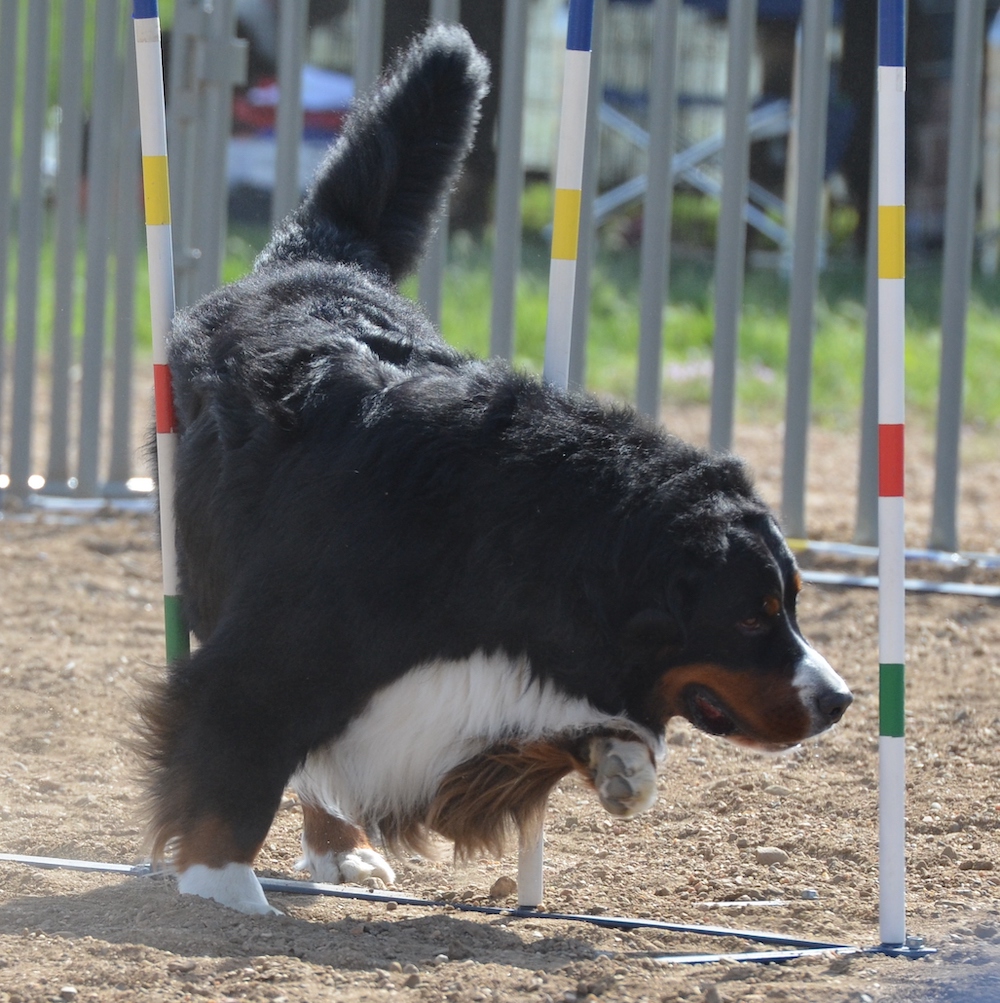 For Atkinson, doing what was best for the dog meant focusing on tracking and drafting rather than doing agility and obedience, at least for a while.

“The most challenging obstacle I encountered far and away was trialing an intact male with an extremely high libido,” she says. “Kelyn needed to keep track of every dog and smell in his universe, and the very best rewards couldn’t compete with raging hormones. Oddly he was able to focus while tracking and drafting, but couldn’t keep his nose off the ground or his eyes off away from other dogs while doing agility and obedience.”

The solution finally was to make the “ultimate equipment change,” and Atkinson says the transformation after he was neutered was remarkable.

“It was like a burden had been lifted and all he had to do was focus on me and be my partner,” she concludes. “I’ll also say that over the years, I’ve come to appreciate just how important interactive play and games are in dog training. Bernese Mountain Dogs don’t respond well to lots of repetition and drilling. So it’s my job to make training fun, fresh and rewarding for the dogs.” 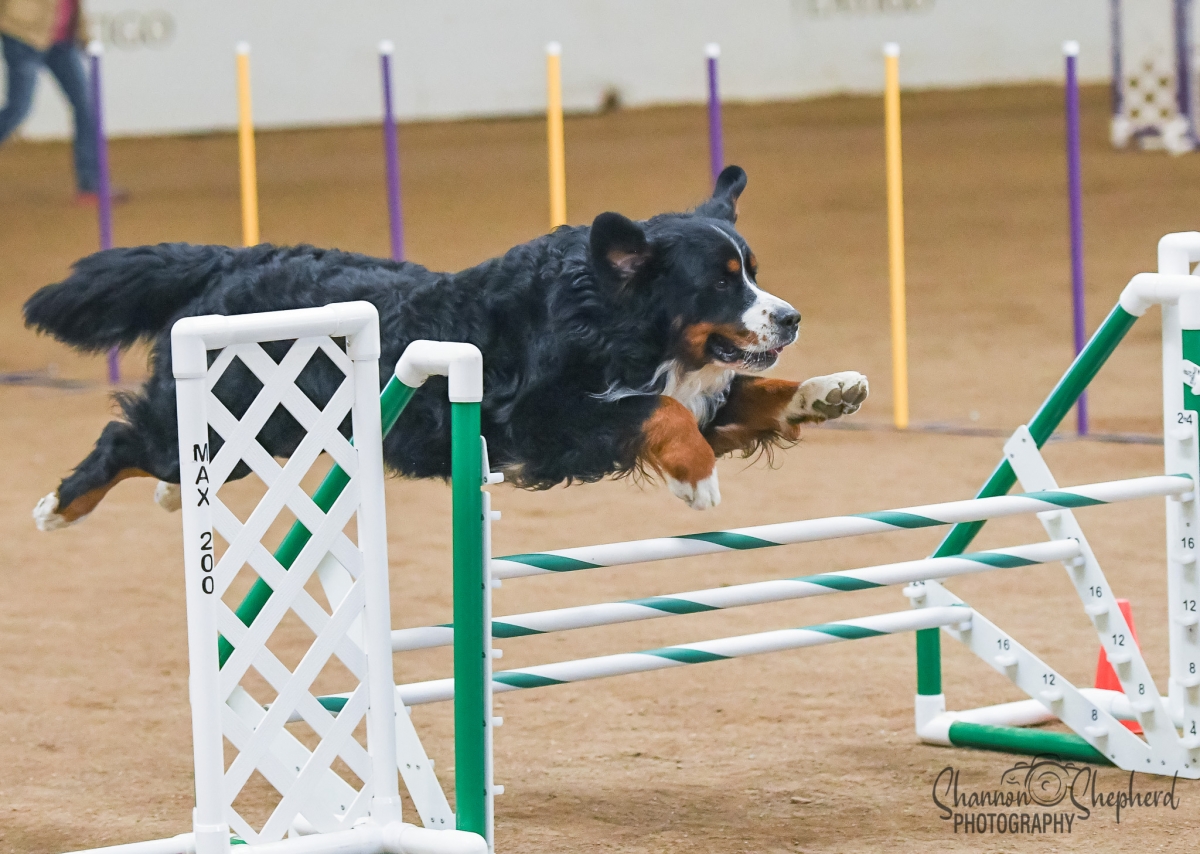 Obedience, particularly at the top levels, requires a lot of attention to detail. For Jaskiewicz, this meant a lot of creativity, so training was always interesting to her dogs.

“I rarely practice full exercises even with dogs going for their OTCH, but rather bits and pieces that constantly vary and always with lots of praise and rewards,” she explains. “I always look to create joy for my dogs. I highly value a happy dog, enjoying time with me and that’s the dog I want to take into any type of competition with me. While I had some jumping issues with Tristan, I was fortunate to find an instructor who knew more about jumping than I thought possible.”

For her part, Jaskiewicz always seeks out moderate examples of the breed versus the larger, heavier dogs often seen in the breed ring, “since I want my Berners to be sound, healthy and capable of earning titles in both the show ring and performance.” She adds that the standard defines a wide range of possibilities, and she’s found those in the mid-range to be very capable of success in both.

When it comes to the greatest challenges facing the breed today, Atkinson thinks the two greatest have not changed in the 30 years she’s owned the breed: health issues and the breed’s growing popularity.

“It’s easy to find a Bernese Mountain Dog online these days, and that feeds in the ‘want it now’ culture,” Atkinson says. “Backyard breeders, whose focus is on profit and not health or improving the breed, create beautiful websites that lure unsuspecting or impatient buyers into making impulse purchases. We all know how that usually turns out.”

© Dog News. This article may not be reposted, reprinted, rewritten, excerpted or otherwise duplicated in any medium without the express written permission of the publisher.
Fri, 05/13/2022 - 2:33pm