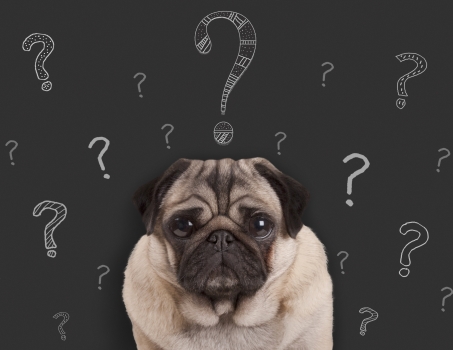 What do you think the criteria for AKC's Breeder of the Year should be?

For me, the Breeder of the Year isn’t signified by the number of litters they produce, the number of “champions” they finish or even the number of BIS and specialty awards their dogs win, though this last is certainly reflective of the influence their “product” has on the breed.

A lot also depends on the breed itself. I was fortunate to own a stud dog who sired five national-specialty winners. Based on that fact alone, he certainly would qualify, for me, as some sort of gold-star sire. But to my knowledge, none of his sons were good sires – with one exception. He was bred, I believe only once, and his daughter from that litter did win BB at our national. All of this said, this was in Pointers. A very small gene pool and very few litters. If a Doberman sired five champions, it would be “nice,” but not a big surprise. So, for me, the numbers game gets tossed out. A great sire here might just well be a good sire in another breed.

For me, a great breeder has longevity. Generations of good to better to great dogs – and I am speaking four, five, six generations. Not to name names, but take a look at Pat Trotter and her “Craighounds,” as some called them. Take a look at Julia Gasow and the fabulous Salilyn English Springers. Take a look at Kay Finch and Sunny Shea and the generations of Afghans. Take a look at Marjorie Good and that long line of wonderful Sealyhams. And so many, many others. And if these names don’t mean much to you, Google them. They were TOP BREEDERS. They brought us the best year after year, generation after generation.

And, if you are too lazy, and some of you certainly are, take a close look at David Fitzpatrick. David personifies the word breeder. I’m not speaking of just this wonderful dog that he is showing today. I’m speaking of the previous 10, or is it 20, top Pekingese that he has bred, raised, conditioned and shown to us. For me, David is not a breeder, he is THE breeder of our generation. Good sport. Pleasant. Willing to help. Always a smile, win or lose. He is the example that every wannabe breeder in our country should want to emulate. We are so lucky to have him in our sport.

These seven nominees are all great choices. Each has adopted a breed and made it better than it was when they began. Being nominated is the pinnacle of what they do. I congratulate them all.

This is such a significant honor for any preservation Breeder of Merit. I often wonder how the nominees are actually considered?

I consider a Breeder of the Year to be someone who is steeped in breed excellence and knowledge, and has given back to his or her breed through preservation and mentorship to insure there will be new generations of dog fanciers.

Certainly how many Best in Show, National Specialty winners or champions produced over decades shows a high level of passion for purebred dogs. Records are records. Many in time can be broken. But leaving one’s respected legacy in your breed should not be overlooked.

In addition to breeding healthy dogs, I would like to know whether a Breeder of the Year is actively working toward reducing the number of dogs given up to shelters. That person should also set a good example of responsible dog ownership in his or her community – and beyond. And that person should also demonstrate his or her concern for breeding dogs with the best dispositions possible, understanding that most of the puppies will NOT go to conformation show homes, but to “pet” homes or to those of us who compete in other dog sports such as obedience, agility, scent work, and so on.

© Dog News. This article may not be reposted, reprinted, rewritten, excerpted or otherwise duplicated in any medium without the express written permission of the publisher.
Fri, 11/06/2020 - 3:38am