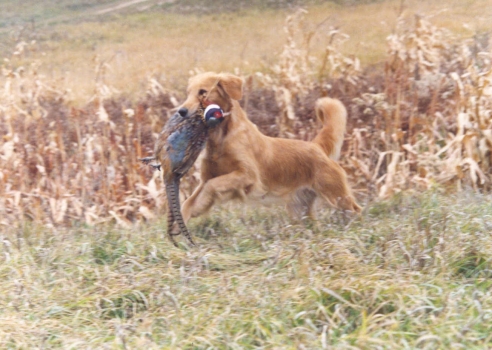 For years, with many breeds, Sporting breed people had to make a choice: You could have a pretty dog that was a lousy hunter or an ugly dog that would hunt.

Actually, they weren't all that good ...
By
M.J. Nelson

Put any group of Sporting dog, Terrier or Hound owners together who have actually hunted with their dogs, and usually after the wine had been flowing freely for a while, they’ll start reminiscing about the “good ole days.”

Invariably those days were always cloudless and calm, except when hunting waterfowl when overcast and wind were needed. There were monster flocks of birds that flew faster than speeding bullets; the bunnies and jackrabbits ran a hole in the wind, and the tunnels occupied by the rodents, fox, badger or what-have-you stretched halfway to China. Additionally, if the group is composed of Sporting dog people, the guns always came up perfectly, the gunner was on target, and the dogs were flawless retrievers, flushers and pointers.

While I’m happy to join in these bull sessions and provide a few (tall) tales of my own, in my heart I know what’s being said is exactly that – a whole lot of bull. Because I’ve been afield or in the marshes during what most people would consider to be some of the “good ole days,” and I’m here to tell you that they weren’t all that good.  The memories you hear in these alcohol-fueled confabs are selective, and when you remove the rose-colored glasses, a much different set of images emerges. 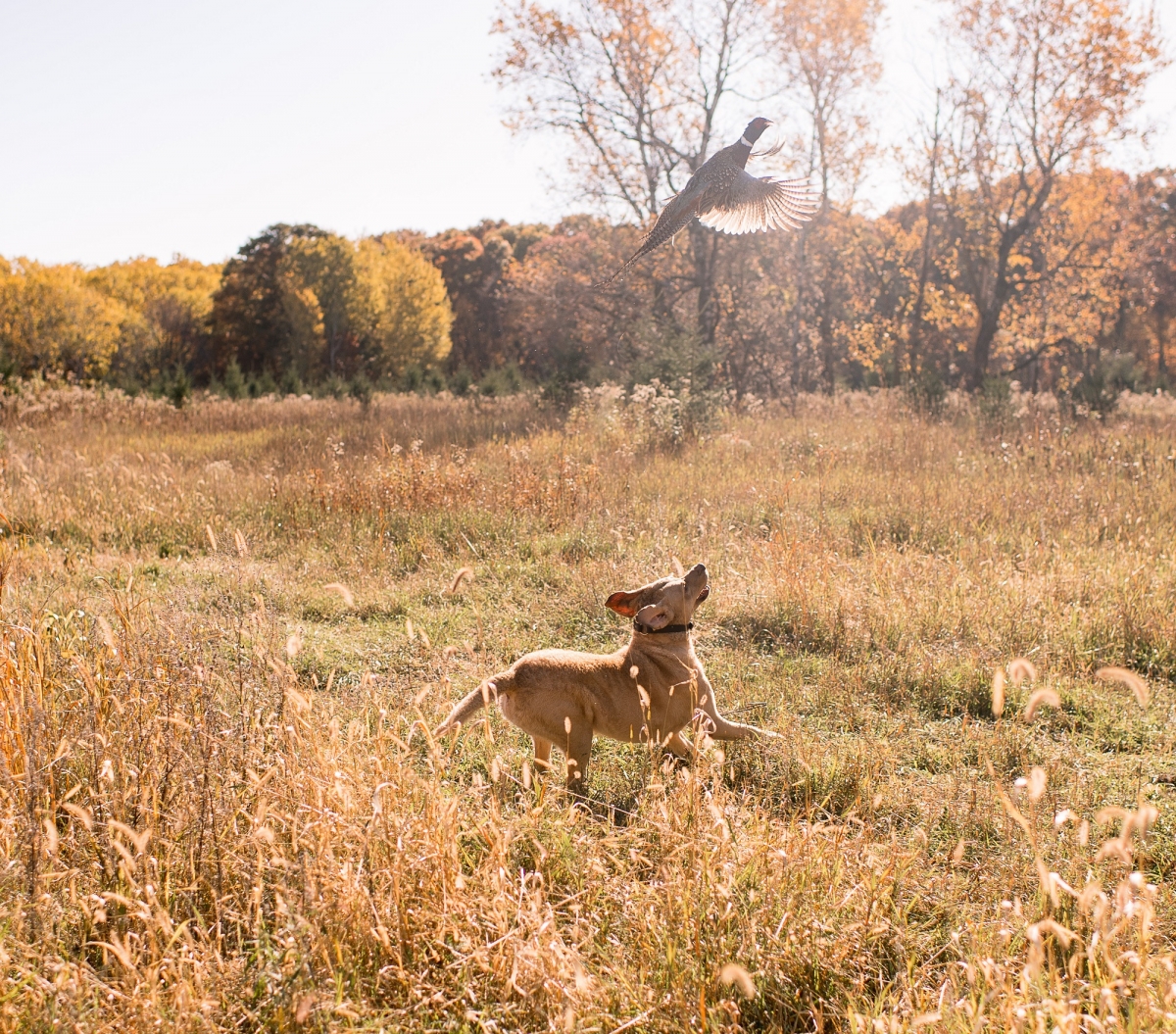 Selective memories say that in the “good ole days” the ducks and geese always decoyed, the upland birds flushed harder and flew faster, the bunnies and rabbits ran like their tails were on fire and all the dogs were bird/game-finding machines. (Krista Smude, photo)

To name just a few things that are a lot better now than they were in the “good ole days,” let’s look at the equipment that was available back then starting with the clothing we used. Only a true masochist would want to go back to the days of uninsulated boots or the thick, waffled cotton underwear that produced torrents of sweat whenever you walked more than half the length of a football field followed by long periods of shivering because the clothing next to your skin was damp. While wool long johns kept a person warm even when dampened by exercise-induced sweat, they itched worse than a bad case of poison ivy.

Since we’re on the subject of itching, one thing that hasn’t changed since the “good ole days” is that spring or summer dog training or early fall hunts are often a serious test of one’s mettle with ferocious attacks by multitudes of insects and ticks. Determined to suck you and your dogs dry of blood, the former make a wartime airborne dogfight seem tame by comparison; the latter seem to be as numerous as the soldiers in a Roman legion. But now, instead of a very greasy, minimally effective, smelly compound known as “6-12” that we were cautioned never to use on animals, we have safe repellents for both ourselves and our dogs that at least deter the mosquitos, many of the biting flies and even most ticks.

Would anyone really want to relive the days of delicate glass-lined thermos bottles that you always dropped on freezing days when you would have traded your best shotgun – or more likely offered your first born – in exchange for a cup of something hot that wasn’t also laced with broken glass? While we’re on the topic of shotguns, there may be some folks who yearn for the days when semi-automatic shotguns ejected their spent shells by means of recoil only, but I’m definitely not one of them. Give me a gas-operated auto any day of the week and twice on Sundays. I blame my arthritic right shoulder on the pounding it took from my old Browning A-5. When that company brought out its first gas auto, I was practically first in line to make the switch and I’ve never looked back.

Sooner or later in these gabfests, the talk turns to the dogs of our earlier years, and without exception, these dogs were all “superdogs.” I attribute that to two things: One is the storytellers have consumed just enough of whatever adult beverage is being served to focus their wandering down memory lane only on the positive – and if it had been necessary to make a better story, they’ve provided some, if not considerable, embellishment. The second is they’re probably describing their first or second dog, and it’s easy to remember these dogs as much better than they actually were. I also contend that our expectations for our dogs were much lower in the “good ole days.”

I recall thinking I had the world’s greatest dog when my first Chesapeake Bay Retriever would actually swim out, pick up a duck and bring it close enough to shore so I could pick it up without getting too wet or muddy. All of my hunting partners at the time were equally impressed. Of course, it took most of a pocket full of rocks thrown in the direction of the downed duck to get the dog into its vicinity, but no matter – she “retrieved.” Today, if one of my Chessies gave me a sloppy performance like that, failing to make a solid mark or deliver to hand, I’d either be hanging my head in shame if I was solely responsible for the dog’s training or roundly cussing out the professional trainer who caused me to deplete my bank balance by having him or her train my dog. 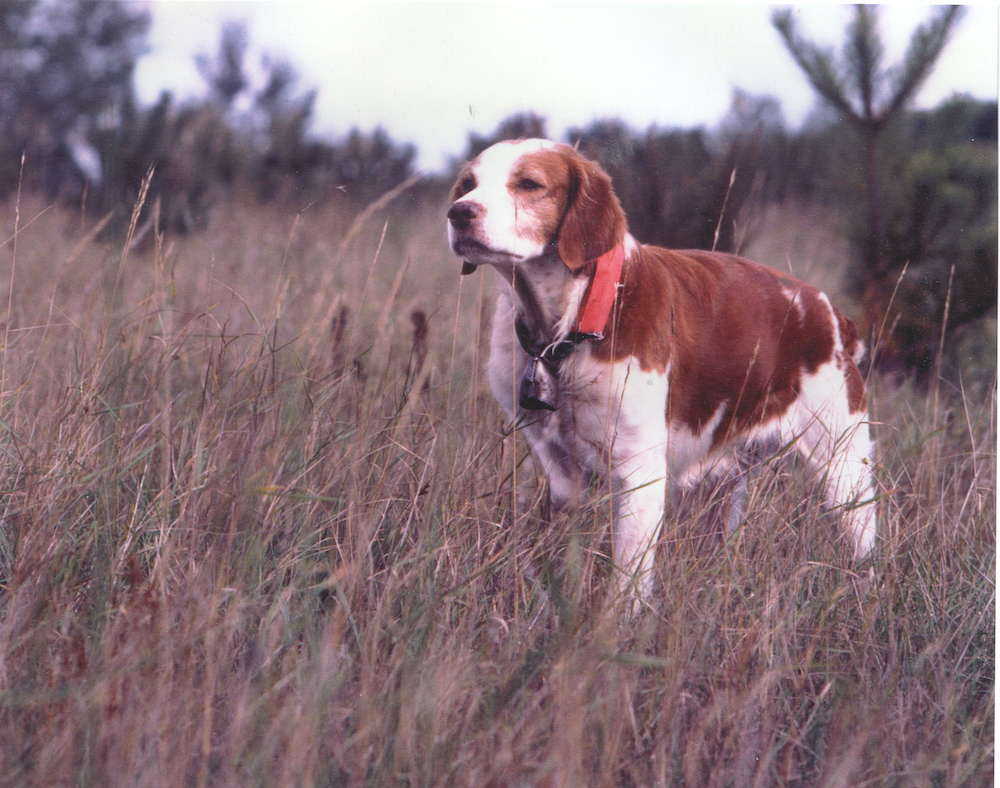 The result of increased genetic testing is healthier dogs with more able to live out their breed’s normal lifespan and do the job the breed was intended to do well into their geriatric years.

The advances in dog training in the past 30 years have also been nothing short of spectacular. Let’s be honest: Many of the methods used to train dogs 30 years ago were pretty harsh, and in some cases – particularly for retrievers competing in field trials –  downright brutal. They could be summed up in a single word – FORCE – meaning “you will obey my commands or you’ll regret it, assuming you survive.” Unfortunately some of that attitude still prevails, but many trainers have recognized the truth in the old adage that you catch more flies with honey than vinegar, and it applies to dogs as well as people. Persuasion works much better with most dog training than does pure force.

In the “good ole days,” you could have put a dog trainer on a medieval torture rack and never gotten them to utter the words “Good boy/girl.” The way a dog was rewarded for doing something correctly was not getting the living hell beat out of them or fried to within an inch of their lives by an electronic collar or peppered with birdshot. Thankfully, much of that abuse has disappeared from dog training, and the result is more willing, cooperative and happy dogs. 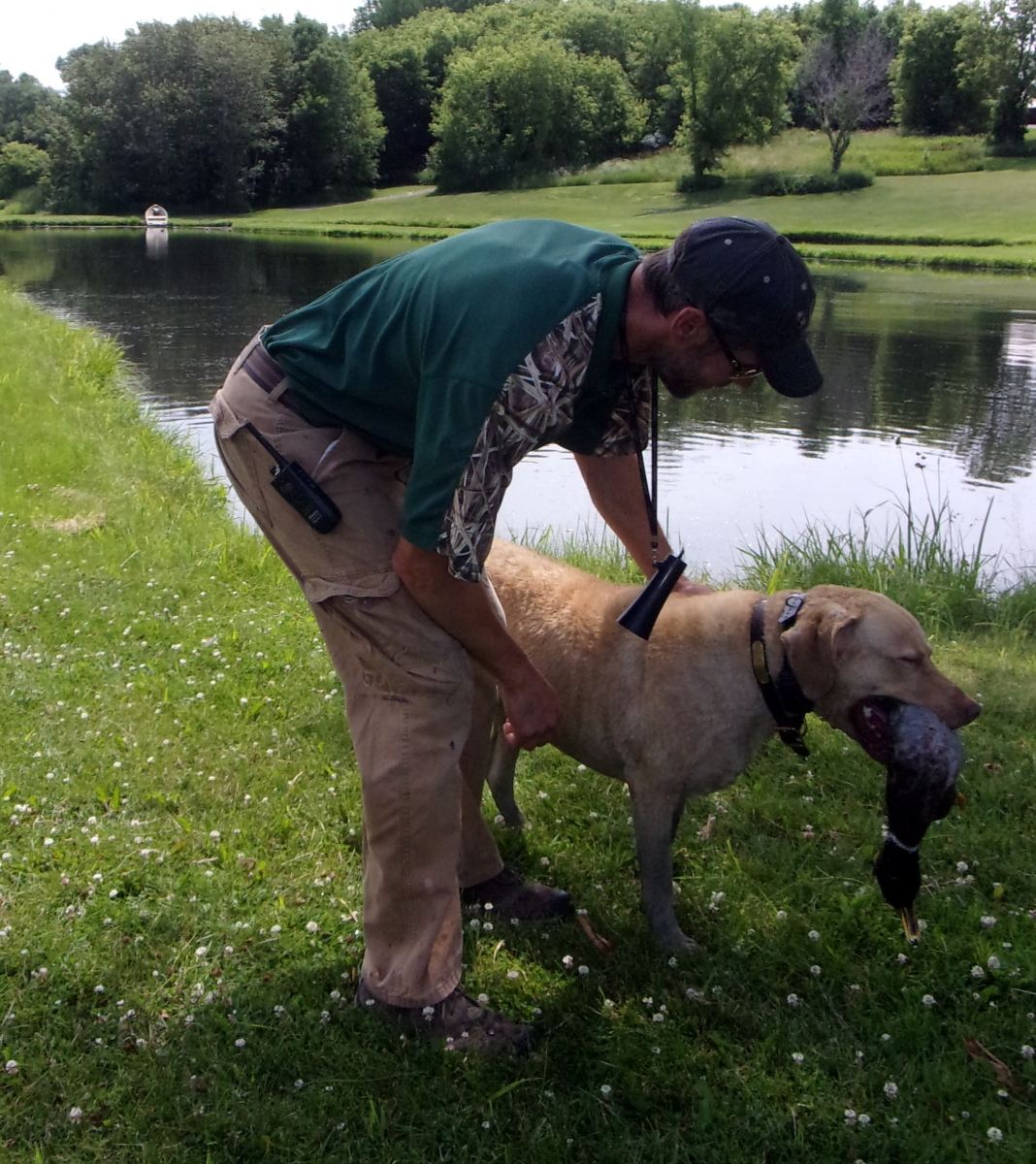 In the “good ole days,” you could have put a dog trainer on the rack and never gotten them to utter the words “Good boy/girl.” That has changed, and the result is more willing, cooperative and happier dogs.

That’s not to say that at least some force won’t be necessary in training, particularly with a hardheaded dog, but for many trainers these days force has become more or less of a last resort rather than the first technique employed to convince a dog to do something we want them to do. Of course, as new techniques have proven effective in dog training, we’ve also become better trainers, and in turn have become fussier about the dog’s performance, which means we’re not nearly as easy to satisfy as we were in the “good ole days.”

I would make the additional argument that the dogs are better than they were in the “good ole days.” For one thing, they’re more biddable. With many breeds, the work of careful and responsible breeders has lessened or even eliminated a lot of the hardheadedness in some sporting breeds.  There has also been a growing recognition among many breeders that it is important for the breed to produce dogs that meet both the conformation and the performance standards for that particular breed, that their dogs not only structurally sound but can also do the job the breed was intended to do.

For years, particularly with some of the Sporting breeds, you could have a pretty dog that was lousy in the field, or you could have an ugly dog that could hunt. Again, thanks to the work of some dedicated breeders, although there are those who would probably call them foolhardy, even among some of the breeds that have been badly split between “show” and “field” types, if you are persistent, you can find a pup that has both the beauty the breed standard calls for and the brains to do the breed’s historical work. There are even a few dogs within some of these split breeds that have achieved the pinnacle of a dual championship, and many others that are champions with a master hunter title. Irish Setters, for example, come immediately to mind. What’s more, there are many more breeds to choose from when seeking your canine partner than were available in the “good ole days” unless you were willing to put up with a long and costly import procedure. 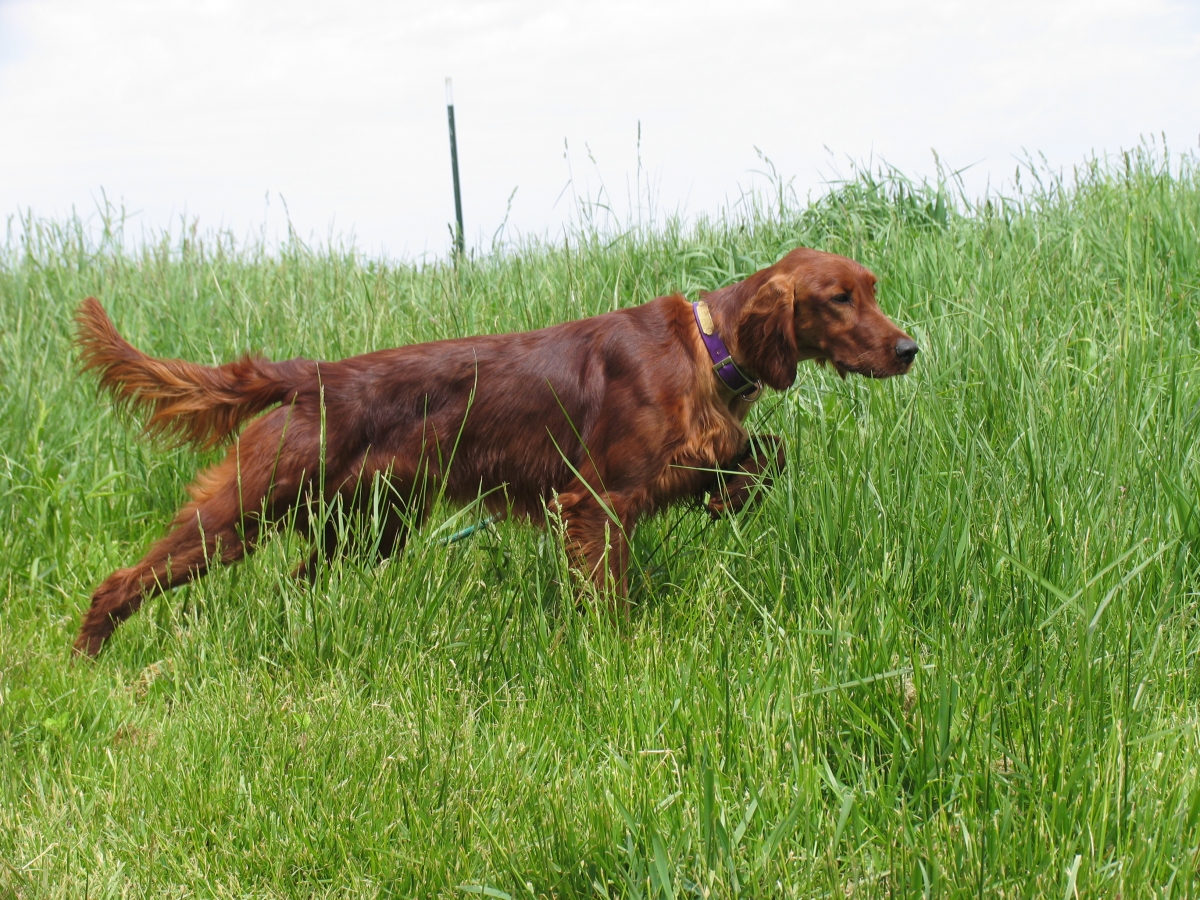 There are even a few dogs within some of the breeds split between “show” and “field” types that have achieved the pinnacle of a dual championship and many others that are champions with a master hunter title. Irish Setters, for example, come immediately to mind.

There is also much more genetic testing being done. Forty years ago, a responsible and dedicated breeder would have the dog’s hips X-rayed and eyes checked for PRA before placing that animal in their breeding program, but now there are a whole host of tests designed to detect a variety of genetic disorders. The result, I would argue, is many more dogs that are healthier and better able to live out their breed’s normal lifespan as well as do the job the breed was intended to do well into their geriatric years. In the past, I viewed the age of nine as the time for retirement for my dogs. The last half-dozen of my dog have hunted successfully and happily at 12, 13 and even 14. So while the dogs of today may not be magnitudes better than those from the “good ole days,” they are better. 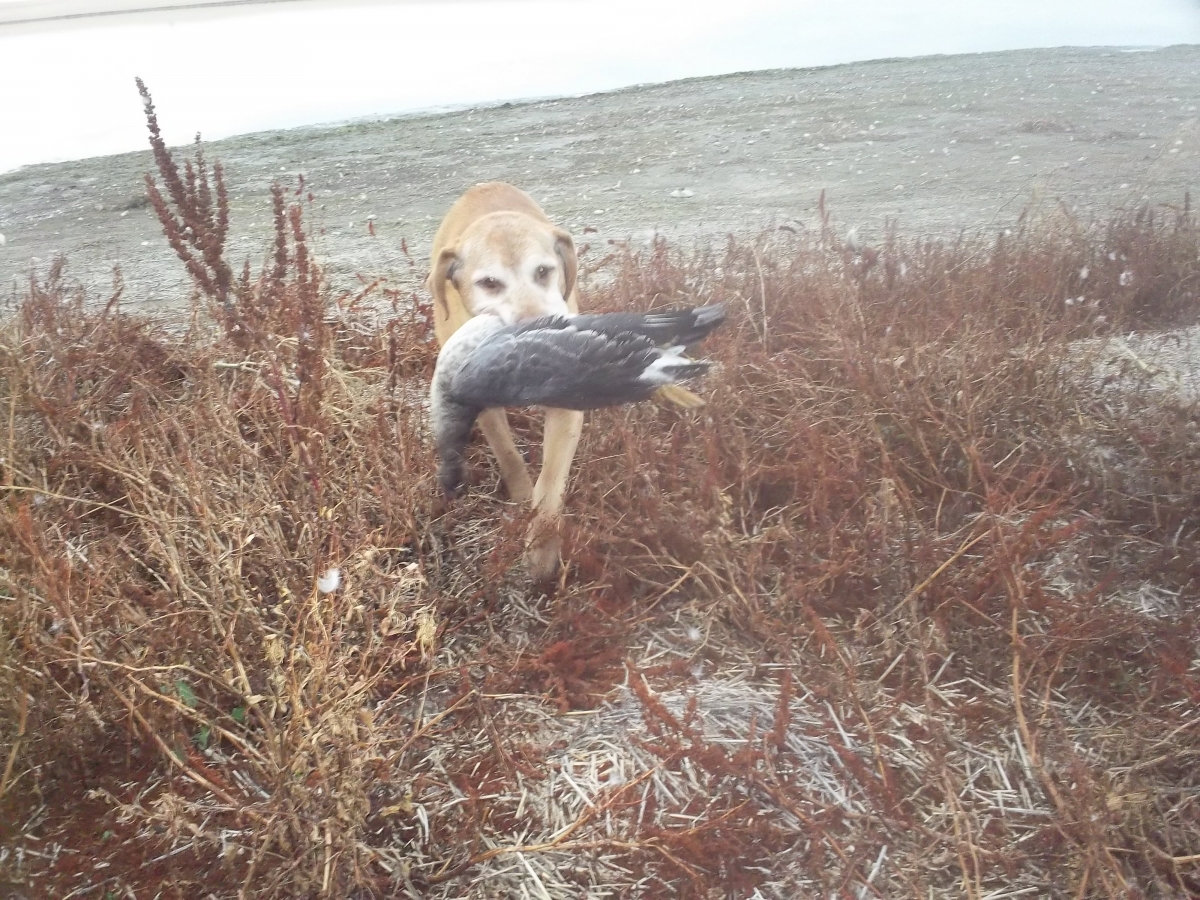 In the past, the age of nine was retirement age for a lot of working Chesapeakes.  Now many hunt successfully and happily at 12 and beyond.

The temptation, especially as any group of Sporting, Hound or Terrier people get deeper into their cups, is to see the “good old days” as an overflowing glass, but that view does a real disservice to what actually has occurred.  Things – equipment, training and the dogs themselves –are much better now than they were then.  Still, I’ll admit, it’s tough to get folks to focus on reality when you’re competing with selective memories where every retrieve, flush, point, capture or pursuit was a work of such sheer beauty and artistry that they were the stuff from which classic poetry and prose and great sporting paintings emerged. In those situations, not even a really harsh expletive delivered at Marine Corps drill instructor decibel levels will shock them out of their rosy musings so the best solution is simply to pick up the bottle and ask, “More wine, anyone?”

© Dog News. This article may not be reposted, reprinted, rewritten, excerpted or otherwise duplicated in any medium without the express written permission of the publisher.
Thu, 05/06/2021 - 9:22am