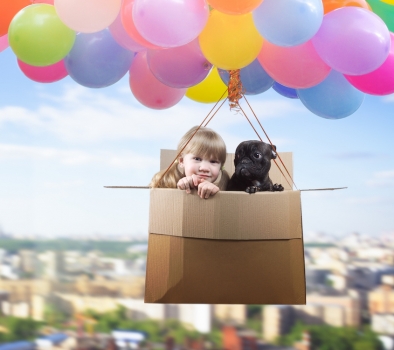 Time To Try Something New

The AKC Junior Sub-Committee was formed as a result of the AKC’s outreach to involve more Juniors – and, specifically, 4-H Dog Project members – into AKC events. While the inclusion of Canine Partners into Companion and some Performance events helped, still the overwhelming response from the 4-H community was, “Why can’t Canine Partners participate in Junior Showmanship since the dog isn’t judged?”

The Juniors Sub-Committee officially presented a proposal to the Board of Directors in November 2020. The proposal was printed for response prior to the vote and was brought forward to all the committee meetings during the November Delegates’ Meetings via Zoom. While open discussions were not held due to meeting being on Zoom, delegates and committees were encouraged to submit concerns via email to the chair of the Junior Sub-Committee or any All Breed Club Committee member.

No comments were submitted, pro or con, before the Board of Directors voted on the proposal.

The purpose of the decision is consistent with the purpose of Junior Showmanship “to introduce and encourage Juniors to participate in the sport of dogs; and to provide Juniors with a meaningful competition in which they can learn, practice, and improve in all aspects of handling and sportsmanship.” By being allowed to participate in Junior Showmanship, new Juniors with Canine Partners and their families can be introduced to the world of purebred dogs that we all love and feel so passionately about. New Juniors will be less intimidated to ask questions of exhibitors of their own age, and there will be an opportunity for existing Juniors to not only meet new friends, but to also act as mentors and further their own leadership skills.

Many people have questions as to how judging will be handled for Juniors with Canine Partners since the canine side of the team will not have a set standard to guide handling. The Judging Operations Department currently has a judging guide for each breed in Junior Showmanship (http://images.akc.org/pdf/judges/Junior_Showmanship_Judging_Guide.pdf). A similar guide will be provided to all All-Breed Junior Showmanship Judges for Canine Partners before the start date of the pilot program. If one looks closely at the current guide, there are many more similarities between breeds than there are differences.

The pilot program and resulting guide will be based on the 4-H Dog program model. 4-H Dog programs may vary slightly from state to state, but the vast majority of the activities available in the 4-H Dog program are based on AKC activities. Members may participate in Grooming & Handling (sometimes called Fitting and Showmanship) classes, Obedience, Rally and Agility, as well as General Knowledge. 4-H welcomes all Juniors and all dogs, regardless of breed or mix. However, dogs must not be aggressive and must be able to be controlled by the handler at all times, just like in the AKC Junior Showmanship ring.

The Grooming & Handling classes in 4-H are very similar to AKC Junior Showmanship. Handlers present their dogs as if they were presented in the breed ring – stacking and gaiting. The breed qualities of the dog are not judged. However, the effort put forth in presentation (such as nails being trimmed, clean ears, overall body condition, etc.) are judged. If the dog is a mixed breed, the Junior chooses which breed the dog most closely resembles, and uses the presentation guide for that breed as their “blueprint” or standard. Since the breed qualities of the dog are not judged in 4-H (or AKC Junior Showmanship), a dog of the wrong color, but of the right size and shape, should be judged based on its size and shape. Small dogs are examined on the table; medium and large dogs are examined on the ground. If there is a question as to if the dog should be examined on a table or the ground, the guiding factor is safety and the Junior’s ability to safely lift the dog on and off the table.

The aspect of judging a mixed breed with no standard on which to base presentation skills has been hotly discussed on social-media platforms. With clear guidelines set forth by the AKC Judging Operations department, the “breed presentation” aspect of judging should be practically eliminated. Juniors should have a basic understanding of general conformation faults and be able to handle their individual dog in the way that best minimizes those faults. Gaiting pace for any dog, even within a breed, can vary based on the individual dog’s conformation. Juniors (in either venue) should be knowledgeable enough to know the speed that best shows off their individual dog.

AKC Junior Showmanship is to be judged solely on the Junior’s handling ability and skills. While some of these do include specifics based on the individual breed, many of these skills are more universal and are based on the individual dog. All-breed Junior Showmanship judges are directed to become familiar with the presentation of every breed in their ring, but are also supposed to be impartial to the breed being handled. Judges are encouraged to watch the Junior stack the dog in order to get a sense of the rapport between the team.

Judges are also asked to judge the Junior in four basic areas: proper breed presentation, skill in the individual dog’s presentation, knowledge of ring procedures, and appearance and conduct. Three of these four major considerations for judging Junior Showmanship are irrelevant to the breed. The dog is more of a vehicle for showcasing the Junior’s ability to handle any dog the Junior may be asked to show.

Another major concern among those on social media is that the mission of the AKC – protecting purebred dogs – will be lost. We as a community should embrace this opportunity to introduce those Juniors and their families with mixed-breed dogs to the world of purebred dogs that we all love. Mentor these Juniors into looking for a purebred for their next dog. These young people could be the future of the sport or the next guardians for rare breeds in danger of extinction. Many of us find it hard to believe that there isn’t space for just one more dog in our homes, but sometimes families are not in a position to get another dog and do not have the contacts in order to add a dog on a co-ownership when just starting out in a new venture.

Tiffany Cardin, a former AKC RHP apprentice, sums up this situation with her own personal story. “I was 15 when I learned about AKC events, and I was 15 when I knew I wanted to be a part of it all. One thing, though: I owned a mixed breed, and my parents already had a hard enough time allowing me to have one dog! I could ‘co-own’ a dog that didn’t live with me and already had experience in the show ring, but I didn’t want that. I wanted to have a dog that lived with me that I worked with and trained myself.

“It wasn’t until I was almost 18 when I met my first Norwegian Elkhound that was my gateway into the show ring,” she continues. “By the time we had proved we were a great team in the ring, I had aged out of Juniors. If I had been able to show my own dog back when I learned of Junior Showmanship at 15, who knows where I would be now. I could have gotten to work with a professional handler much sooner than I did. I could have learned more handling skills that would have helped me with client dogs. I could have had so much more confidence in the show ring. [Allowing] Canine Partners into Junior Showmanship [will] bring the exact young crowd we need to keep the dog-show world alive. And I, as a member of part of the younger crowd, would like to make sure the sport sticks around so I can continue to be a part of it.”

“I believe that children in all the Novice classes should be allowed to use the dogs they have. Once achieving Open status, the goal would be to have them immersed in the sport and able to research and find a purebred they can learn and grow with,” he continues. “The sport is dying due to lack of participation and support. We, the exhibitors, breeders, owners and handlers, need to diligently work to welcome and grow the future generations. This pilot program is a first step. Logistics will need working out, but with growth comes innovation.”

Taylor Johnson, a current Junior who is 13, agrees. “I personally think that this will help the sport grow,” Taylor says,” and do tremendous things for the sport’s future.”

This pilot program is an opportunity to bring purebred dogs to a new group of potential fanciers and bring a new group of young people into the sport. It's a chance to explain how kennel clubs aim to promote responsible dog ownership and how specialty breed clubs have been instrumental in funding research to help not only dogs, but also people, live healthier, happier, longer lives. And who knows, maybe that Junior with the mixed breed will be the next great advocate for purebred dogs and preservation breeders.

© Dog News. This article may not be reposted, reprinted, rewritten, excerpted or otherwise duplicated in any medium without the express written permission of the publisher.
Thu, 02/18/2021 - 6:14am