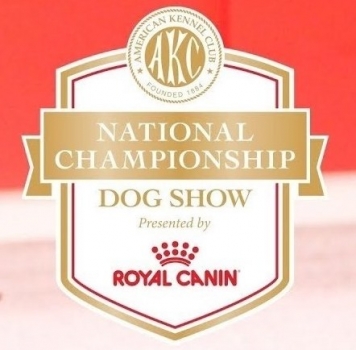 What was your impression of the AKC National Championship dog show?
By
Eugene Z. Zaphiris

I thought the AKC National Championship was a huge success. Great entries, good crowd and it was nice to see dogs from all over the world competing. That makes a huge difference to me as I can see what is upcoming and what dogs I have admired are producing. Even in breeds I don't breed, I am still curious as to what similarities offspring of different producers have. All in all, I think it was a great show as we come into the "new normal" around the world.

I think it was the best televised dog show I’ve seen. In three hours, we were able to see all the breeds in well-edited exams/movement and group placements. The commentators were able to come up with some facts about the breeds that we don’t hear time and time again, and of course, none of the annoying cutsie bits that are included in other broadcasts.

It was beyond fantastic. There were some of the best dogs in the country competing in conformation and performance! I enjoyed the speakers, vendors and meeting new people and connecting with friends.

The only downside to this show and cluster is the time of year. It was a week before Christmas, which is such a busy time for all; airfare and everything else was astronomically expensive.

It is a spectacular event. Between the AKC and the Royal Canin people, it is a huge undertaking, and they knock it out of the park!

What a lame question to ask a Bulldogger. It was fantastic! Perfect!

I thought Tom Davies did a great job on the Herding Group. I did not care for the Georgia Bulldog that went BIS — I am a Sooners fan.

From a judge’s point of view, the whole week gives one the opportunity to evaluate some of the best dogs in the world, or attend seminars that are always well run, at a show that is run efficiently by the superintendents, club members and facility's staff. You get to see many, many friends and enjoy some delicious restaurant meals. Plus, walking 25,000 steps a day ... great exercise!

I loved the show — it was great! My only complaint was group rings not starting on time. I was in Toy NOHS and had to miss showing my puppy in the Puppy Group. Otherwise, it was a wonderful show with wonderful friends

© Dog News. This article may not be reposted, reprinted, rewritten, excerpted or otherwise duplicated in any medium without the express written permission of the publisher.
Fri, 01/13/2023 - 10:47pm