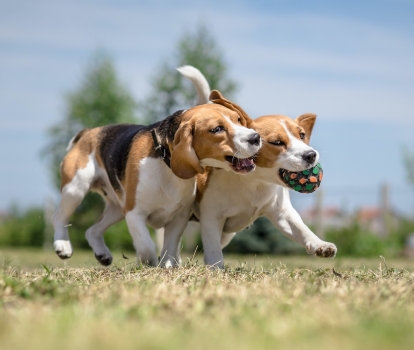 Two national specialties in a year -- too much competition?

COVID catch-ups aside, some parent clubs are holding two national specialties within the same calendar year – some on the same weekend or even the same day. The rules say they can – but should they?
By
Eugene Z. Zaphiris

I guess it's because I am a "lady of a certain age" who came along in dogs under the reign of the "old guard" – but I think ONE national specialty should be the order of the day. Actually, I am not even in favor of having multiple "host shows" beforehand. By the time the day of “The National” comes along, people and dogs are exhausted and it's sort of "stale news." The excitement of seeing the products of breeders’ efforts for the year seem to be lumped into a daily parade of several judges’ opinions. I know, I know … The argument that people come from long distances and it costs big bucks and several chances for majors, etc. But I always have that feeling that "The National" loses its identity, so to speak, and becomes just another specialty show at the end of the line. The spark seems to be gone.

In my opinion, “The National” of any breed should be days for education, observation and social events where folks can exchange viewpoints, look at puppies, review the history and "the greats" of their breed, note the changes in "styles" that may have occurred for better or worse, and give the newer people the advantage of time and a more "solid" background to go on with if they so desire. I think time for sweepstakes and futurities is so important as well.

If you have joined a national club, you should be prepared for this annual event if you plan to go and be willing to participate and assume some task to help make it a great success and a showcase for your breed. This is just my opinion, and I think this is a great question!

ABSOLUTELY one National Specialty per year! All that it means and carries should bring glory beyond ANY other win during a year for each specific breed. Cutting it into pieces TOTALLY reduces the importance of a win that should be the most coveted award that can be achieved by any dog. There can never be a justifiable reason for reducing the value of this one SENSATIONAL win!

Any specialty that is well done requires a lot of manpower. National specialties require even more manpower to be well done. If the club has the resources and the manpower to make the specialty special, I agree they should be allowed to put on two specialties within a year.

We have rare breeds that have no regional clubs or perhaps only one or two. Specialties offer the opportunity to see their breed from all parts of the country, to further their education in their breed, to compare their breeding program to that of their peers.

I personally don't like the idea of two national specialties in a year, and certainly not two on the same day! It dilutes the win. Reminds me of all the Select This and Select That. Either you're Best of Breed or you're not.

Simply, no, because the whole point is to honor a special representation of each breed over time by the parent club. Not back to back on the same weekend, or same day. I have witnessed this at specialty shows, but not national specialties, which would be more of a misrepresentation of the breed for that year, especially if the same dog is put up.

Because of COVID restrictions there have been many changes in procedures; however, the intent of a national specialty should be held to the highest representation of the breed standard for each calendar year.

No, they should NOT. What's the purpose of a national specialty? To recognize the BEST dog of that breed nationwide as determined by open competition as much as possible for that year. How can you have two best in the country in one week or one day? Just exactly what does that demonstrate? That the decision depends on which judge is in the ring? Certainly nothing positive except for the one dog who gets chosen second. In fact, it behooves the first winner to withdraw from competition. I may be too strict on the matter, but I do not favor Top 20 contests for like reason. Which dog is actually Best of Breed at the national specialty?

Each parent club knows what is best for it, or at least let's hope so. It would be a decision best made by a majority vote of all the members.

No matter the rules, those wanting to have multiple breed-club nationals do not really want to acknowledge a winner under that particular judge on that particular day in that particular year. They use excuses that it’s too expensive, too far, too inconvenient, etc. Since when has ANY national specialty or major show been close, inexpensive or convenient for EVERYONE? Now, to suggest two nationals in the same week or day ... Ridiculous! OK ... there are some breeds that are so small in numbers that a designated all-breed club might be the best situation, but that’s usually within a cluster week of shows, so it too gets lost in the crowd.

There are already local specialties held along with breed nationals for some clubs, and quite frankly while they offer more chances under more judges, they also serve to downgrade the actual national win. My own national breed club has two specialties within the same week as the national under the premise that those specialty clubs did most of the work to put on the national, so they should profit from those dollars spent. I do not agree: Those dollars should be spent on the national, as many times the national breed club goes in the hole financially while the local club treasurer walks away smiling like a Cheshire Cat. And our committee workers are volunteers from all over the country!

Many see the nearly 10-day event as a cluster of activities for our breed, but in my opinion they do not understand how much they are damaging the actual conformation national specialty.

Although the question pertains to national specialties, I believe that it is applicable to all-breed shows as well.

Breed nationals were always that once-a-year special event to meet with icons in the breed, share information and see the best of the best. By diluting that (meaning, more than one national per year), a disservice is done.

The national becomes no more than another dog show with the addition of majors.

I have noticed the specialty shows within all-breed shows – giving the winners the opportunity of picking up two, sometimes three majors in one day. The holding of two shows in one day also gives the winners additional opportunities, as do two shows during the day plus specialties at night. And on and on.

Will owners be able to start and finish a dog in one day? How does this benefit the sport of purebred dogs?

© Dog News. This article may not be reposted, reprinted, rewritten, excerpted or otherwise duplicated in any medium without the express written permission of the publisher.
Fri, 09/17/2021 - 12:46am