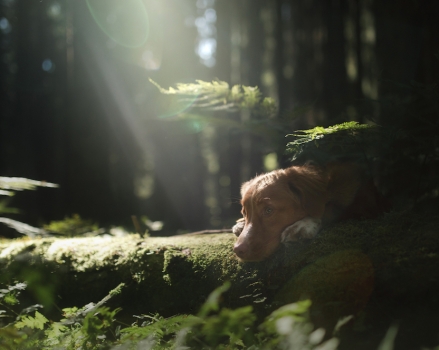 Common Sense — Not So Common

Surely, in our dog-show community, that's not true. Right? Right?
By
Sid Marx

As I get older, it becomes more and more clear to me that common sense is no longer so common. There has been no shortage of newspaper articles and "exposes" to be found in the news about politics, wrong-way drivers and just plain stupidity to lend credence to that statement. But surely, if we confine ourselves to our dog show community, that would not be true. Right? Nope! Guess again.

Because the dog show community is truly a significant part of our lives, when neither of us is judging, Shelly and I will often steward for clubs in Arizona. As I have told many people, one of the reasons we moved to Arizona from Colorado is that I couldn't stand watching Shelly shoveling snow anymore. Yes, there are many people in the Centenniel State that I miss a great deal, but I certainly don't miss the winters or driving in snow and ice. Granted, it gets a bit toasty in the summer in Arizona, but the winters are wonderful.

Although the average winter temperature in Arizona is 70 degrees, the cloudless skies often make it feel considerably warmer than that. Judging by what I saw at some of the recent Arizona shows though, that message has not gotten through to a lot of people. How people can stand out in the sunshine with no shade, with their dogs standing with them is beyond me. Hey, folks ... when dogs are standing there with heads down and tongues hanging out, they are trying to tell you something. Find shade somewhere, get under a tent, or get a fan going on your dog. Taking care of your dog is priority one. Common sense! 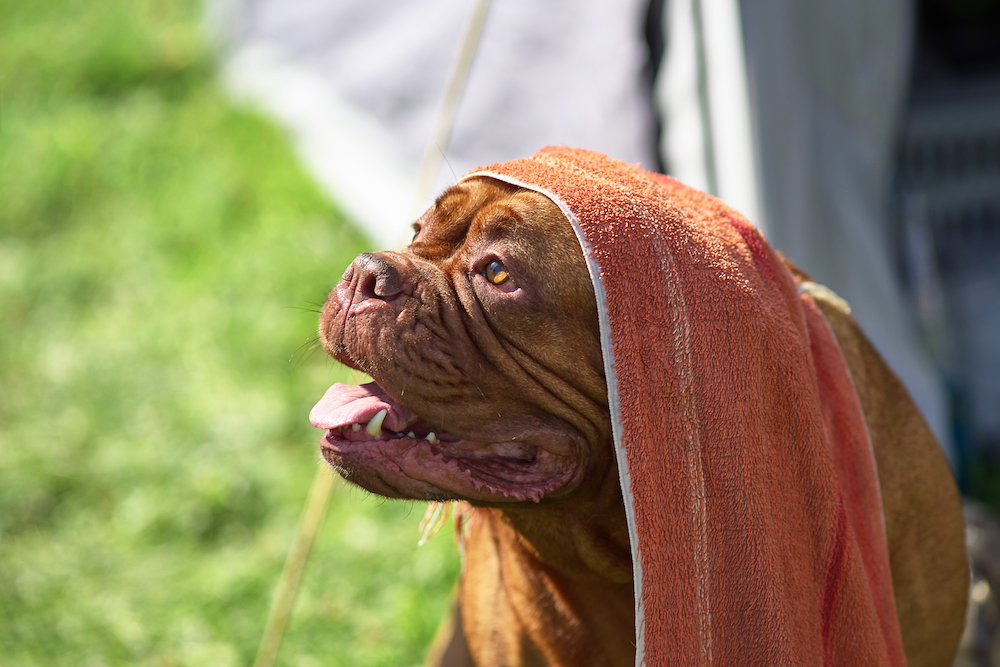 It just makes sense: Keep your dog cool before he overheats!

As long as I am talking about dogs standing there, why are there so many people who insist on crowding and standing bunched up in front of the ring entrance, making it difficult for dogs to get out of the ring and the next class in? I have been going to dog shows since 1963, and one thing that has not changed is the apparent necessity for some exhibitors –professional and amateur alike – to congregate in front of the ring entrance, making it practically impossible for dogs to enter or exit the ring without some dogs coming nose to nose or bumping into each other. Absolutely no good can come of this, and the possibility for poor behavior is magnified.

Taking it a step further, we all love our dogs and most of us trust their temperaments, but not all dogs may be as friendly as yours. I know that your dog is perfectly behaved, but not all are, and some breeds don't need the added stress of being bumped and being face to face with another dog. And as if this is not bad enough, why are you giving your dog a lot of lead to allow it to sniff at – or worse, jump at – other dogs? By the way, more often than not it is the owners of small dogs who do this because "he is just trying to be friendly." And when the bigger dog takes offense and grabs your dog, who gets hurt and who gets in trouble? Common sense!

Congruent to these actions are those of the people who leave dogs in crates who either bark or cry incessantly or – worse – also lunge and growl at every dog who passes by. What does this accomplish? Simple – it increases unnecessary tension at the show and scares every puppy or insecure dog that goes by. What is so hard about covering the crate, or better yet, not leaving it alone or ... here's a thought – train the dog properly? The dogs who bark and whine constantly are unhappy and also stressed out. If they are not ready for a show, don't bring them and then just leave them. Common sense. 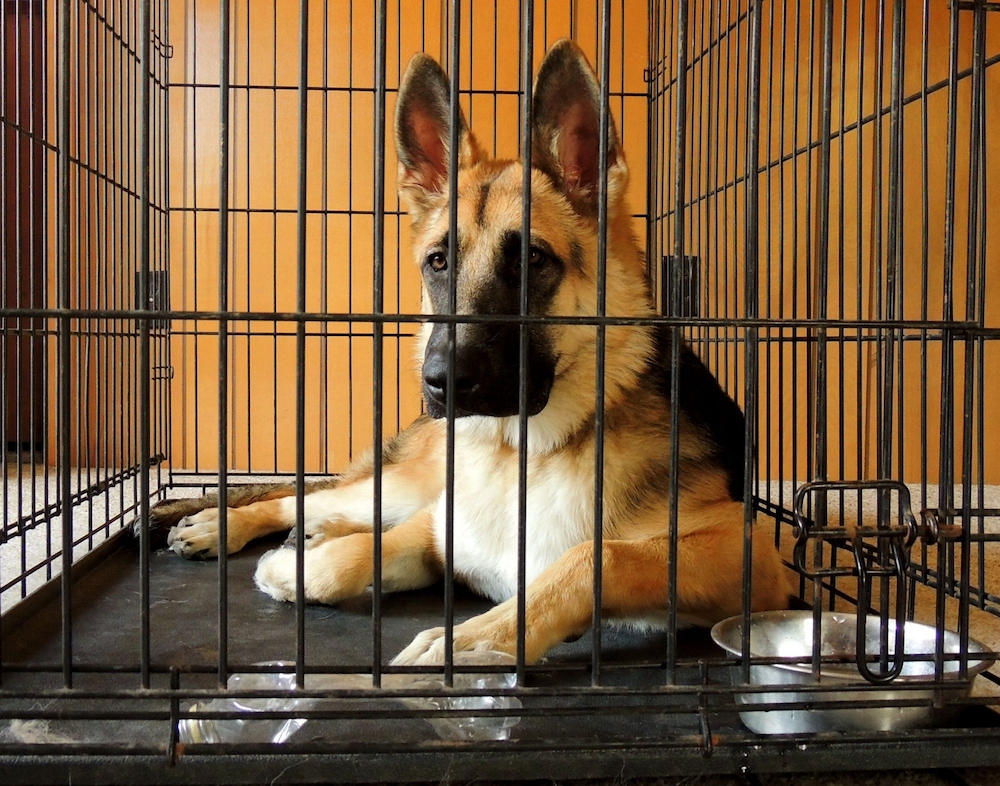 Like any tool, crates must be used properly, and that includes proper supervision.

It is not just other dogs that need to be kept under control. Consider this Facebook post, "Just a bit of feedback on what I experienced yesterday at a dog show. While waiting for owner handle group at an outdoor ring. I was walking to the ring on the walkway with my dog. For some reason he's gotten skittish of golf carts, bikes scooters etc. Well, there was this young boy, about 10-12ish that was going in and out of people and their dogs directly in front of the OH ring on his Razor scooter. He approached me and my dog from the side, my dog tried to run away, and the kid almost ran over him. I immediately yelled at this kid to watch out and to please go ride where there are no people or dogs that could get hurt. He just stopped and stared at me, then went along continuing riding. After that my boy had his tail between his legs as I had to walk him off to the side where no one was. I understand people take their bikes, scooters etc. to get around the grounds. That's all good. But little kids riding around in between people and dogs just to play isn't a good idea. A dog gets hurt; the person on the scooter will be paying vet bills. I don't want people to think the world revolves around me. It's just that a dog, especially a small one can get seriously hurt." Common sense.

Part of a professional handler's job is to see that the dogs under his or her care is well-taken care of, trained, and shown to its best advantage. I think we all agree that owners expect some positive results - as in winning - whether that is points, Best of Breed, or Group placements. So, wouldn't it make sense for a professional handler to do everything reasonably possible to have judges have a good opinion of that handler? So why would a true professional show a dog that is obviously not even close to being of sufficient breed quality to be shown? Yes, I have heard the expression "gas dog," and I think it is a terrible practice.

We all know the normal judging procedure, and it has been established to allow a judge to make decisions based upon what his hands tell him as he examines dogs, and what his eyes tell him as he watches the dogs move. Movement tells a judge more than whether a dog is cow-hocked or crosses in front or rear; proper reach and drive (not tremendous) needs to be combined with a balanced, rhythmic cadence to display a dog that is in harmony with itself, indicative of proper structure. For some breeds side gait is most important as often described in the standard – and with an understanding of the breed's function – as perhaps the most important way to judge a dog. This being the case, why would you continue to hold your dog back when he wants to move out, or show a "movement breed" when you are not physically able to do so? Common sense.

At a recent show a breeder-owner professional handler asked me to write about the importance of breed judging as opposed to group and Best in Show. I have commented on this often, wondering if a club could succeed these days with a show that stopped at the breed level. Many people have said "No," and I still think that is a shame. Be that as it may, for me, breed judging is still the essence of what this is still supposed to be about. We all have heard about "Group Dogs." These are supposedly dogs who stand out more in the Group ring than in the breed ring – often being somewhat bigger than a "breed dog." But that doesn't change the fact that although we are far removed from how dog shows started, we still should be trying to find the correct "breed dog." Bring your dogs up to the standard – not the standard down to the dogs.

As long as I have your attention (maybe?) there are a few breeds who talk about the importance of the dog's coat being presented in a natural or "tousled" condition. I don't think, however, that tousled means dirty! Common sense.

© Dog News. This article may not be reposted, reprinted, rewritten, excerpted or otherwise duplicated in any medium without the express written permission of the publisher.
Fri, 02/28/2020 - 5:25pm