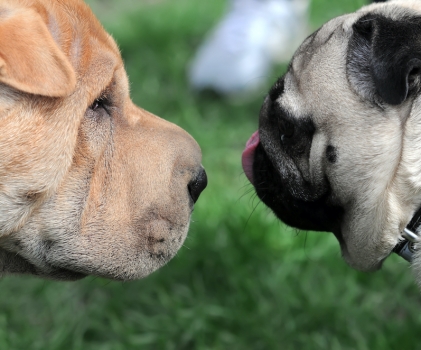 In articles I have written over the years, I have discussed the roles of the various “players” in our dog-show community. I think it is high time that we now consider the AKC Conformation Field Representative.

As with many things, the perception of the “rep” changes depending on your position. We have all heard stories and comments – both positive and negative – about various reps, just as we have about exhibitors, professional handlers and judges. As with most things, there is usually more than one side to the stories we have heard.

First, let’s consider the stated duties of the conformation field representative. According to the AKC, conformation representatives serve “as a liaison between clubs and the AKC. Field Reps provide show committees, exhibitors, breeders, judges and novices with information regarding rules, regulations, policies and procedures. They also assist in judges’ education and the judging approval process.”

As you can see, the rep “touches” and has a role with every other “player” at our dog shows.

For the show chair and show committee, the AKC rep can be a very valuable source of information and assistance. When a new show site is chosen by a show-giving club, an AKC rep is usually consulted, and may inspect the site to see that it will be a workable, safe location for a show. Often, a rep may make suggestions to make the location more exhibitor friendly, or may give an opinion as to whether the site should require a limited entry.

During the show, the rep helps to see that the show runs smoothly. He or she will usually help to settle possible disagreements between exhibitors, often helping to work things out before they escalate into bigger issues. Should an issue reach the point where a bench committee hearing is called, the rep will usually help to ensure that the committee understands the proper procedures required for the hearing. In short, the rep can be the catalyst for a smoothly run, enjoyable show. Ask any show chair who had an “issue” at her show if she would have liked to have handled it without the aid of the AKC rep.

The rep is also a resource for exhibitors who have questions (or complaints) about their entries, a judge’s procedure or another possible conflict. At some shows, the rep holds a short “introduction to dog shows” for new exhibitors, to help them understand how a dog show works. He or she often handles complaints, and works to see that they do not escalate.

When it comes to judges, the AKC rep performs many functions – not all of which are equally palatable to the judges involved. There are times that a rep will address all the judges before the show starts to advise them of a rule change, a mistake in the judges’ books, or anything new that may have an effect on their judging. For example, when the NOHS first started, the rep would meet with judges before the show to remind them how this program was supposed to work. (Unfortunately, there are still a few judges who do not understand this.) Although all reps did not see this program the same way, the discussion before the show was helpful.

Whenever a judge calls for the wicket or scale to measure or weigh a breed that has a height or weight disqualification, the rep stands ringside to observe that the procedure is done properly. If a dog is disqualified because of aggression or a bite, the rep is always present to make sure the paperwork is completed properly, and often then explains the ongoing process to the handler/owner of the dog being disqualified.

When a judge is assigned to judge a breed for which he or she is “permit,” the Rep will try to observe the judge. In order to be granted “regular” status for a breed, a judge needs to be observed judging that breed a number of times. (Except for low-entry breeds, which may be granted after six assignments, even with no entries.) After the judging, the rep and judge meet to discuss the judge’s choices and the reasons for them. The rep then writes up a report stating that the judge has done this successfully or may need to stay on permit for this breed a little longer – or even may state that the judge needs further education in the breed. Naturally, this is not one of the rep’s duties that are universally loved by all judges. However, it has been my personal experience that if a judge knows the breed well enough to make sensible decisions – based on the standard – and can explain these decisions, there is not a problem.

When a judge applies for a new breed(s), one of the steps is a meeting with an AKC rep to discuss the breed(s) for which the judge has applied. For many judges – perhaps most notably newer ones – this is a terrifying experience. In my experience – with most representatives – if the judge is prepared to judge this new breed, the interview should go smoothly.

I know of a judge (since I am married to her) who was really nervous about being interviewed by one of my favorite people, and one of the best AKC reps ever – Sue Vroom. Sue was an imposing figure, and Shelly was feeling a little intimidated. I was not worried because I knew Shelly was prepared, and knew the breeds for which she had applied.

Finally, the time for the interview was at hand. Later in the day, I ran into Sue, and she told me she was a little concerned when Shelly told her she wanted to do a “compare and contrast” for the breeds, since this sometimes can get you into trouble. But, as Sue said, Shelly hit all the key points exactly, and had done a great job. There were many times I would just sit and talk with Sue about breeds at a show. I miss that, and I miss Sue.

I have friends who were former AKC reps, and I can assure you that reps have even more work – lots of paperwork – during the week, after a show is over and before the next one begins. I also think this position could be a lonely one, since most reps do very little socializing while on the road – not wanting to appear to be partial to anyone.

Of course, as with anything, there are good reps and poor reps. My definition of a “poor rep” is one who sees the position as the opportunity to flex his or her (imagined) muscles. Fortunately, in my experience, this type of rep is few and far between. A good rep is one who understands that it is his or her duty to be a resource to all the players at a show. A good rep – like a good handler – is not noticed, but does his or her job efficiently.

© Dog News. This article may not be reposted, reprinted, rewritten, excerpted or otherwise duplicated in any medium without the express written permission of the publisher.
Fri, 02/04/2022 - 2:14pm