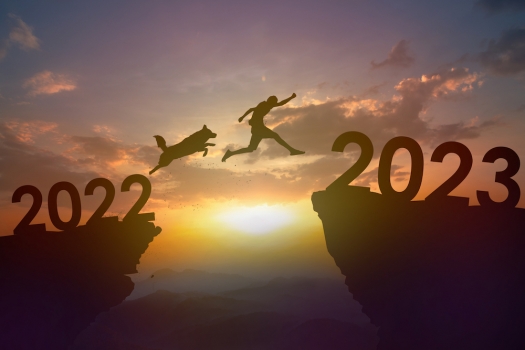 Never mind the diet: Resolve to be a better fancier instead
By
Sid Marx

As the new year approaches (is it really going to be 2023?), I think it is appropriate for us to make our resolutions for the New Year and going forward. I don’t mean losing weight or quitting smoking or any of the others that don’t last more than a month. How about considering changes that might improve our enjoyment, lifestyle and that of others in our community?

My wife and I recently watched a TV series based on the cowboy-reining championship competition to determine the 10 to 16 riders and horses who qualify for the “run for the million.” This competition is very similar to ours since it combines human and animal in partnership and in joint competition. Certainly, the money involved is significantly more in the equine world, but all things are relative. This competition featured some of the very best riders and horses from around the world – much like some of our very top shows: Westminster, AKC National Championship, Montgomery and a few others. But as we all know, every show and every competition are important when you are immersed in them.

One rider talked about the difficulty – and the joy – of “teaching a living, breathing creature.” He talked about how hard it was to find the horse that has the heart and the brains for this level of competition. Can the horse take the pressure? Can you? “Without the right horse we are nothing,” he says. Sound like how we feel about having the right dog – and that just might mean the dog with whom you have built the best relationship. And the riders agree that “the going and the showing are just the icing on the cake.” One of the best riders in the world – Craig Schmersal – said, “It’s not the will to win that matters. Everyone has that. It’s the will to prepare to win that matters. Play hard and chase your dreams.”

As one of my favorite people said, “The ‘fun’ part of working with a living animal is the dance that you get to have with them every time you step onto your designated stage. Whether it is a dirt arena, rubber-matted ring or grassy bird-planted field, our collective visions for greatness are the same – to watch our dogs shine.”

One thing that became very clear watching these amazing horses and riders was each rider’s reaction to not qualifying or scoring lower than hoped for. Each one just wanted to be left alone for a few minutes to let the emotions cool down. No one had their partner – parent, spouse or significant other – approach immediately to tell them what they did wrong or to critique the performance. None blamed their horse. How many times have you seen those exact opposite things happen at the dog-show ring when the partner thought that was the best time to share his or her opinion?

A friend shared this experience with me: “At a regional specialty there was a five-point major. The judge pulled two class-winning bitches out to decide on Winners. One was put up front for what looked like the final choice, and they went around. The one in front ‘won’ the movement comparison, but then blew the free stack when they stopped. The judge pointed to the other one, who nailed the stack. (OK, his choice.) Within five seconds, the wife of the (now) Reserve bitch was accosted for being a bad sport because she wasn't visibly happy for the winner. Wife said later, ‘Could I have 10 seconds to recover first?’"

This could be resolution number one: Critiques or input should be saved until much later – maybe after dinner – even if the participant asks for it right away. The emotions and feelings of hurt need time to cool down.

Many of the riders were interviewed much later and espoused the idea that winning, losing and their responses became mental issues. Most talked about learning from this experience, then wiping it clean and move on. Those who have competed and had their hearts broken know how hard this is – but how very important to be able to go forward.

Have you ever known those competitors who always blame not winning on “politics,” bad judges or being angry at their dog become winners? It doesn’t happen! Their actions make them losers. The winners are the ones who understand that our dogs are not machines, there are different opinions, and maybe even that judges occasionally make mistakes – and still enjoy the relationship with their dog, understanding that they get to take home the best dog that night.

Many of the riders also said it is important to “try not to overthink it.” Put in the work, practice, and let muscle-memory take over. I also think it is important to slow down. Most of us are so concerned about being ready when the judge turns to us that we move too quickly, and those erratic motions and stress are felt by the dog. Make yourself think to move at half-speed, and you actually will be moving faster than you think but with a more relaxed attitude and a much less stressed-out dog. The results might surprise you.

One of the riders suffered a broken neck (he later recovered well), and had to come to grips with the reality that he might never ride again. This reminded me of how I feel when I consider that I might never be able to show my dog again. Facing this reality is very difficult – especially if you have been successful in the past.

The most important idea that I took from this series was that the riders understood that they must never stop thinking of how they can get better. Consider this statement from one of the world’s top riders, “Winning is easy. It’s how you respond to losing that defines you.” How about resolving to do this better?

How about complaining less and helping more? It is a fact that most club membership is getting older. There is significantly more work to put on a show than most people think. Inevitably, it falls to the same few club members to work at the show. How about resolving to pitch in rather than bitchin’?  Not only will you be surprised at how much work is involved, but you also might learn something. Not only that, but your help might be the extra impetus that keeps your club from folding its tent and giving up their show. Clubs need new blood to survive. You might be the answer.

Building on the idea of doing more than complaining, how about resolving to really learn your breed? Although those who lose consistently complain that “judges don’t read the standards,” the truth is that they read it much more than you do. And most understand it also. I think there is a lot of wasted knowledge and talent in our community. When is the last time you approached someone who has been in your breed a long time, has had success and years of experience, and asked to talk about the breed?

Mentors will not approach you because most feel that is being too pushy and is presumptuous on their part. But most would love to pass on their knowledge and work with someone who wants to improve in their breed. If you are serious about being a contributing member of our community, learn as much as you can – and someday you will be the one to pass that knowledge on to the next generation. Some – although not all – will also give you help with grooming techniques and ideas. And, yes, professional handlers will help also.

I have been involved with dog shows since 1963 and approved to judge since 1974, and there are still times that I reach out to a mentor to talk about something I have seen in the ring or to ask a question about their breed. I won’t admit it very often, but I am not perfect, but I am always willing to learn.

So, as I prepare for a new year, I remind myself that what we are doing is really all about the dogs – not our egos. Without these wonderful dogs, we have nothing. I have always said that dog shows would be absolutely perfect if we could get rid of some of the people. It doesn’t have to be that way. Remember, those competitors are also part of your community and often are your friends. I willingly accept the fact that it is my responsibility to the breeds – and the community – to help protect the integrity of those breeds. I will rededicate myself to being the best judge I can be. If that means I am not going to stand in the middle of the ring and be a ribbon dispenser, so be it! I will be responsible to the dogs above all. They deserve our best.

© Dog News. This article may not be reposted, reprinted, rewritten, excerpted or otherwise duplicated in any medium without the express written permission of the publisher.
Thu, 01/19/2023 - 6:07pm