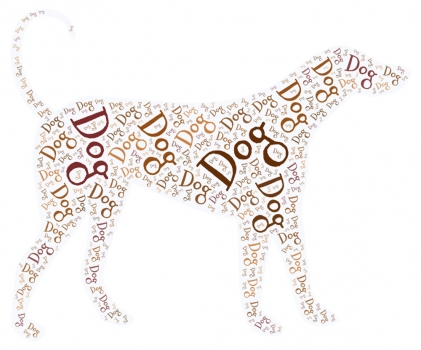 A Turn of Phrase

Every culture has its language, Sid Marx reminds. Let's use ours correctly
By
Sid Marx

Language is very important to me, and I want words to be used correctly. Actually, I NEED them to be used properly.

For some reason, whenever I hear a newscaster or sportscaster (or almost anyone) use words improperly, it sounds like the proverbial screeching on a chalkboard to me. I know that one of my many weaknesses is my reflexive action to correct someone who improperly uses language. I apologize, but when someone says, “I literally exploded when I saw that,” I cringe. Sometimes I even look for the body parts on the ground.

Every business, social organization or culture has its own language – readily understood by those who are “in,” but not so apparent to “outsiders.” For example, when a manager at a used-car dealership asks a salesman, “What's on the clock?” he is not asking for the time, but rather how many miles are on the odometer. Or in football-speak the “red zone” is not really red. And when a pitcher “gets in your kitchen,” he is not really (literally?) making breakfast for you.

We, in our dog community, also have our own language. Sometimes what we say is very descriptive, but it can also be confusing. Don’t think so? Take a look around you in a restaurant when “dog people” are overheard to be discussing “that beautiful bitch” by those in the “outside world.” Furthermore, there are times that our words are very dangerous and threatening to the very survival of our beloved community. So, I decided to review some of the terms we just seem to accept in our “family.”

What is a “good judge”? If you ever want to start an argument in our dog-show community, just start talking about judges. Which judges are good and who are the bad ones? Let us first agree that not everyone has that “eye for a dog,” that just seems to resonate when that person looks at a dog (or almost any animal). All judges have to pass breed and procedure tests, verbal interviews, and many have attended some combination of national specialties and breed seminars. For some breeds the judge also has to demonstrate how to use the wicket and/or scale. Newer judges are observed by AKC field representatives essentially at every show at which they judge. Other judges are observed for newly added breeds. After the observation, the judge discusses and explains her decision-making and reasoning for placements with the AKC representative. So why are there such widely disparate opinions of each judge’s ability?

As a matter of fact the definition of a good judge is most often determined by who is talking. The degree of “goodness” ranges from poor to good to breed expert to “highly respected.” What determines those degrees is almost always decided by the color of the ribbon received by the speaker from that judge most recently. Degrees of goodness also change – with the color of the ribbon awarded.

Balance is something much desired in our breeds. Isn’t it? I remember sitting with a “breed authority judge” many years ago and she pointed to a dog in the ring and asked me what I thought. I said that he appeared to be very straight in front as well as having very little angulation in the rear. She said, “Exactly. He is balanced!” So is balance alone a good thing? Actually, many dogs that are straight in front and rear do often move in balance. Wouldn't proper balance be more accurate? I think a more correct term would be harmony. When the front and rear – and everything in between, both standing and in motion – is in harmony ... isn't that what we really mean?

If we look at a dog and think, “Wow, what a powerful front,” does that mean the front is in balance with his rear? Is he in harmony? Conversely, if we see a dog kicking up high in the rear, is the rear in harmony with his front? But it is not just equal front and rears that put a dog in harmony. If that were the case, a dog with no front reach or rear drive would fit the bill. The term TRAD (Tremendous Reach and Drive) is used by many these days, and I think it has done more harm than good. Tremendous is not a term I have seen widely used in AKC standards. To me, that term would be more proper when discussing a double-suspension gallop.

In addition to proper reach and drive, the cadence and timing of footfall are part of being in harmony. There was a Sporting dog that my wife and I both loved, and as we watched him at one show, we noticed that his movement just didn't feel right. As we watched him more and more, we realized that for some reason the cadence of his footfall was off. I mentioned it to the handler later. A couple of weeks later he told me that he had taken the dog to a canine massage therapist, and found that the dog had a “knot” along his back. The dog had tried to give it his all, but this knot was throwing him off. After it was worked out, his cadence went back to normal.

A term that we should all be using correctly is type, but that is not always the case. Questions like “What type do you like?” should immediately strike all of us as absurd. THERE IS ONLY ONE TYPE - THE ONE THAT IS DESCRIBED IN THE BREED STANDARD. I recently listened to a panel of international expert judges on a webinar who instead of using the word “style” used the word “stamp,” but meant the same thing. They consistently referred to the fact that there is only one type. The fact that there is just one “type” is not a new idea, but it is one that is too often used improperly.

Differences in style certainly exist, and people may have preferences in this regard. One example may be seen in Miniature Schnauzers. I have had discussions with an acknowledged breed expert (and she has never judged one of my dogs, so no ribbons come into play in this description) and also with a breed mentor who is a seminar presenter for this breed. In many countries, the Miniature Schnauzer is shown in what we consider the Working Group, as are their cousins the Standard and Giant Schnauzers. There are inherent, subtle differences between the Terrier Group and the Working Group that often can be seen in substance and movement. So it is possible to have one judge who leans towards the Terrier style Miniature Schnauzer (slightly less substance and with a more Terrier-like movement) while another, leaning toward the Working style Miniature Schnauzer – more robust and often called a Schnauzery Schnauzer), may look for a little more substance and a Working dog style of movement that is a little freer and with slightly more reach and drive. I realize that trying to explain subtle differences in styles is often like the Supreme Court's definition of pornography – you know it when you see it.

The discussion of style within breed type is not new. Consider the following two quotes:

"Remember that a Miniature Schnauzer is not simply a pepper and salt Foxterrier, but a Schnauzer, with a long history of his own, and differing from the best of the Mediums only in size and a greater variety of color." (From The Complete Miniature Schnauzer, by Anne Fitzgerald Eskrigge, 1935) and "There are a few terrific Miniature Schnauzers and then there are too many that have strayed from the Standard Schnauzer type that they should be, to what I would call a more Wire Fox Terrier type, which is not right for this robust breed." (Excerpted from Canine Chronicle, July/August 1994 “One Man’s Opinion, The Terrier Group in Review” by Ric Chashoudian.)

For me, anything that speaks of excess is wrong. Many years ago, I judged a big-winning Irish Setter that I thought was significantly over-angulated in the rear – out of balance with his front and at least bordering on being sickle-hocked. He was a great SHOW dog, but I never did anything for him the few times he was shown to me. One day his handler asked me, "Is he too extreme for you?" Well, yes. Anything too extreme is out of harmony to me.

Why is this important? Well, for one thing, a judge should be judging the dog – not the show record or pedigree. In addition, people won’t understand good breed type if they don’t see it being rewarded in the ring.

Finally, to end on a more positive note, I am sharing three quotes that I heard recently, and I think they have some value. So I would like to pass them on to my dog community.

“If you pile up enough tomorrows, you’ll find you have a lot of empty yesterdays.”

“Don’t let your life get lived while you are doing other things.”

“It’s the details of life that matter most.”

© Dog News. This article may not be reposted, reprinted, rewritten, excerpted or otherwise duplicated in any medium without the express written permission of the publisher.
Mon, 04/19/2021 - 11:39am