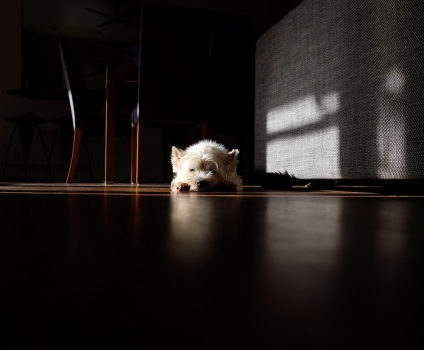 That, says Sid Marx, is what true judging requires
By
Sid Marx

A 2002 movie based on real life, Catch Me if You Can, starred Leonardo DiCaprio as Frank Abagnale, who successfully represented himself as an airline pilot, doctor, attorney and teacher when, in fact, he had not even graduated high school.

If you listen to some of the naysayers in our community, we have people standing in the middle of the ring who are today’s imposters. If you spend enough – or maybe TOO MUCH – time on Facebook and other digital media, it will quickly become apparent that the only judges who know anything are the ones who put your dog up. All others are either incompetent, don’t know the standards or are “crooks” (whatever that means).

While those opinions are very misguided (and I fear are not in the minority), a very real – and great learning point – question is:

How can two or three judges see the same dogs against the same competition on the same weekend and have drastically different results? What in the world are they looking at and what are they thinking?

Many times, I have said that true judging is weighing trade-offs. Basically, does this dog’s great front but rather mediocre head belong above that dog’s beautiful head but mediocre front. Most of the time it is not even that cut and dried. It is usually weighing a dog’s silhouette against another dog’s side gait. Most often, I try to consider which dog is strong in an area that has become a weakness in that breed so that others can see that this might be a breeder to value.

Let’s consider some specifics. The opening phrase in the Dachshund standard says, “…  Low to ground, long in body and short of leg …” This is pretty easy to find in the Dachshund ring. What is not so easy to find is, “The trunk is long and fully muscled. When viewed in profile, the back lies in the straightest possible line between the withers and the short, very slightly arched loin.” A partial description of the Dachshund movement says, “Hind legs drive on a line with the forelegs, with hock joints and rear pasterns (metatarsus) turning neither in nor out. The propulsion of the hind leg depends on the dog's ability to carry the hind leg to complete extension. Viewed in profile, the forward reach of the hind leg equals the rear extension.”

So, you are now standing in the middle of the ring assigned to judge the three Dachshunds in front of you. Dog #1 is well balanced, and has a topline that displays a somewhat obvious dip in the middle of the back as the dog goes around the ring, although he has good substance and a strong driving rear. Dog #2 appears to be a little short in body, but has a beautiful head with a strong underjaw (missing in many exhibits) and a neck as described in the standard, “Long, muscular, clean-cut, without dewlap, slightly arched in the nape, flowing gracefully into the shoulders without creating the impression of a right angle.” Finally, Dog #3 has good length of body, a strong, level topline standing and moving, but a rather plain head, and moves “just OK,” although not with real strength in front reach or rear drive. What are your placements?

Based on an understanding of the standard (yes, all three judges know the standard), and where you place your breed priorities, could you not place this class many different ways? Could you not explain your placements based on the standard? What do you think the outside-ring judges will have to say about your decisions? Do you care? What are your trade-offs?

I guess there are some who might want to know how I would place this class and why. Believing that the structure of this breed lends itself to possible back problems, I would place Dog #3 first because of the strong, level topline so necessary for the health of this breed. Dog #2 would be second, recognizing that he may be a little short in body, but a strong underjaw and proper neck structure is necessary for the killing or holding function of the breed. Dog #1 would take third place. I would appreciate his strong rear and substance, but a weak topline is the killer of the breed for me. Notice I did not discuss what class this was or what age the dogs are. I would make the same placements (i.e. Winners and Reserve) even if they came from different classes or Dog #3 was a puppy.

Except for some confusion when it comes to color in Dachshunds, I think this is a well-written standard. Not all standards are that helpful since so many use words like moderate and medium a lot. What do I do when this is the case? I consider the purpose and essence of the breed. Movement is extremely important to me as the test of sound structure, but it must also be weighed against breed type. (Yes, I agree that soundness and type cannot be separated.)

Silhouettes are important – standing and moving. Believe it or not, I have sometime been called a “head-hunter.” Well, the head is the first thing you see, and it does absolutely help to define a breed, but it cannot be taken as more important than any other part of the dog. For example, there are a lot of Sporting breeds today with lovely heads but very short length of ribcage, resulting in long, weak loins. Proper length of ribs – which allow the dog to perform its function for a longer time – is more important than a beautiful head. Of course, I would love to have both and proper movement.

What about those breeds that have words that cause misunderstanding among some newer judges, breeders and exhibitors? The Chesapeake Bay Retriever topline is described as, “Topline should show the hindquarters to be as high as or a trifle higher than the shoulders.” Do you see anything there that says it is OK for a Chesapeake to have a massive dip between withers and haunches? There are other sections of the standard that would help to answer that question. “Frequently the Chesapeake must face wind, tide and long cold swims in its work. The breed's characteristics are specifically suited to enable the Chesapeake to function with ease, efficiency and endurance.” And “… the Chesapeake is a strong, well-balanced, powerfully built animal of moderate size and medium length in body and leg, deep and wide in chest, the shoulders built with full liberty of movement, and with no tendency to weakness in any feature, particularly the rear.” Do you see anything there that says it is OK to have a topline like Lee Marvin’s horse in Cat Ballou?

What about a standard that does not describe how the breed should move (except in a pack)? An example of that would be the Beagle standard. So, are judges supposed to ignore movement? Of course not. The standard also describes the Beagle as “A miniature Foxhound, solid and big for his inches, with the wear-and-tear look of the hound that can last in the chase and follow his quarry to the death.” If you then go to look at how movement is described in the Foxhound standard, you will not find it either, although they do assign significance to “running gear” in the points allocations.

Why are there standards like this? Well, the people who wrote these standards were “dog-people” who understood structure and that a dog had to be able to move properly to do its job. So, is a judge to ignore movement in some breeds? Of course not. The judge should be knowledgeable enough to understand the same things that those who wrote the standard did, and judge accordingly. Would you place a Beagle who pitty-pattered around the ring, moving like every step hurt him? Would you place him if he stacked and showed beautifully? As one of my favorite people said, “Just because it’s big, red, and hairy and charges around the ring doesn’t make it an Irish Setter!” Where are your priorities?

Admittedly, when it comes to the group there are some judges – and exhibitors – who are not comfortable with low-entry breeds, so these dogs do not receive equal consideration. There, I said it! But that does not mean the judge is a crook or does not know the standard – it simply means this breed is outside the judge’s comfort zone right now. Hopefully, the judge will realize this and go back and re-study the breed to be better prepared next time. I know that is what I do when I have judged a dog for which I simply was not sure. Since my wife and I have owned and shown low-entry breeds, we recognize their importance, and absolutely give them equal consideration. What would you do if you walked in the ring and simply felt unsure about the breed in front of you?

Some of the causes of our increasing unhappiness with judging from the vocal uninformed can be traced to what a judge who worked hard to hone her craft calls “the rise of generic judging (a result of ‘box checking’ in AKC’s rush to approve ‘enough judges’ to meet the demand) rather than understanding the ‘essence’ of the breed and its purpose (which takes time and study). [This] often results in good breed type being overlooked in favor of flashy movement or ‘soundness.’ A Chow that moves like a GSD is just wrong.”

There is always room for improvement in our judging, but ringside judges, name-calling and worse are not going to help. There is also improvement needed in breed understanding by some breeders and exhibitors.

© Dog News. This article may not be reposted, reprinted, rewritten, excerpted or otherwise duplicated in any medium without the express written permission of the publisher.
Fri, 11/11/2022 - 10:20pm