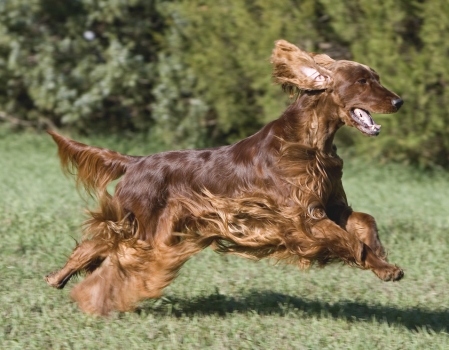 From rudder-like tails to Irish Setter toplines, get ready for a debunking
By
Sid Marx

Let me start by admitting that when it comes to the use of the English language, I am one of the most fanatical people I know. 'Nuff said.

I have been religiously tuning in for every webinar offered by the AKC and the various breed parent clubs, and I am extremely thankful for the knowledge I have gained and the feeling of still being somewhat involved with our beloved dogs as they are relevant to the dog show community. I am very appreciative of the effort and knowledge displayed by those presenting the individual breeds.

However, I cannot shut off that part of my brain that cringes whenever I see a misspelled word on a PowerPoint or hear something that just does not fit the parameters of my belief system. As I thought about some of these, I was reminded of other statements that most people in our dog community would automatically accept as gospel whether they are factual statements or not. So I have decided to put together some of these statements as a True/False test.

Let's start with a statement made by practically everyone who is trying to describe their breed's topline. I cringe every time I hear someone say, "This breed has a level (or slightly sloping) topline - not like the Irish Setter topline!"

Helloooo ... what some seem to just accept as gospel is absolutely incorrect. FALSE!

When you see an Irish Setter set up so that his topline resembles a ski slope - IT IS NOT CORRECT! It usually occurs for two reasons (a) the dog's rear is over-angulated (sometimes maybe even sickle-hocked) and the front is very straight or (b) the handler has the dog incredibly over-stretched as so very many handlers do with too many breeds. I have no idea why they do this, but all it does is ruin the dog's silhouette and proper stance. To clear it up succinctly (oops, too late for that) the Irish Setter's top-line "...from withers to tail should be firm and incline SLIGHTLY downward without sharp drop at the croup."

We have a limited number of "all-rounders," and I greatly appreciate the tenacity, stick-to-itness, time and money spent to achieve this status. I am proud to state that toward the end of his career and the beginning of mine, Alva Rosenberg became a friend of mine.

An article about him, Denise Flaim wrote: "Alva Rosenberg: Dog Show Dean & Judge Against Whom All Others Measured. Every sport has had its great ones. And the sport of dogs had Alva Rosenberg. Excruciatingly modest and correspondingly revered, Alva Rosenberg was, and arguably still is, the most respected judge in the history of dog shows in America, and perhaps the world."

I couldn't agree more. Always a gentleman, he always put the quality of the dog first. It was my pleasure every time I showed to Alva -- win or lose. Interestingly enough, Alva often said that there was no such thing as an all-breed judge, even though he was an all-rounder. What he meant was that no one can be an expert in all breeds. TRUE. 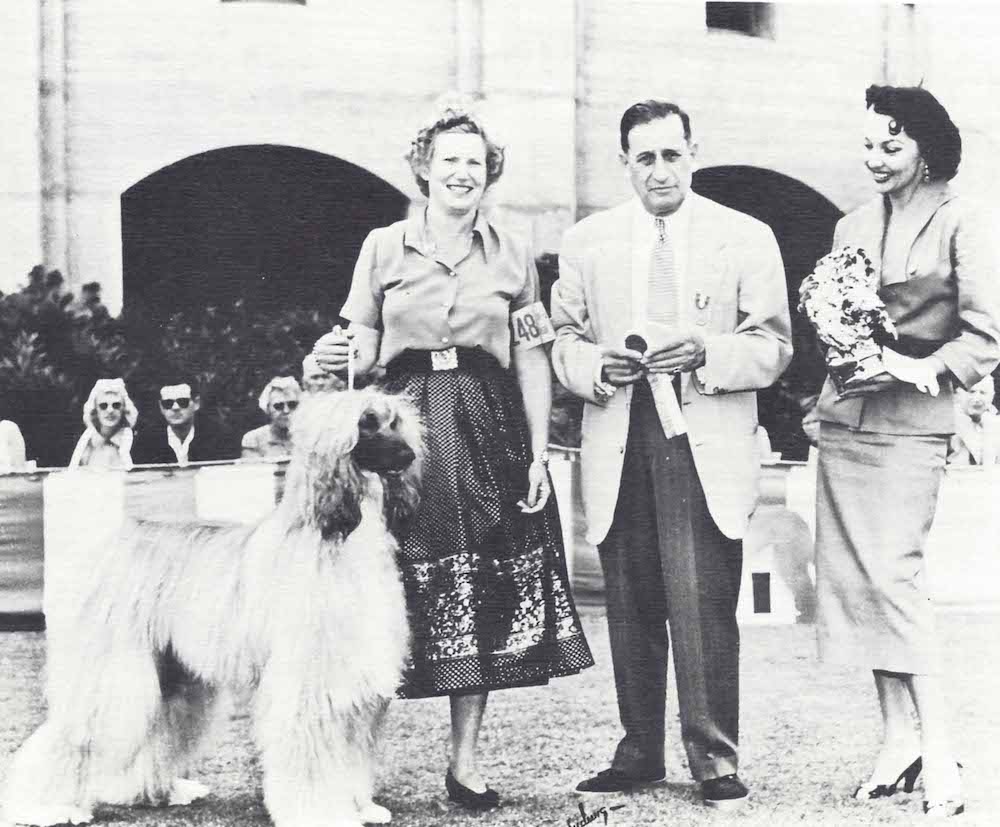 What does a rudder do? When a rudder is turned, it causes the (vessel) to turn in the same direction. The tail does NOT cause a dog to change direction in the water. A dog does this by turning his head and body -- and the tail has nothing to do with it. And on land? Do you mean to tell me that the only way a dog can turn left is if he turns his tail? Really? And what of the poor breeds born without a tail, or has one that is docked? Can they not swim? Even worse - can they only walk in straight lines on ground? FALSE!

I have previously written an article about "head breeds" in which I stated that a friend called me a "head hunter." I don't think she meant it as a compliment. However, I will gladly admit that aside from silhouette, I believe the head is a significant nuance that defines a breed. Think about it: Can a Saluki or a Borzoi with a square, blocky head be considered a good breed specimen?

Apparently I am not alone in my belief. Dorothy Macdonald, a much respected and knowledgeable judge, has said, "Any dog's head should give you an instant identification as to breed. So, realistically all breeds are head breeds."

I can assure you that neither Ms. Macdonald nor I are saying that the ONLY thing that determines a quality breed specimen or upon which we base our decisions is the head. But it is significant. TRUE!

Amen. In fact, if a breed like the Bullmastiff or an Anatolian Shepherd or a Kuvasz showed with the apparent enthusiasm of an Irish Setter or a Golden Retriever, that would definitely not be within breed type. (By the way, when happy showmanship becomes over the top Ya Ya, that is not correct for ANY breed.) TRUE! 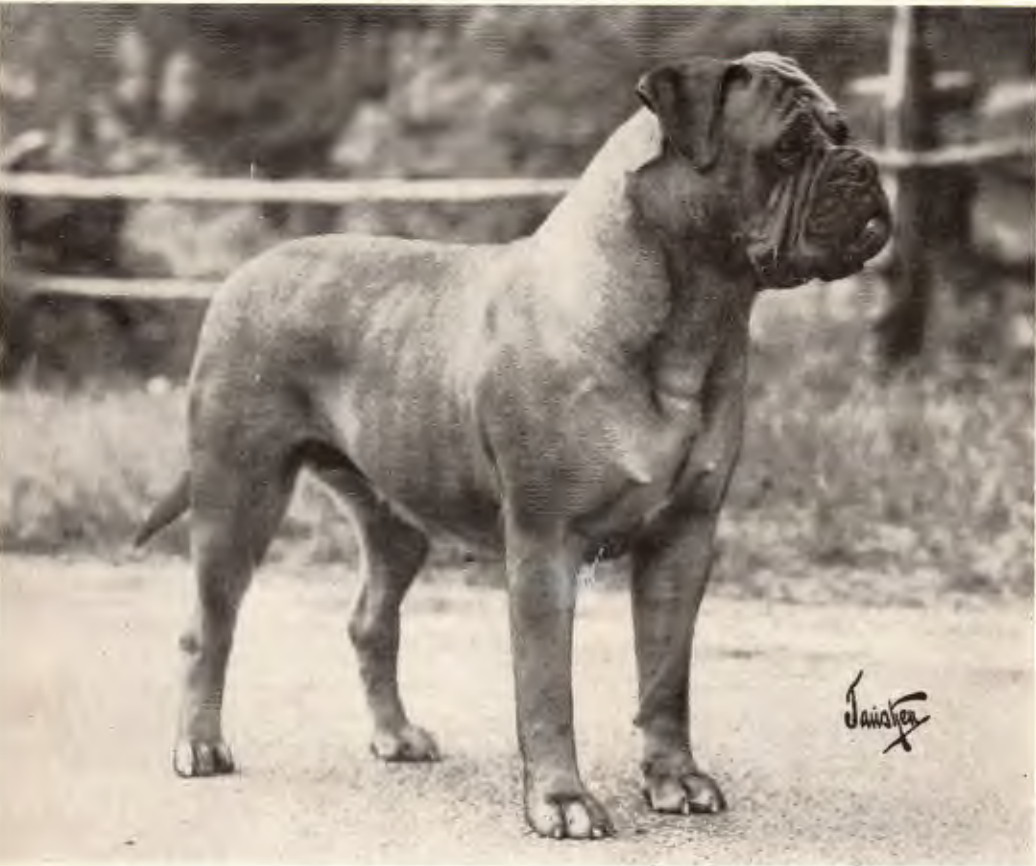 We have some amazingly talented handlers and groomers in our community. While I have a great deal of respect for the icons of the past, just look at some of the pictures of the top winners and handlers, and it is obvious that the presentation of our dogs has improved immensely over the years.

I applaud the statement made by Cindy Partridge speaking for the Golden Retriever Club of America in her excellent webinar when she said, "A proper coat should be inherited, not fabricated!" This probably comes as a shock to many. These words should be printed at the top of every judge's book. TRUE!

As we get ready to slowly return to some degree of normalcy, here's hoping we do it slowly and with (not so) common sense. We all have many friends within our dog community. Let's think of them, and help to protect each other. As Helen Keller said, "Walking with a friend in the dark is better than walking alone in the light."

© Dog News. This article may not be reposted, reprinted, rewritten, excerpted or otherwise duplicated in any medium without the express written permission of the publisher.
Fri, 06/19/2020 - 4:07pm