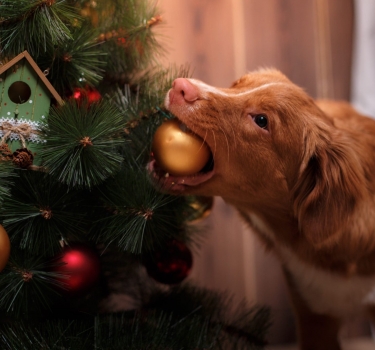 Christmas Orders from the Commanding Officer

Now hear this, dogs. This is the commanding officer speaking. With my email saturated by merchants trying to convince me to buy one of their products for a Christmas gift, I am reminded that certain liberties were taken by the canine crew of this command during the last holiday season that shall not be repeated this year. That means the following actions and activities are expressly prohibited:

★ The holiday season is frequently marked by parties. This means there will be strangers in the house during this period. You will not smother said guests with kisses, nor will you spend the major portion of the time that guests are present leaning on them demanding that you be petted. You will also not attempt to climb into their laps. You will maintain a pleasant attitude even if guests are sitting on your sofa or occupying your favorite chair. You will not sit in front of them and stare at them while curling your lips.

★ Eating off the buffet table OR the coffee table is forbidden. You will also not drink from glasses left unattended but within your reach.

★ Only dogs small enough to stand below the coffee table without disturbing holiday decorations on top of that table will be allowed to sleep beneath it. While on the subject of furniture, it appears necessary to issue a reminder that the upholstery on the couch and the chairs in the living room are not – repeat, not – napkins. This reminder also applies to the CO’s trousers or the trousers, skirts or shirts of the CO’s guests.

★ The UPS man, the FedEx man and the postman do not come here with mischief on their agenda. They are delivering items the CO wants and needs for the upcoming holidays. Therefore, you will immediately cease barking, growling and threatening delivery personnel with bodily harm and mayhem.

★ The commanding officer and other non-canine members of this command will also be bringing home large bags and packages. DO NOT assume that the contents of these bags and packages are for you. These contain items that are wanted and needed during the upcoming holidays and may, indeed, be harmful to your health in a variety of ways if you consume them or are caught trying to consume them.

★ The commanding officer will be bringing a large tree into the house. This will be set up in the living room and covered with lights and decorations. Bizarre as this may seem to you, it is an important part of the holiday celebration for the members of this command. Therefore, you will not debase this important holiday symbol by using it as a personal head/latrine, no matter how many fascinating scents it may harbor, and this prohibition encompasses that period when the tree is stored in any of this installation’s outbuildings prior to its actual entry into the living room. You will also refrain from drinking the water in the container that holds said holiday symbol. 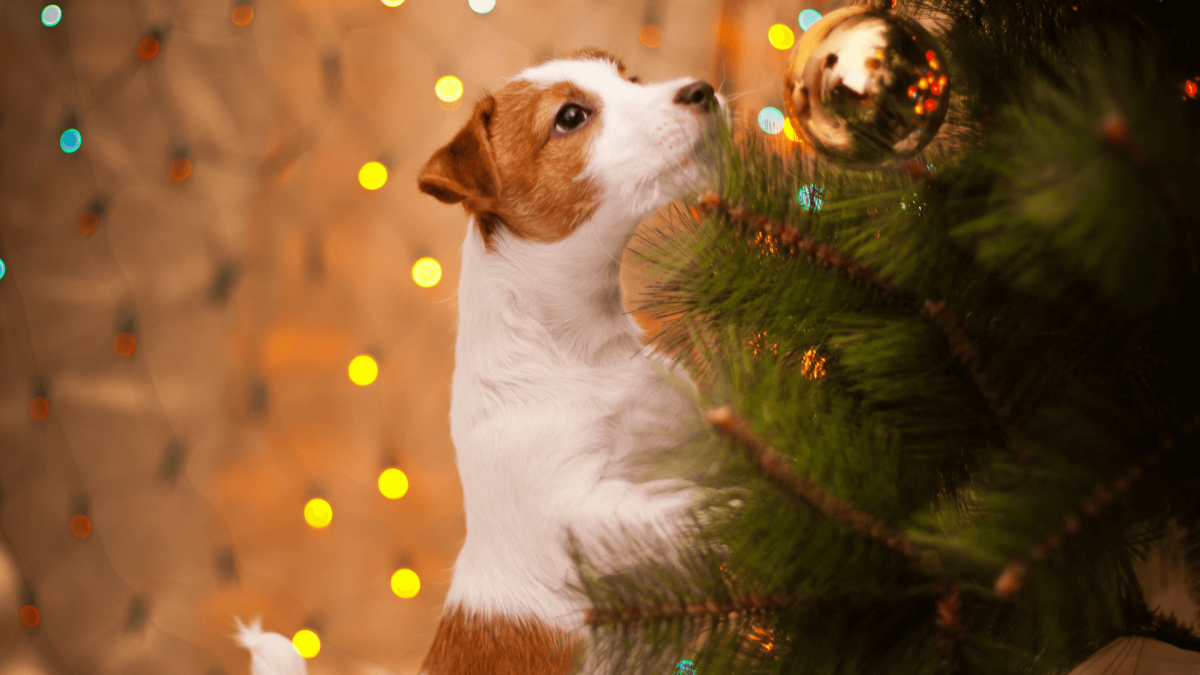 ★ The colored balls on the tree have been put there as decorations. They are not toys that have been placed within reach for your personal entertainment. They are to remain where they have been hung. They are not to be batted off their tree positions by paws or tails and then madly pursued across the living-room floor, beneath the coffee table or behind the sofa and chairs. You will also watch your tail when near the tree and you will not, under any circumstances, engage in races or other wildly enthusiastic displays with the other members of the canine crew in the vicinity of the tree lest your boisterous actions cause the tree to fall over. If such incidents occur, you can expect to be charged with numerous crimes and subjected to court-martial.

★ The packages beneath the tree are to remain undisturbed until permission is granted to explore their contents. You will refrain from ripping them open prior to the granting of this permission, even if these packages harbor interesting and drool-inducing smells. You will also not use the cord that runs from the tree to the wall as a toothpick or chew on it.

★ The contents of covered candy dishes on the coffee table are completely off limits. Not only are these contents deemed unsuitable for dogs by medical authorities, but they have also been known to produce digestive difficulties that are usually culminated by your seeking out the cleanest carpet in the house as a depository for the results of those issues. The garbage can with its load of turkey bones and other discarded food items is also off limits. You will confine your food intake to what is placed in your food dish or offered to you from the CO’s hand. All other items you might possibly want to try are prohibited. 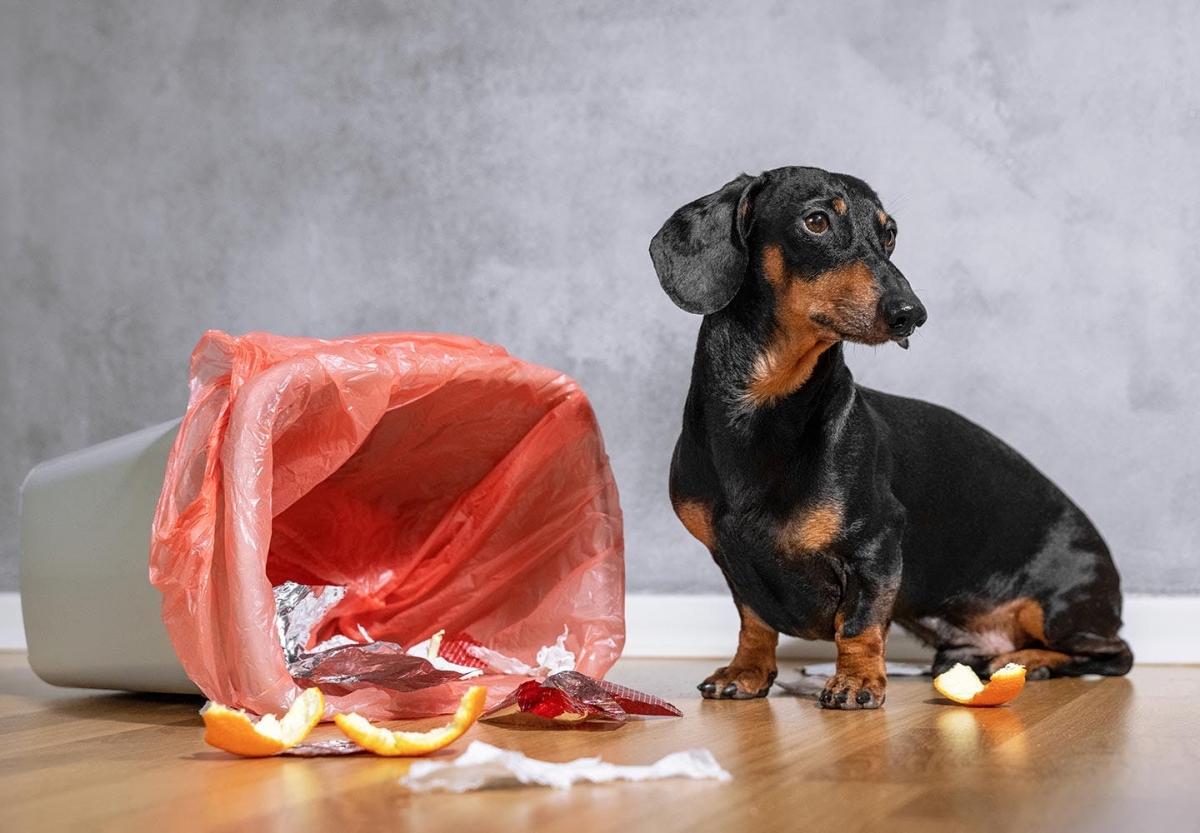 ★ The inside of the house and the yard are non-combat areas. This means there is no need for you to walk point, and protocol dictates that the CO shall proceed through doorways first and be followed by the dogs. Dogs will immediately stop doing their imitations of Stan Laurel and Oliver Hardy going through doorways, particularly when said doorway is already occupied by the CO carrying an armload of packages. Also, pushing the CO out of the way in order to be first in the house during these package-carrying duties is prohibited.

★ When guests are present, you will immediately cease turning the living room, the dining room, the kitchen or any other room occupied by those guests into the equivalent of a CS gas chamber by venting toxic gastrointestinal fumes.

★ The holiday season is frequently marked by snow and frigid temperatures in the northern tier states. This means you will shake snow from your coat before you enter the house, not on the CO, the CO’s guests or the cherry-wood furniture tops. You are also reminded that trees tend to snap and crack at night during very cold weather. These snaps and cracks are not the result of hostile action; they are the normal response of trees to frigid temperatures and therefore are not cause for you to sound the call for battle stations. This prohibition is especially in force during the period from 0100 to 0700 hrs.

★ Christmas holidays frequently dictate a change in uniform to something more in keeping with the season than your regular leather collar. You will not create a fuss if the CO chooses to hang a festive bow from your collar for the annual Christmas photo. The CO may also be bringing new and strange plants into the house during the holiday season. You will refrain from eating, chewing or otherwise nibbling on these plants or parts of them.

★ If the commanding officer decides to read “A Visit From St. Nicholas” for the younger members of the command, you will refrain from sitting next to the smallest and treating him/her as your personal sugarplum. While he/she may have remnants of Christmas pudding remaining about his/her mouth, neither he/she nor his/her parents appreciate the use of your tongue as a washcloth. 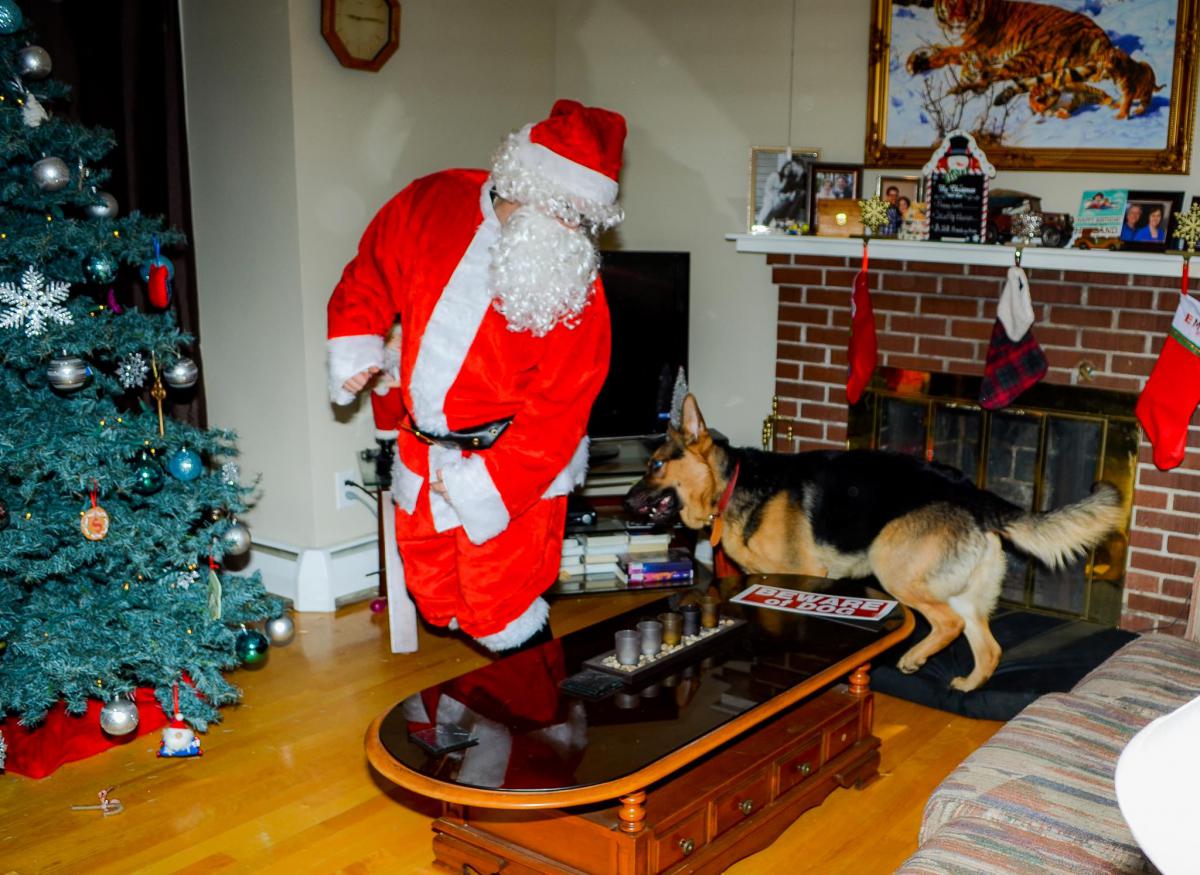 ★ A lively and quick man with a broad face and a round little belly that shakes when he laughs like a bowl full of jelly sporting a white beard and a red, ermine-lined coat and hat may exit the fireplace sometime during the night during the height of the Christmas celebration. He will have the stump of a pipe held tight in his teeth and smoke will encircle his head like a wreath. While this is in violation of smoking regulations, which state that the smoking lamp will not be lit between 000 and 0700 hrs, you will ignore this infraction. He’ll have a bundle on his back, which he’ll set down on the floor. While he may look like a common peddler opening his pack and thus be someone who needs to be chased away, you will refrain from so doing. He’ll speak not a word but go straight to his work, which entails filling stockings previously hung by the fireplace with care by the younger members of the crew. You will not bark at this person nor will you, under any circumstances, BITE HIM.

Failure to obey these orders will result in a captain’s mast, office hours, article 15 or for the most egregious offenses, court martial followed by the offender being placed in confinement. That is all. Merry Christmas. Dismissed.