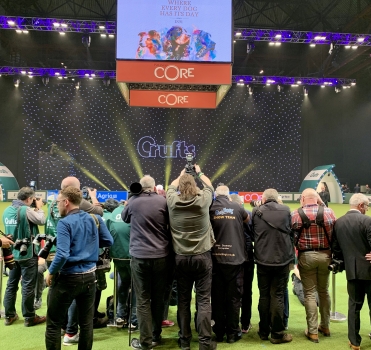 The effects of the pandemic worldwide have been universally covered in news media. However, while there appears to be light at the end of this long tunnel for dog-show people, COVID-19 continues to wreak havoc with some of the world’s most iconic shows.

Recent news told us that Westminster will be an exhibitor-only show, with no vendors or general public, while Crufts in the UK has also hit the dust.

Unless you have been somewhere in outer space, or marooned on a tanker in the Suez Canal, by now you will have heard that the Kennel Club in the UK has cancelled Crufts.

It had originally postponed the show from its normal March date, to take place instead on July 15 to 18, in the hope that things would then allow the event to go ahead. Sadly, that was not to be, and the coronavirus pandemic has made the show unfeasible for a variety of reasons.

Crufts 2020 was in fact the last all-breed general championship show to take place in the UK. As most of Europe went into serious lockdown very soon after the show in the spring of 2020, the show scene on this side of the Atlantic went into virtual hibernation. Most of us still didn’t know what we were dealing with … and neither did many governments.

Slowly but surely, the realization started to sink in that this thing was not going away very quickly, and shows might not take place until the fall of 2020 … or so most people thought. Now we know differently and eventually the vast majority of shows, certainly in the UK, bit the dust; just the odd small event took place in a window between lockdowns and that under strict COVID conditions. Some shows in mid-Europe took place, and the largest was in Maastricht in Holland with 3,000 dogs in September 2020 … probably the biggest show anywhere in the world for quite some time.

Eventually people started to come to terms with the winter of discontent … dog people going stir crazy without their regular injection of show mania, both from a competitive and social perspective. All eyes turned to Crufts 2021 as a beacon, a holy grail to attain! It soon became fairly clear late in 2020 with a second wave of the virus sweeping through Europe that even that event was looking unlikely. News came from the USA that even the famous Westminster show was to relocate to an outside venue … something that Crufts could never consider with its huge entry of 20,000-plus dogs, never mind people and the logistics involved. 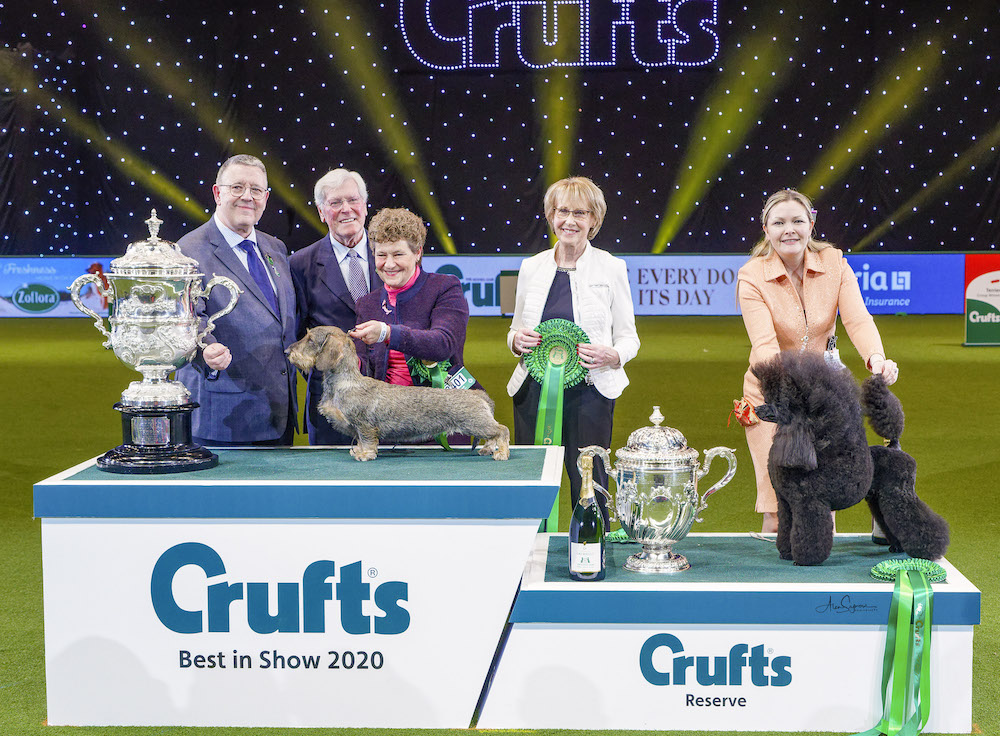 This in fact is the first cancellation of Crufts since 1954, when a strike of electricians at Olympia in central London caused the show to be cancelled. On that occasion the strikers had refused to dismantle the preceding shows there – the Hotel and Catering Exhibition and Bertram Mills Circus. The 2001 show had to be postponed to May of that year because of a foot and mouth disease outbreak, but it did eventually take place at least.

In 1952 the event only managed to happen by the skin of its teeth, when the death of the British king George VI was announced on February 6 that year. Crufts was due to be held on Friday and Saturday, February 8 and 9,, and was able to go ahead despite the fact that theater performances were cancelled for one night on February 8. The show was permitted to happen mainly because the King’s “lying in state” didn’t begin until Monday, February 11. It’s almost the stuff of movies … just like the virus itself!

In cancelling this year’s show the UK Kennel Club issue an extensive statement outlining many of the reasons behind the decision, citing “ongoing uncertainty due to the COVID-19 pandemic and in consideration for the health and safety of all its volunteers, judges, exhibitors, sponsors, trade stand holders, visitors and staff.”

Discussions had been taking place with the National Exhibition Centre (show venue) and other parties for many months to try to find a way forward in making it possible to run this year’s show in a COVID-secure way. The NEC had in fact been commissioned as an emergency hospital (rarely used in the end) and more recently as a vaccination center.

The Kennel Club statement went on to state: “The opening up of events in general, especially those that take place inside, is still unclear and the Kennel Club’s priority must be the health and safety of all those mentioned above … and recognised that clarity was required now to mitigate any commitments that all our potential participants may undertake.”

Tom Mather, Crufts chairman, said: “We are very disappointed that we have had to cancel Crufts for the first time since 1954, in what would have been its 130th anniversary year, and it is a decision we have not taken lightly.

“We have tried desperately hard to make this year’s show happen, including the decision we took last November to postpone the event to July. However, of course this was before we were hit by the devastating second wave of the pandemic.

“When this decision was taken, we were optimistic that the situation would be such that the show could be held. However we appreciated that there was a possibility that holding the show in the summer under certain restrictions could also, in some respects, do the show a disservice. We were disappointed that, even though we carried over the qualification from 2020, we would still be limited on our entry numbers and wouldn’t be able to welcome as many dogs back as we would have liked.”

“It would also be regrettable that there was a strong possibility that many of the popular events and features of the show, such as obedience, the Good Citizen Dog Scheme, Young Kennel Club ring and Discover Dogs, would not have been able to be included under the restrictions which could be imposed.

“Finally, in light of recent announcements and the emergence of a third wave of coronavirus in Europe, it was looking extremely unlikely that both our overseas judges and exhibitors would be able to attend.”

The Kennel Club says that it appreciates that judges from this year’s show will be very disappointed, that the committee will be looking at the options to invite them to judge at a future Crufts and will be making further announcements in due course.

Some judges have however commented that in many ways they are relieved, as they would not really have enjoyed judging what was almost bound to be a reduced entry and in circumstances which will still be far from normal. Judges realized that instead of having bumper entries to go over, they would have depleted rings and the likelihood of little or no overseas dogs, which have now become a major feature of Crufts. Nearly a fifth of the entry of 20,000 dogs in 2020 came from outside the UK. In fact, 14 judges were also from overseas and their countries situations are also unclear at this moment.

For vendors who have incredibly high costs to attend anyway, it would have been a nightmare preparing for the show and ordering stock for it then to be cancelled closer to the event. In the light of the pandemic, the Hilton Hotel on site at the NEC was being refurbished and would not have been available for organizers, judges and exhibitors alike. The hotel is always at the center of events as well as being convenient to make sure judges are on hand.

The situation for the numbers of general public allowed in would also have been unclear. Exhibitors would have welcomed less public (or none in fact!), while the Kennel Club of course needs the serious income from ticket sales and trade-stand holders need the footfall and customers. As mentioned earlier, we now know that Westminster is not allowing any vendors or visitors to their prestige event ... held outdoors in 2021 of course to main social distancing and a safer event.

The words rock and hard place come to mind … while many will be disappointed, others will see this as perhaps the only sensible way forward. The cancellation has by and large been well accepted by most people in the UK. That is partly because the KC put a great deal of thought into its decision and also because it has explained very clearly in its cancellation announcement the reasons for arriving at that decision.  It is clear that it has evaluated the effect of its resolving to cancel on everyone involved … not least of which would be people from places like the USA booking flights and hotel accommodation at this stage

The KC concluded its statement by saying that it “would like to take this opportunity to thank the shows who were willing to partner with Crufts due to the clash of dates when Crufts was moved to July and also all the other shows and canine events that had been affected by the date change. We would also like to thank the NEC, its sponsors and Channel 4, for the understanding that everyone has shown. It is very much appreciated.”

Meantime the KC says that it will continue to provide any assistance it can with other shows and events this year, and will try to ensure canine activities get up and running in the safest possible way. It looks forward to “welcoming everyone back to Crufts next year in its full glory from 10 - 13 March 2022.”

We can only wait and see whether we will all be there, vaccinated and mask less!

© Dog News. This article may not be reposted, reprinted, rewritten, excerpted or otherwise duplicated in any medium without the express written permission of the publisher.
Tue, 04/06/2021 - 10:50pm