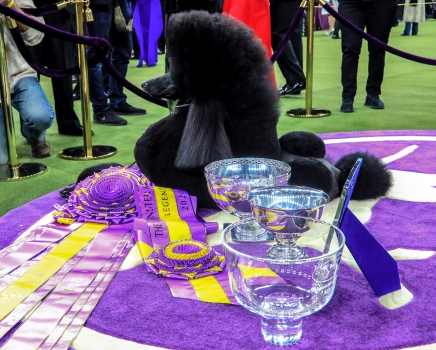 Where Are They Now?

The 2012-2021 Westminster Best in Show winners
By
Denise Flaim

When you’ve reached the pinnacle of success – which for many in our world means winning Best in Show at Westminster – retirement is the logical next step. Though most previous Garden winners from recent years have disappeared from the ring – and some, sadly but inevitably, from the lives of the owners with whom they spent their final years – their presence stands eternally in the records books. Here are the last 10 Westminster Best in Show winners and where they are today. 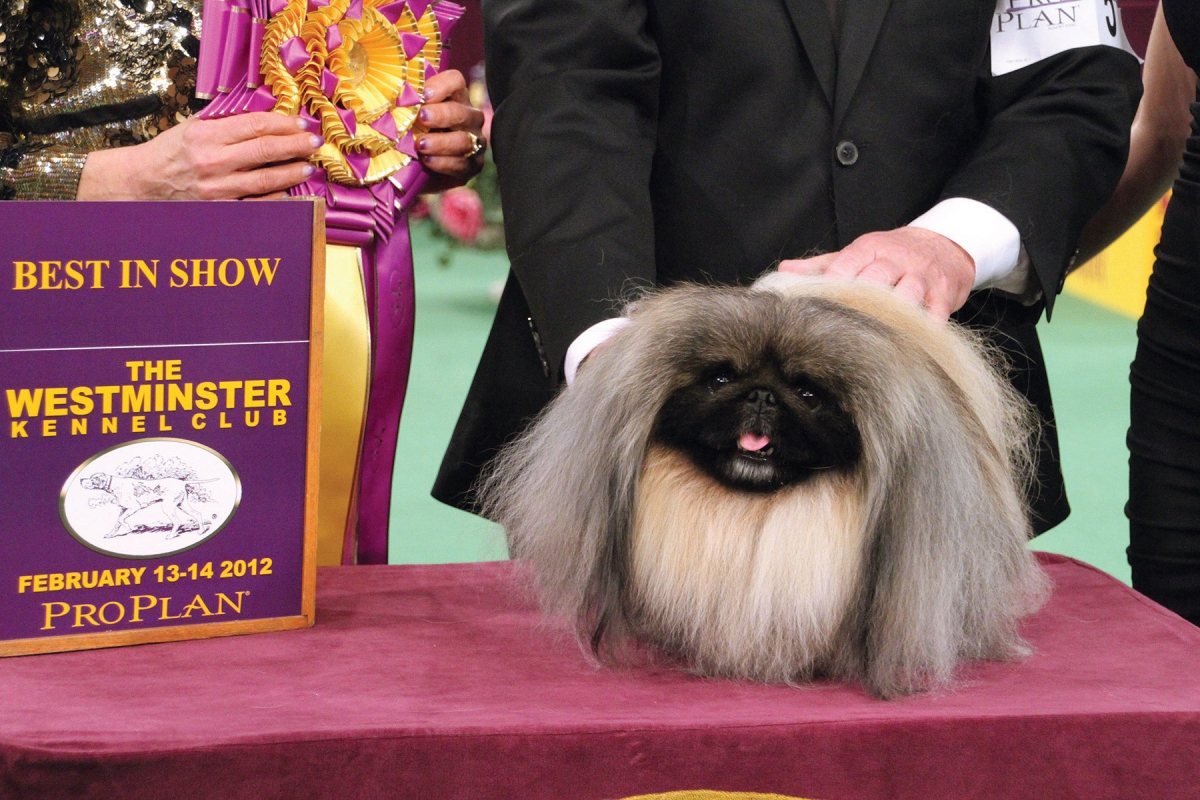 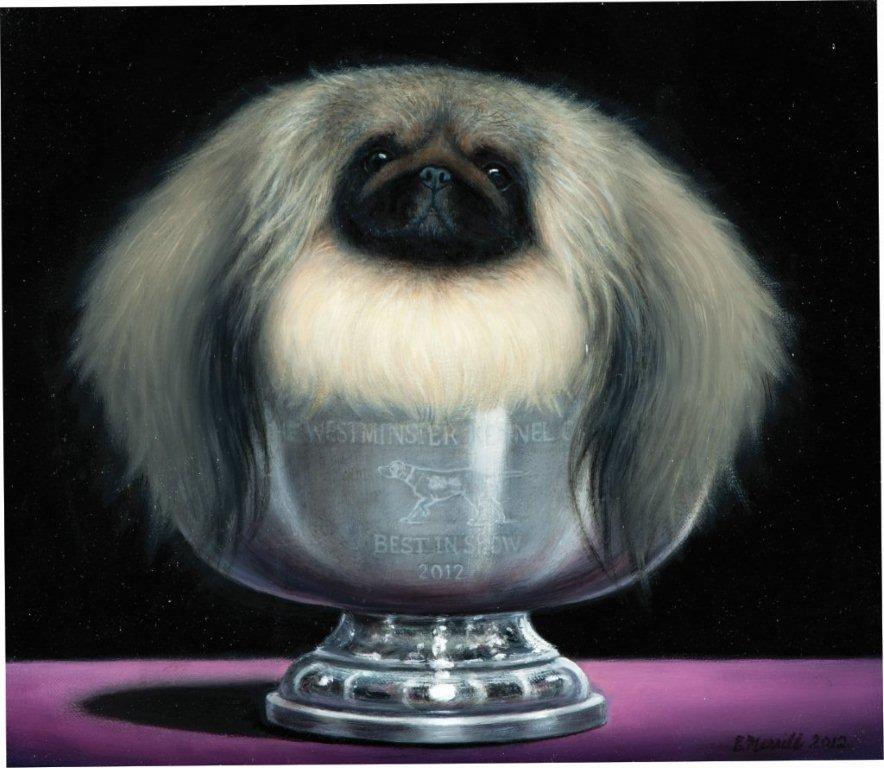 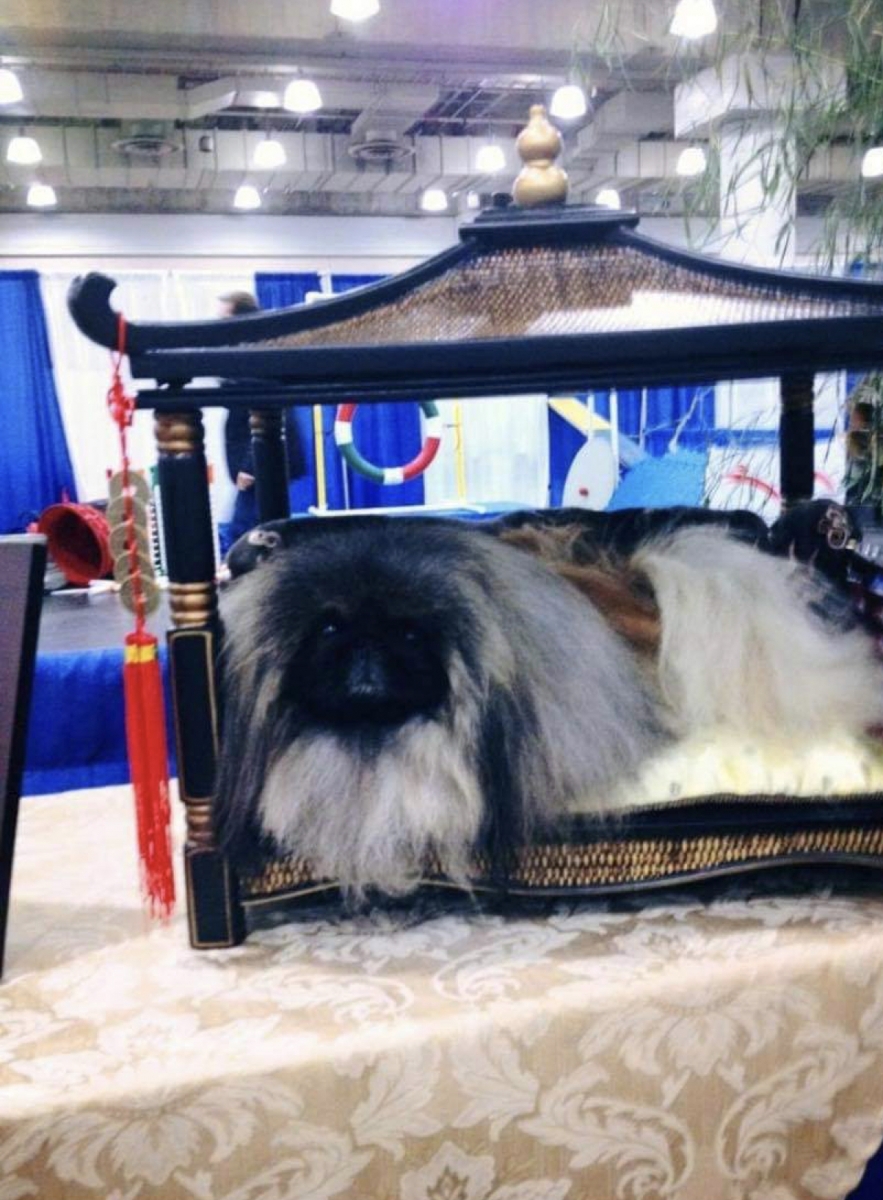 Nothing matters more than knowing who you are. While press accounts after his Garden win compared him to a troll doll, a Wookie, even – the deepest cut of all – Snooki from “Jersey Shore” – Malachy continued to move through the world with the dignity and gravitas that has defined his palace-dwelling forebears for millennia. It was this unshakeable sense of self that owner-handler David Fitzpatrick says Malachy possessed from the moment he walked out of the crate at Newark Airport as a 4-month-old British import.

After the Garden, Malachy returned home to East Berlin, Pennsylvania, with Fitzpatrick to become “the ruler of the roost.” His canine co-habitants might be playing or romping, “but when Malachy walked through the crowd, it was like the seas parting,” Fitzpatrick says. “He commanded the respect of the whole household. They just knew – he was the king. They’ve never done that for any other dog.”

Malachy died in 2017 at the age of nine, and Fitzpatrick says he was characteristically stoic to the end. “He was a fabulous character, and just a real gentleman.”

America may be the land of milk and honey, but not all immigrants choose to stay. That was the case with Netherlands-born Banana Joe, who after becoming the first-ever Affenpinscher to scale the heights of a Westminster Best in Show returned home to live with his breeder-owner Mieke Cooijmans. 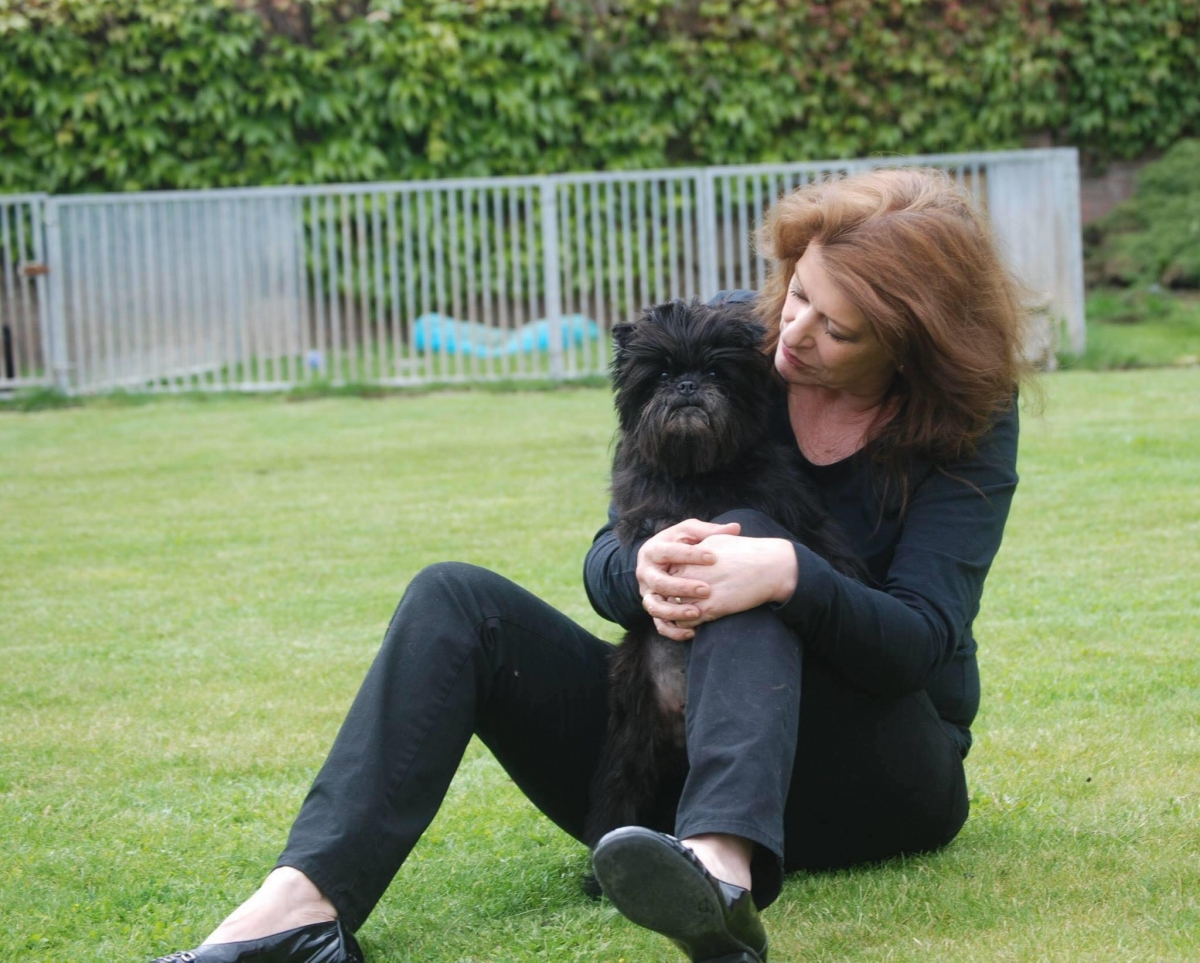 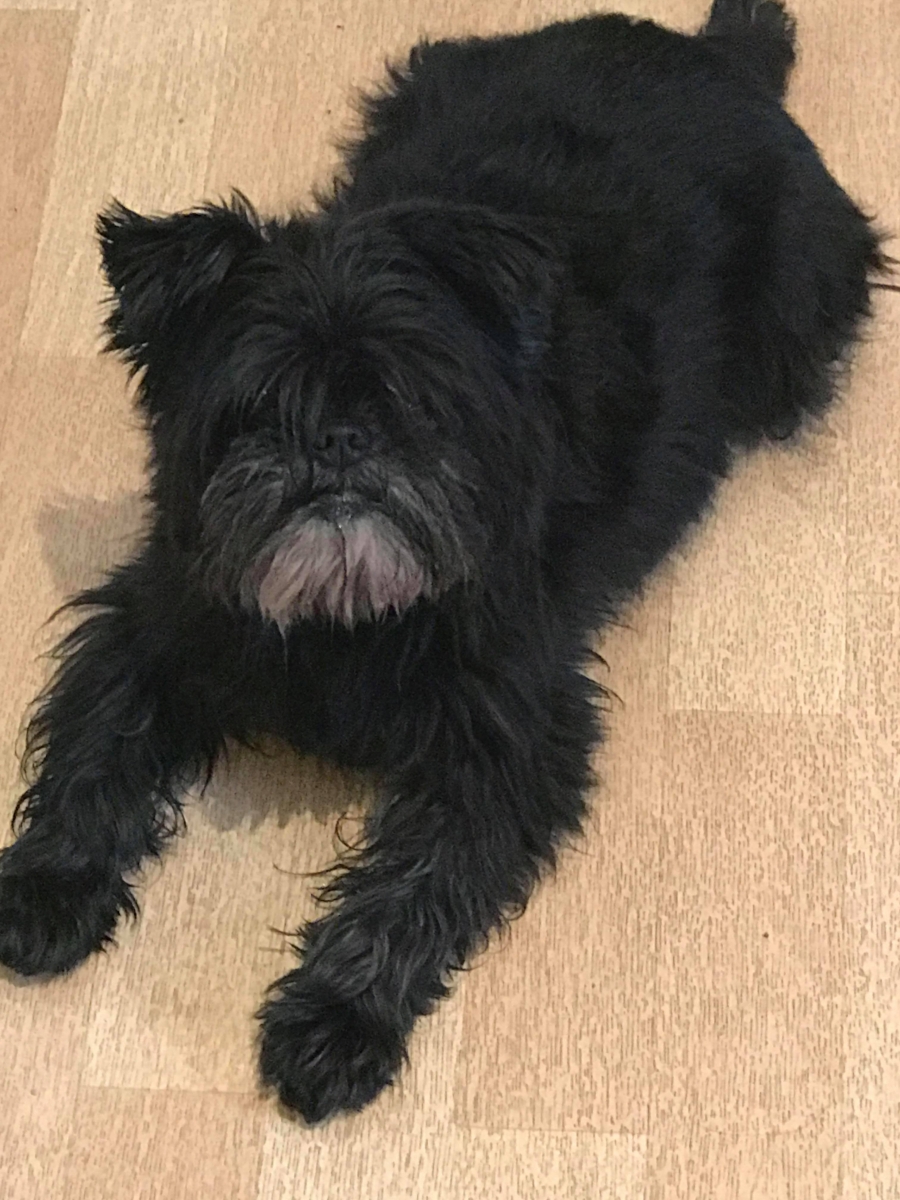 After sharing Joe with the world for three years – he responded to commands in English, Dutch, Spanish and German – Cooijmans was delighted to have him on her side of the Atlantic. “He remembered everything, even his buddies,” says Cooijmans, whose primary job was spoiling him with abandon. That included a serving of spaghetti once a week, as well as a weekly scoop of Ben & Jerry’s ice cream.

Cooijmans says Joe passed away peacefully in August at the ripe old age of 14. 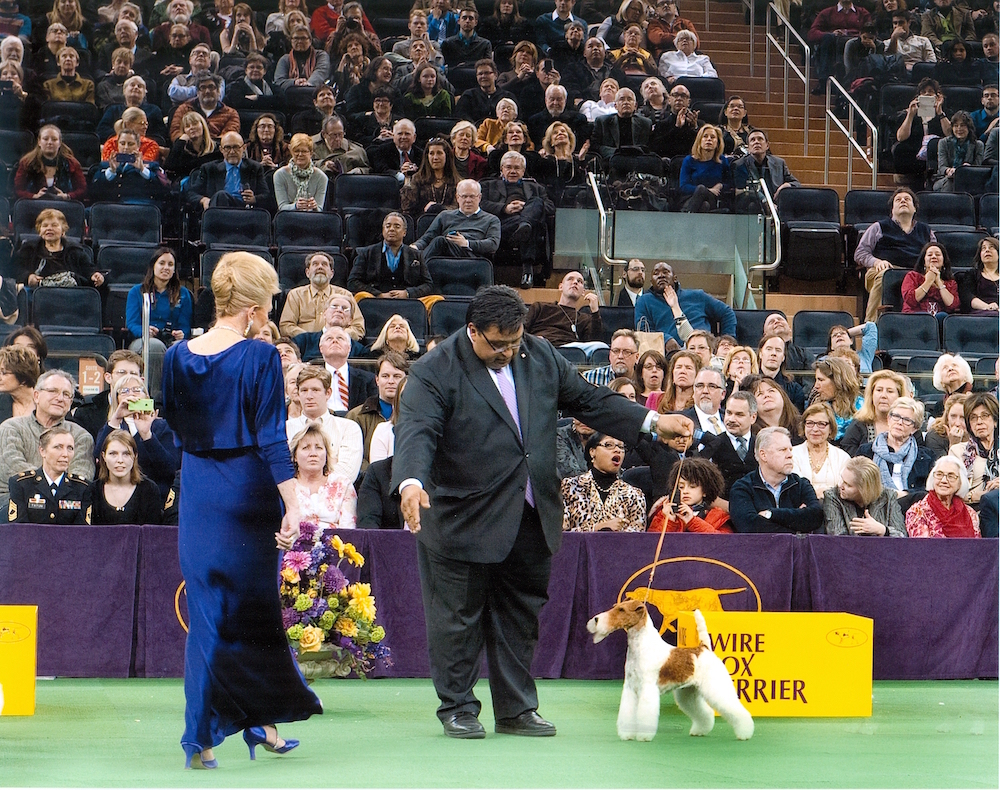 After her big Westminster win in 2014, Sky returned to the home of her longtime owner Diane Ryan, who had chosen her as a puppy because she had always wanted a ginger Wire Fox Terrier. But Ryan eventually determined that adding Sky back into her household would pose its challenges – Sky is a “princess” who is not always happy to share her space with other dogs, notes her handler Gabriel Rangel. So Sky went to live with Rangel, who had started showing her as a yearling puppy and has lived with Sky for most of her life. 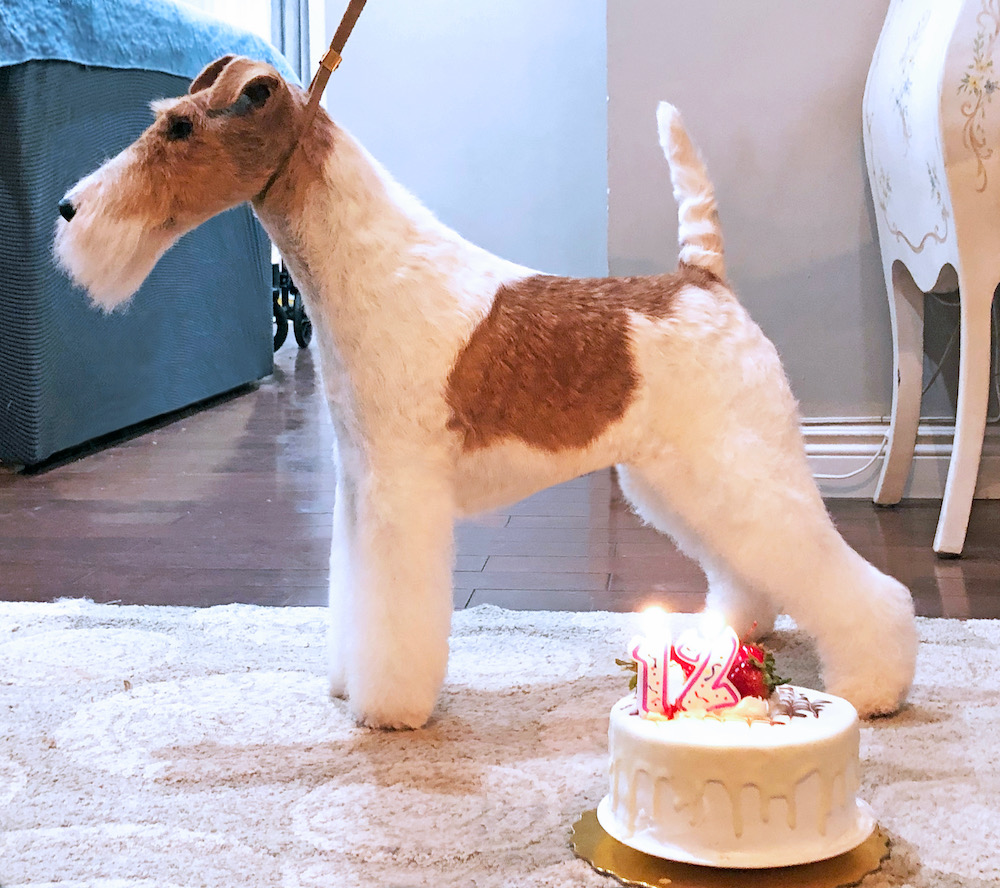 Later this month, Sky will mark her 14th birthday at the Rangel home in Rialto, California. Previous celebrations have included an elaborately decorated birthday cake. Rangel groomed Sky up just as impeccably, and took photographs of both stunning confections before Sky was permitted to dig in.

“She really went for it. She was eating it like crazy,” Rangel says of the cake. “She got it all over the place – we didn’t get any of it.” Such is life with a terrier. 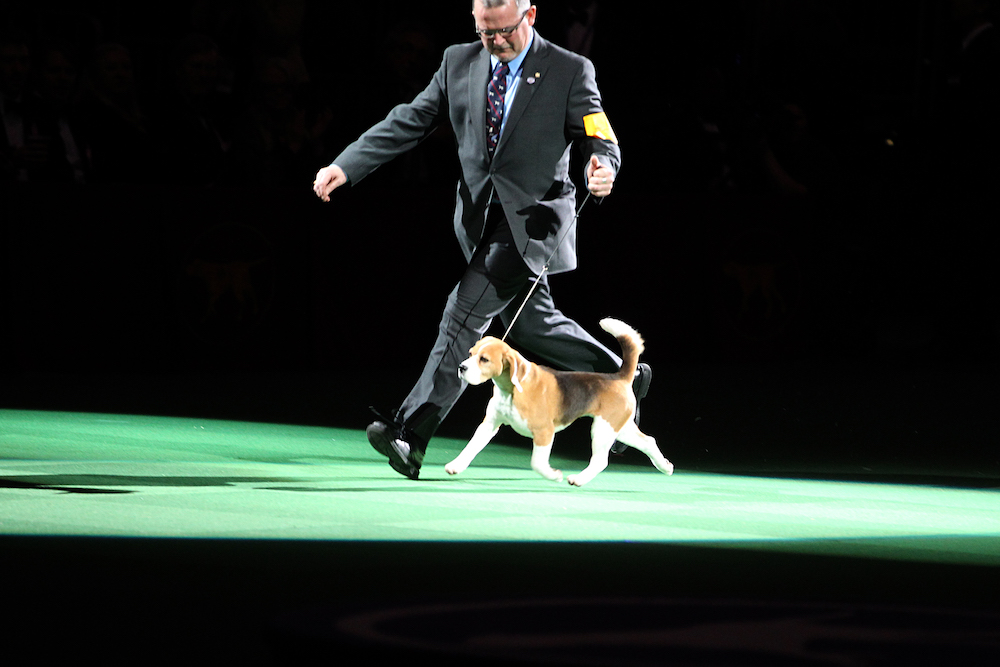 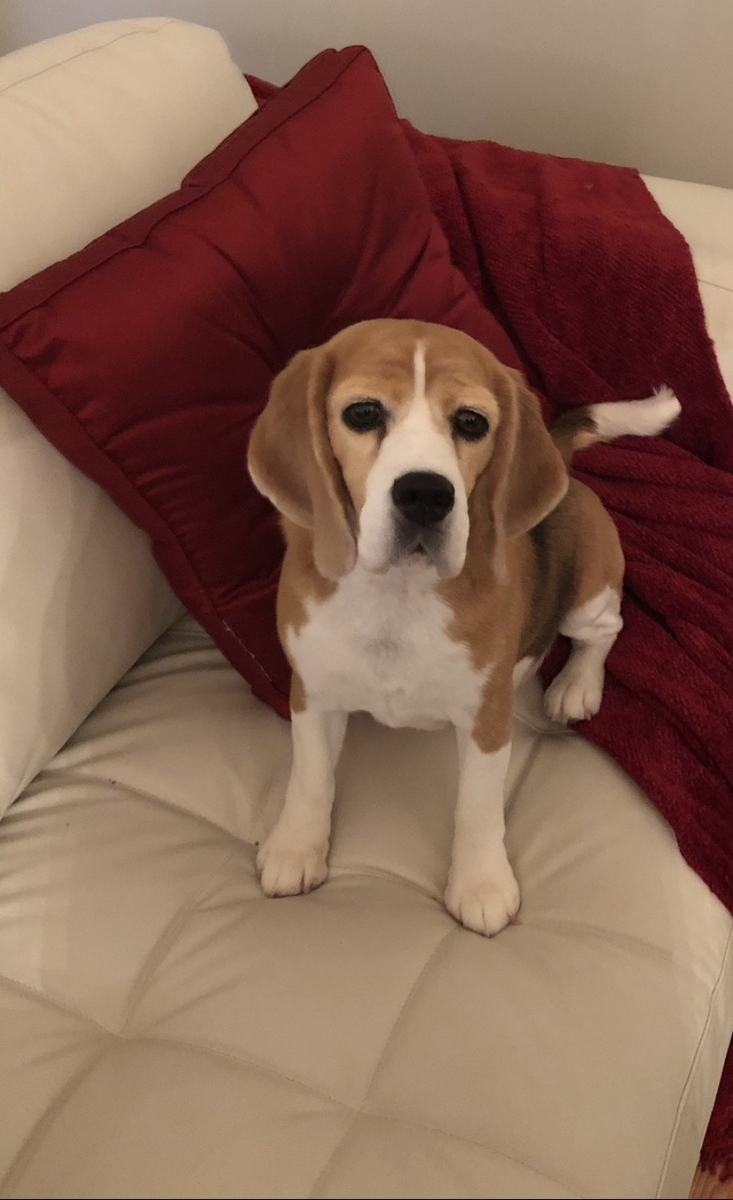 In case you didn’t know, the “P” in “Miss P” stands for Peyton, although during her show career handler William Alexander liked to joke that “Princess” was more apt.

“It’s all about her. She’s so demanding,” Alexander told curious reporters at the time. “She thinks she’s the biggest dog in the dog show.”

After her 2015 triumph – only the second time a Beagle won Best at the Garden, on the heels of her great-uncle Uno’s win seven years earlier – Miss P retired with her breeder/owner Lori Crandlemire in British Columbia, Canada. There, she shared her life with some Doberman Pinschers and a bunch of Beagles.

Motherhood – natch – was on the docket, and co-owner Eddie Dziuk has one of her sons, “who I adore and who reminds me of his famed dam on a daily basis.”

The plucky Miss P, who even as a senior citizen loved outrunning her pack of Beagles at home, celebrated her 11th birthday in January. Sadly, she died in her sleep a few months later. 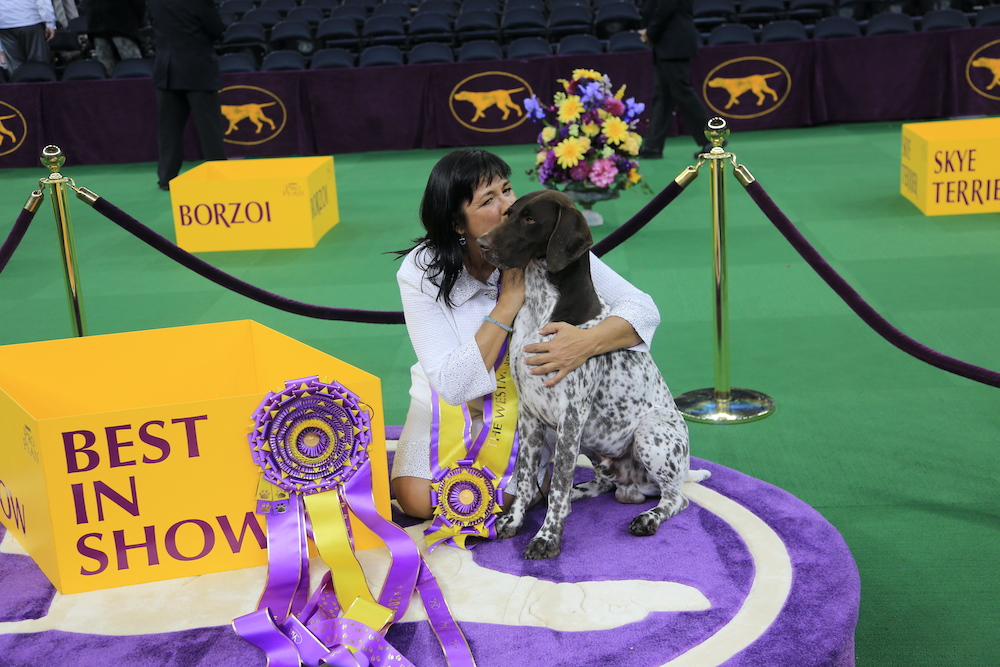 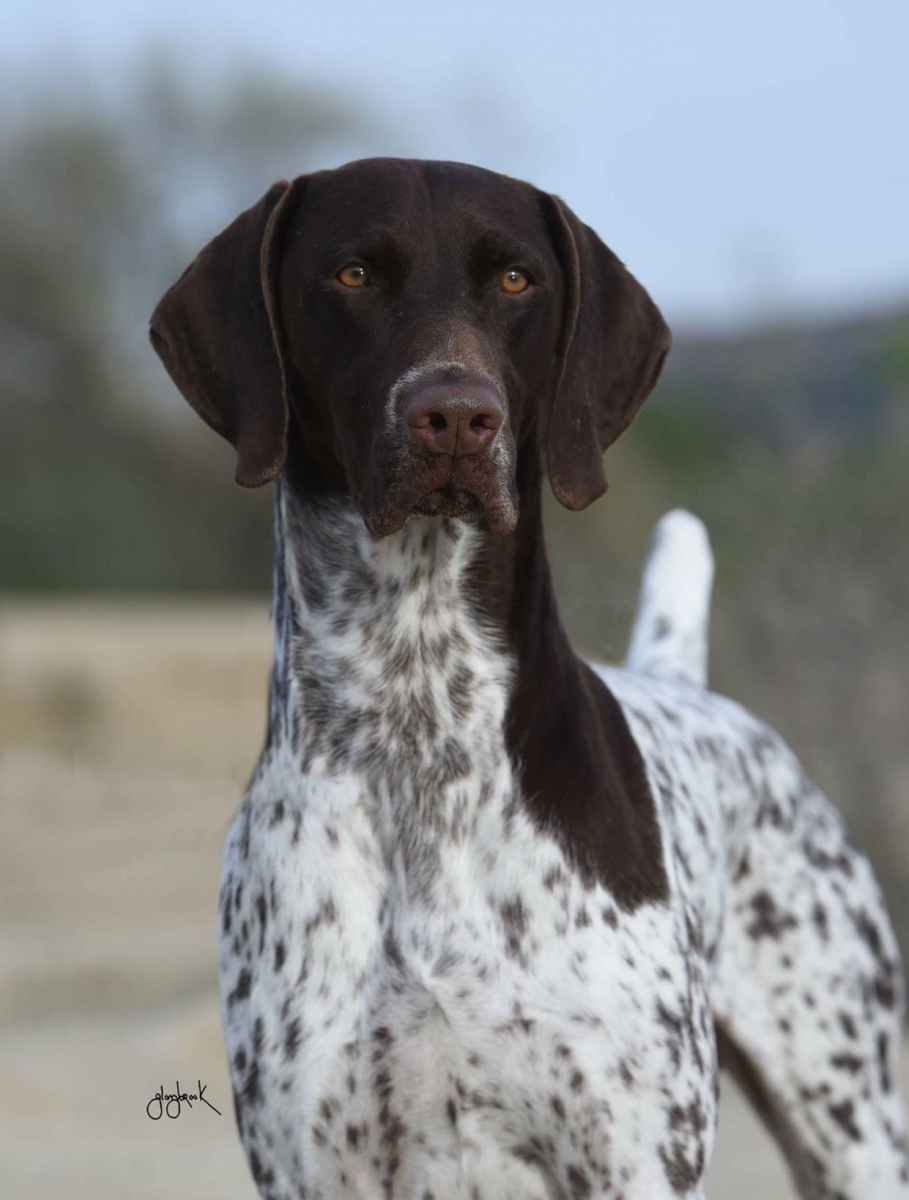 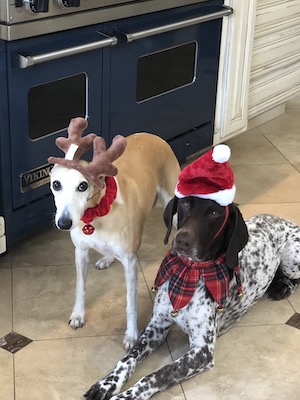 Backward glances can be bittersweet. That’s the case with “CJ,” who at a mere three years old became the third German Shorthaired Pointer to win top honors at the Garden, following his grandmother Carlee’s win in 2005.

The charismatic CJ enjoyed an active post-show life with breeder-owner-handler Valerie Nunes-Atkinson of Temecula, California, running around the manicured paddocks with his friend Ramona the Whippet, starring in advertisements for the joint supplement Cosequin, and good-naturedly tolerating dress-up play sessions with her children.

But in the middle of last year, 7-year-old C.J. started showing some baffling symptoms, including lameness, neck soreness and blood in his urine. After a month and a half of extensive testing, he was diagnosed with cryptococcus, a fungal disease transmitted by some species of birds. The invisible spores entered his body and attacked his central nervous system. The last two weeks of his life CJ presented with lymphoma, which had taken hold after the cryptococcus infection weakened immune system.

CJ passed last September with Nunes-Atkinson, her son Garrett, Ramona the Whippet and his feline friend Tootsie at his side. “Goodbyes hurt the most when the story wasn’t finished,” Nunes-Atkinson wrote in a tribute published in this magazine about the dog she described as an “old soul.” He lives on in his progeny, which in the limited time he was at stud include the number-one GSPs in the U.SA., Australia and the top dog all breeds in Mexico – all from different dams. 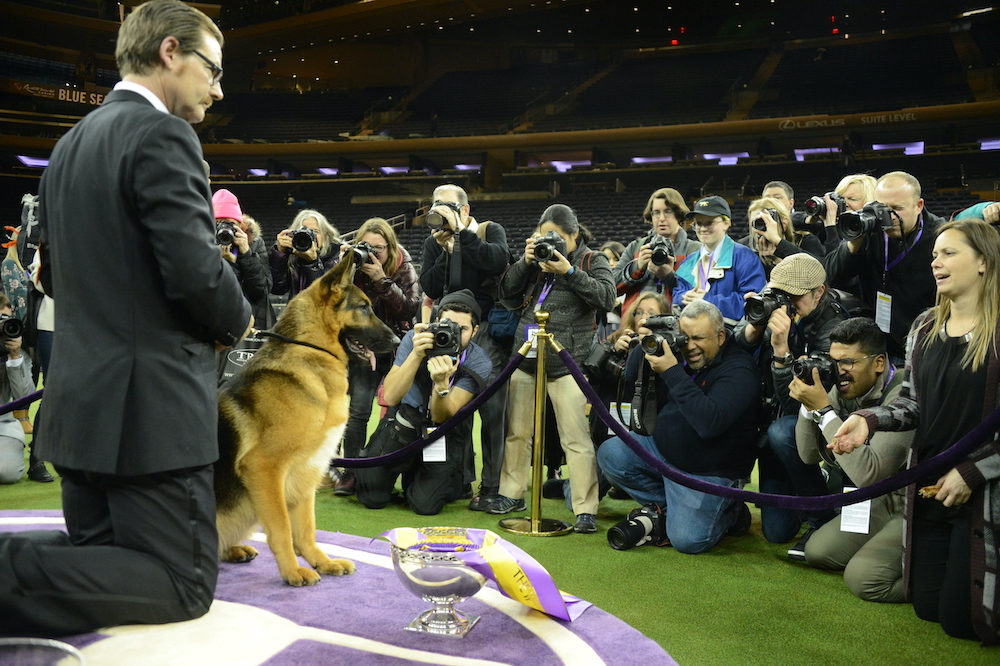 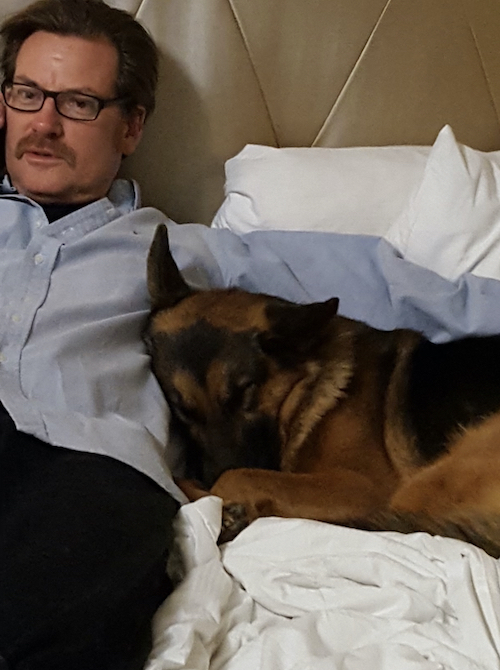 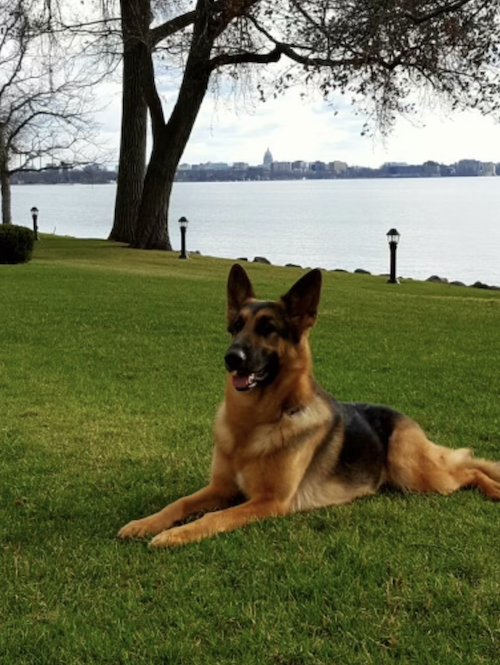 Retirement comes easy for some show dogs, but not for others. You can count Rumor in the latter group: For a solid six months after returning home to Edgerton, Wisconsin, after her 2017 Westminster Best in Show, breeder-owner Kent Boyles says his German Shepherd would “go out of her mind whenever I was packing my clothes or the truck.”

The only solution? Rumor rode shotgun to and from the shows.

Motherhood, thankfully, has made her more of a homebody. Rumor has had two litters since retiring from the ring. Boyles donated four puppies from her first litter of eight to a service-dog organization, with two of them going on to live with veterans with post-traumatic stress disorder.

Now almost 10 years old, Rumor still “gets her nose out of joint” whenever he is training a new prospect, Boyles reports. But given that her current favorite activity is snoozing on the bed, it appears she’s come to the conclusion that retirement does have its advantages.

GCHP Belle Creek’s All I Care About Is Love 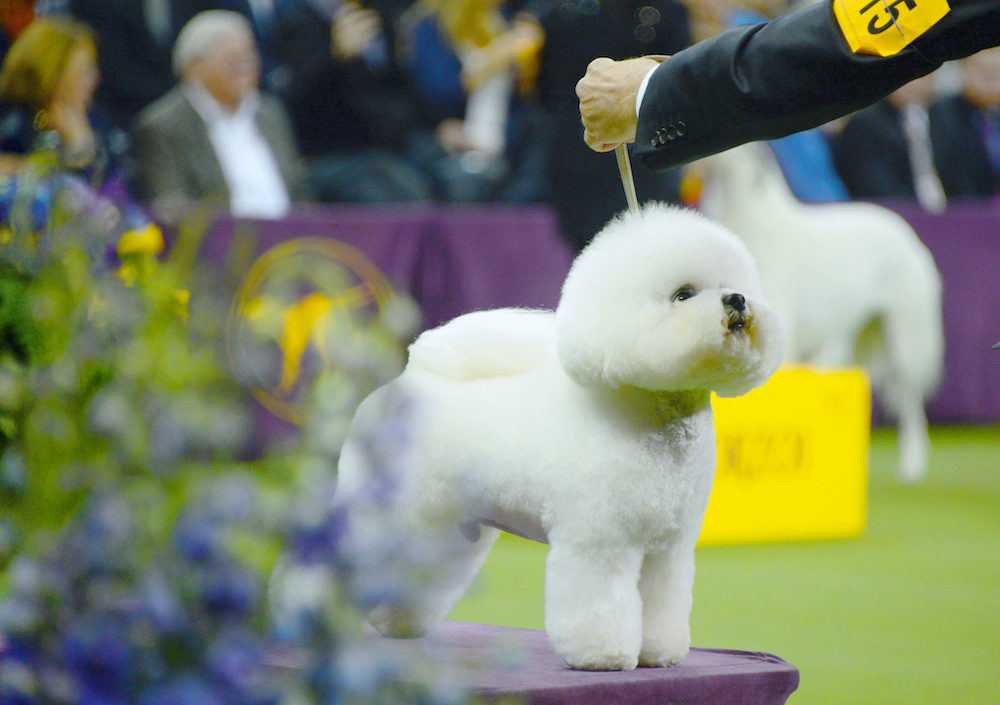 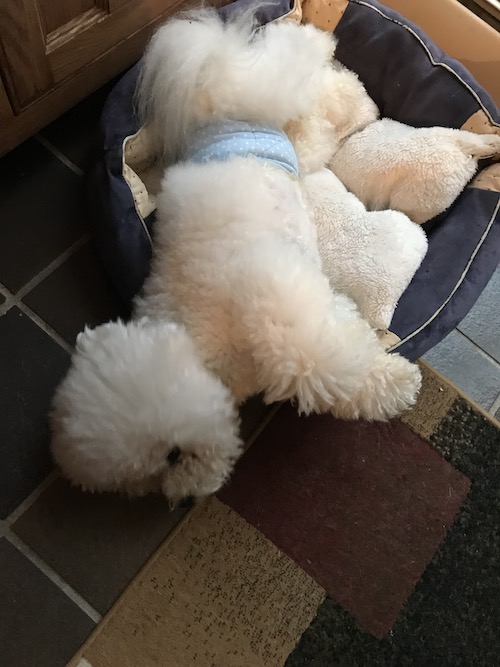 Now 10 years old, Flynn lives with his breeder-owners, Lorrie Carlton and her veterinarian-husband Larry Letsche, in Plymouth, Michigan. Carlton cheerfully reports that Flynn has always been “totally girl crazy,” and with fruitful results: This irresistible powderpuff of a dog has sired 22 champions to date, including several group and specialty winners and a BIS winner in Korea. When the other canines in the house need reminding about who’s boss, Flynn is quick to oblige, but “in a nice way,” Carlton says – mostly by marking. Belly band time! 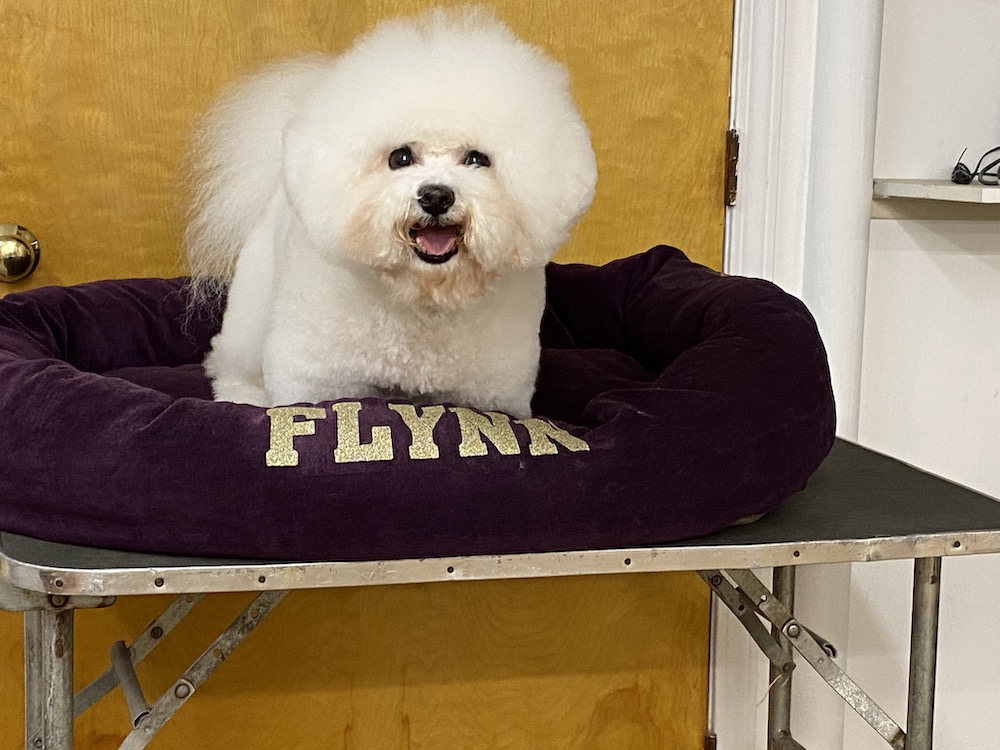 Flynn sometimes travels to Letsche’s veterinary clinic (with occasional outings to the bank and local coffee shop), luxuriating in his own personalized dog bed made for him by a client. “Before Covid, he would delight in having the clients come in and pet him along with taking cell-phone pictures,” Carlton says. And when Flynn’s not showing off to his admirers? “He’s just a normal dog.” 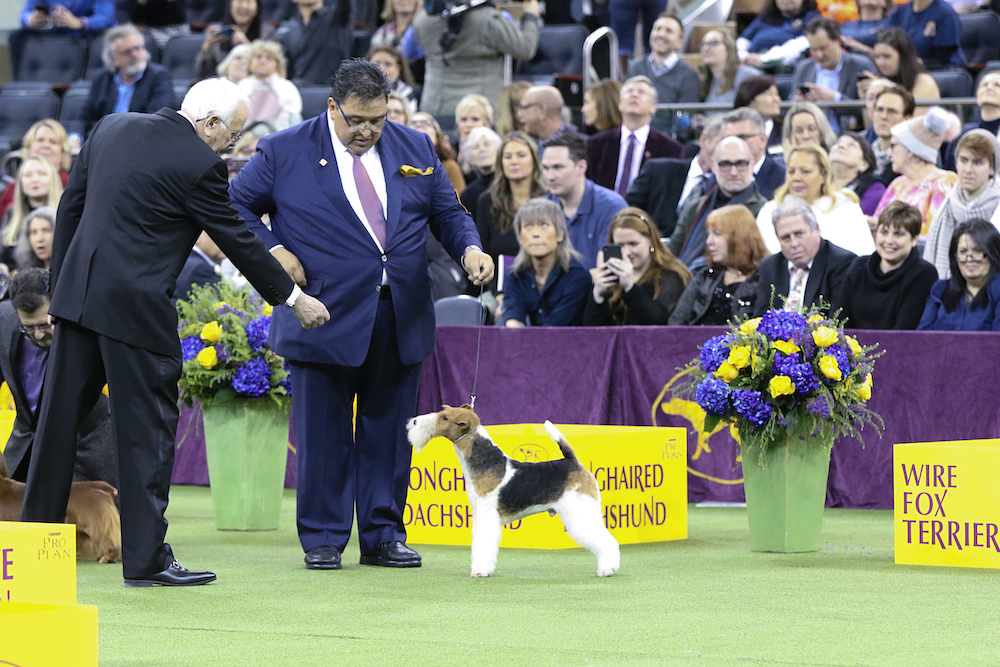 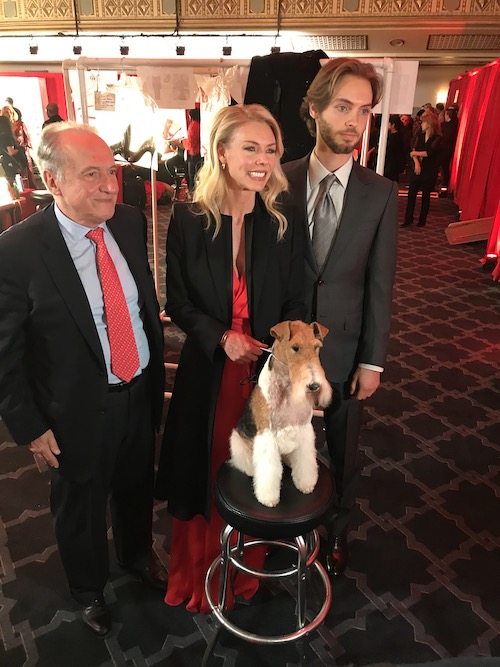 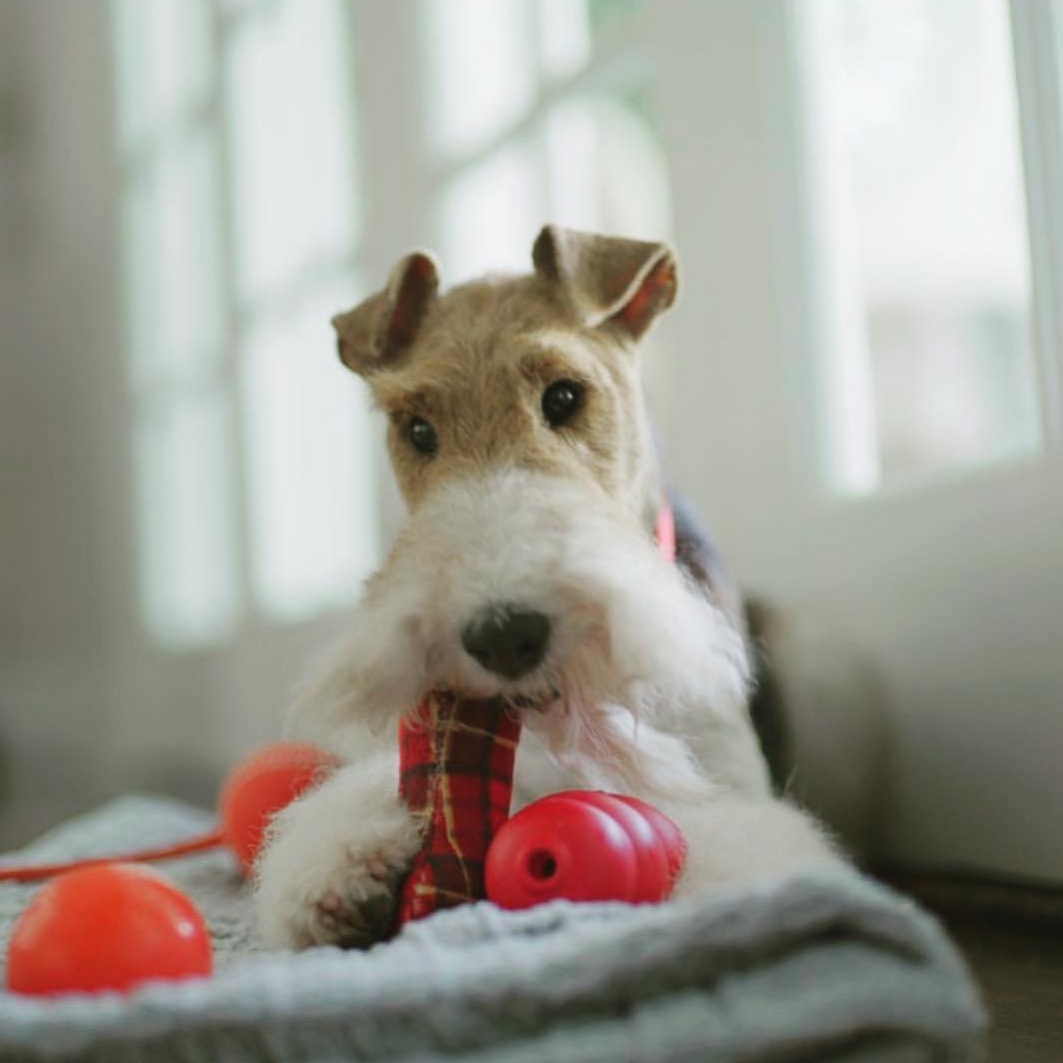 King’s victory three years ago was perfectly on trend for his breed: Wire Fox Terriers have always been the winningest dogs at Westminster, ending up as top dog 15 times out of 112 shows, or almost 10 percent of the time.

For his part, this Belgian-born wire arrived on this side of the Atlantic with an already sterling show record, having won the Terrier Group at the uber-prestigious World Dog Show in 2014 and again in 2015.

After his 2019 Westminster triumph, King retired with owners Victor and Susan Malzoni. They report that he is a “very energetic and happy” soul that loves to play with their other house dogs. And as for the humans in the household, he prefers them to be homebodies like him, gently pulling them back by the pants leg if they attempt to leave. 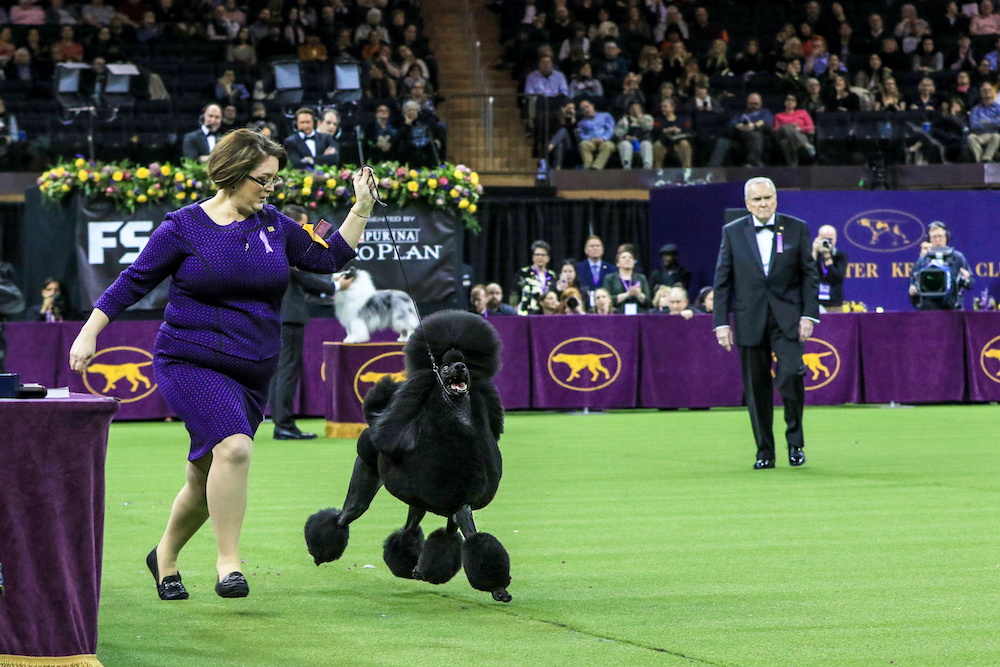 Like their human counterparts, bitches on the show circuit inevitably delay having little ones until their career goals are achieved. So it should come as no surprise that after some running around in 2020 – literally, as she earned two legs of her Fast Cat title last year – a more casually coiffed Siba became a mother of eight soon after her Garden win. 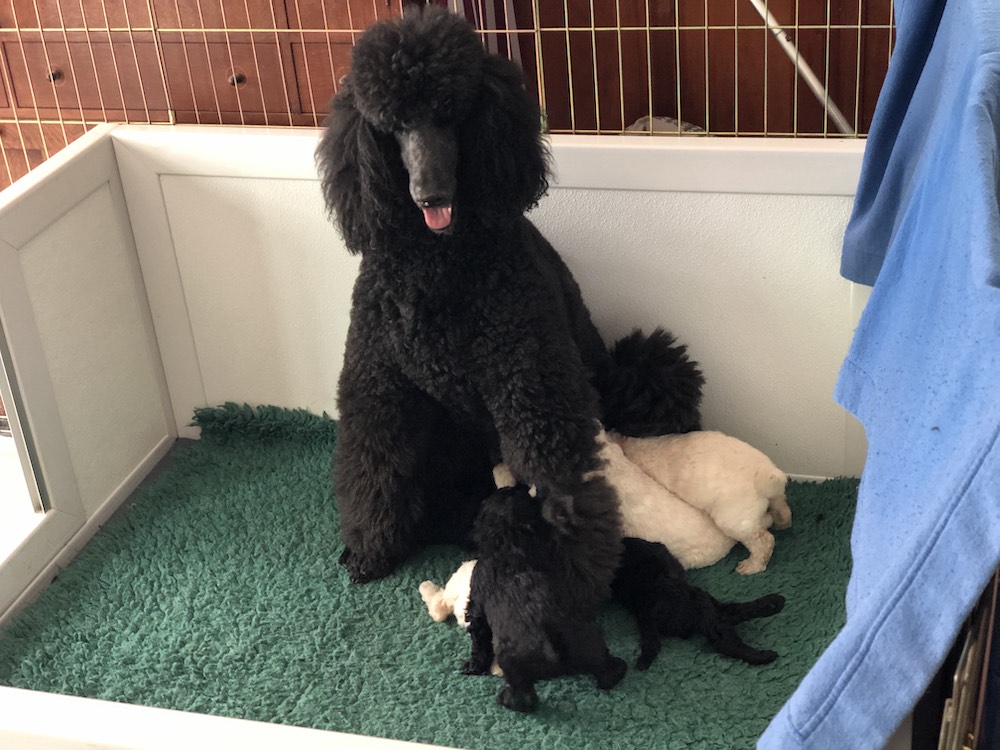 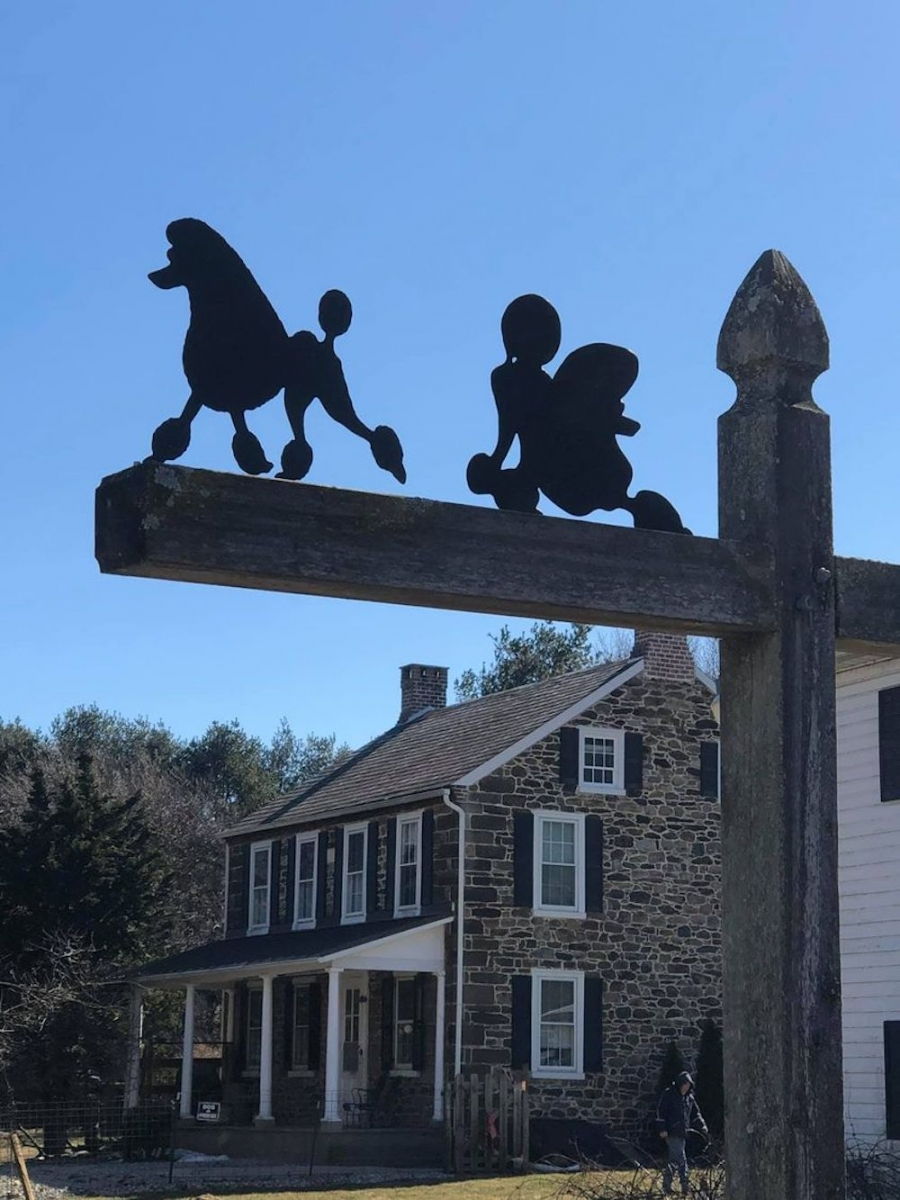 After a second litter with a singleton puppy nicknamed Parker the Barker, today Siba is again in whelp, with a due date of June 22. Ironically, her veterinarian, Dr. Joseph Rossi, won’t be on hand to oversee the delivery, as he will be at Westminster, which is honoring him as the show’s Veterinarian of the Year.

“Siba is my shadow, and wants to be and go with me everywhere,” says breeder-owner Connie Unger, whose Northampton, Pennsylvania, home has a custom-ordered mailbox topper featuring a silhouette of Siba performing her signature ringside bow. “She is the perfect companion.” 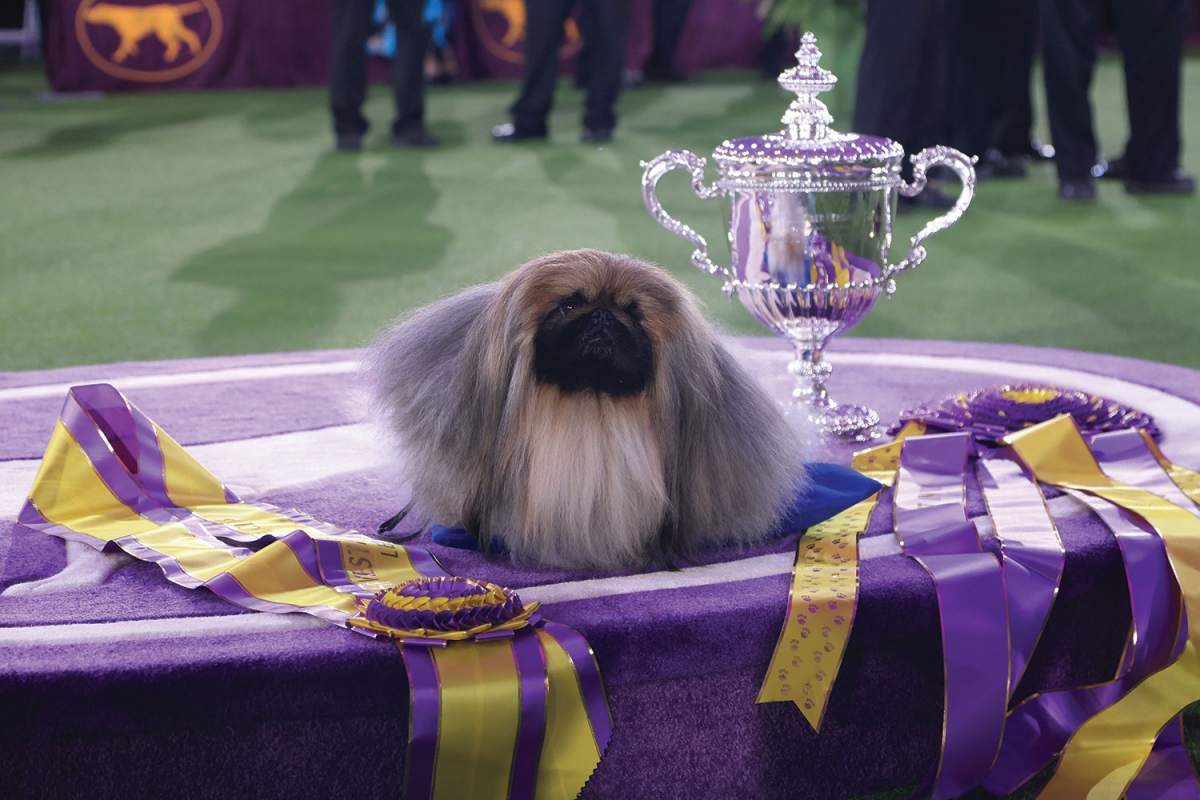 You’d be forgiven if you didn’t recognize last year’s Westminster winner right off the bat these days: Four-year-old Wasabi has just had a short haircut in anticipation of the dog days of summer.

“He’s acting like a puppy,” says breeder-owner-handler David Fitzpatrick, who is known worldwide for his wildly successful dynasty of Pekingese. In fact, Wasabi’s grandfather Malachy won Best in Show at the Garden himself in 2012, and his father Chuckie won the Toy Group there in 2017.

Last year’s BIS judge, the iconic Patricia Trotter, noted that her winner was diminutive only in size, and certainly not attitude. “Wasabi stood as though he was a lion,” she later commented, “as though he was 10 feet tall.”

As one might expect, Wasabi hasn’t slowed down after retiring at such a youthful age: He has sired three litters since last year’s big win, with two champions so far to show for it. He recently sat for an interview with a New York Times reporter, and delights in greeting visitors.

“He’s kind of tired of me,” says a cheerful Fitzpatrick, who after these many decades knows that the best way to live with a breed that has been a coddled palace pet for millennia is just to acknowledge its regal self-importance. “Honestly, he’s a darling dog, and I appreciate his cooperation.”

© Dog News. This article may not be reposted, reprinted, rewritten, excerpted or otherwise duplicated in any medium without the express written permission of the publisher.
Wed, 06/15/2022 - 11:06pm