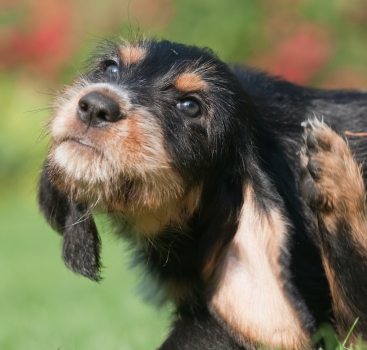 The medication that might cost Medina Spirit his Kentucky Derby victory is something that you could have in your dog medicine chest.

Are You Drugging Your Dog?

It seems like the Kentucky Derby is producing headlines for the wrong reasons all too often lately. This year the winning horse, Medina Spirit, provided a feel-good story of the little horse that could. He was sold as a weanling for just $1,000 and then won the most important race in the U.S. It was a feel-good story – that is, right up until the news broke that his drug test came back positive.

Of course, it’s not that simple. His trainer, the legendary Bob Baffert, has explained that the horse was treated topically for dermatitis on his rear quarters. The medication – a corticosteroid – was given to the barn staff to apply to the horse by a veterinarian.

Here’s the kicker: The medication that might cost Medina Spirit his Kentucky Derby victory is something that you could have in your dog medicine chest.

I’m not here to defend Bob Baffert. The man trains million-dollar horses to win million-dollar races. He doesn’t need help from a dog writer. But there are a few things to consider as this story plays out.

The substance in question is called betamethasone. Betamethasone is a corticosteroid. It is sometimes injected into a horse’s joints to help relieve inflammation. Baffert denied that the horse had ever received any injections and said, at first, that he didn’t know how the horse’s sample could have contained this drug, even in small amounts. A day later he walked back his statement and said that the horse had been treated, topically, with Otomax for a persistent rash on his rear quarters. The Otomax had been given to the staff to treat Medina Spirit by Baffert’s vet.

If Otomax sounds familiar to you, it probably should. It’s possible that you have a tube of it sitting in your house at this moment, given to you by your own veterinarian. I do. Otomax, made by Merck, is a common ointment given to dogs to treat yeast and bacterial infections such as ear infections. You can get it from your veterinarian or buy it online with a prescription. It’s extremely common. Chances are that if you have used it, you probably didn’t ask your vet about the ingredients.

If you don’t know every ingredient in the medications you give to your dog, maybe Baffert wasn’t aware either. He should have been, even though he trains a lot of horses that often run at different locations. Racing regulations make trainers responsible if their horses have a positive drug test, so it’s up to a trainer to be vigilant about the ingredients in medications and their withdrawal periods.

Likewise, maybe we, as dog owners, should also make sure we know the ingredients in what we are giving to our dogs. It might not cost us the Kentucky Derby if we don’t know what’s in a tube of cream, but we should know what we’re giving our dogs even if it’s handed to us by a veterinarian.

For the record, betamethasone, the corticosteroid in Otomax, is not a banned substance. Kentucky racing regulations allow its use. The caveat is that it cannot be used within 14 days of racing. There is a very low threshold for how much of the substance can remain in a horse’s system on race day. When Medina Spirit was tested following the Kentucky Derby, the sample showed that he had 21 picograms of the substance. A picogram is one-trillionth of a gram.

Few people believe that betamethasone, as a corticosteroid, would have enhanced Medina Spirit’s performance, but rules are rules. There is a split sample, taken at the same time as the original sample. It will take several weeks for results to be known, but if it comes back with the same results, Medina Spirit will be disqualified as the Kentucky Derby winner.

Medina Spirit was allowed to race in the Preakness. Maryland racing officials worked out a deal with Baffert to test the horse multiple times in the days leading up to the race to make sure he had no drugs in his system. He did not. The horse ran a very credible third after leading much of the way in the 1 3/16-mile race. Instead of waiting for the results of the split sample, the New York Racing Association (NYRA) has already announced that Baffert and any horse trained by him or a member of his staff is temporarily banned from racing at New York tracks. So, unless Medina Spirit is moved to another trainer, he will likely not run in the Belmont Stakes.

Opinions have been flying fast and furious about this case, as you can imagine. There are Baffert supporters and Baffert haters. There are people who think this is a black eye for racing, and others who think that this is the way to clean up any perception that racing allows cheaters to win. This is DOG NEWS, so it’s not the place to get into horse-racing infighting.

One opinion that does stand out came from legendary trainer D. Wayne Lukas.

“I would absolutely today tell my colleagues that we need to just dismiss this, throw it out, put the Derby winner back on the throne and move on,” Lukas said. “Obviously (21) picograms or whatever that horse had had no effect on the race or his performance. And every vet and every scientist and every lab will tell you that. You almost think the lab should probably have poured it down the sink in the first place.”

On Thursday, Lukas said the current testing is too sensitive.

“Somebody has to step up and say, ‘Whoa, wait a minute. We need to look at these thresholds a little bit better.’”

Lukas caused a ruckus by saying the lab should probably have poured the sample down the sink, but he makes a valid point about the thresholds for testing. Years ago, drug testing was not very sensitive. Today, even the most minute amount of a substance can be detected. The lab testing used today is the same as that used for Olympic athletes. With testing this sensitive, it may be necessary to adjust the threshold numbers for some tests or we will see more horses disqualified for accidental overages.

While an Olympic athlete may be able to control everything he eats and puts in his body, it might be slightly less reasonable to expect the same level of control with a horse that lives in a stable, tended to by multiple people, and often open to the public, where visitors feed treats.

As for dogs and drugs, the AKC regulations are clear in Rules Applying to Dog Shows, Chapter 11, Section 8.

...A dog is considered changed in appearance by artificial means if it has been subjected to any type of procedure, substance or drugs that have the effect of obscuring, disguising or eliminating any congenital or hereditary abnormality or any undesirable characteristic, or that does anything to improve a dog’s natural appearance, temperament, bite or gait. Even procedures, substances and drugs which are absolutely necessary to the health and comfort of a dog shall disqualify that dog from competition if the former had the incidental effect of changing or even improving the dog’s appearance, temperament, bite or gait. There may be cases in which a veterinarian has prescribed some drug as being necessary for the health of a dog. In such cases, the veterinarian’s advice should be followed, but the dog should be withheld from competition in dog shows until all possible effects of the drug have worn off. Procedures that would in and of themselves be considered a change in appearance by artificial means and make a dog ineligible for shows include, but are not limited to:

1. The correction of entropion, ectropion, trichiasis or distichiasis.

2. Trimming, removing or tattooing of the third eyelid (nictitating membrane)

3. The insertion of an eye prosthesis

5. Any procedure to change ear set or carriage other than permitted by the breed standard

6. Restorative dental procedures, the use of bands or braces on teeth, or any alteration of the dental arcade

11. Altering the set or carriage of the tail

Notice that the section says, more than once:  anything to improve a dog’s natural appearance, temperament, bite or gait. Even if it’s prescribed by your vet, for the health of your dog.

These are the rules. Do people break them? I hear stories that some people do. You may pick up some pretty ribbons, but these are things that will be passed on to the next generation, so you’ll see them again in the whelping box.

Bob Baffert and Medina Spirit may lose the Kentucky Derby this year because the horse was given a topical ointment that you probably have in your home for dog ear infections. Thankfully, that ointment is okay to give to dogs. But we all need to be careful when we show dogs that we are not doing things that could put us in the same situation as Bob Baffert. It’s our responsibility to know the rules and to follow them.

© Dog News. This article may not be reposted, reprinted, rewritten, excerpted or otherwise duplicated in any medium without the express written permission of the publisher.
Mon, 05/24/2021 - 10:59pm