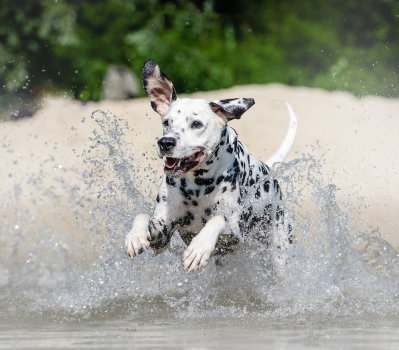 The World Dog Press Association’s Professional Writers and Photographers Annual Competition has taken place for the past three years. In 2018 and 2019, the awards ceremony was held at the World Dog Show and the European Show, but 2020 turned out to be different, as we all know.

The original plan was to hold the award ceremony at the World Show in Madrid, which has been postponed twice, making it a bit difficult to schedule the ceremony. So the World Dog Press Association (WDPA) board decided to hold the competition online.

There are five categories. One is for articles written by members, while the other four are for photographs – portraits, man's best friend, sport and activities, and open, which is for photos that do not fit the other three categories.

We also invited Ali Smith, England, editor of Our Dogs, to judge the writing competition with Dr. Barbara Anderson of the U.S., reporter for Dog News, and Sue E. Bownds, an Australian all-round judge and high-school principal.

We received a respectable entry of three articles and 91 photos from 24 members, many of whom entered their work in all four categories. The entries came from the U.S., U.K., Russia, Israel, Finland, Netherlands, Lithuania, Ukraine and several other European countries. In the course of the competition, we added two more judges to help determine the final scores: Paul Scanlon of Our Dogs Ireland and Erwin Donvil, an experienced photographer from Belgium.

After going over the well-written articles and beautiful photos, the judges came up with the following winners:

The winner of the writing competition was Bo Bengtson, U.S., with "Were the Greats Really That Great?" which first appeared here in Dog News. First runner-up was Rolf Schettler, Germany, with "Carriage Companion Dogs." The second runner-up was Andre Heuzer, Netherlands, with "Made by Africa for Africa."

Bo Bengtson of Ojai, California, has been involved in dog shows and publishing since he lived in Sweden as a teenager in the 1960s. He has bred more than 100 champions, mostly Whippets, but also a few early Afghans and Greyhounds. He published Sighthound Review and for a few years also, in partnership with Paul Lepiane, the revered all-breed Dogs in Review. He has also written several dog books, including “Best in Show: The World of Show Dogs and Dog Shows."

"I have never agreed either with those who feel that all dogs from the past would be out of place today, nor with those who glorify the old days and say that dogs that won THEN were much better than those today,” Bo says. “In my opinion there are SOME dogs that can stand the test of time, although the style of photography and of show-dog presentation has changed so much that dogs may look more different than they are.”

"Were the Greats Really That Great?” was an attempt to address just that. “I found pictures of four Sighthounds from the 1930s-1970s — Afghan Hound Ch. Shirkhan of Grandeur, Borzoi Ch. Vigow of Romanoff, Greyhound Ch. Aroi Talk of the Blues and Whippet Ch. Highlight’s Legacy — and asked readers to consider if dogs that looked like those could win today,” Bo explains, noting that in addition to Dog News the article has been reprinted in the Swedish Judges Association’s newsletter. "It has also spawned follow-ups in breeds where I don’t feel qualified to discuss the faults and virtues of past top winners, and instead have asked a few experts to comment,” he adds. “Their remarks have been VERY educational!"

First runner-up Rolf Schettler of Germany grew up in Westphalia, where he still lives as the father of four grown children and part-time farmer on a rural estate. “After graduation from law school and working as legal advisor for several horse-breeding organizations, I entered the family company, a real estate and facility management company as CEO,” he explains. After more than 40 years as a journalist and author covering mostly equestrian issues as well as dog shows and sports, his article about carriage dogs past and present was “a mixture of both worlds – equestrian and canine.” 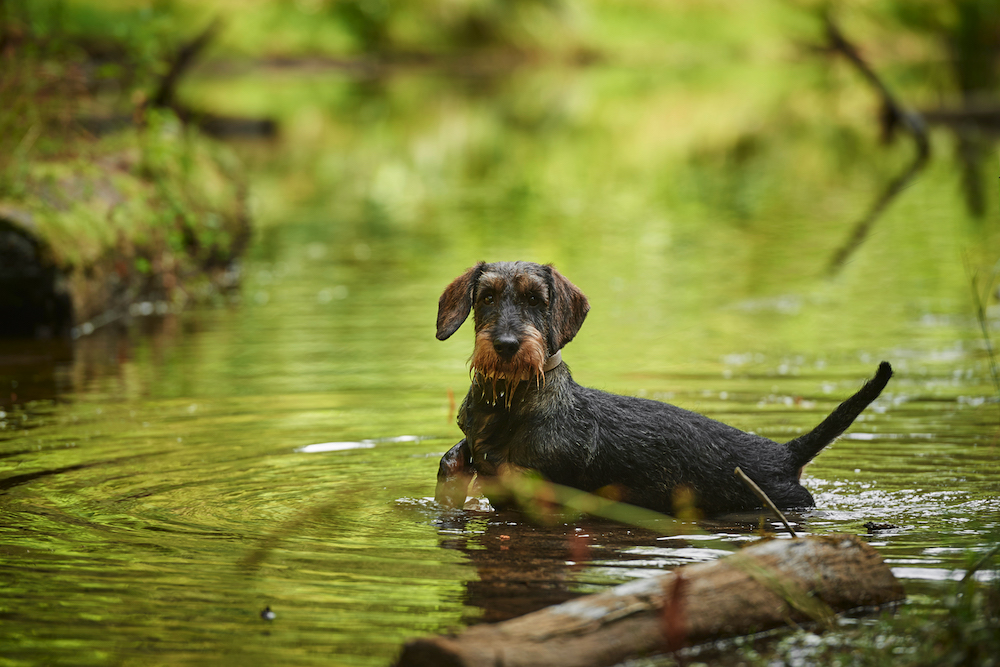 Winners of the photo competition: Mykhailo Lukianov of Ukraine has his doctorate in chemistry, but the reactions and interactions he focuses on with dogs are in the agility ring: Together with his Sheltie, Ella, he was a member of the Ukrainian national team for the 2019 World Agility Competition in Finland. Ella is also the top show Sheltie in the Ukraine.

"I began to take photos as a child, using my parents’ equipment," recalls Mykhailo, who is the owner of the From The City of Lion kennel, and founder and main photographer at Lukianov Photography. “I grew up with a German Shepherd, Laima, and now have Shelties – Ella and Honey – and a Border Collie, Alita.” First-place winner Saulius Jermolajevas of Lithuania works in marketing at his family’s spa company. “In 2005 we got our first Labrador and in 2014 our second Lab. I began to take photos with my phone and that led to getting a camera,” he explains. "My photos began appearing in magazines, and I also began to work with a leading cosmetics product company.” The first breeder in Lithuania to import a Spanish Water Dog in 2017, Saulius took this winning shot of Vasco, which has been used by the Lithuanian Kennel Club in a seminar for people who want to buy their first dog. “I love to make unposed, live photos, and this photo was the best expression of my personality as a photographer,” he says. Sadly, Vasco passed away prematurely at two and a half years old. “Life is really strange: When it seems you want to forget the sad moments, life does the opposite,” Saulius reflects. “It’s the same with Vasco – I know that we will never forget him, and he will lead us for many, many years in photos." Third-place winner and freelance journalist Heidi Lahtinen of Finland focused on another relatively rare breed. A frequent contributor to the Finnish Kennel Club’s member magazine, Koiramme, she breeds Finnish Spitz, the national breed of Finland. “The Finnish Spitz is a thoroughbred hunting dog, and its specialty is to find and alert to wood and black grouses,” Heidi explains. “It’s most enjoyable to see the dog do the work it loves most. Whether you get any birds or not isn’t so important.” “There were dogs in our family even before my birth and they accompanied me whole my life, so my love for dogs and shows was predetermined,” says first-place winner Aleksandrs Borodajenko. “The natural desire to take good pictures of my dogs has grown from a simple passion to something more. My first photographs were taken on a Zenith film camera, but then the number of frames was limited. With new cameras nowadays it is a real freedom for creativity!”

Aleksandrs reports quite happily that photographing dogs has taken up most of his life, with any given weekend finding him in a new city and country. "It is addictive and captivating like nothing else.” 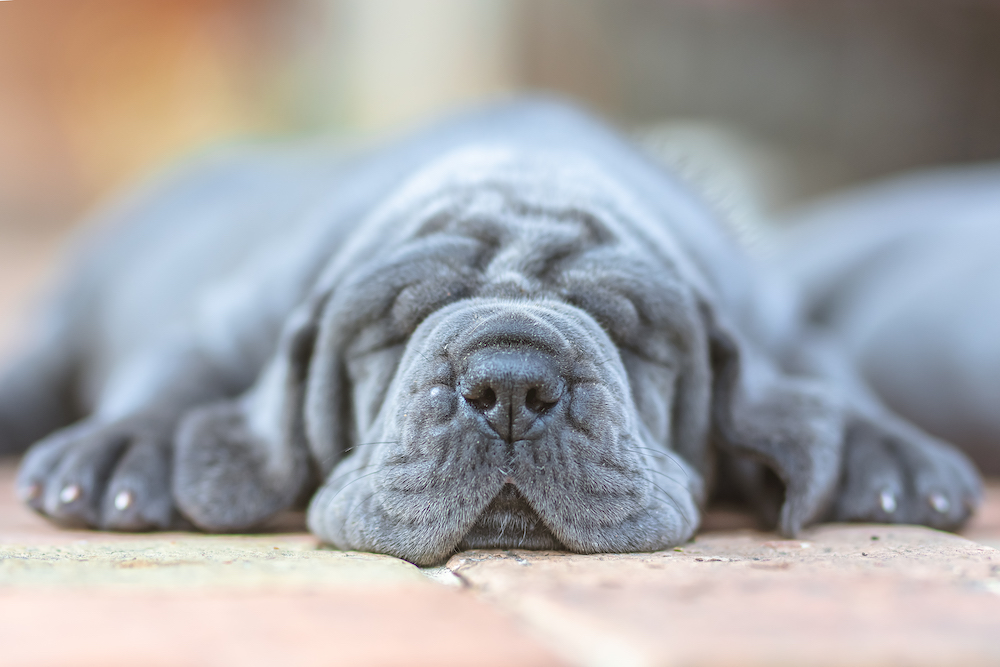 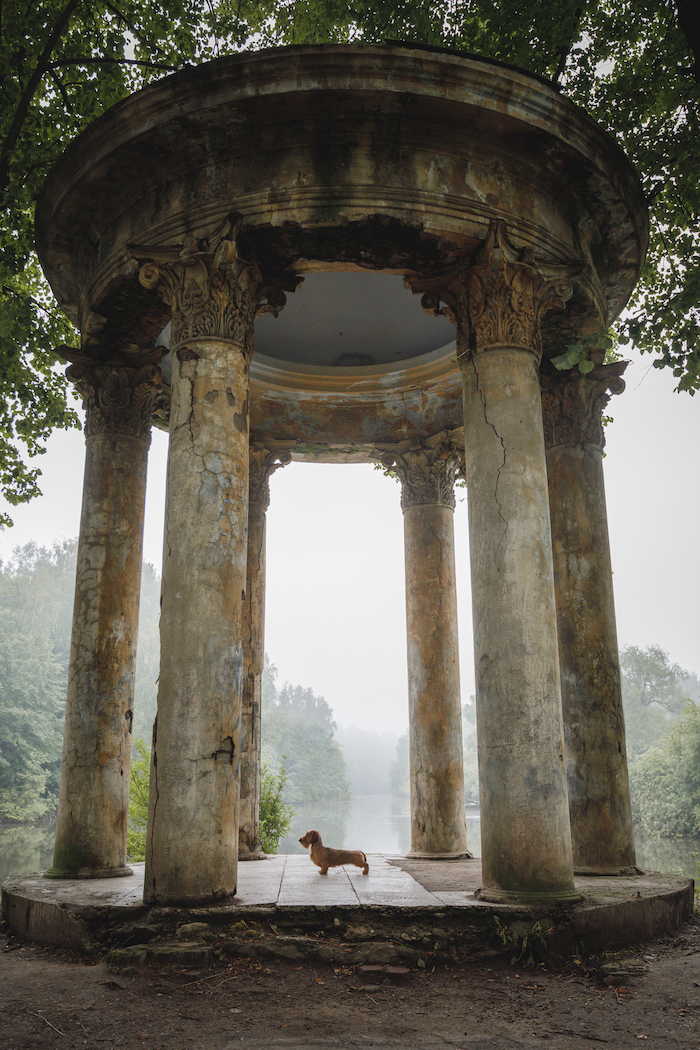 Anna Shvets of Moscow, who won first place in the Open category, took her first photo when she was ten. "My grandpa was into photography, and I inherited this passion from him,” she explains. “When I got my first dog, I started taking photos at different dog shows. In the beginning I made black and white photos just for myself. Then my two hobbies, photography and dogs, merged into a profession.”

Anna likes doing reportage photos and photos of dogs in nature most of all. Her photo of one of the top-winning Russian Dachshund, Ohitnichyi Azart Electra, was taken in a Moscow park. 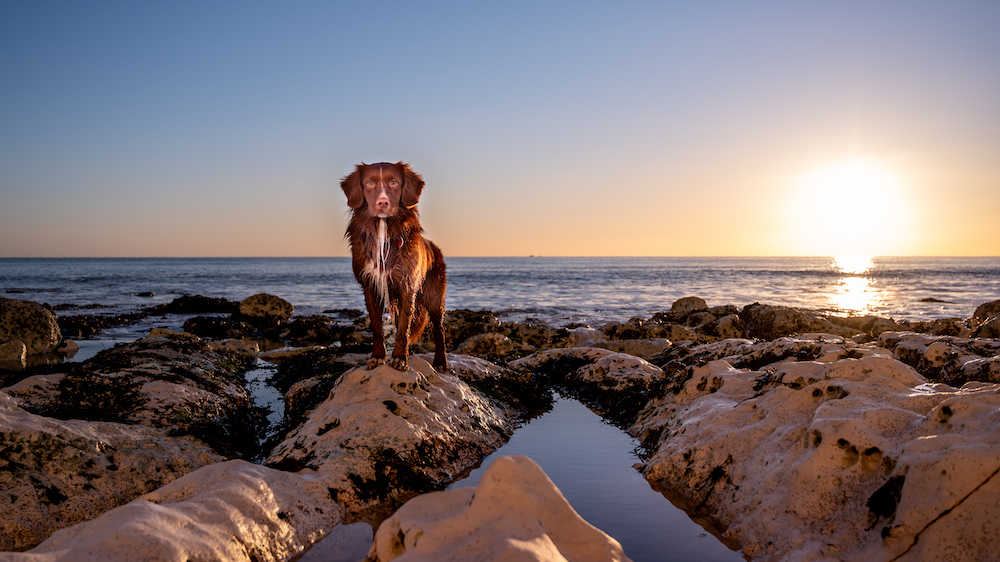 Yulia Titovets, a photographer from the U.K. whose photos have placed in all three competitions, also became fascinated with photography at a young age, when her father would use her room as a darkroom to process film. “I have loved dogs ever since I can remember, and it gives me great joy to capture memories and special moments we share with our canine companions," Yulia says. "My background in dog training, handling and showing, both as a competitor and judge, allows me to have a deeper understanding of the dogs and to build a closer connection during the photo shoots.”

We hope the next competition will coincide again with one of the larger shows, and that the WDPA photographers and journalists continue their work in these difficult times.

© Dog News. This article may not be reposted, reprinted, rewritten, excerpted or otherwise duplicated in any medium without the express written permission of the publisher.
Fri, 03/19/2021 - 8:22pm